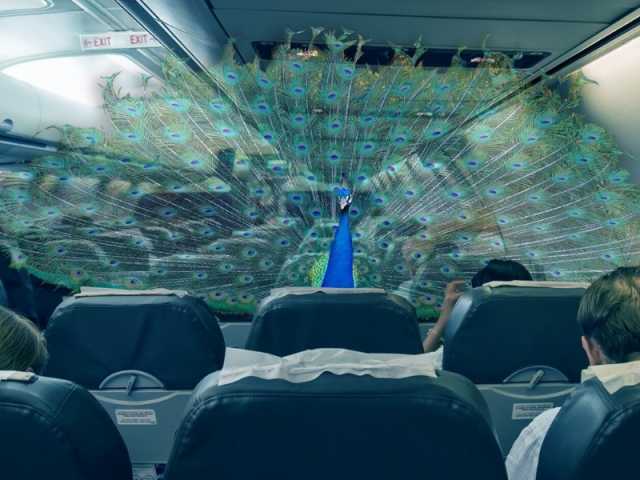 30-year industry veteran Terry Story joined us once again to go over everything that’s big and important in real estate.

Terry noted that the current real estate outlook suggested a shift from a seller’s market to a buyer’s market. Terry explained that this perception was very much based on the amount of inventory available and that the situation could change again pretty rapidly.

She also commented that the real estate situation was very different depending on the sector of the market that you’re buying in. The more affordable end of the market remains a buyer’s market, simply due to the lack of properties available in that price range. This means that listing your property is very much a matter of hitting the sweet spot. Don’t expect to sell if you’re not in the right ballpark. Pricing, like location, is everything.

The discussion then moved on to emotional support animals These supportive pets are an extremely important part of many disabled person’s lives, but Terry believes that many people are abusing the system and disturbing other homeowners with an animal that isn’t really justified. Steve and Terry had a good laugh about the possibility of a cat as an emotional support pet.

Finally, the discussion centered on the fact that home ownership in the United States has reached its highest point since 2014. This clearly indicates that the market has some momentum and also that more and more people are finding it feasible to get on the housing ladder.

Terry noted that this is excellent news for the economy in general, since the housing market is a growth engine for economic activity, such as carpentry, painting, roofing, etc. Strong homeownership numbers also tend to help create healthy and stable communities, which can only be a good thing.

Steve noted that according to the Census Bureau, the United States added about 1.7 million owner households in 2018 and lost 167,000 renter households. Some of these statistics are related to the millennial generation, who are now managing to save up enough money to purchase their first home.

This adds up to a highly promising real estate scenario, particularly as banks have responded to the previous financial crisis by ensuring that mortgages are doled out more responsibly.

So it was a good news day for our Real Estate Round-up, and we look forward to connecting with Terry again next week.

Steve Pomeranz: So there is some talk that the market has turned from a seller’s market to a buyer’s market. First of all, what’s the difference and secondly, are you seeing that?

Terry Story: Well, the difference is, obviously, when it’s a seller’s market, the sellers have the advantage, they pretty much can call the shots.

Terry Story: They’re in the driver’s seat. When it’s a buyer’s market that basically means there’s a lot of inventory, so there’s a lot of competition that the seller’s competing against, so the buyer is in the advantage.

Terry Story: It’s kind of like a tennis match, whose advantage is it? So right now, it’s not officially declared a buyer’s market because, to be declared a switch in the market, it depends on a month of inventory, how much inventory is out there.

So to break this down even in further, Steve, in my marketplace, for example, it depends on the price point. So if you’re in a $1 million-plus price point, which is the luxury market, it’s a buyer’s market. Yet, if you are in a lower price, say under $400,000, it’s very much a seller’s market. I will give you an example. I just submitted an offer with the buyer, it was listed at $319,000, one day, 16 offers.

Terry Story: So that pretty much tells you where that market’s at.

Steve Pomeranz: Is that because you are not just seeing decent homes at that price?

Steve Pomeranz: Yeah, so prices are coming down on the luxury homes, but they’re still relatively high.

Terry Story: Yes, they are.

Steve Pomeranz: And that’s the problem, there’s less people with money and I guess they’re just not willing to pay up right now.

Terry Story: A lot of it’s just not reality, they see what other people have put their homes on the market for, so they feel, well, my house is better, I should ask more. So a lot of it’s just education. But the reality is it needs to be priced right, you need to be in that sweet spot. And homes are not selling unless you’re in the sweet spot. Buyers are savvy and they’re shopping, and if they don’t see the value there, they’re not making an offer.

Terry Story: That’s the bottom line regardless of price point.

Steve Pomeranz: So if there aren’t many 300-plus houses of decent quality available, where is the real price in your market of kind of your basic-

Terry Story: Well, the value market or what we call the balanced market would be in the 500 range. It starts to transition after 600,000.

Steve Pomeranz: All right, I want to change direction here because we saw this article about support animals and these are emotional support animals. And it was actually a question which was posed, a question that was posed. And the question was: I understand our association has to make reasonable accommodations for people who have support animals, but do we have to have their dogs in their clubhouse, cafe, and other amenities? And I think they’re talking about these emotional support dogs, not the disability.

Steve Pomeranz: Yeah, okay, so you work with these kinds of communities, are you seeing a lot more of these ESAs?

Terry Story: Yes, and a lot of people, a lot of the buyers, say, I have a pet, that I want to bring my pet to the community. So unfortunately, a lot of people are abusing it and they’re getting letters and now they claim their dog is an emotional support animal and they’re getting away with it. I had a situation recently where she claimed it was an emotional support animal, and truly I believe it was for her, but it’s not the husband’s, it was hers.

So here he is at the pool with the emotional support animal without the wife. And somebody stood up and said, hey, dude, you need to leave with the dog, that’s your pet, it’s her emotional support dog, you can’t be here with it. So there’s a little bit of hostility.

Terry Story: [LAUGH] In some of these communities, and I get it because dogs bark all night.

Steve Pomeranz: Well, it’s more than that. It’s one thing if you have a disabled person and they need the dog as a service dog, they’re well-trained.

Steve Pomeranz: But it just seems that it has gone, oh, past that.

Steve Pomeranz: Another category has been created and I’m sure there are people with psychological issues that need these.

Terry Story: Absolutely, there’s no question and I know a lot of people that have emotional support animals and they’re great, but there’s a real need for it. The rest, quite honestly, it’s hogwash. [LAUGH]

Steve Pomeranz: [LAUGH] Tell us what you really feel.

Steve Pomeranz: Now, I was talking to my producer, Erica Stimolo, and she said that she has an emotional service cat.

Terry Story: Oh, not cats, they have to be a dog. [LAUGH]

Steve Pomeranz: And I was saying, I think that’s impossible, to have an emotional-

Terry Story: No, dogs, you can, dogs’ll let you love on them, cats are a little skittish.

Erica Stimolo!: Come on, it’s not an emotional support cat.

Erica Stimolo!: I was saying any animal could be an emotional support.

Steve Pomeranz: [LAUGH] Pet pot belly pigs, all right, so changing gears once again. This is very good news, US home ownership has hit its highest level since 2014.

Terry Story: Yeah, that’s great news. It’s really good for the economy. When you have such high numbers, that means, first of all, you’ve got a lot of private ownership in neighborhoods.

Terry Story: You then have people renovating their homes, so it keeps carpenters, painters, roofers, a lot of-

Terry Story: It’s absolutely wonderful for the economy, and it’s healthy, and it creates stability in neighborhoods.

Terry Story: And this is what we’ve, as Americans, it’s the American dream, so it’s something that we want. We just have to make sure that it’s responsible home ownership, which is what we weren’t back before the crash where we allowed a pulse to be able to get a mortgage.

Steve Pomeranz: Well, the amount of borrowing against the value of the home and also relative to the income of that person was questionable.

Steve Pomeranz: And the banks are no longer doing that.

Terry Story: No, it’s very healthy, there’s a lot of equity in the homes, so it’s all good.

Steve Pomeranz: The United States added about 1.7 million owner households in 2018 and lost 167,000 renter households according to the Census Bureau.

Terry Story: Yeah, so basically what that tells me is we’re not converting a lot of renters to homeowners and to be honest with you I think a lot of that has to do with lack of education. I don’t know that renters really realize that they can purchase a home with 3% down.

Terry Story: And if you break it down into what a payment would look like, in many cases, it’s a lot cheaper to own a home payment-wise-

Terry Story: Versus renting and you can do it with as little as 3%. So I think a lot of it is lack of education, and then the Millennials, of course, they’re saving up money, they’re purchasing houses, and that’s why we see that number higher.

Steve Pomeranz: Many of them are double income.

Steve Pomeranz: So we used to call them DINKs.

Steve Pomeranz: Yeah, there were DINKs.

Steve Pomeranz: And there were SILKs.

Steve Pomeranz: So DINKS were double income, no kids, and SILKs were single income, lots of kids.

Steve Pomeranz: And with that, we end our episode with Terry Story, a 30 year veteran with Keller Williams located in Boca Raton, Florida, and can be found at terrystory.com.

Steve Pomeranz: Thanks for having me, Steve. 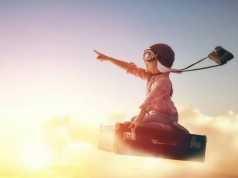 The Fun Way To Help Your Kids Become Successful Entrepreneurs 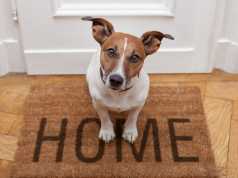 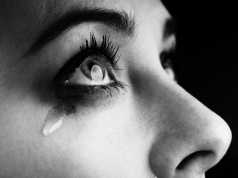