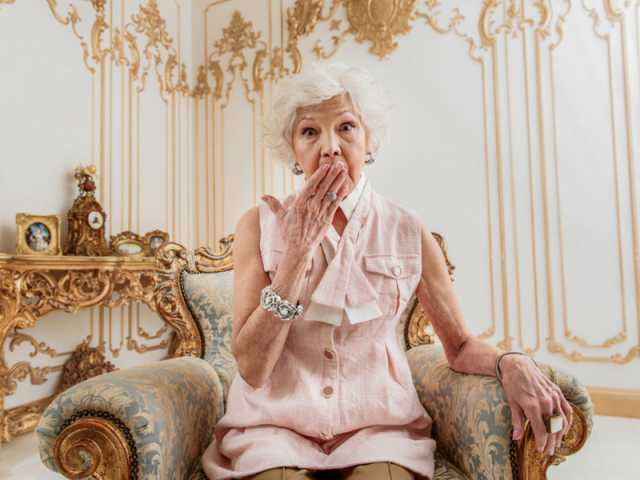 Luxury home buyers from colder northern climes are sharply driving up prices in Florida.  According to Realtor.com’s May 2018 Luxury Home Index Report, the nation’s top 5 fastest growing luxury markets included Florida’s Sarasota, Collier, and Broward counties.  Prices of entry-level luxury homes were up 19% in Sarasota, 14% in Collier, and 9% in Broward.

Realtor.com’s data shows that Florida is attracting luxury buyers from upscale areas in Chicago, Boston, the Hamptons, and parts of New York City.  Luxury buyers see better value-for-money in Florida real estate than in their own states.

HOA Overreach Or Business As Usual?

An HOA resident purchased a condo 15 years ago with hurricane shutters already installed.  Now, the new property manager says the shutters have no Architectural Approval on file and must be taken down.  Does the HOA resident have to comply?

Unlike many HOA horror stories, this one has a happy ending.  According to Gary Singer, the shutters can remain installed.  Due to the importance of hurricane preparedness in Florida, the HOA cannot make the resident remove his shutters, as long as they are maintained and in working order.

Singer notes that the HOA board cannot retroactively make David fix issues from 15 years ago.  The HOA did not act within a reasonable time of the shutters original installation date.  Therefore, the HOA has lost its right to act now.

Steve suspects the HOA board may have a friend in the window shutter business, whom they are promoting.

Who Pays To Move Encroaching Fence?

Another homeowner, Stan, writes to Gary Singer to ask if he’s liable for an encroaching fence that came with the house he bought a year ago.  Stan’s fence encroaches  two feet on the neighbor’s property.  The neighbor now wants the fence relocated.  Does Stan have to pay to have the fence moved?

This question, alas, does not have a happy ending.  In this case, Stan failed to bring this issue to the buyer’s attention at closing.  With the sale complete, Stan has full responsibility for the house and will have to pay to have the fence moved.

Stan’s question underscores the importance of understanding real estate contracts and making sure everything is covered.  This is where real estate professionals can help make sure seemingly unimportant issues do not cause significant problems down the road.

Switching gears, Terry has some important advice for landlords.  When doing rental paperwork on your property, do not be overly casual.  Make sure you rent to someone who is legitimate and can afford to pay you on a regular basis.  To that end, get a copy of your incoming tenant’s Social Security number, pay stub, and driver’s license.

Moreover, if your tenant decides to skip town, you will have a better chance of tracking them down.  If you think this doesn’t happen, think again!  Terry has lots of stories of delinquent tenants stealing away in the middle of the night!  This is where a local rental realtor can help make sure you get the right tenants.

Steve Pomeranz: It’s time for Real Estate Round-Up. This is the time every single week we get together with noted real estate agent, Terry Story. Terry is a 29-year veteran with Keller Williams located in Boca Raton, Florida. Welcome back to the show, Terry.

Steve Pomeranz: And you are once again in the house?

Steve Pomeranz: Okay, hey, I read an article that was talking about two counties that I was not familiar with in Florida, where the top 5% of the most expensive homes have grown by 19 and 14%-

Steve Pomeranz: So let’s talk about those counties now.

Steve Pomeranz: Let’s move there. Where are they? Who are they?

Steve Pomeranz: Okay, so where is Sarasota County?

Terry Story: It’s south of Tampa by about 75 miles.

Terry Story: Yep, yep, and then Collier County, which is also known as East Naples.

Terry Story: On the other side of the swamp.

Steve Pomeranz: It’s where all the alligators go for vacation, I guess. All right, so this is important because these are now hot markets, especially the top tier. There’s a lot of people moving down from the north, realizing that they can get much more for their money.

Steve Pomeranz: And they can enjoy Florida sunshine and get away from the cold weather and all this in those two counties. But Broward County’s doing quite well as well. I think Broward County saw a 9% year over year increase in prices as well.

Terry Story: That’s right, it was ranked, actually, number 19 on the list. So that’s good.

Steve Pomeranz: Okay, I thought that was important. Let’s get to my favorite segment, which is your real estate survival guide, where I get to ask a question, and you get to answer it. Of course, I want to give credit to Gary Singer here, the writer of Sunset, who really writes this stuff.

The shutters can remain. Due to the importance of hurricane preparedness, the law states that while the board can adopt specific guidelines for shutters, it cannot prevent their installation or replacement. So your association cannot make you remove your shutters at this point as long as you maintain them in their working order.

Steve Pomeranz: Yeah, but I mean, I don’t understand, they’re going to make them remove them and then do what, have to replace them again? Now that doesn’t make sense.

Terry Story: Yeah, they waited too long. You can’t wait 15 years and expect…no, it doesn’t work that way.

Steve Pomeranz: I think the property management has a friend in the business, I think that’s what’s going on there.

Steve Pomeranz: Exactly, all right, next question. Next question is the seller’s fence is over the line. Here’s the question: We bought our home a year ago with a fenced in yard. Recently our neighbor demanded that we remove the fence from his property, stating it is two feet over his line. I looked at the closing papers and saw that this survey does show our fence is on his property. The fence company, the seller in our title company are telling us they will not help. We bought the house this way, and it does not feel right for us to have to pay to have the fence moved, do we?

Terry Story: Here’s the answer, yes. Now, what you have to understand is all of this is actually covered in contracts. When it comes to these fences, now, I don’t know how large this parcel of property was. Two feet in my yard would be huge.

Steve Pomeranz: Yeah, I got you. If you have five acres it does, it’s not so much.

Terry Story: Exactly, and it is so common to see on the surveys fences right on the line. It goes a half inch in the neighbor’s yard, a half inch the other way.

Nobody really cares about that.

Terry Story: Two feet, that’s kind of a big deal. Again, not really knowing if this is ten acres, but what have you. Yes, unfortunately, it should’ve been brought to the buyer’s attention at closing.

Steve Pomeranz: That’s what I was going to say. Yeah, but if they had lived there for a long time, and there was no contention, if the other owner had said something, they should’ve disclosed it.

Steve Pomeranz: If nobody ever said anything and all of a sudden-

Terry Story: And nobody knows and it’s not till you do a survey, but I suspect that there’s more to this story.

Terry Story: Right, if you were asked to. And most people won’t even ask because, again, it’s usually just a couple inches.

Steve Pomeranz: Well, the thing is, if it’s two feet, and that’s a lot, it’s a lot on their side too. So they’ve lost two feet.

Terry Story: And maybe the guy will split it, depends on how bad the fence is, if it’s deteriorated and falling apart, or who knows?

Steve Pomeranz: Yeah, well, fences aren’t too expensive. Okay, let’s move on. When a person goes to rent and gets a rental property and they get it from an established company that is in the business of rentals, they require certain types of paperwork.

Steve Pomeranz: The small rental person is more casual about it, the mom and pop. Let’s say you had a condo. You move someplace else, and now you’re renting out your old condo…some paperwork that people are not getting signed and they need to, what is that?

Terry Story: You really want to have a copy of their Social Security number, pay stub, and driver’s license.

Steve Pomeranz: Yeah, I think it’s kind of hard to ask for those things. I mean, I wouldn’t feel comfortable.

Terry Story: Well, if they want to rent from you, they will. And if you’re going to a fill out an application, they’re going to ask for those things.

So, asking for these things is not unusual.

Terry Story: Well, first of all, if you have their pay stubs, you’ll know that their income supports what they rent, correct.

Terry Story: And then you know where they work. And the whole key to wanting all this information is if they skip town, you want to be able to track them down if a judge has to go after them.

Steve Pomeranz: And man, man, that does happen.

Terry Story: And it does.

Terry Story: Well, more reason why you need to hire a realtor to help you with your leases. They will get the information.

Terry Story: Versus, yeah, I’d feel uncomfortable giving it to mom and pop too.

Steve Pomeranz: Right, and then the driver’s license, I mean, that’s pretty standard, I don’t think-

Steve Pomeranz: It doesn’t sound too dangerous to me.

Steve Pomeranz: Yeah, all right, my guest as always is Terry Story, a 29-year veteran with Keller Williams located in Boca, and she can be found at terrystory.com. Thanks, Terry.