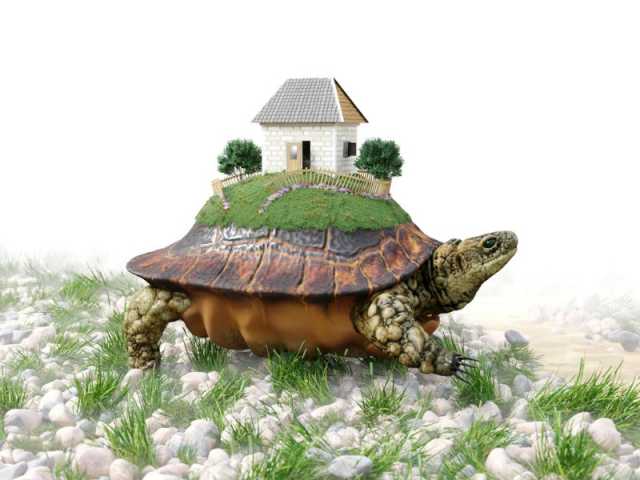 Surprisingly, people she knows also seem to have noticed a slowdown, even though there haven’t been a lot of newspaper or magazine articles proclaiming slowing real estate sales.  If you look deeper, you will see articles in real estate publications that say a shift is coming.  Terry also notices a lot more For Sale signs in neighborhoods, signaling that homes aren’t selling quite as fast as they used to.

The positive side is that housing inventory finally seems to be increasing, with more people listing their homes for sale.  Terry attributes the slowdown to rising mortgage interest rates and to home prices having risen too high, too soon, with some buyers hoping prices and/or rates might come down.

As a result, buyers are a lot more selective and cautious.  In parallel, with more homes on the market, sellers have to price their homes more competitively.  With slowing home sales, the needle is moving toward a buyer’s market, but it’s not there yet.

In Boca Raton, it’s definitely a buyer’s market for homes above $1 million.  Terry calls the market “stable” in the $500K – $600K range.  Properties in the $350,000 range are more affordable and continue to attract multiple offers.

Mortgage Rates Are Hard To Predict

Steve reminds Terry that even the experts have long been wrong about the direction of interest rates.  Rates have stayed persistently low over the past five years, despite pundits’ predictions to the contrary.

The 10-year Treasury bond, a bellwether for mortgage interest rates, has stayed low for a long time.  At its lowest over the past decade, it was at about 1.8%.  It then did a slow crawl into the 2% range, hovered around 2.75% for a really long time, and then moved to 3%.  In October 2018, the 10-year nudged up to 3.25%.  A dip in stock prices likely also boosted demand for bonds, driving down its yield.

Through it all, mortgage rates rose about one percentage point.  Where they go next is anyone’s guess.

Housing data shows that typical monthly mortgage payments have risen by about $125, on average, to buy the same house today compared to 2017. That’s a hefty rise of 15.4%, translating to an additional $1,500 per year, which is significant for people making the median income of about $60,000 per year.

Given Terry’s 30 years in real estate, she’s seen a few cycles.  Home prices peaked in 2005, then dropped precipitously, and are now back up to well above their 2005 highs.  Terry thinks current highs are part of routine cyclicality and do not point to a bubble.

Advice For Contractors In A Slowing Housing Market

From a general contractor’s viewpoint, home sales are good for business.  That’s because homeowners remodel their homes before putting them up for sale, and buyers often undertake major remodels after they buy homes.  But if home sales slow down in 2019 as projected, contractors will likely see a drop in projects.  In such cases, the best a contractor can do is ramp up advertising to get a little bit more market share.

To get up to date on all your weekly real estate news and for answers to nagging real estate or HOA questions, log on to Steve Pomeranz’s Real Estate Round-Up.

Steve Pomeranz: It’s time for Real Estate Round-up. This is the time every single week we get together with noted real estate agent Terry Story. Terry is a 30-year veteran with Keller Williams located in Boca Raton, Florida. Welcome back to the show, Terry.

Terry Story: But they are slowing down.

Terry Story: Yes, absolutely, and it’s amazing how many people just still stop me in the street or people that I know and ask me about it because they’re seeing it.

Steve Pomeranz: They are?

Terry Story: Because I haven’t seen a lot of written articles about it-

Steve Pomeranz: I haven’t either.

Terry Story: In the regular newspapers, but if you were looking deep in the real estate papers, you’ll see articles that are saying, hey, there’s a shift coming. All you have to do is, if you’re in a neighborhood with for sale signs, look around. You’re going to see more and more for sale signs.

Steve Pomeranz: So the inventory which you’ve been complaining about now for ten years.

Terry Story: I know, I know.

Steve Pomeranz: The lack of inventory.

Terry Story: It’s healthy, we need the inventory, so that’s a good thing.

Steve Pomeranz: Yeah, so inventory, but more people have their homes listed for sale.

Steve Pomeranz: So inventory is loosening up.

Steve Pomeranz: But buyers buying, the amount of buyers is reduced, perhaps. We don’t know that.

Steve Pomeranz: But for what reason? Why do you think there’s a problem?

Terry Story: And so it goes for a while where they’ll jump with both feet because it’s rising.

Terry Story: I think, to be honest with you, I think they’re thinking, oh, it’s going to come back down. So I think some people might just be sitting there waiting.

Steve Pomeranz: Yeah, well, I’ll tell you, the whole interest rate thing has been crazy because we were, first of all, experts, quote end quote, have been predicting rising interest rates, I think, for the last five years.

Steve Pomeranz: And I’m speaking specifically about the ten-year Treasury bond which is kind of the bellwether for all this. And there was a point where it was 1.8% and then it was in the 2s. And then it hovered around 2.75% for a really long time and then it moved to 3. And it’s like, okay, this is it, start your engines. So then, in the last month, it went to 3.25. And that’s when all of these stories were coming out about rising interest rates and the higher cost of mortgages. Mortgages rose about a point, and so on. But really, October has been a very bad month for the stock market. And when money comes out of the market, it’s got to go somewhere.

Steve Pomeranz: And it goes into Treasuries. And a lot of that is in the ten-year Treasuries that dries up the price of the bond. Which drives down the yield of the bond, so, therefore, now rates are back down. So this idea about having rising rates that will affect the mortgage market, at this point, I still think it’s a 50-50 possibility. It doesn’t seem like the market is recognizing any facts which would tend to definitely make it go higher at this point. So my point is that mortgage rates have risen, but I can’t really say for certain what the trend is anymore. They may have stabilized here.

Terry Story:  It could be. And from my end, what I see is that the prices have accelerated. We’ve kind of peaked out. So we’re getting a pullback.

Steve Pomeranz: Yeah, which is healthy.

Terry Story: And with the combination of the higher interest rate and the higher purchase price, it’s starting to pull back. And the buyers are watching this. They’re online, they’re looking at the properties. They’ll definitely pull the trigger if they see something that they like. But they’re now starting to become a little more selective. So it goes back to condition. If you’re going to sell your home in this market, as more inventory comes on, you need to be a lot more competitive.

Steve Pomeranz: Are we moving then to a more of a buyer’s market now? We’re not there but-

Steve Pomeranz: Yeah, because those are still pretty affordable.

Steve Pomeranz: However, we have some statistics here which we were going to get to later, but I think now’s the time, typical monthly payments. Well, let me put it a different way. It costs $818 a month more, on average, to buy the same house today than it did in 2017. That’s a rise of 15.4%.

Terry Story: Which is a lot more.

Steve Pomeranz: Yes, so that’s 1,200 a year or something like that.

Steve Pomeranz: Right, so there are numerous factors which are leading to this. But you’ve been in the market a long time, in the real estate market for 30 years, right?

Steve Pomeranz: As have I-

Steve Pomeranz: In the stock and bond markets, right?

Terry Story: Now, this is not a bubble. This is just a cycle. And that’s important to put things in perspective.

Steve Pomeranz: Well, we were talking about that before because a lot of homes now are worth more than they were at the top of the last cycle, we’ll guess that was 05.

Steve Pomeranz: And now 10 years later, well, 13 years later, they’re break even or better. That’s not great, that’s for sure. But what’s different is what was a bubble 13 years ago now because incomes have risen-

Steve Pomeranz: And just the cost of living generally has risen, in a sense, the inflation on the home has not.

Terry Story: Has not increased as much.

Steve Pomeranz: So now all that other stuff is catching up with it, and that’s the way markets work.

Terry Story: Yep, so it’s a healthy thing right now. Depends on what side of the coin you’re on, if you’re a buyer or seller.

Steve Pomeranz: Very true, as always the case. Let’s stop here for a second. All right, so we’re talking about slowing of the sale of homes. What is the prediction for if you’re a general contractor? Or the degree or the rate at which people are going to be remodeling their homes now?

Terry Story: Sure, well, when you think about it, when you’re getting ready to put your home up for sale, a lot of remodeling is done then.

Terry Story: And then when you move into a house, a lot of remodeling has been done then. So the contractors have been extremely busy. But the projections are for 2019, we’re going to start to see that these guys are going to slow down quite a bit. So if you’re in that business. [LAUGH]

Steve Pomeranz: Well, there’s not much you can do, but at least be aware.

Terry Story: Be aware that there’s-

Steve Pomeranz: Or up your advertising and get a little bit more market share.

Steve Pomeranz: Okay, smart lady. My guest as always is Terry Story. A 30-year veteran with Keller Williams located in Boca Raton, Florida. And she can be found at terrystory.com. Thanks, Terry.