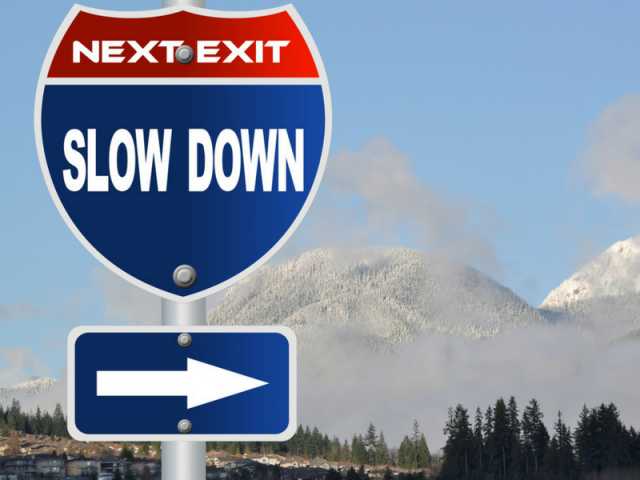 Signs Point To Slowdown In The Housing Market

With real estate data pointing to a slowdown in the housing market, Terry Story and her realtor colleagues believe the housing market may be due for a bit of a correction.  Terry, for example, has seen downward price adjustments on several houses.  Demand still outstrips supply, but prices have risen to the point where buyers aren’t willing to, or can’t afford to, pay the high asking prices on homes.

Moreover, the rate of home price appreciation has far exceeded the rate of income growth, making homes less affordable.  This has led to home prices hitting a ceiling and retracting a little.

Housing data indicates an uptick in inventory in some regions.  Inventory is up 12 percent in California and up a whopping 24 percent in Seattle.  Higher inventory is a tell-tale sign that buyers are looking at prices more carefully.

In 2005-2006, prices kept climbing higher as easy money flowed into the market.  Hence, this pullback points to a slowdown in the housing market.  This could be a sign of a healthy, self-regulating market.

According to Terry, it is still a seller’s market in the $350,000 range.  Housing appears to have balanced out between sellers and buyers in the $600,000 price range.  It’s still very much a buyer’s market above the $1 million mark.

Sellers are no longer waiting for buyers to come in at their listing prices.  Instead, they want their houses sold quickly and are willing to lower prices to make the sale go through.

Drawing an analogy to football, Terry believes the housing market is somewhere in the fourth quarter of the real estate cycle.

The rise in home prices and mortgage rates and the slow pace of wage increases appear to have contributed to this current slowdown in the housing market.

Next, Steve moves to his favorite segment, The Real Estate Survival Guide.  Here’s his question for Terry:

When a buyer and a seller enter into a contract, how does the law treat both parties when it comes to the terms of the contract?

Terry says the law follows the terms of the contract and holds both parties equally accountable.

The biggest item in most home sale contracts is the 30-day mortgage contingency. Home buyers have to obtain a mortgage within 30 days.

If buyers don’t cancel the contract within 30 days and still don’t have a mortgage, they should get an extension for the mortgage commitment or remove that contingency.  If not, they stand to lose their deposit.

This is where a good agent can keep the buyer on track. By requesting an extension, the buyer does not lose the deposit and still has time to close the deal.  A good agent monitors all dates and deliverables and understands that time is of the essence.

If you are in the market for a home, make sure you understand the commitments you make.  With housing contracts, the devil lies in the details.  Such nuances highlight the value of working with a good agent.

Steve Pomeranz: It’s time for a Real Estate Roundup. This is the time every single week we get together with noted real estate agent, Terry Story. Terry is a 29-year veteran with Keller Williams located in Boca Raton, Florida. Welcome back to the show, Terry.

Steve Pomeranz: We’re starting to see signs that maybe the housing market has peaked. What’s going on there?

Terry Story: Yeah, we’ve talked about this several times and you’ve asked me, what do you see, what’s going on out there? And I’ve said on several occasions it just feels a little off.

And consulting other agents and getting their feedback, they’re saying the same thing. And basically, what we’re saying is we are starting to feel a little bit of pullback or a holdback, and there are some real telltale signs. One of them for me personally is to see how many homes you’re seeing price adjustment on?

Terry Story: So, I think what we’re seeing is a situation where the buyers, the demand is very high, the buyers are still out there. But everyone gets to a point where you can’t afford to go any higher.

Terry Story: And the rate of appreciation on homes it’s been greater than the incomes in growth.

So therefore, you hit a ceiling. And I think in a lot of cases, we have hit that ceiling; we’re seeing a little bit of a retraction. Some of the numbers are suggesting inventory starting to climb in other areas of the country. For example, California is up 12%. Another is Seattle is up 24%.

So those are real telltale signs that things are coming back a little bit.

Steve Pomeranz: Which is good. I mean it’s a sign of a healthy market back in 05, 06, prices were rising, everything was crazy. And the market stopped paying attention to the realities. So, what happened?

It kept climbing higher, people kept borrowing money in order to buy more properties and pay them and it spiralled higher upward and upward, and then it crashed. It’s very natural, it’s a good mechanism for a market to act like this-

Steve Pomeranz: So this is normal.

Terry Story: And then, if you go above that mark, say if you go to the million-dollar mark, we’re starting to see very much a buyer’s market.

But if you go down to the say, 3, 400,000 very much still a seller’s market. So it all depends on the price category and location.

Steve Pomeranz: So if the markets were more liquid and this was like buying stocks or something like that you would say, sell your mid-priced, and buy your high-priced because it’s a seller’s market on the mid-price.

Steve Pomeranz: But on the million and over, it’s obviously affordability, but putting that aside, but if it’s a buyer’s market then you’ll get a better value.

Steve Pomeranz: Okay, interesting. And I guess you said you notice a lot of price adjustments, and I think that people are just saying there is no point in waiting until someone hits your bid, hits your offer price.

Let’s get this house sold. And again, that makes a lot of sense. What’s forcing it, though, the big time is interest rates, right?

Terry Story: Absolutely. And I think what’s going to happen if we start to see these price adjustments sellers out there like, Jeez, I really wanted to move.

Maybe this market isn’t moving upward anymore, it’s more lateral or a slight increase. It’s really if we’ve come to the peak or near peak because you can never really call it until hindsight. And I’ve said this all along, we’re in the fourth quarter. I don’t know if we’re in the beginning of fourth, middle fourth, or we’re at the goal line [LAUGH]

Terry Story: In a football game in relationship to the-

Steve Pomeranz: Well, I just read earlier today that this expansion that we’ve experienced in the country is very soon going to be a record time.
And so we’ve got, we’re definitely not in the first inning. We’re probably in the latter innings.

Steve Pomeranz: So watch out for those telltale signs.

Steve Pomeranz: So we were talking about more inventory becoming available when you mentioned a couple things on the West Coast. But let’s take a quick look at how much existing sales have increased or decreased-

Steve Pomeranz: Yeah, these are averages. But you get the point, is the arrow pointing up or pointing down?

In the case of South Florida, it’s just existing home sales are decreasing.

Steve Pomeranz: And so, there’s some pressure about buyer’s affordability and the like.

Steve Pomeranz: So all right, I think we’ve discussed that probably more than we should have,

Steve Pomeranz: Yeah, so let’s talk about kind of the favorite stuff that I like to talk about, Real Estate Survivors Guide stuff.

Steve Pomeranz: So here’s a question for you. When a buyer and a seller enter into a contract, how does the law treat both parties when it comes to the terms of the contract?

Terry Story: Well, the answer is always, whatever is written in the contract.

Terry Story: [LAUGH] So depending on what clause you’re referring to.

Steve Pomeranz: Well, what happens if you just skimmed it over?

Steve Pomeranz: And you didn’t really read it all that closely or so?

Terry Story: Well, it’s okay if nobody cares and buyer and seller are totally cool, but if somebody decides, hey, wait a minute, I want to get out of the deal. That’s when you really need to know what you signed. For example-

Terry Story: Okay, the biggest item here is most people get mortgages and with a mortgage most people have in there a 30-day contingency. They have to obtain a mortgage within 30 days.

Well, if you exceed that 30 days, and you don’t cancel the contract because you didn’t say, hey, I didn’t get approved for my finance, I don’t have that approval yet. You’re on the hook. And when I say you’re on the hook, that your deposit is on the line.

So by that 30th day, or whatever date you have written in that contract, you need to either get an extension for a mortgage commitment or remove that contingency.

Steve Pomeranz: Because in a contract it’s basically saying, hey, you’ve got to formally-

Terry Story: Say you didn’t get it or you need an extension to obtain it.

Steve Pomeranz: You’d have to give written notice-

Terry Story: Otherwise, your deposit is in jeopardy.

Steve Pomeranz: I think that’s where a good agent comes in.

Terry Story: Absolutely, a good agent will be monitoring the dates, especially. There’s so many critical dates. Time is of the essence in most contracts. And if something says ten days, we need ten days.

Steve Pomeranz: As always I’ve been talking with Terry Story, a 29-year veteran with Keller Williams located in Florida.

And she can be found at terrystory.com, thanks, Terry.