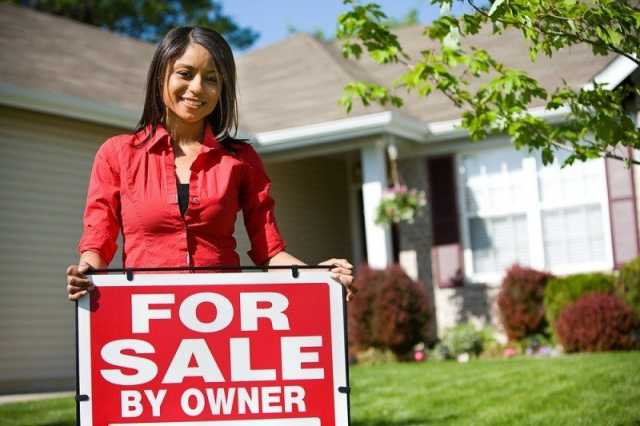 If you’re selling your home, pricing it so that you have multiple offers coming in at the same time is a dream situation for you. Terry says that although there are no rules in this new real estate game, a professional can best handle the negotiations and get you the best deal. Pricing your home just at or slightly lower than market price can unleash a flurry of offers and result in a bidding war of sorts where buyers become competitors all lining up to win the prize. Negotiating can become complicated and the homeowner can get caught up in making promises and accepting an offer that may not be solid or even be the best one on the table. Terry cautions that an offer is only good if it’s in writing and signed, so no matter how appealing an offer might be, a verbal agreement won’t hold up in court. And a first offer, unless it’s signed, holds no water in this scenario.

Men’s homes gain value more than women’s homes? How can that be? Terry explains that it’s generally the case, perhaps because men make more money and buy more expensive homes than women who often are also handling work and child rearing.

This week’s Ask A Real Estate Pro question concerns the rights of a single condominium owner versus the good of all. In this case, one owner refused to vacate his condo (citing health and financial reasons) so that the building could be tented for termites. Conflicting rights are at play here and Terry says a solution outside of litigation must be agreed upon. Perhaps special arrangements could be made to accommodate the legitimate issues of the opposing tenant. These potential conflicts of condo living should always be considered before purchasing.

Steve Pomeranz: It’s time for Real Estate Roundup.  This is the time every single week we get together with noted real estate agent, Terry Story.  Terry’s a 27-year veteran with Coldwell Banker located in Boca Raton, Florida. Welcome back to the show, Terry.

Steve Pomeranz: A few weeks ago, we were talking about handling multiple offers. In other words, in a seller’s market like this, if you price your home correctly, you may get multiple offers all at once.  I’m going to ask you the question, as a seller, how do I handle that properly?

Terry Story: That’s always music to my ears, Steve.  It’s fun to watch.  Basically, what happens is, first of all, there are no rules.  There are ways that your agent will suggest how to do it, but the way that I handle it is this.  You let all the offers come in.  You’ll know that you have these offers coming in, then you’ll give a deadline.  You’ll say, for example, “All right.” You’ll go back to the people that have made the offers and say, “I want your highest and best offer by tomorrow at twelve noon,” or whatever you want the deadline to be.

It gives them time for the agent to go back to the customer and try to tidy up their offer, make it a lot stronger, more palatable, give their highest and best price.  Then you go back to the seller, you sit down with them, you share all the offers, and you go through each one individually.  The beauty in this is that you have the buyers really putting their best foot forward.  They’re tightening up their inspection timelines, they’re tightening up their close dates, they’re throwing more money down.  They’re doing everything they can to win this.

Rather than you, as a seller, going back to one buyer, if you only had a single offer, and trying to tell them what you want, you now have a whole array of different offers with probably better terms than you would have even thought of.

A lot of people feel like, “Well, I made the offer first, you have to come back to me first.” That’s not the case.  An offer’s only good if it’s in writing, there’s also intention and good faith and all of those things, but just because a seller verbally accepts your offer, unless it’s signed and in writing, it doesn’t hold any weight.

Steve Pomeranz: I would say, as a seller, just be careful.

Terry Story: I would not tell someone, “I’m going to accept your offer,” because, “Do unto others,” because that’ll come back to bite you.  Don’t do that.  I don’t encourage that.

Steve Pomeranz: It’s not going to hold up in a court of law, but a verbal offer is a personal statement of faith.

Terry Story: Absolutely, of your intention, and the kind of person you are, and everything else. Yes, multiple offers are fun.

Steve Pomeranz: I know. I bet you must love them. What I learned about this a few weeks ago when we talked about this was, instead of pricing your home higher than what you want to get…I think we used an example of, let’s say, you want three hundred or something, you price it at three ten or three fifteen, assuming that you’re going to be negotiating somewhere in between.  I think you put forth a very clever strategy and say, “Price it at the market, maybe slightly below, and then try to attract multiple buyers that way.  Then let them bid up the price as they compete against each other.”

Steve Pomeranz: You’re seeing that in your marketplace, right?

Terry Story: We see it all the time.

Terry Story: The hard part is letting somebody down.  You have to call the other agents and let them know they didn’t get it.  It’s always heartbreaking because, unfortunately, you only have to have one buyer.  You can’t sell the house to ten people.

Terry Story: You could, that’s another story, just get out of town real quick.

Steve Pomeranz: Here’s another interesting fact.  Men’s homes gain value faster than women’s homes.  I didn’t really understand that.  Tell me about that.

Terry Story: There are some things that only make sense if you think about it.  If men make more money, they buy a more expensive home.  If you take ten percent appreciation over time, of course, their appreciation on a more expensive home is going to yield more.  That’s part of it.  Of course, women earn less, they’re going to buy a less expensive house.  On average, they are claiming that the men’s homes gain value faster than women’s homes.  I personally think-

Steve Pomeranz: Also, my producer, Erica, does agree with this.  Let’s hear it.
Terry Story: I cannot tell you how many women’s homes and sorority houses that I’ve gone into where they live like pigs.  They are worse than the men.  I’ve gone into so many men’s houses and they’re immaculate, they’re so clean.  All the clothes are perfectly lined up where the women, their clothes are all over the floor.  It makes a difference.

Steve Pomeranz: Yeah, it makes a difference, but I’ve got to tell you, it’s music to my ears because you don’t really hear men being lauded for these kinds of issues very often.  That’s very interesting to me.  I didn’t realize that women’s homes were such a mess.

Terry Story: Not all of them and not all of men’s homes are clean either.  Honestly, I can see why.  I’ve gone into plenty of women’s homes that are just really …  All the food is out on the counter.  I don’t know, maybe they’re really busy.

Steve Pomeranz: What are they thinking or maybe they really want to sell.  Who knows? Let’s move to Ask A Real Estate Pro, here’s the question.  Our condominium building has termites and needs to be tented.  Everyone must leave for two full days.  One owner is refusing to leave saying he doesn’t have any termites and doesn’t want strangers in his home.  His wife is bedridden and, quite frankly, I don’t believe he can afford to stay in a hotel for two nights.  If he and his wife don’t leave, the building can’t be treated.  What are the rights of the other residents and what action can be taken to get him and his wife to vacate?

Terry Story: This is a touchy situation, it’s a balancing act.  The association has the right and the responsibility to maintain the common areas.  The unit owners have the right to be left alone at the same time.  In the interest of the good of everyone, they need to tent.  If there’s termites, you can’t not tent the building.

Steve Pomeranz: Talking about safety and all as well.

Terry Story: You’re going to have to come up with a solution.  The problem is you tell him, “We’re going to buy you the hotel room because you can’t afford it,” then everyone else is going to stand in line and say, “I can’t afford it.  I can’t afford it.” You could do a means testing of some sort possibly or have them show need.  That’s probably a lot less expensive than not tenting the house, having the building get chewed up and destroyed or, worse yet, dealing with the lawsuits.  It would probably be best to try to find a solution for this individual-

Terry Story: Maybe offer it to others, if need be.

Steve Pomeranz: Yeah, that’s the bottom line. That is a very tricky situation when you think about it because it’s the rights of one person versus the good of all.  That’s what you’re coming down to.

My guest, as always, is Terry Story.  Terry’s a 27-year veteran with Coldwell Banker located in Boca Raton, Florida.  She can be found at terrystory.com.  Thanks, Terry.