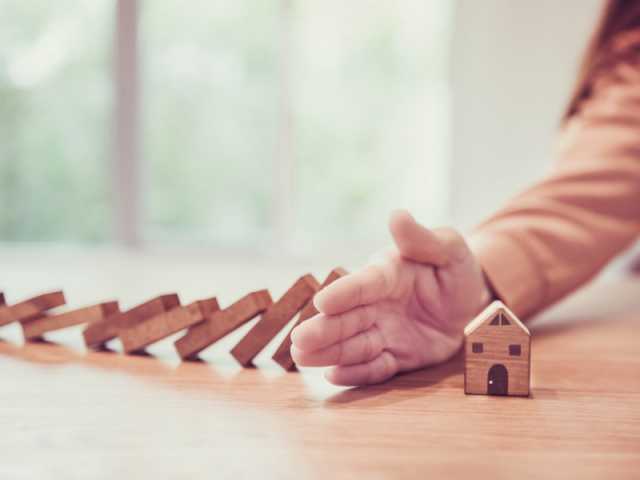 Terry’s back to keep us updated on the latest market trends in real estate.  Home sales are still rising, interest rates are rising, and it’s still a seller’s market.

In spite of a small climb in housing inventory, pending home sales rose 3.1%.  Inventory levels, however, are still low.  So, we won’t be seeing a big change in prices until there are more homes to sell.  If you’re thinking of selling, it’s still a good time.

Mortgage rates are also on the rise—increasing from 3.5% in 2015 to 4.25% today.   It’s all relative though, as Steve reminds us that 4% interest rates are still low enough to make the cost attractive.

Terry reminds us that it’s still a renter’s market because baby boomers want a simpler life without the headache of owning a home and are migrating to urban areas which are also more rent friendly.

Terry gives a few examples of why it’s so important to have a seller’s disclosure.  The seller’s disclosure protects you from what you know and what you don’t know. Sellers are obligated to disclose anything that can’t be easily detected by the buyer—roof trusses on the verge of collapsing or mold inside the walls, for instance. Without full disclosure, the unprotected seller could end up in a lawsuit.  It’s better to be safe than sorry.

Steve Pomeranz: It’s time for Real Estate Round-Up. This is the time every single week we get together with noted real estate agent Terry Story. Terry is a 29-year veteran with Keller Williams located in Boca Raton, Florida and she’s with me in the studio today. Hey, Terry.

Steve Pomeranz: So glad to have you in the studio.

Steve Pomeranz: Let’s get to business. So how are sales in the general economy? Are the pending sales rising or falling? What does it look like?

Terry Story: They actually rose 3.1%, Steve. But I’ll tell you, it’s been crazy because there’s still a lack of affordability. Inventory levels are low, so it’s hard for the pending sales to creep up high when we’ve got these restraints.

Steve Pomeranz: Yeah, so years and years ago, we’ve been doing this show for a long time together, and we went through the crisis in ’08 and so on, when housing prices were so much lower, but no one had any money.

Steve Pomeranz: Now, housing prices, you know where I’m going with this-

Steve Pomeranz: Have risen and now, people have money, but now they’re getting to be too expensive.

Steve Pomeranz: Yeah. The problem is that sellers are looking around, and what are they looking at? They’re looking at higher prices.

Terry Story: It’s going to cost you more, and the cost is that interest rate, so, yes. Now let’s talk about this, Steve. 4.9%, is that really high interest rate?

Terry Story: Actually, I’m not sure what it is.

Steve Pomeranz: But, I think it’s more like four and a quarter.

Steve Pomeranz: Yeah, but look, you and I have been around a long time, so we remember 8% rates. I even remember 10% rates and 12% rates for a short period of time in the early 80s.

Terry Story: I heard about them. [LAUGH]

Steve Pomeranz: I know you did, I know you did, you read them in your golden books.
[LAUGH] But seriously, we would have dreamt of 4% interest rates as being so ideal, everything so affordable. So, realistically speaking it is still incredibly a low rate.

Steve Pomeranz: Yeah, however, it’s still more expensive than it was a year ago, so people are putting those two numbers together.

Terry Story: Absolutely, and the prices are rising; the price growth is up 5.9%, so far in 2018, so it’s a combination of both. You’ve got the price is rising and the interest rate’s rising, so it’s kind of like a double whammy.

Steve Pomeranz: Yeah, what about renters? What about the cost of renting? Is that still rising pretty quickly?

Terry Story: It’s actually starting to slow down and not be as expensive as it once was. You also have a lot of new apartment developments that have been built. And you’re going to actually see the impact in a couple more years, as more and more places are built. Because when you think about it, these apartment complexes, they started building them maybe three years ago, two years ago, and they’re not completed yet. So, we’re going to see more supply of apartments which will keep the prices down.

Steve Pomeranz: You know what just occurred to me? Watch this in a cycle, so more apartments on the market, not enough houses,
they’re going to convert those rental apartments to…

Steve Pomeranz: Yeah, so that’s part of the cycle. So, we are foretelling the future, folks.

Steve Pomeranz: We’ve been through this before, so that will, that should ease to some degree anyway, this difficulty with finding housing.

Steve Pomeranz: Because the market corrects itself over time, that’s just the way it works.

Terry Story: And we’re seeing a lot of the baby boomers wanting to rent.

Terry Story: They can’t decide what they want to do, they’re wanting a simpler life, so a lot of baby boomers are turning to the rental market.

Steve Pomeranz: Yeah, a lot of them are also moving to urban areas as well, so that’s a natural thing to rent in those areas. All right, let’s get to one of my favorite parts of our segment which is the Terry Story Real Estate Survival Guide. I should have music-

Steve Pomeranz: Cue the music right here, thank you. So, here’s a question, so this is technical stuff, but it’s really important.

Steve Pomeranz: When a seller does lists a house, there’s something called the seller’s disclosure.

Steve Pomeranz: What is it? Do I have to have it as a seller and is it important?

Terry Story: Okay, so, this is Florida law, you do not have to have a seller’s disclosure. But you do have an obligation as a seller to disclose anything that can’t be readily seen to a buyer. For example, you know that your trusses in the roof are on the verge of collapsing. That is something you have to disclose. As real estate agents, we want you to fill out a form, so that it’s actually for your protection. What you know and what you don’t know. So, let’s pretend something is discovered and truly you didn’t know and you wrote on the seller’s disclosure that you didn’t know, then that can keep you out of legal hot water.

Steve Pomeranz: So, okay. But you’re going to have an inspector really do a fine tooth comb look at the house, so maybe trusses would be obvious, maybe, but maybe something like mold.

Steve Pomeranz: Which is behind the walls.

Terry Story: Behind the walls, correct.

Steve Pomeranz: You knew it, that would be a good one.

Terry Story: Right, if you covered it up, yes, or the trusses are in the back of the house, I don’t know, I’m just giving you an example. If you know about it, disclose it.

Steve Pomeranz: I mean the sale wouldn’t go through.

Terry Story: Well, no, the sale can go through, you might end up in a lawsuit if they go ahead and-

Steve Pomeranz: I see, of course.

Terry Story: Mold is one of the big items, and that’s the issue that I’ve run into in the past, where it wasn’t disclosed. The seller readily knew about it, and the buyer sued or tried to sue the seller.

Steve Pomeranz: Yeah, yeah, very good, yeah, good. All right, so I have one last question in this segment. So, a neighbor has a tree in their yard [LAUGH].

Steve Pomeranz: And we’ve talked about when the branches come over and whose responsibility it is and all that. But what if that tree falls on my house?

Steve Pomeranz: Who’s responsible, do I have any legal recourse?

Terry Story: So this is a loaded one. The tree is the neighbor’s. You, as the owner of the house that the branches are hanging on, you know it could be a danger. It’s up to you to you to go ahead and cut those if your neighbor is not going to do it would be nice if the neighbor does it, but you know that it’s a danger, you need to cut them. If the tree is dead and the owner knows the trees dead and it falls over, well, now, you’re getting yourself in a bunch of hot water, and it will be a legal mess to try to figure that out, so I would say it’s probably the responsibility of the seller to-

Steve Pomeranz: Not the seller, the owner who has the tree.

Terry Story: The owner of the tree to take responsibility for their dead tree. It depends on how dead it is. I mean, sometimes these palm trees, they’re clearly dead. But other times, there’s these solid trees. They look like they’re not dead on the outside, but they’re totally dead in the inside.
So, I think we have to prove that the owner knew that the tree was dead.

Steve Pomeranz: [LAUGH] Okay, all right. I know some people who don’t look dead on the outside but dead in the inside. All right, Terry Story,my guest every single week. Terry’s a 29-year veteran with Keller-Williams located in Boca Raton and she can be found at Terrystory.com.