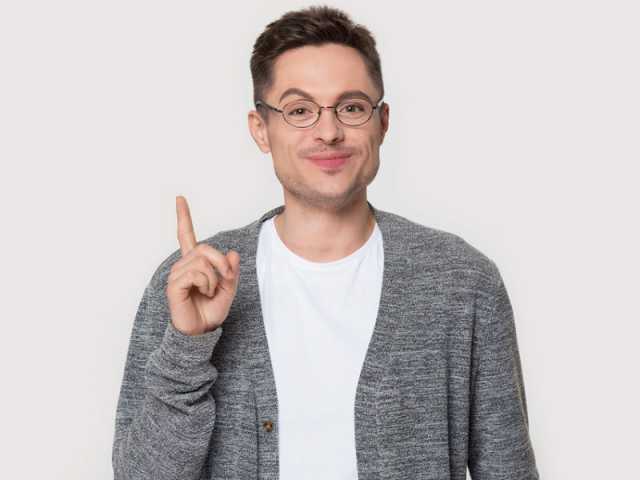 During this week’s Real Estate Roundup, Steve spoke with Terry Story, 31-year veteran at Keller Williams, about the steps you need to take before putting your house on the market. Steve and Terry discussed making updates to outdated aspects of a home, making sure your home is spotless, and making sure that your home’s price will be attractive to potential buyers.

Your Home Should Be In The Top 20%

So, you want to get your home on the market and get it sold quickly. Great! However, there are some things you need to think about before you slap a price tag on your home.

Keep in mind that selling your home is kind of a competition; think of it as a beauty contest. Statistically, in the Boca Raton area, only 17% of homes are selling, meaning 83% are sitting on the market. Selling your home involves stiff competition. This means you need to step up your game when it comes to prepping your house for sale. And making sure it’s visually attractive is arguably the most important factor to focus on.

Specifically, when we talk about condition, that includes both homes that need to be updated and homes that need some obvious repairs. With that being said, it’s important to know that 2019 is the year buyers are getting super-excited about older homes that have been updated, namely in terms of style.

The most desirable homes, overall, are styled in a way that fits with the current styling trends. Buyers simply don’t want to have to deal with the hassle of doing the improvements themselves and so are often willing to pay more for one conveniently updated.

There’s a strong case for updating your home in order to get the best price. However, there is something else you need to keep in mind. When selling your home, there are two variables to consider: price and condition. It isn’t always a good idea to make updates to your home.

For example, let’s say that you’re looking to sell your home for the highest price possible. You think, “Maybe I should update the kitchen.” According to Remodel Magazine, you’re only going to get about a 62% return on your investment for that kind of update. Instead, you’re probably better off matching the price to the present condition of your home. Basically, you either have to match the condition to the price or match the price to the condition.

But remember, you still want your price to be in the bottom third. This is the most affordable range of home prices and, therefore, attracts the most buyers. As we’ve discussed before, you have to get your home in front of buyers.

Putting Your House On The Market

Regardless of the condition of your home and what price you try to sell it for if you’re not trying to get it sold within three months, hold off putting it on the market.

Housing prices are rising annually—they rose around 6.9% last year. So, you might think to yourself, “Why can’t I price my house higher, let it sit, and wait for the market to come to me.” There’s a very good reason why that can be a bad idea. The housing market has been rising since 2011, which is a long time. And as we’ve said before, the housing market is cyclical, always rising and falling. A recession is, at this point, overdue. We have no idea exactly when this recession is going to hit. So, if you decide to price your home high and let it sit, the tide could turn. Prices could start coming down and your home could be way off being priced to sell.

Steve Pomeranz: It’s time for Real Estate Roundup. This is the time every single week we get together with noted real estate agent Terry Story. Terry is a 31-year veteran with Keller Williams located in Boca Raton, Florida. Welcome back to the show once more, Terry.

Steve Pomeranz: Last couple of weeks we’ve been talking about selling your home and the conditions for selling your home and, you know, what if I want to put my home on the market and I really want to get it sold and obviously, I want the highest price, but I’ve got to do the right thing.

Steve Pomeranz: What are some of the parameters that I need to think of as a homeowner in order to get this thing sold?

Terry Story: Steve, think of this as a beauty contest.

Terry Story: Okay, we’re in a beauty contest. What you’re looking at is statistically in our area right now, 17% of the homes sell each month. That means, what’s the difference between 108 and 17?

Terry Story: All right. You need to be really pretty

Steve Pomeranz: You want to be in the top 20.

Terry Story: What I like to say in reality is you want to be in the top third in condition of all the other homes that are on the market and the bottom third in your pricing.

Terry Story: That’s the formula I like to use.

Steve Pomeranz: How do you even measure condition?

Terry Story: Well, you’re only going to compare it against the homes that are on the market right now in your area.

Terry Story: I mean you can’t compare it against every home in the city, but within your-

Steve Pomeranz: No, but what is it specifically, condition? Well, hold on, let me ask the question.

Terry Story: Sure. Well, it can be both actually. Talking about overall condition. Right now, what the buyers are really excited about is homes updated.

Terry Story: Oh, my gosh, they go crazy for the updated homes.

Steve Pomeranz: They don’t want to update the homes themselves.

Terry Story: Nor do they want to go through the pain of the update.

Terry Story: The cost of the update because there’s always hidden.

Terry Story: There’s so many uncertainties.

Terry Story: There’s another buyer that wants to do that, but for the most part, I’m talking about the majority. The majority of the people would much prefer to buy a house already ready to go. The question I believe you’re asking me is this, so then if a seller wants to get the highest amount of money, does it make sense for him to say, for example, “Put in a new kitchen?”

Steve Pomeranz: So you put a new kitchen to sell your house?

Steve Pomeranz: I don’t think so.

Terry Story: Right, because according to Remodel Magazine.

Steve Pomeranz: You’re not going to do that.

Terry Story: So you’re not going to do that because you have condition and price two variables, you can always match the price to the condition.

Terry Story: Or you can bring the condition up to the price. Okay, so either way you have those two variables you have to move up and down with. Now as far as condition, you can win the beauty contest just by having it be clean.

Terry Story: Cleanliness, unclutteredness. It depends on what you’re competing against. You have to take a look at it and take that into consideration. If all the houses you’re competing with are brand new kitchens and brand new baths and you’re not, well, guess what? You’re not going to put all that money into it to bring it to there. You’re going to have to just adjust your price.

Steve Pomeranz: Adjust the price, right. Can’t you just pay off the judges and be done with it?

Steve Pomeranz: Okay. So I get it. I get it’s like an algorithm or it’s like a seesaw between condition and price.

Steve Pomeranz: If you’ve got the good condition, you still want to be in the bottom third.

Steve Pomeranz: Maybe you can be in the top quadrant of the bottom-third if it shows extremely well.

Terry Story: Right, and this is to get your home sold.

Terry Story: Get it sold in the normal timeline.

Terry Story: Time is not your friend by the way.

Terry Story: When you put your home up for sale and if you’re a seller, you know what, I’m in no hurry.

Terry Story: Because then-

Steve Pomeranz: Does it get stale?

Terry Story: It gets stale.

Terry Story: You want to price it to sell.

Steve Pomeranz: I just thought of something. Last week we were talking about home prices rising, I think, at an annual rate last year of 6.9%.

Steve Pomeranz: On average right? If I wanted to wait past the 90 days, why couldn’t I price my house higher and let the market come to me?

Terry Story: Because one thing that we do know from our numbers, from all the leading indicators, we know that we will come into a recession. We have been in this rising market for… since 2011.

Terry Story: It is coming. We just don’t know. I believe we’ve already peaked, according to the National Association of Realtors, we peaked in 2018. If we’re not rising, then what are we doing?

Steve Pomeranz: It’s the same thing in investing period. Basically, the idea is the predictor, the future is unknowable.

Steve Pomeranz: You may get direction, up or down, but you won’t get time.

Steve Pomeranz: Or you may get time, but you’re not going to get the direction right. It’s one or the other. The best thing to do is to not guess and bet your nest egg on either of those.

Terry Story: Right and here’s another-

Steve Pomeranz: Stay in the present.

Steve Pomeranz: Right. It’s not like the stock market which can do that like in three hours.

Steve Pomeranz: Not at all.

Steve Pomeranz: Yeah. Yeah, but housing prices can go down quite a bit as we have learned.

Terry Story: Yes, they can.

Steve Pomeranz: But it is subject to market economic conditions.

Steve Pomeranz: Some of which can be extreme.

Steve Pomeranz: And housing will reflect those extremes.

Terry Story: Do you realize that since we’ve, I think there’s been five recessions since like 1981, I might be wrong on my years, but the last five recessions, three of the five housing pricing actually still appreciated.

Terry Story: The rate of appreciation was just less than what it was.

Terry Story: Everything else has been, they were above. They were appreciating.

Steve Pomeranz: Yeah, yeah. Well, also that was an incredibly bifurcated market because so many homes were foreclosed and in trouble.

Steve Pomeranz: My guest as always is Terry Story. A 31-year veteran with Keller Williams located in Boca Raton, and she can be found at terrystory.com. Thanks, Terry.