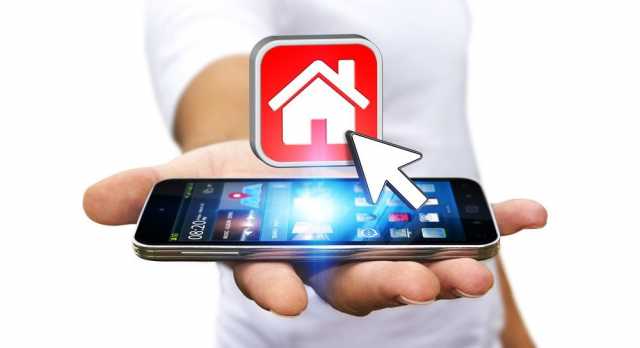 Every housing market across the country is experiencing an increase in home sales as well as significant rising home prices, even to a degree in some of the most depressed areas, such as the rust belt in Ohio. As a result, banks are beginning to ease up a bit on the terms and qualifications for mortgages.

All in all, these trends indicate a healthy real estate market, and where there’s growth of any kind, technology usually changes the way things are done. Terry tells us of some interesting and exciting innovations available to both the buyer and seller. Virtual tours have been available for some time, but now the view extends beyond the home to the neighborhood; by utilizing Skype or Facetime, an agent can take the potential buyer on a walk around the block and up the street.

In addition, a new thermal imaging camera that attaches to a smartphone can “look” behind walls to detect any signs of water leakage, an invaluable aid for home inspectors.

Not only can a prospective buyer view the entire scope of homes on the market, thanks to a new app called Magic Plan they also can plot out the dimensions of a room and even play around with furniture arrangement.  So it’s true. The search for a new home can now be done from the privacy of one’s own home.

Steve Pomeranz: Hi, Steve Pomeranz here, host of On The Money with today’s On The Money Extra, where we feature market updates and insights as well as guest interviews with noted financial experts to help you stay informed and learn the facts to make the right decisions about money. Let’s get started. It’s time for Real Estate Roundup. This is the time every single week we get together with noted real estate agent, Terry Story. Terry is a 26-year veteran with Coldwell Banker located in Boca Raton. Welcome back to the show, Terry.

Steve Pomeranz: We did see a report a few weeks ago that said rising home prices. They’re actually accelerating. What’s going on there?

Terry Story: Yeah, they’re talking about the fourth quarter last year. Prices picked up speed and still show signs of continuous growth throughout the United States. What they measured, Steve, they looked at single existing homes. In the markets that they measured, 145 of the 179 metro areas showed signs of nice growth. Only three-fourth, or like 19, recorded lower median prices from the year prior, so they do see continuous growth going everywhere across the country. Faster price growth helped push 2015 to do well for the end of the year.

Steve Pomeranz: We talk about sales growing, the number of homes selling and all, but right here we’re just talking about prices, which everybody really wants to know about, is the price of my home appreciating? Actually, not only as this report say it’s appreciating, but the prices seem to be accelerating in most areas of the country.

Steve Pomeranz: And that’s probably for 1,100 square feet, you know.

Steve Pomeranz: Yeah, a lot of the rust belt, which is not really that rusty anymore, but still areas that haven’t really come back, like south and west and so on.

Terry Story: Exactly. Those are the areas that are showing…

Steve Pomeranz: When it comes to getting a mortgage, we always see the amount of down payment changing from time to time. Sometimes it’s tighter, you have to put up more. Sometimes it’s looser, you put up less. What are you seeing now?

Terry Story: Banks are starting to ease up their 20% rule on the jumbo loans, which is really good news. Jumbo rates vary in different parts of the country. In our particular area, anything over— I think it’s $417,000, something to that effect— puts you in the jumbo rate. A lot of those lenders are starting to look to bring that down to 10%, and, in some cases even less, which would really be great news, especially for the luxury market.

Steve Pomeranz: Yeah. Now there are new trends in buying a home, and this is kind of exciting. First of all, I’ve been reading about virtual reality. How is virtual reality starting to affect the searching for and listing of homes?

Terry Story: They’ve got some ways of creating 3D images of houses. In this particular article, what they’re referring to is they’re introducing 3D display and virtual reality headsets, and you can go into a real estate office and be able to walk around, say, a 4-story building, which is kind of interesting. There already exists software where you can control the mouse and many people may have already seen it, and it gives you that feel of going through all the rooms, but this is taking it to a new level. There’s nothing like seeing it for yourself in person because you may be looking at the building, but you’re not necessarily getting a feel for the whole neighborhood, the area.

Steve Pomeranz: Yeah. But, you know, I get this image of coming into your office and seeing all these people with these virtual reality eyeglasses on and their hands outstretched like Frankenstein, all stumbling around the room. I’d love to see that picture.

Terry Story: I’ve got to tell you, I’m selling a lot of houses. You’d be surprised how many houses are starting to sell sight unseen just by people being familiar with the area and the neighborhood and by Skyping with them or FaceTiming them and walking them through the house.

Steve Pomeranz: Right. Exactly. Yeah, we’re doing a lot more of that when we make our quarterly presentations, so people don’t have to actually travel to our office. We’re doing a lot of it on GoToMeeting and on Real Time.

Terry Story: Yeah, so we’ll never have to leave our homes.

Steve Pomeranz: Yeah. Talking about technology though, there’s some technology for you guys and for others when you’re going into a home to kind of see behind the walls to see if there are any problems?

Steve Pomeranz: What is that?

Terry Story: This sounds really neat. I’m actually going to investigate it and apply it to my own business. One of the newest and most helpful devices is called FLIR1, which basically is a lightweight thermal imaging camera that attaches to your Apple or Android phone and displays what you can’t see behind the walls, to see if it’s overheated or overloaded circuits or leaking pipes, wall studs, faulty windows.

A lot of times when you do home inspections, they don’t see a lot of this stuff. They have to see signs of water penetrating through the walls, but you might have leaky pipes and not even know it until it’s leaking from behind the walls into your living room area.

Steve Pomeranz: Right. It’s thermal imaging, so it’s seeing heat basically that’s being built up behind the wall, and by the time you see, it it’s pretty far along.

Steve Pomeranz: I would think this would be good just for a homeowner to do a check on their own home once every 6 months or something.

Terry Story: Sure. Absolutely, and certainly for inspectors to have use of this device.

Terry Story: The other neat thing is this app called Magic Plan. Again, it’s available on the iPhone and Android. It allows you to easily create professional and accurate floor plans on the fly with a tablet or smartphone. I haven’t played with it yet, so I’m not really sure, but it will give you the ability to measure out the rooms, get a sense of dimensions, go back home and lay out your furniture and get to play with it.

Steve Pomeranz: Some people have the skill and the talent to be able to kind of see a room in another configuration. I have no such talent whatsoever.

Terry Story: Most people don’t. What I find, people struggle over where to place the furniture, and I think this could be a good app to figure out how to place the furniture versus having to go back to the house ten times to put little tape on the ground and measure your couch and place it and see how it will look.

Steve Pomeranz: Right. Well, my guest as always is Terry Story. Terry is with Coldwell Banker in Boca Raton, Florida. This is our Real Estate Roundup. Terry can be found at terrystory.com. Thanks, Terry.