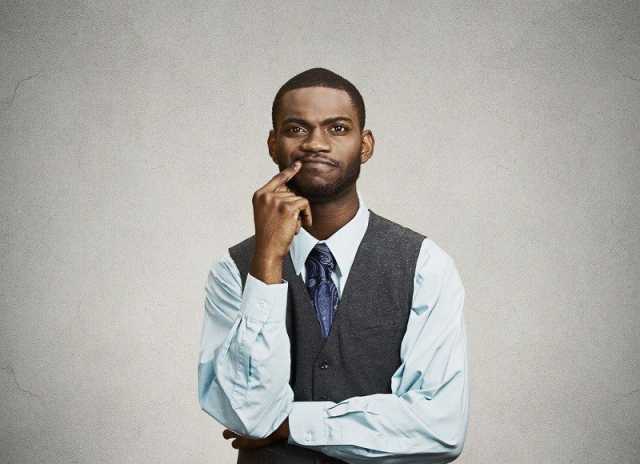 It always seems like such a conundrum: is it better to rent or buy?  After 27 years as a real estate expert, Terry Story still has to answer, “it depends”. Not only is the real estate market local, it’s also changeable. Like the stock market, things go up and things go down, so you just have to know where you are in place and time.

Terry says that after about five years of rising rental rates, “we’re starting to see a surge of multi-family permits and buildings going up creating more supply.  As you know, when you have more supply, the prices start to come down.” Not only will there be more choices for the renter, but many of these new rental properties will begin competing against each other which will further drive down the cost and create the option for more amenities than before.

For business owners looking for office space, however, Terry refers to Res.Inc which reported that US office vacancy rate had fallen to a seven-year low, meaning that prices will be on the rise in this area.

Back to the decision of whether to buy or to rent a home, Terry advises the third of all home buyers who are 35 years or younger to buy if they plan to stay in the home at least for two years. That two-year mark along with interest rates now hovering in the 3.6% zone almost ensures that buying is the better way to go. That being said, Terry cautions against making a purchase that is more than 28% of your gross pre-tax income on a monthly basis. Another factor to consider is the amount of hidden costs in being a home owner—taxes, insurance, lawn care, incidental maintenance, and repairs.

Going back to the question, “Should I rent or buy?”—after everything is taken into account and the numbers add up, at this time and in most places, it’s a good day to buy a home.

Steve Pomeranz: It’s time for Real Estate Roundup.  This is the time every single week we get together with noted real estate agent, Terry Story.  Terry is a 27-year veteran with Coldwell Banker located in Boca Raton, Florida.  Welcome back to the show Terry.

Steve Pomeranz: Many people are still renting, and home buying still is a challenge for many.  What is going on with the rental market?  Are prices or rents still rising as they were?

Terry Story: Yes and no.  It’s starting to lose its mojo.  I like the way that sounds.  Basically, what we’re seeing, Steve, that the rents have gone up so much in the last five years—they jumped up about 20% nationwide during this five-year period of time—but we’re starting to see a surge of multi-family permits and buildings going up creating more supply.  As you know, when you have more supply the prices start to come down.  These buildings aren’t built overnight, so it does take time, and it takes a couple of years.  You can even see in our own market.  We’ve got lots of buildings going on, and that’s going to make the prices begin to fall a little bit.

Steve Pomeranz: In your own community, if you see buildings going up, and they are rental buildings, know that that’s probably a good sign if you’re a renter.  First of all, it gives you more options, and, secondly, there may be a time in some future where these projects will start competing against each other.

Terry Story: Yeah, like, for example, in New York, they’re going to see 2.6 times more apartments in the next year.  It’s a historical average in Boston of 2.5 %.  These areas should start to see the prices soften a little bit, or the developers or the community’s offering more amenities, or giving you a free month rent, that sort of thing.  It’s by no means indicating that there’s not a demand—the demand is definitely there—it’s just the supply is starting to grow.

Steve Pomeranz: For those of us who own or operate our own businesses and we’re looking for office space, one of the key metrics that one would use would be the vacancy rate or the amount, the percentage, let’s say, of an office building and how much is actually rented up, or leased up, and how much is not.  What’s going on with vacancy rates in the office market?

Terry Story: According to Res, Inc., they said that the US office vacancy rate has fallen to a seven-year low.  The vacancy rate fell to 16% in the second quarter, which is the lowest it has been in seven years.

Steve Pomeranz: That means prices are probably going to be rising or are rising.

Steve Pomeranz: We just moved our offices, and that was a six-month process from start to finish.  It was definitely a trend that we needed to lock in a rate earlier because prices were rising.  Like any kind of inflation economic concern, when prices are rising it’s better to buy sooner than to wait, obviously, to capture the lower prices.

Let’s talk about buying versus renting.  You’ve got a list here of five things to consider before making that decision.  What are they?

Terry Story: First, where you are.  From that, more than a third of all the home buyers right now are 35 years and younger.  Basically, age does come into play as to where, if you’re going to be buying a house, if it’s your first home, about 70% of all the major markets across the nation, buying beats renting if you’re looking at least for two years.

Really, what I tell people, Steve, that real true break-even point right now in many parts of the country is two years.  If you stay in a place for more than five years with the fluctuation of home values that will go up and down over the period of time, you should have no problem breaking even or staying above, that mark.  They’re basically reporting 70% of the marketplaces, if you’re going to stay in a house at least two years, buying beats renting.

Steve Pomeranz: Also interest rates right now are extremely low.  I think the thirty year is somewhere around 3.6%.  That’s about as low as I’ve seen it in about two or three years.

Terry Story: Then when to buy.  You’ve got to take, we were just talking, you said prices, interest rates.  For example, if the interest rates continue to rise the way that they anticipate them to, with a combination of the interest rate and the appreciation, the median home will rise to $114 more a month in the next twelve months, and then another up to $240 over the next twenty-four months.  When to buy is, if you’re able to afford it…the longer you wait, it’s going to cost you more over time.

Steve Pomeranz: If rents are rising, which they are, and home prices are rising, the earlier you do it the better.

Terry Story: That’s right.  Then the other factor is affordability.  There’s a rule of thumb that they say you should not purchase more than 28% of your gross pre-tax income on a monthly base.

Then the other back part of that is, another part of the rule of thumb, is that if you take into consideration your income, so whatever that housing amount is, plus your car loans, student loans.  That total monthly amount should not exceed more than 30-40% of your pre-tax monthly income, so affordability is something you have to take into factor.

Steve Pomeranz: A lot of people got into trouble years ago because the banks were so lax in giving mortgages that nobody was really thinking about whether they could truly afford it, they were thinking, “Well, I’ll just flip the house or I’ll just refinance.”

Terry Story: Then the other factor is what does it cost to remain a renter versus being a buyer.  Over time, when you’re a renter, all you’re really doing is paying somebody else’s mortgage.  The advantage of being an owner is that you’re building up equity in a house.  That cost of renting, it’s costing you.  You’re not taking advantage of potential tax write-offs, and the landlord is the one that’s winning in this game.

Steve Pomeranz: Yes, and no.  Theoretically, when you buy a house there’s a lot of other expenses other than the mortgage, and so on, and insurance and taxes.  There’s constant maintenance.  Now theoretically what you’re paying in the rent covers all of that, but when you think as a renter you’re really spreading those payments out over a monthly small amount every month.  When you’re an owner, it’s very clumpy.  I mean if your air conditioner breaks, you’ve got to come up with the thousands of dollars to fix it, so there are other ramifications to owning a home.  You’ve got to have enough cash flow in order to maintain that.

Terry Story: To cover those, absolutely.  You have to be able to budget for it.  People don’t realize you need to squirrel away money for home repairs because they do accumulate.

Steve Pomeranz: My guest is Terry Story.  Terry is with us every single week for our Real Estate Roundup segment.  To hear this segment again, don’t forget to join the conversation at onthemoneyradio.org.  Terry is located in Boca Raton, Florida, with Coldwell Banker, and she can be found at terrystory.com.  Thanks, Terry. 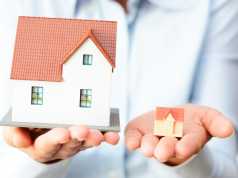 What Kind Of Home Will You Be Able To Afford When You Retire? 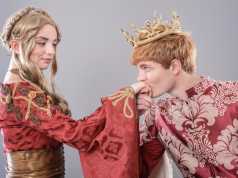 Are Millennials Too Demanding When Buying Their First Home?