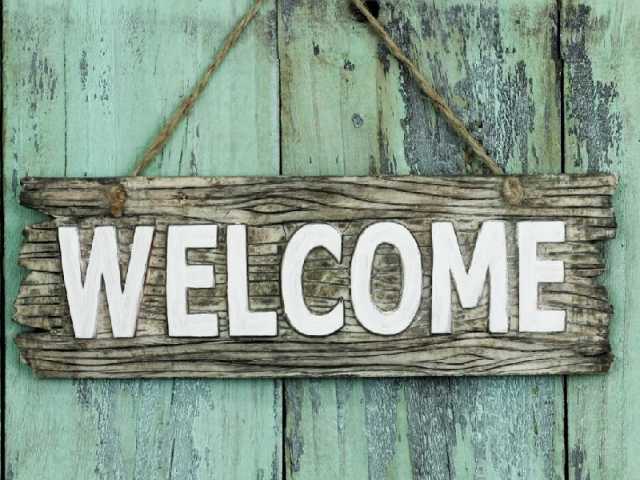 In this week’s real estate roundup, Steve spoke with Terry Story, 30-year veteran at Keller Williams, about the importance of real estate agents building relationships with builders and construction companies and what these relationships mean for homebuyers.

Having Someone On Your Side

There are a ton of builders and major companies constructing entire communities full of beautiful homes. These companies want people to find out about their homes and buy them. That’s why they start building relationships with realtors and agents. Realtors and agents act as a sort of middleman, finding and bringing buyers to the doors of the homes.

But how exactly does this work? Let’s say you as a prospective homebuyer want to go to ABC construction site. The realtor brings you out. For connecting them with a potential buyer, the builder compensates the realtor/real estate agent. It doesn’t cost the homebuyer anything.

It’s important to understand how builders price things. They have already factored in the real estate agent’s commission. So, it wouldn’t really be right for prospective homebuyers to say, “Well, I didn’t come with a realtor, so I’m keeping X amount of dollars.” It just doesn’t work that way.

Time changes things for builders. As things get closer to build out, things become more expensive – like certain lot locations. But the base price of the house remains the same. The agent is on the side of the homebuyer. They can sometimes negotiate different aspects that go in the home to help bring the price down, things like flooring and tile. Since it doesn’t cost the homebuyer anything extra, it’s really to their advantage to have a realtor’s assistance.

Buying A Home In A New Development

Let’s say there’s a new development that’s announced. A plot of land is cleared, and a little mobile home office is there. But no homes are built yet. There may be some plots that are outlined, but no actual houses have been built. It’s in the pre-construction phase. Homebuyers can definitely save money by buying at that early stage, but they’re also taking a risk. What if the development doesn’t take off and sell well?

Still, buyers definitely pay more by waiting. The building company tends to give better prices to people who buy before the homes are even built. The other advantage of buying early is that, of course, you have the best choice of lots.

With buying a home in a new development, the truth is, as always, “buyer beware”. Builders hire professional decorators to stage the model homes and there are a lot of tricks they can use to make the spaces look as big as possible and the lot locations the most attractive.

Steve Pomeranz:  It’s time for Real Estate Roundup. This is the time every single week we get together with noted real estate agent Terry Story. Terry is a 30-year veteran with Keller Williams located in Boca Raton, Florida. Welcome back to the show, Terry.

Terry Story:   Thanks for having me, Steve.

Steve Pomeranz:  So, you’ve got existing homes and you’ve got new homes that are being built and you have communities that are being built by major builders. Right? So there’s this kind of relationship that goes on between the builder who has salespeople called agents, selling agents. And then you can go in there and just kind of shop using them. Or you can also use an agent like yourself to help negotiate and to navigate. Tell me how that works.

Terry Story:   So basically, with these new construction places, the reason why you want to be with a realtor is they, especially if there’s lots of different communities, the ages. We have relationships with these new builders. You got to remember the builders come to us and sell us on their product. They want us to be their voice.

Steve Pomeranz:  They want you to bring people in the door.

Terry Story:   They want us to bring people. So they cater to us. They really, really, you know? So we do this. We build a relationship with certain salespeople there. So, Steve, if you’re a consumer and you wanted to go to ABC construction site, I would bring you. And so here’s the thing. We are compensated by the builder.

Steve Pomeranz:  Right? So it’s not to bring you in, I don’t have to pay.

Terry Story:   It’s not costing you a dime. And what’s also important to understand is the way that the builders price things, they’ve already factored in the commission. So you as a consumer are not going to be able to go in there and say, “Well, I didn’t bring a realtor, so I’m keeping X amount of dollars.” It doesn’t work that way. And here’s why.

If they have model A, model B, model C, they’re selling model A for the same price that they sell it for everybody else. Now what changes is time. So as things get closer to build out, they become more expensive, lot locations, but the base of the house is going to remain constant. So there’s really no negotiation of commissions. The other reason why you want a realtor involved is because of that relationship. I’ve been able to bring value to my customers over little things. For example, I had the customer for a property, so did somebody else, but because of the relationship we were able to secure that specific lock. There’s so many. So, so, so many scenarios. Your agent is on your side. They’re going to help you through the whole entire process. It doesn’t cost you anything. It’s to your benefit to have an agent by your side.

Steve Pomeranz: Right? So that’s this idea of having someone on your side, even though there’s not a lot of price negotiation that can be done.

Terry Story:   It’s not so much price, but there are some things that can be done.

Steve Pomeranz:  I mean can you, when it comes to amenities or tile, I mean you work out some kind of deal sometimes?

Terry Story:   Possibly. It depends on the builder and it depends on what phase they’re at, especially towards the end or maybe right in the beginning, they may have some more flexibility. Again, it’s not so much on price, but it would be with amenities and the salespeople there, like I said, we have relationships with them. I represent multiple people, so they want to make sure that I’m satisfied because I go back and I tell my office what a great experience we had or didn’t have. So it’s really to your benefit to have that person.

Steve Pomeranz:  Is there a sweet spot when buying these properties? Now let me… Now I am a layperson totally in this, right? So a new development is announced. The little mobile home thing you can see with the flags and they’re up, but there’s nothing in the ground. You maybe see some things plotted out in the ground. Okay. So now it’s pre-construction prices, right?

Steve Pomeranz:  And so then you say, “Well, I have no imagination, so I got to see something in the ground before I buy.”

Steve Pomeranz:  Okay. So all right. So they put up their first couple of models. So fine.

Terry Story:   But you’re taking the… The first people buying are taking the greatest risk too because there’s nothing in the ground. What if it doesn’t take off? So they’re going to get the best price in theory. Now, Steve, back in the day when the market was going insane, people were standing in line in advance getting wristbands to be the first ones in there to pick the best lots to buy, four, five, six, seven properties in anticipation of the market rising and then flipping them.

Steve Pomeranz:  Well, that was insanity.

Terry Story:   I know it was. We don’t see that anymore. They put controls on that, but that was crazy.

Steve Pomeranz:  So, but there is a sweet spot. It seems to me there may not be, but in my little mind, I think there is because there’s only so many lakefront lots. Okay. And those have a premium to them.

Steve Pomeranz:  And it’s just a hole in the ground where they put water in it.

Steve Pomeranz:  So, but it’s-

Steve Pomeranz:  Oh, my God. Yeah, but again, you have to live there and looking at water is pretty nice. Right? So you have to judge those two things. So, okay, so you’re… But then also within the community, there’s lots that are really well situated and then a lot in Florida. A lot of these buildings are right next to the turnpike at 95, and all you’ve got is a wall and you hear the noise of the turnpike and everything.

Terry Story:   Not when you have the music on in the house.

Steve Pomeranz:  … When you’re touring the house, you mean? Is that a-

Terry Story:   When you’re living in there, just turn on the radio real loud. You won’t hear it.

Steve Pomeranz:  Well, hang on. Wait a minute, wait a minute. Is that a seller’s technique to have the music playing in the house so you can’t, but, God forbid, you should walk out by the pool.

Steve Pomeranz:  Yeah. So I never really understood buying a house right, you know, there.

Terry Story:   Well, the model homes are so perfect too. The furniture’s always fit to scale.

Terry Story:   There’s all the tricks. No doors in the… You know you open, there’s no door.

Terry Story:   A lot of times you go into models with no doors.

Steve Pomeranz:  Yeah. So anyway, it’s buyer beware all the time. And I’m sure there’s tricks and they have professional decorators that come in and they know the color scheme. They know exactly how to make the space look as big as possible. But anyway, so there’s prime lots that are, let’s say, away from the turnpike on the water. And so you’re going to get the view. You want to get those early if you can. And because not only… it’s not about money, it’s the fact that there won’t be-

Terry Story:   They won’t be available.

Steve Pomeranz:  Okay. Well, this is kind of interesting.

Steve Pomeranz:  Things that you didn’t know about buying a home from a builder. I’m sure there’s so much more we can go over, but we’re out of-

Steve Pomeranz:  … We’re out of time. So anyway, thanks for that information. My guest, as always is Terry Story, a 30-year veteran with Keller Williams located in Boca Raton, Florida. And she can be found at terrystory.com. Thanks, Terry.

Terry Story:   Thanks for having me, Steve.