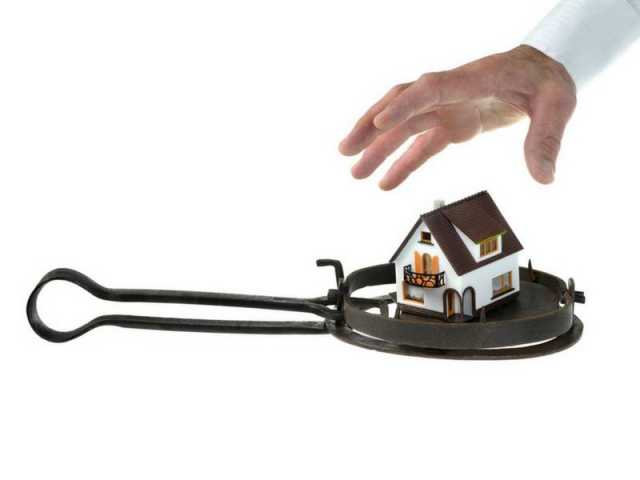 Steve kicks off Real Estate Round-Up by asking Terry Story for an update on the real estate market. Terry notes that homes sales have hit their strongest pace nationwide with a surge for the third straight month in November 2017 to their highest point in 11 years, according to the National Association of Realtors.

Total existing sales, which include single-family homes, townhomes, and condos, were up and on pace to hit 5.8 million in November, which is a big number.

In parallel, strong demand and low mortgage rates led to a 4% increase in the average price of medium-sized homes in the Northeast, and an 8.8% rise in the Midwest.

Steve asks Terry for an update on real estate scams.  Terry warns of For-Sale-By-Owner listings because you don’t know if the caller really owns the home or is just taking advantage of a For Sale sign outside a seller’s door. Most real estate scams involve financial transactions because of the large sums involved, such as the transfer of funds to someone other than genuine parties through email fraud or changing wiring instructions.  Terry sees fraud rising as people increasingly transact online, sight unseen.

In such instances, Steve urges buyers to engage a good lawyer, actively involve their banks, and stay on top of the situation.  Terry recommends verifying wiring instructions before you execute a wire and avoiding cashier’s checks and money orders.

While Terry does not see too many cases of bodily harm, she does hear of stealing at open houses and wants sellers to put away their portable valuables such as rings, jewelry, and high-end electronics.

Renters too need to be careful.  For instance, they must make sure they’re giving the deposit to someone that’s actually qualified and should inspect the property properly to avoid a bait and switch, or some such fraud.

Terry cites her own example where scammers would hijack her home-for-sale listings and advertise the home as available for rent, luring people into sending them money for deposits or a three-month advance, etc.

In such cases, Steve wants his listeners and readers to make sure they check the driver’s license and photo ID when working with a new person, not extend payments to anyone that they haven’t met in person, and not accept cashier or certified checks or money orders.

Real estate scams are on the rise, so make sure you personally know everyone that’s involved in the transfer of funds and legal documents and exercise extra caution to protect yourself against fraud.

Steve Pomeranz: It’s time for Real Estate Roundup, this is the time every single week we get together with noted agent Terry Story. Terry is a 29 year veteran with Keller Williams located in Boca Raton, Florida.

Terry Story: We love them existing.
[LAUGH] Actually home sales have hit the strongest pace in almost 11 years. So things are cooking.

Terry Story: We’ve seen a surge for the third straight month. In November it’s reached it’s highest point in 11 years according to the National Association of Realtors. And this is of course across the country.

Terry Story: We’re on pace to hit an anual rate 5.8 million sales in November, which is huge.

Steve Pomeranz: Yeah. So, how is that affecting business in South Florida? Are you seeing it?

Terry Story: Well, interestingly enough, we are gonna go back to the problem that South Florida’s had for quite some time. We don’t have the inventory. So if you don’t have inventory, it’s hard to sell.

Terry Story: If you look at the numbers in the south, though, the existing home sales expanded to 8.3%, which is good.

Steve Pomeranz: That is right. Where’s that happening? People must have houses for sale, if there’s that many houses being sold. But you’re just no seeing it in your area?

Steve Pomeranz: What about the northeast country? Now it’s starting to get cold up there but these are November sales.

How has that grown?

Steve Pomeranz: Wow, so I wonder if things are starting to get a little less affordable. I mean, interest rates have ticked up a little bit too I would think. So with a little bit higher interest rates and these prices, the house prices rising at four and five percent, at some point, it’s gonna be more and more difficult for people to start buying homes.

So I guess you better start buying them now. [CROSSTALK] Yeah, exactly.

Terry Story: And in the west, though, what’s interesting cuz we’re talking about the whole country. Out west we actually saw a decline, about 2.3% In the number of sales.

Steve Pomeranz: Okay all right. All right so let’s talk about some common real estate scams.

I love this, I always watch those kinds of programs.

Steve Pomeranz: That involve conmen and stuff like that. So what is your advice concerning the different real estate scams that go on? For example, Is being a For Sale By Owner dangerous today? What are some of the warning signs of a real estate scam?

Terry Story: Over the years, there’s always been scams and really all you’re looking at is different ways the scams are played out, especially with technology. But the ideas are still the same. For Sale By Owners, you just have to be careful, because you don’t know who’s coming into your, who’s calling you in the first place.
You’ve got your sign out, you’re an easy target. And really, the transactions that we’re seeing with the scams really have to do with financial transactions. So I think the scarier thing for a sale by owner person would be more putting the contract together, the transfer of funds, that sort of thing.

Steve Pomeranz: Make sure you have a good lawyer to take care of those issues and make sure you’re in touch with your bank and you’re staying on top of it. It begs the question, Terry, why is real estate such a target for scammers?

Terry Story: Well, it’s because there’s a lot of money involved.
When you think about it, there’s just money involved throughout the whole transaction. And a scammer has many ways to access, scamming out the real estate companies, stealing wire, getting their hands on wiring instructions and redirecting funds to them.

Steve Pomeranz: Yeah, that’s a big one, isn’t it?

Terry Story: That’s a big one.

You have to be careful. And that one’s a growing problem right now, so.

Terry Story: If you are wiring money to anyone, verify that that’s the right wiring instructions before you execute a wire. It’s really not a good idea to take cashier’s checks, money orders. Everything really should be wired, but you have to make sure it’s a secured and confirmed wiring instruction before you do anything.

But as far as bodily harm, people worry a lot about bodily harm, especially for agents themselves putting strangers in your cars. There are those occasional stories you’ll hear, people are robbed. Bodily harm, it’s not very common. So the threat really isn’t that, it’s more stealing, like at open houses, for example, Steve.

If a customer is holding an open house, sellers are open to it, just make sure you put your valuables away, especially anything that’s easy to grab. Rings, jewelry, cash, that sort of thing. They’re not going in there and moving out your furniture.

Steve Pomeranz: Yeah, that’s for sure. Now what about if you’re renting, there could be problems with your deposit.

Make sure that you’re giving your deposit to someone that’s really qualified, make sure that you inspect the property properly first, because you may get a bait and switch or something.

Terry Story: Absolutely, and we saw this during the heyday. I don’t know if you recall these stories but for example, on Realtor.com, Zillow or what have you, scammers would hijack my listings.

Not just my listings, it happened to me. But they would take a property that I had vacant, and they would advertise it as available for rent. So an unsuspicious tenant would call on that property, they would drive by it, they would get an excuse as to why they couldn’t see it.

The landlord wasn’t living there or what have you, and people were lured in to sending money. To a perceived landlord, when really it wasn’t their property.

Steve Pomeranz: Yeah, I could see that happening. So in other words, you drive by, you maybe look in the windows, but you can’t really see what’s going on.

They say, well, we can’t be there right now. But it’s going fast, we got three offers on it.

Terry Story: Some crazy story like that, and people fell for it.

Always seek three opinions of the value of your property. These are just a few ideas to protect yourself from these kinds of real estate scams. My guest, as always, is Terry Story, 29-year veteran with Keller Williams, located in Boca Raton, and she can be found at terrystory.com. Thanks for joining us, Terry.