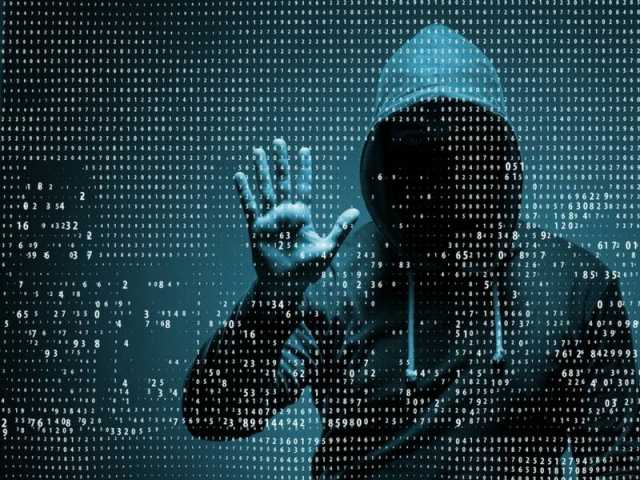 Steve starts his Real Estat Roundup segment by asking Terry how long a typical For Sale house stays on the market before it gets a confirmed buyer.  Terry says the national average was 27 days for the month of May 2017, well below the 100+ days it took when the 2007 recession hit.  She says Florida’s residential real estate market is a little sluggish, with homes on the market for 45 to 60 days because they are priced a little higher than the rest of the country and, therefore, take a little longer to sell.

The bottom-line is that the inventory of homes for sale continues to remain low, so homes are snapped up fairly quickly after they list, with buyers also eager to lock in low mortgage interest rates.  She also holds baby-boomers responsible for the tight inventory because they are less willing to sell, are content with the homes they live in and, if they sell, typically downgrade to smaller homes where they compete with first-time home buyers.

Steve believes good realtors are partly to blame too because they help people buy homes that really suit their finance and lifestyle, making them more comfortable in those homes and neighborhoods and less willing to sell.  Terry adds that the average person now stays in a house for nine years, up 50% from six years in 2008.  Steve, however, sees average stays reverting back to the six-year time frame as housing inventory improves.

Next, Terry warns us of a huge scam.  As the account goes, a family involved in a real estate transaction received an email from the title company instructing them to wire the outstanding $1.3 million on a home they’d just purchased.  The family then called the number listed on the email, got confirmation that the instructions were correct, and wired the money.  They later found out that they had been victims of a real estate scam because they had wired the money to thieves who had hacked into the title company’s email server, stole information, and fraudulently sent the buyer wiring instructions.

Even though the buyer thought he was doing the right thing by calling to confirm, he really did the wrong thing by sending the money to hackers and fell victim to a real estate scam that could have been avoided.  Instead, he should have called his contacts within the title company to confirm the email’s authenticity.  Terry says there are lots of massive scams going on, with websites and emails getting hacked all the time, so it’s best that buyers deal with known persons at all times.

Steve Pomeranz: It’s time for Real Estate Roundup. This is the time every single week we get together with noted real estate agent, Terry Story. Terry is a 28-year veteran with Coldwell Banker located in Boca Raton, Florida. Welcome back to the show, Terry.

Steve Pomeranz: Homes are selling quickly nationwide. How long does it take now for the average house to stay on the market that’s for sale?

Terry Story: Nationally, Steve, this is crazy. 27 days was reported for the month of May.

Steve Pomeranz: Who’s fault is that? Is that your fault?

Terry Story: Absolutely. I’m sure we have something to do with it. No, I think we just price them a little higher than the rest of the country, so we keep them on the market a little longer.

Steve Pomeranz: Okay, but 27 days. I remember during the crisis, homes were on the market for hundred and something days.

Steve Pomeranz: We’re on the other side of that cycle. That’s for sure.

Terry Story: Basically, the bottom line is this. Buyer’s demand is still increasing and our inventory of home availability for sale remains low, so that’s what’s pushing the number of days on the market.

Steve Pomeranz: Well, let’s get to that. Who’s to blame for the fact that homes are not being listed for sale?

Terry Story: What’s the expression, “What came first, the chicken or the egg?”

Steve Pomeranz: Okay, so if it’s the sellers, what age group is holding the market back here? Who’s to blame?

Terry Story: Because we’re the largest group of people.

Steve Pomeranz: Yeah, but why aren’t we selling as a group?

Terry Story: Well, what you have to understand is the number one reason why people sell is lifestyle changes. A baby is born, a divorce, you become older and you need to downsize. What’s happened is you go back to when the market softened, a lot of the people bought their homes. Maybe it’s their second, third home. They’re comfortable in this house. Because this recession started in 2008, 2007, 2006, so it’s a good 10, 12 years that this has been going on.

So, now you’re in your house and it’s comfortable. It’s not really too big. You’re acquiring money in the house now. We were in a negative equity situation for long period of time. Now the majority of the people are in a positive equity situation. The baby boomers, if they’re going to make a move, for the most part, are looking to make a downward move, not an upward move.

If you’re moving downward, now you’re competing against the first-time home buyers and the millennials, so it’s just a trickle-down effect. You just don’t have the inventory. The baby boomers are one of the driving forces behind it. They’re comfortable with where they’re at, and they’re not moving for now.

Steve Pomeranz: Well, I think good realtors are partly to blame too because you guys are selling houses that people like, and they’re comfortable in it and they’re sticking, so I don’t know. It reminds of those days where they used to say the car manufacturers used to build cars for planned obsolescence so they’d only last so many years, so they could keep turning these cars over. You guys are just doing the right thing and people are staying.

Terry Story: Right. Exactly. You know what the average turnover rate used to be or is today?

Terry Story: It was six years.

Steve Pomeranz: Meaning that the average time a person stayed in a house was six years.

Steve Pomeranz: When I got into the business 30 plus-years ago, I did a lot of bond work, a lot of Ginnie Mae mortgages, and we used to always say that the average time was seven years that a mortgage would last, meaning people would sell their houses on average around seven years. This report says six years, but now that has extended to nine, but I think a lot of that is because of ’08. People have been stuck in their homes for so long, it’s extended the period. I think it’s going to go back down to six or seven years.

Terry Story: It will. It will.

Steve Pomeranz: Okay. Hey, listen. There is an email scam out there that we need to tell the listeners about.

Terry Story: Yeah. This is huge. There’s a story that just came out. A family who was involved in a real estate transaction and they received wiring instructions from the title company, received an email that said, “Okay, now it’s time to wire over an additional 1.3 million dollars on the purchase of your home.” They actually went so far as to call the phone number that was given to them on the email and they said, “Yep, that’s right. Go ahead and send the money.” And they did, but, unfortunately, it was sent to a wrong person. Basically, somebody hacked into the title company’s email, stole the information, reached out to this buyer and sent him the wiring instruction information. So, this poor buyer thinks he’s doing the right thing by calling the phone number that’s given to him on the email to verify that it’s okay to send this additional amount of money, but in reality, he did the wrong thing.

What he really should’ve done, and this is the warning to all listeners: If you’re wiring money, don’t look at the email and call the phone number that it’s providing you. Call the known number that you have in a different, different email, different source to verify that this is indeed the right place to be sending the money to.

Steve Pomeranz: Are the title companies doing anything to fix this problem to prevent it from happening?

Terry Story: Real estate companies, title companies, a lot of them now send you encrypted emails where you have to have the password to open up the link to give you that information. If you’re getting a regular email … Well, I don’t even want to say that because there’s so many different kinds of scams. Bottom line is always make a phone call to your known title person or verify with your real estate agent that you’re calling the right title person.

Your real estate agent shouldn’t be providing you the wiring instructions. It should be coming from the person who’s sending it to you, but make sure you’re calling and speaking to the right person. Just don’t randomly call and accept anything’s word that, “Oh, yeah. That’s the right place to be sending it to.”

Steve Pomeranz: Yeah. Distrust your emails because things are being hacked. Sites are being hacked all the time. My guest, as always, is Terry Story. Terry is a 28-year veteran with Coldwell Banker located in Boca Raton, Florida, and she can be found at terrystory.com. Thanks, Terry.