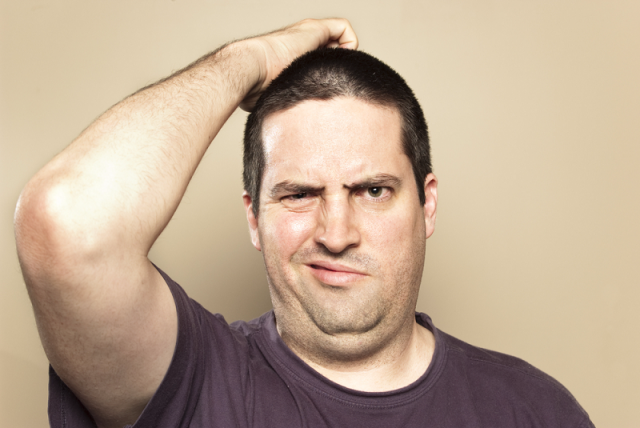 Terry and Steve talk about the ripple effects on the housing market in those areas of increasing growth and, conversely, in those areas of declining growth. Austin, for example, is booming from an influx of tech, biotech, and pharmaceutical industries which, in turn, attracts mostly highly educated people with big salaries seeking expensive homes which then drives up home prices and lowers inventory. Of course, just the opposite occurs when industry leaves an area and population declines. So checking these statistics makes sense when thinking of buying a home.

Terry, always up on current real estate trends, mentions some of the other recent issues facing home buyers, in general. Rental rates and home prices are increasing, whereas, on the whole, wages are not. So millennials and those starting out with limited financial resources are finding it difficult to purchase in communities close to their jobs and, then when they do, the competition is intense. Investors who are still out there going for the buy often override a buyer needing to first sell an existing home.  Because of this, many contracts now include a kick out clause giving the buyer first right of refusal but allowing the seller to continue marketing the home.

Terry also offers a few words about how government and environmental regulations and labor and material costs drive up the cost of building a house, compounding the difficulties for home buyers.

Steve Pomeranz: It’s time for Real Estate Round Up. This is the time every single week we get together with noted real estate agent, Terry Story. Terry is a 26-year veteran with Coldwell Banker located in sunny Boca Raton, Florida. Welcome back to the show, Terry.

Steve Pomeranz: You compiled a list of 2016’s fastest growing places, the cities. What are they?

Terry Story: Well, according to Forbes, the list starts off with Austin, Texas.

Terry Story: Followed by San Francisco, California; Dallas, Texas; Seattle, Washington; Salt Lake City, Ogden, Utah; and then, number 7, Orlando, Florida. San Jose, California comes in at number 8. Raleigh, North Carolina and, I don’t know, Cape Coral, Florida is number 10. I don’t know what’s going on over there. These are the top fastest growing population areas. Having said all that, that means there’s a lot of real estate boom going on over there as well

Steve Pomeranz: Yes, I guess that’s what I was going to ask next. What does it mean if you’re in an area that’s growing and, actually, these rates that I have listed here which you didn’t mention because it’s a lot of them. You were talking about growth rates of maybe one to two percent and something like that. I guess when you’re talking about population, those are high numbers. On the surface, it doesn’t seem like that high of a growth. What does that mean to real estate in an area when, I guess, people are moving into the area?

Terry Story: It certainly means that houses are going to start moving. The values go up. Like in the Austin, Texas area, it’s booming. Their technology, pharmaceutical, and biotech industries are growing. With that comes big salaries, generally and high educated folks. There might be more expensive luxury homes being built in the community. It can start to change the whole dynamics and demographics of a community.

Steve Pomeranz: As opposed to looking at communities that have declines in growth rates which would mean there possibly could be more supply of housing than demand, so prices could be dropping or not rising quite so fast.

Steve Pomeranz: Another area that you brought to my attention recently was about builders. When builders calculate the cost of regulation, in terms of what they are required to build, it comes out to 25% of new home costs are stemming from regulations. That seems like a really impossibly high number. What do you know about that?

Terry Story: That’s what I thought. I thought labor and cost of material were high but, according to this report, there’s a lot of regulation put on permitting and different environmental protection agencies and federal emergency management agencies that drive up the cost of building a home. These burdens, of course, have to be passed on to the consumer.

Terry Story: Of course, this makes it harder for a builder to build affordable housing when you have to add such large numbers to take into consideration when you’re building a home. It’s just something to be aware of that you always wonder, “Why is housing so expensive?” You know what the labor cost are. You know what the average salary is and a general idea of what it costs for materials. Of course, there’s profit, but there’s an additional 25% that just goes to these fees.

Steve Pomeranz: Yes, and the National Association of Home Builders has put this out. Obviously, they’re against it. I’m sure that they are lobbying to have some of these regulations lifted.

Terry Story: We talk about inventory all the time, but first time home buyers, they’re buying something that’s affordable. For some home buyers, you figure that they having saved up a lot of money or their incomes aren’t that high. For the majority of those folks, the national price point would be under $250,000.00. In that particular market, we saw a fall of inventory by 8.2% from a year ago earlier. That’s a lot of lost inventory. Right now, first time home buyers, in general, can purchase about 29% of all the properties on the market. It’s getting harder and harder for them to be able to purchase. Part of that is also the fact that we still have some of those investors out there. A, they are cash buyers; B, they’re able to gobble up these properties faster than somebody who is trying to buy their first home. That’s putting a big strain on them.

Steve Pomeranz: There might be a squeeze going on here, as rental rates increase and the cost of housing increases. It looks like wages, on the whole, are not increasing all that fast as well. This may be kind of indicative of things to come, right?

Terry Story: First time home buyers that really want to buy. They’re out there. They just can’t find what they want to, or they have to go way out in the suburbs.

Steve Pomeranz: You’re cutting out on us.

Steve Pomeranz: Okay. I said something like millennials are in a squeeze. Rental rates are higher and home prices are higher. Wages are stagnating. This is creating a potential future problem. That was the last thing I said. Okay, Terry.

Terry Story: Yes, you’re right with all of that. It is hard for the first time home buyers. They’re out there. They would like to buy. They have the income and the stability. It’s just trying to find a home that will work for them without having to move 40 miles from their job.

Steve Pomeranz: Yes, exactly. Let’s go to your real estate survival guide. This is Ask a Real Estate Pro and it’s from Gary Singer from “The Sun Sentinel.” Here’s the question, “I am selling my house, a seemingly well-qualified buyer has presented a full price offer, but he wants to make the deal contingent on the sale of his existing house. I’m eager to sell, but this makes me nervous. What should I do?”

Terry Story: This is a common problem, Steve. People need to sell their homes in order to buy a house. We do see these scenarios where they put in there, “Contingent on the sale of my home.” There is a way to handle it. It’s called a kick out clause. As a seller, what you can do is put in the contract, a kick out clause. Basically, what that does is the buyer is given like a first right of refusal. As a seller, you can continue to market the home and try to solicit another offer. If you get another offer and it’s better than the first one or even the same, you can go to the original buyer and say, “Hey, Mr. Buyer, I’ve got another contract here. You need to waive this contingency and make an additional deposit or terminate this contract so that I can move forward with this backup deal.”

Terry Story: Absolutely, it is. We do it all the time. Don’t be afraid to accept it. Just know that you need to have this kick out clause.

Steve Pomeranz: So, it’s the right of first refusal in a sense? I made an offer, you accepted the offer, it’s contingent. Instead of tying the seller into this offer, which may or may not come to fruition because the person’s house may not sell, it gives the seller the option of getting another offer and then going back to the first buyer and saying, “Okay, it’s time for you to do something, right?”

Steve Pomeranz: My guest as always, is Terry Story. Terry is a 26-year veteran with Coldwell Banker located in Boca Raton, Florida. She can be found at terrystory.com. Thanks, Terry.