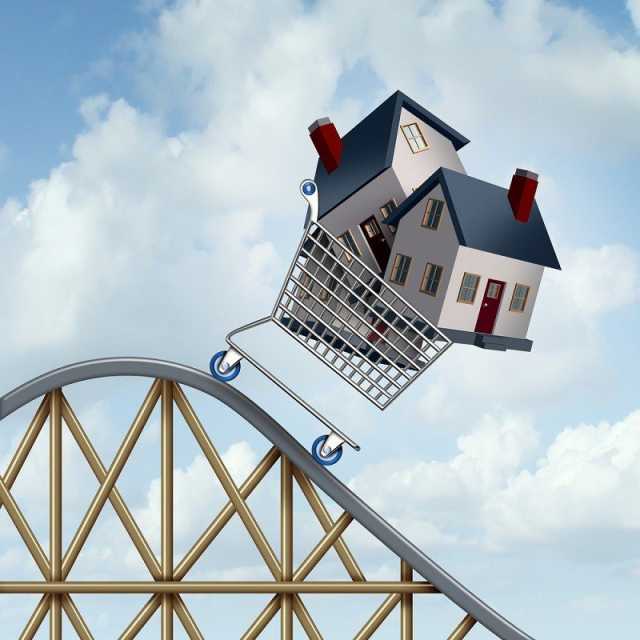 Things can get a bit bumpy in the real estate world and, according to Terry Story, this is one of those times. Existing home sales have slowed down, inventory is low in many parts of the country, and prices are generally too high for most buyers.

A regional breakdown of the decline in home sales shows the  Northeast  down by 13%, the Midwest by about 5%, the South by about 2%—however, the West rose about 2.5%.

Terry’s remedy for this stalled market is for sellers to price more realistically, perhaps by utilizing the new pricing strategy she’s talked about recently; that is, by pricing the home just at or slightly under the desired price, thereby creating a bidding war among buyers which ideally results in a satisfying conclusion.

As evidence of the effectiveness of this approach, Terry says she has five offers on one house at the moment, with prospective buyers competing with each other to get a higher and higher price.

A page from the Terry Story Real Estate Survival Guide

Your house has sold and the inspection process has been completed. What is the best way to handle repairs that need to be done after the inspection?

Terry says that in our area homes are generally sold as is. After a report is generated indicating the necessary repairs, a dollar amount is determined, and the seller issues a credit to the buyers who are then responsible from that point forward. This avoids the buyer being dissatisfied with the quality of work done by the seller which, in turn, could cause problems at closing.

On a final note, September is Realtor Safety Month, designated as such primarily to alert sellers to be mindful of keeping valuables, personal information, drugs, car keys, and even pets hidden or locked away when realtors and customers come through your homes.

Steve Pomeranz: It’s time for Real Estate Roundup.  This is the time every single week, we get together with noted real estate agent, Terry Story.  Terry is a 27-year veteran with Coldwell Banker located in Boca Raton, Florida.  Welcome back to the show, Terry.

Steve Pomeranz: The real estate market’s getting a little bit bumpy here.  I understand that existing home sales have slowed down. That’s existing homes sales.  What do you think the reason for that is?

Terry Story: Steve, we have low levels of inventory in certain parts of the country.  When you have low levels of inventory and the price is rising, you’re going to get a slowdown in sales.  What we’re looking at is …  And for the month of the July, they really fell off track. We’ve been climbing and climbing and climbing. Especially for the summer months, summer months are really busy times, especially for the single parent homes.  They’re usually really strong.  It comes down to affordable housing.  Low levels of inventory, prices rising, buyers can’t seem to afford what’s out there.  We do have inventory, it’s not like there’s no inventory, but it’s not inventory that people want. There are always homes that are on the market that are over-priced and those homes are going to sit there because the buyers aren’t willing to pay more than what the market will bear.

Steve Pomeranz: Right. We’ve talked about this almost endlessly in the last few months. The fact that sellers really need to price realistically in order to get that house sold.  We even talked about new strategies.  Instead of pricing it high and looking to negotiate the price down, is price it just slightly below.

Steve Pomeranz: Yeah. Now you’re negotiating upwards. They’re competing with each other to get a higher and higher price.  Terry, what is the regional breakdown of this decline in existing home sales? Region by region, real quick.

Terry Story: Sure. Northeast went down 13 percent. We’re looking at the Midwest, it fell about 5 percent. The South, about 2 percent. The West rose about 2.5 percent.

Steve Pomeranz: Okay. The biggest was the northeast, which is kind of surprising, I guess.  Other than that, about a 2 to 5 percent decline and then the West itself was up 6 percent.

Steve Pomeranz: Let me ask you some other questions here.  We love this segment that we do, the Real Estate Survival Guide, and here’s a question.  In the past few weeks, we’ve been talking about some of the tricky things that happen at closing.  What is the best way to handle repairs that were needed after the inspection reveals them?  This is after you’ve done your inspection, and now you’ve generic name of hydrocodone decided, “Well, XYZ needs to be fixed.” How do you handle that?

Terry Story: This is where a lot of deals fall apart. Typically, Steve, in our area, we sell homes as is. When a home is inspected, the report is generated and the report will indicate items that need repairs—electrical, plumbing, what have you.  Each item generally has a dollar amount associated with it.  Typically, what I find that works better is that you come up with a credit dollar amount versus having the seller make the repair.  For several reasons, I’ll give you examples.  You ask a seller to make a repair, let’s say it a simple repair, there’s some wood rot on the fascia of the house.  Seller makes the repair, but then doesn’t prime and paint the repair work because all you said was, “Make the repair.” Now you got a ticked off at the buyer.  You go to the closing, where you’re fighting over, “Job wasn’t done right, it should’ve been painted.” Etc., etc.  Now you’re shelling out more money in order to satisfy the buyer at the closing table.  If you upfront negotiate a credit, I think that’s the easiest and cleanest way to go about handling these deficiencies.

Steve Pomeranz: Plus it makes sense if you’re a buyer and you’re getting paid for it by the seller, why don’t you take control of the process?  Make sure the person that you hire does the job the way you want to do because, actually, you got the money now to pay that person.

Terry Story: That’s right.  Also, these inspectors, they general write …  Let’s say it’s a simple thing like changing an outlet.  They’ll charge say 50 to 75 dollars for each one.  You can go to Home Depot and buy the outlet yourself for 12 bucks and change it.  They’re designed to be …  So that an individual contractor would get paid to do that job.  If you take that credit, you’ll probably end up with a little change in your pocket when all is said and done.

Steve Pomeranz: Yeah, but also make sure you know where the circuit breaker is.

Terry Story: Don’t be messing with electricity, hire a professional.

Steve Pomeranz: If you ask the question, what is a circuit breaker?  Then hire somebody.

Steve Pomeranz: I saw on your notes that September is Realtor Safety Month.  What is that?  Is that to keep realtors safe or is that something else?

Terry Story: No, it’s something to bring to the attention of sellers. When you put your home up for sale, obviously there’s going to be agents and customers coming through the home.  It’s really important to be aware of certain things like valuables.  I can’t tell you how many times I see people’s cash, jewelry, car keys, just tossed on their dressers or their kitchen counter.  That could be really tempting for somebody to just swipe and then comeback and steal a car or what have you.

Another thing to keep in mind is prescription drugs.  A lot of people, you go in the bathrooms, and you’ll see all their drugs out on the counter tops.  Those things should be really tucked away, locked up properly to safeguard from people getting into those personal things. Of course, personal information.  I can’t begin to tell you how many times I’ll walk in and on the screen of their computers, their banking information, and bank statements on their desks.
Steve Pomeranz: Social security numbers.

Terry Story: Such personal stuff that you really don’t want eyes to be looking at.

Steve Pomeranz: I think the bottom line is, pretend you’re a drug dealer, leave your valuables and your cash hidden.  Your drugs out of plain sight.

Terry Story: Exactly.  Then your pets. Please, if you can, take the pets away when there’s going to be a showing.  Not everybody loves pets.  We had somebody the other day, open the cage, let the dog out, they felt bad for the dog.  Of course, the dog decides to go to the bathroom.

Steve Pomeranz: Use common sense, be careful.  Remember that you’re inviting strangers into your house.  Have you actually ever had anything stolen from a house you were showing?

Terry Story: Never from a showing.  I’ve seen the temptations, but I never had anything that happened.  The stories that I hear most have to do with open houses.  Keep in mind the difference between an open house and somebody going in accompanied by another realtor.  Open house, you’re opening your house to anyone.  You’ve got signs out on the street, “Come on in.” You don’t know who’s coming to the house.

Terry Story: There’s a lot more safety when a realtor’s going to show the home.  They already pre-qualified the buyers and, most likely, they are real buyers looking to buy a home. Not wasting their time going through a realtor to try to steal and rob you.

Steve Pomeranz: My guest as always, Terry Story.  Terry is a 27-year veteran with Coldwell Banker located in Boca Raton.  She can be found at terrystory.com.