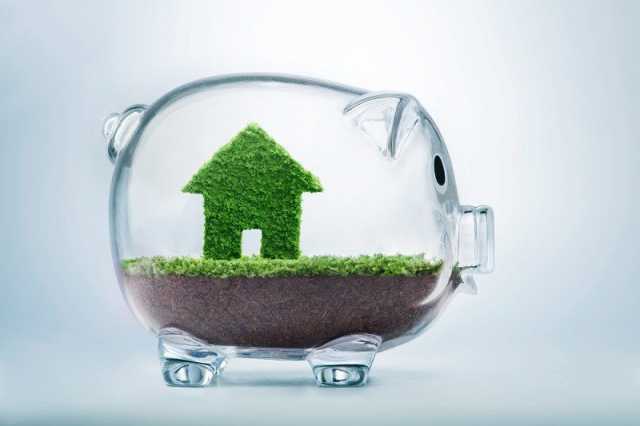 As a real estate agent of some 27 years, Terry Story has seen her share of ups and downs, bad markets and good markets, homes under water, new construction thriving or lagging, but every once in a while, something a little different enters into the picture.

The standard for pricing a home for sale has typically been to list it above the value or above what the seller wants and then to negotiate down from there to an agreeable number. Terry says a smarter approach is to list the home either at or slighter lower than that figure. This idea may sound counterintuitive, but it actually attracts multiple buyers who then engage in a sort of bidding war ending with the home selling for above the list price.  So thinking twice before you price your home may be just what you need.

As an example, Terry recently had three offers for a home valued at $300,000 that was listed at $299,000 which brought in three offers and eventually sold for $310,000. This more creative pricing is something that Terry says can move a home more quickly and also weeds out the less qualified buyers. With several bids in for one property, the race is on for prospective buyers to get approval and win the “contest”. Exposing a home to the greatest number of people is key, so if you’re selling on your own, you’re really missing out on the exposure a professional agent can bring to the picture.

Summer traditionally is the best time to buy or sell a home, and Terry thinks this is particularly true right now since the current low-interest rates and home prices are bound to rise before too long. Many people who were held captive in their homes after the 2008 crisis are finally realizing some equity which allows for more relocation to areas with better job opportunities, all of which contributes to a healthier economy and to a more vital and stronger real estate market.

Steve Pomeranz: It’s time for Real Estate Roundup.  This is the time every single week we get together with noted real estate agent, Terry Story.  Terry is a 27-year veteran with Coldwell Banker located in Boca Raton, Florida.  Welcome back to the show, Terry.

Steve Pomeranz: One of my favorite parts of doing this segment with you is when we start to find out about your work and what challenges you face on a daily basis, but you’ve got some tips for getting the most money when selling your house.  What are they?

Terry Story: Steve, this is going to sound counterintuitive, but price the home. I’ll give an example.  Let’s say a home, the market value is $300,000.  You could either price it at, let’s say, $325 or $299,500 or any number comparable to those.  If you were to take that home that’s worth $300,000 and you price it right at that number, slightly below, what happens is you’re going to, if it’s priced right, you’re going to have a strong response from the buyers because they recognize the value, and you will get multiple offers.  I just did this the other day.  I had somebody…we debated where we should price it at.  I said the value was around $300,000.  We talked about $325 versus $299.  We put it at $299.  We got 3 offers.  I ended up selling it for $310,000.
Now the why?  Because what happens is you’re allowing the buyers to bid against each other, and that way, as a seller, you don’t have to wait for that one offer and you’re trying to win that negotiation against that one buyer.  You have now 3 people bidding and jockeying themselves to be in the best position to purchase that home.  You’re going to find out how well qualified they are.  You’re going to learn so much more when you have 3 people bidding up against each other.

Steve Pomeranz: That’s some real powerful stuff you just mentioned.  Let me rephrase this thing.  Typically, we all think, your house is worth $300, you list it for $310, and then you negotiate and then you end up with $300, so that’s the standard way that I think most people think.

Steve Pomeranz: You’re saying it’s actually the opposite of that.  You price it at or maybe a little bit below, you bring in more offers, people can start bidding against each other, and there’s a good chance you’ll get over the $300,000.

Terry Story: Yeah.  They get very creative.  They start making the days of inspections.  Instead of 10, they’ll make them 7.  They’ll put more money down.  It’s fun to watch what they’re willing to do.  Not only is it the purchase price you’re looking at, but you have to look at all the other terms and conditions that they’re offering.  In this particular case that I just explained to you, it came in at $310.  Typical appraisal, it only came in at $306, so even though we had to adjust the price, we know we got the highest and best.  We actually sold it for more than what it was worth.

Terry Story: Absolutely.  A realtor is going to market the home to the universe.  If you’re trying to sell it on your own, you’ve got a limited market to where you can market your home, so who’s going to get you the highest dollar?  It’s going to be the person who’s able to expose your home to the widest audience.  If you’re trying to sell a product and only 100 people can see it and I try to market a product and I have 100,000 people see it, out of which pool are you going to get the greatest amount of activity and a person willing to pay the most?  Most likely, it would be with the realtor.  That’s why.  There wouldn’t be a real estate industry if we didn’t get our numbers.

Steve Pomeranz: Summer is upon us, and there are always good reasons to buy a home in the summer, but I have a question to ask you first.  When is the best time to sell, Terry?

Steve Pomeranz: When is the best time to buy, Terry?

Steve Pomeranz: You are such a real estate broker.

Steve Pomeranz: Operators are standing by.

Steve Pomeranz: What are some good reasons to buy in the summer?

Terry Story:Prices will continue to rise.  So far, in the past 12 months, the average home has appreciated by 5.9%.  It’s anticipated that in the next 5 years, it’s going to continue at a rate of about 3.2%, so prices are rising.  The other thing we know is mortgage rates, we know that the rates have recently come down because of the global issues going on.  Mortgage rates will rise at some point.  My gosh, we’re under 4%.  They can’t sustain these levels, so we know that in the future they will rise.  Third, either way, you’re paying for that mortgage, whether you’re owning a home or renting a home, you’re paying for somebody’s mortgage.
Fourth reason, when it’s time to move on with your life, consider are you wanting to do it to get your kids into a school?  Are you wanting to make the move to have a home to raise your children in?  Whatever the reasons, or you just want to control your own renovations to your own property that you’re living in, these are the factors to take into consideration, and the summer time’s a great time to do it.

Steve Pomeranz: One really good reason to move is to move where the jobs are.  There was a long period of time after the 2008 crisis where so many homeowners were buried in their homes.  Their mortgages were worth more than the home was actually worth itself, so they couldn’t go anywhere, but now that home prices have risen and now perhaps your home mortgage has been paid down to a greater degree, you have some equity in your home and now it’s time, if there are no jobs in your area. Based upon what you do and what you’re really good at, maybe it’s time to consider moving and going where the jobs are.  That is one thing that is special about the United States and about the people in the United States is that they will move to where the jobs are, and now the real estate market is affording the old-fashion way of doing things, whereas, it’s not really been available for the last few years.

Terry Story: That’s right because people were held captive in their homes because there was no equity.

Steve Pomeranz: Things are getting better, and this is one example of it.  As always, I’m speaking with Terry Story.  This is our Real Estate Roundup segment.  To hear this and to hear all of the other segments that we do, don’t forget to join the conversation at onthemoneyradio.org.  Terry is a 27-year veteran with Coldwell Banker located in Boca Raton, and she can be found at terrystory.com.  Thanks, Terry.