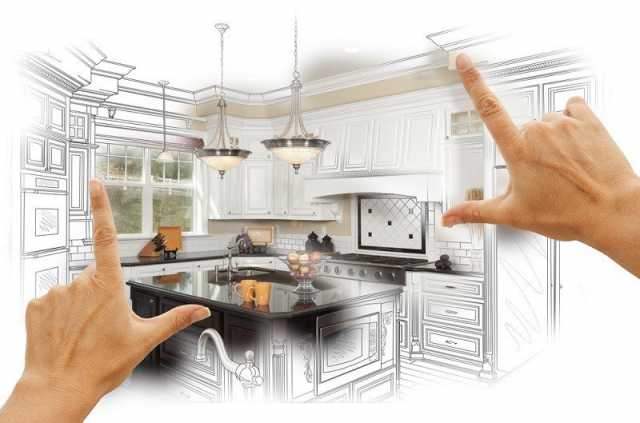 Although home sales are doing well these days, the home renovation business is thriving. Terry says there are two kinds of renovators out there— first-time buyers fixing up older homes and long-time homeowners choosing to stay and fix up the place.

The largest group is the new home buyers who purchase older homes because of location or price and take on ambitious projects such as remodeling kitchens and bathrooms, adding on rooms, or major landscaping. Generally, they’re spending an average of $66,000 on such improvements.

The other group, those who have lived in the home for perhaps 25 years or so, spend about $36,000 making upgrades and enhancements as the alternative to moving.

Terry says this is an excellent time for anyone selling products or services for remodeling—contractors, carpet and flooring specialists, stores such as Lowe’s and Home Depot.

As a busy real estate agent, Terry often encounters problems that can derail a closing date on a home sale. Since few people can pay cash for a new home, for the most part, these delays or cancellations are related to issues with the buyer’s financing.  Quite often, the buyer of a new home is faced with having to first or simultaneously sell their present home before being able to take on the costs for the new one. For some, bridge loans are an option as is tapping into a home equity line of credit. Terry’s advice to her clients is to have a plan in place should the timing not be so well coordinated.

In closing, Terry comments on the flipping phenomenon that was so prevalent back before the housing crash. Instead of buying and trying to flip a house, as in the past, Terry says investors are buying, fixing, and then renting. Since rents are on the rise, this practice usually brings a good rate of return.

Steve Pomeranz: It’s time for Real Estate Round-up.  This is the time every single week we get together with noted real estate agent Terry Story.  Terry is a 27-year veteran with Coldwell Banker located in Boca Raton, Florida.  Welcome back to the show, Terry.

Steve Pomeranz: I know that home sales are doing rather well, but I think a lot of people these days are deciding to stay in their home and renovate.  What’s going on in the renovation market?  Is there more than one type?

Terry Story: Absolutely, Steve.  There are actually two kinds of renovators.  What we’re seeing, the largest group of people renovating are the new homeowners.  They’re taking on the larger projects, so somebody who just purchased a home and they want to redo it.  They didn’t want to buy an old house.  They wanted to buy something that is more centrally located, so they’re buying that older home, turning into bigger projects.  For example, they’re remodeling the kitchens, that’s the most popular.  Then they’re tackling the bathrooms and then maybe doing curb-appeal projects such as painting the house, roof, et cetera.  They’re spending on average about $66,000 on homes.

Your next kind of home owner/renovator, they’re spending about $36,000.  That’s the person who’s been in their house 25 years.  They don’t really want to move, and they tend to tackle the projects on their own.  They might not hire that general contractor, therefore, they tend to spend less.

Terry Story: The new home-buyer coming in spends a lot more than the current person currently living in the house.

Steve Pomeranz: Yeah, so this is a good time for anyone really in the local remodeling construction business, I guess, for people who sell flooring and those kinds of services as well.

Terry Story: Absolutely.
Steve Pomeranz: They’re doing pretty well.  I guess it means it’s good for the Home Depots and the Lowes and other do-it-yourself.

Steve Pomeranz: Yes.  Hey, don’t make any stock recommendations here, that’s for sure.  All right.  Let’s change subjects here.  Many of us have bought and sold homes numerous times.  What problems can arise that may derail a closing date?

Terry Story: Sure.  There’s actually two issues, delaying a date and terminating a closing ever happening.  First item, let’s talk about delayed closings; they tend to be issues with the buyer’s finance.  Appraisals tend to slow things down if they don’t appraise.  Home inspections may have to have some repairs made.  That’ll delay a closing.  Talking about issues with the title and deed, I don’t see that that often, personally, but that’s at 11%.  Contingencies stated in the contract, for example, contingent on someone else’s property closing, that can delay a closing.  Then just general overall buying of distressed properties.  There tends to be a lot of issues that pop up with distressed properties that can delay a closing.

Terry Story: Those are your top reasons, and then terminating-

Steve Pomeranz: Before you go, I want to address one of the points that you made.  You said contingencies stated in the contract, and one might be waiting for a home to sell.  Let’s talk right about that.

Steve Pomeranz: In today’s market, is it better to buy first and then sell, or wait till you sell your home and then buy?

Terry Story: Well, it depends on how much money you have.  Here’s the problem.  Most people can’t afford to buy a house and then sell the house.  That means they would be carrying two mortgages.  There are certain ways you can work around that problem if you have a lot of equity in your home.  One way would be a bridge loan, which is very limiting, but if you have equity in a house, there are some bridge loans out there.  Then second is to tap into maybe a current equity line of credit that you have on your home.  That really is the way that most people that are in a position with a lot of equity can buy first, then sell, unless they just have a lot of money in the bank.

Now reality, you want to buy a house but you need to sell your house, so what happens is …  I got this story going on right now.  They put their house up for sale.  First person that walks in wants to buy it.  Now the homeowner panics, “Oh, my gosh, I have no place to go.” They dilly-dally, stall, negotiating with the buyer who really wants the house while we’re trying to find a house for them.  Four days later, we go back to the first buyer and they said, “Sorry, we didn’t want to wait any longer.  We moved on.”

Terry Story: We see this time and time and time again.  The only way that you can really work around this—and the best advice that I have for anyone trying to do this—is put your home up for sale, but you have to have Plan B.  Plan B is you’re moving in with a family, a relative.  You’re taking temporary housing, whatever it takes.  Put your home up for sale.  You can’t become a serious buyer until you have a contract on your house, and there may be a gap.  There may be a 30-day, 60-day, maybe even 90-day gap between the time you close on your home and you find another home to move into.  You have to be prepared for that scenario.  Otherwise, it’s like trying to do gymnastics on a balance beam.  It’s really, really challenging and difficult to sell your house and buy a house.

Terry Story: It’s done all the time.  I do them all the time, but you just have to …  I tell my customers, “We can do this, but you have to have Plan B.  If you have Plan B in place, chances are you won’t even have to go to Plan B.” It just always seems to work out, Steve.  I get the house under contract.  We go out and look for a house, and, sure enough, there’s a house there just waiting for you to buy it.  Usually just works out, I’d say, at least 90% of the time.  Only have about 10% who have to go to Plan B.

Steve Pomeranz: Okay, well, that 10% would be me, I’m sure.  All right.  There are a lot of shows on TV about buying and flipping.  Are people flipping their homes as much, or are they treating them more like longer-term investment problems?

Terry Story: We’re seeing landlords wanting to be flippers, investors wanting to be more landlords right now—that’s because of the income potential.  The appreciation isn’t rising as quickly, that flip opportunity has subsided.  Rents are on the rise.  Most investors are getting a good return.  We’re seeing a lot of them.  They will be flippers, but they’re waiting 4 or 5 years before they flip the house.

Steve Pomeranz: Well, first of all, the property prices aren’t rising quick enough.  I’ll tell you, I’ve looked at some deals in the last 3 or so months, and any buy-and-then-rent-out deal, I just couldn’t get the numbers to work.  The rents don’t seem high enough to justify current prices and all the other fixed costs.

Terry Story: You have to be a cash buyer, to be honest, to make the numbers work.  You need to be a cash buyer.  You put a lot of money,  you put the money down, and now you’ve got an income stream.  If you have to take out a mortgage in order to do this-

Terry Story: You really need to look at a lot of different factors, and it isn’t as lucrative as it is if …  Your inability to put a lot of cash down on it.

Steve Pomeranz: Yeah, and the key is you have to do your homework.  You really have to crunch every single number you can think of as an expense for owning a house.

Terry Story: Oh, vacancy rates.  You have to take into consideration the taxes, regulations.  There’s a lot of different factors.

Steve Pomeranz: Yeah.  Don’t just assume that it’s real estate and it’s low risk because there is risk to your money in any kind of investment of that type.

My guest, as always, is Terry Story.  Terry is a 27-year veteran with Coldwell Banker located in Boca Raton, Florida, and she can be found at terrystory.com.  Thanks, Terry.