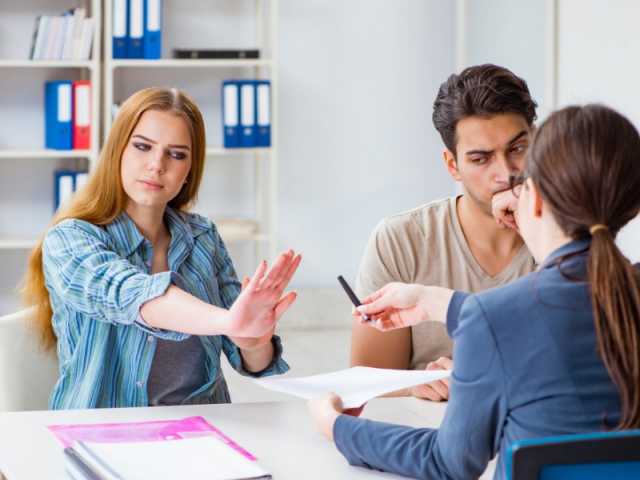 In the past, if you wanted a mortgage, you’d go to a bank.  But today, non-banking financial institutions have entered the mortgage-lending business.  As a result, it’s much easier to get a mortgage loan today.

In her own experience, Terry Story finds that getting loans from non-bank mortgage lenders is far easier, quicker, and more convenient.

Steve attributes this to fewer regulations on non-bank mortgage lenders than on banks, which were chastened for the 2007 mortgage crisis.

In today’s low-interest rate environment, non-bank lenders borrow money at short-term rates (about 1.5%) and lend it out at higher, fixed 15-y or 30-y rates (about 4.5%).  However, should interest rates rise, profits on this short-long interest rate arbitrage could get squeezed.  And if rates continue to rise, non-bank mortgage lenders could collapse and cause a mini-mortgage crisis.

Residential real estate prices continue to rise.  As Terry points out, the rate of rise varies by neighborhood.

In Terry’s neck of the woods, $600,000 represents the transition price from a seller’s market to a buyer’s market.  Homes priced at less than $600,000 are in short supply and attract multiple offers.  Above the $600,000 mark, affordability drops and buyers start to have negotiating power.

In major cities such as San Francisco, the transition point runs into a few million dollars.

Starter homes are in high demand by millennials, so they attract lots of bids and typically sell for more than their asking price, with sellers in complete control.

A recent survey showed that two-out-of-three economists believe the housing market will continue to rise until 2020 and then reverse course.

Terry believes there is a shift coming, in line with real estate’s cyclical nature.  She’s starting to see signs of slowing and a bit of a pullback in the housing market.  Terry attributes this to home prices rising at a higher pace than earnings, making it hard to afford a house.  Ultimately, she sees supply and demand reaching a steady equilibrium.

With fewer people buying homes, most are moving to rentals.  So the housing market’s loss is a boon for rentable residential real estate.

Rental rates are typically cheaper than having a mortgage on that same home.  The secret for renters, says Terry, is to sock away the difference and build up your down-payment.

Say you rent a property for $2,000, for which your mortgage would likely be $2,500.  Steve wants you to save that $500 difference, something most Americans simply do not do.  That $500 in monthly savings could help you build an emergency fund and safety net, should something terrible happen.  If all goes well, that monthly savings of $500 will build-up into a nice nest egg or give you the down-payment for when you decide to buy your first home.

There is no straight formula for how much you need.  If you work in a cyclical industry, like construction, you could need more than six months of savings.  If you’re in the medical field, your income stays fairly steady and jobs are aplenty, so your buffer could be smaller.  On average, you should have at least six months of savings in your rainy-day fund.

No Signs Of Overheating

In closing, Steve notes that he’s always looking for signs of overheating and doesn’t get the sense that the housing market is hot, hot, hot.  One indication, too, is that home flipping is at a four-year low.

Steve Pomeranz: It’s time for Real Estate Roundup. This is the time every single week, we get together with noted real estate agent, Terry Story. Terry is a 30-year veteran with Keller Williams, located in Boca Raton. Welcome back to the show, Terry.

Steve Pomeranz: So, used to be that you would want to get a mortgage, you would go to a bank, but now that is starting to change pretty dramatically. Non-banks are lending-

Steve Pomeranz: … Money. What is that all about?

Terry Story: You know, the non-banks are lending institutions. The traditional banks are the big ones that we know, Bank of America, Wells Fargo, the list goes on. I hate to say it, but it’s easier to get a mortgage, it seems like you have less hoops to jump through-

Terry Story: … When you go directly with a lender. And this is my opinion, and my perspective. So sorry, if you work for a bank and you’re … I find it a lot easier to deal with a mortgage lender that’s not tied in with a bank. You can reach them at night, you can reach them different hours. It’s just an easier, cleaner experience.

Steve Pomeranz: Well, you know, there is a way to kind of differentiate between the bank and the non-banks. So, obviously, Wells Fargo is probably the number one bank issuing mortgages, and then comes JP Morgan Chase. But the third is Quicken Loans. See there’s a non-bank-

Steve Pomeranz: … Offering mortgages. You just gave me a face.

Steve Pomeranz: We won’t say what you really think about Quicken Loans, but that’s not the point. In terms of volume, they’re number three, and there’s a lot of small companies coming up behind them that are kind of taking this over. I don’t know for sure, but it seems like they would be subject to less regulations because, you know, the big banks really have been operating under new laws since the crash.

Terry Story: Right, right. I just think that my opinion is they just don’t want to lend money anymore. They’re going down a different direction with their business model, and these mortgage lenders want to lend money.

Steve Pomeranz: Well, let me tell you what could be a possible hiccup in this whole idea. According to the article, these non-banks are borrowing money on the short term …

Steve Pomeranz: … And of course, you’re lending at a fixed rate, there could be a point in time when the amount of spread between the two narrows, and that could hurt margins. And if it narrows too much, it could actually really hurt the balance sheet, and bad things could happen.

Steve Pomeranz: Yeah, just nothing that we have any control over, just something to really understand. Okay, so prices, residential real estate are high, and we’re still in a seller’s market?

Steve Pomeranz: What does that mean, technically?

Terry Story: Well, you know, real estate is local, is it really depends on what’s happening in your neck of the woods.

Steve Pomeranz: What is happening in your neck of the woods?

Terry Story: That’s right. I mean, technically, I think we draw the line around 750.

Steve Pomeranz: If you lived in San Francisco …

Terry Story: Very much a seller’s market. I wish I had a million of them.

Steve Pomeranz: All right, so, basically, there’s a report that two out of three economists surveyed are thinking that this market is going to continue until 2020, and then it’s going to turn. I mean, that’s a prediction, right?

Steve Pomeranz: Okay. And a buyer has the choice now of either buying or renting-

Steve Pomeranz: And when you get to this part of the cycle where sometimes it’s better to rent than it is to buy, and sometimes vice versa.

Steve Pomeranz: So according to the material that I’m reading, it’s starting to be more of a renter’s market.

Steve Pomeranz: The difference. And that is the point. So, let’s say you have a $2500 mortgage versus a rental for $2000. For those numbers really to work, you’ve really got to save that 500 bucks, and most people don’t do that.

Terry Story: What is it, six-months income?

Steve Pomeranz: You know, it also depends. If you have a job that’s in a cyclical industry. Let’s say you’re in construction, and that goes up and down, you really want more. Right? But let’s say you’re a doctor and you’re in an industry which is pretty steady, you don’t really need that because the chances of you losing your job are probably pretty remote. So it has to do more with the kind of work you’re in, but six months is a good average, for sure.

Steve Pomeranz: I’m always looking for signs of overheating, and I don’t really get the sense that the housing market is hot, hot, hot. I think one indication is this idea that home flipping is hitting a four-year low.

Terry Story: Yes. You don’t see it much.

Steve Pomeranz: You don’t see it that much anymore. Why is that?

Terry Story: Well, the home flippers, they were taking advantage of purchasing the distressed properties. Because for them, a home flipper is all about profit margin. How much can I make out of it? So they gravitated to the foreclosures and the distressed sales. And quite honestly, they don’t exist. There’s some out there, but not to the scale that we had.

Steve Pomeranz: So, the more that a flipper has to pay, and usually they have to then go in and spend some of their own capital to improve the property, make it ready for sale, the spread, again that word, the spread between the two starts to narrow, so it becomes less economically attractive.

Steve Pomeranz: Okay, my guest, as always, is Terry Story, a 30-year veteran with Keller Williams, located in Boca Raton, and she can be found at terrystory.com. Thanks, Terry.