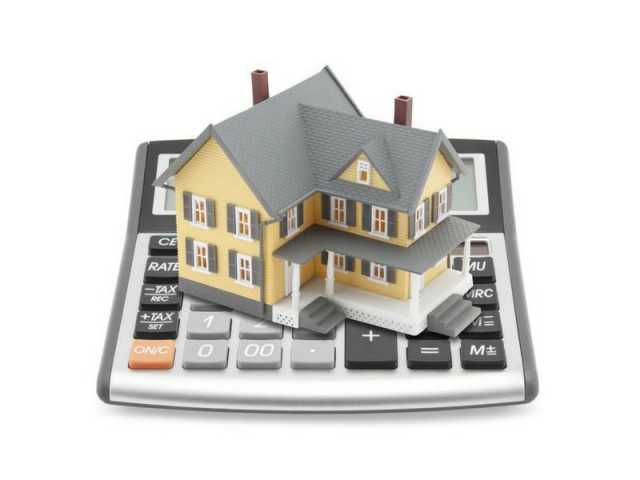 Real Estate Round-Up kicks off with Terry Story’s update on the housing market. In Florida, the median home price of single-family homes in December 2017 was $244,000, up 8% over the previous year.  The median home price of condos was about $180,000, up about 7.8% from last year, with home price gains driven higher by a combination of tight inventories and rising buyer confidence tied to low unemployment, a strong jobs market, and rising wages.  While interest rates have ticked higher, they are still very low by historical standards and continue to attract buyers who know this low-interest rate regime may not last forever.

Steve notes that after the real estate crash in 2007, homes took about 18-20 months to sell. Now, housing inventory (homes for sale) is down to just 3.6 months, well below the six-month supply mark which signals a strong seller’s market.  As a result, buyers rush to buy and homes typically sell within 40 days on the market.

So typically, if a home hasn’t sold in 2-3 months, it’s either priced too high or is in an undesirable location.

As Terry puts it, the real estate market’s dirty little secret is that about 75% of all listed homes do not sell right away because they’re overpriced, and it’s not until they’re priced properly that offers start to come in.

Size Matters, But Only A Little

Valuing a home before putting it on the market is no easy task.  For instance, if a neighboring 2,400 square-feet home sold for a certain price, would a 3,000 square-feet home sell for more to account for its 25% increase in floor area?  Turns out, there is a correlation to size but only to a certain extent.  When valuing homes, appraisers look at recent sale prices of smaller and larger homes and use that range to set a reasonable price.

Terry also points to the law of diminishing returns. Larger homes do not always command the same price per square foot as smaller homes, especially in a community of predominantly smaller-sized homes because buyer preferences tend to factor in neighboring homes.

The sweeping tax reform, that was signed into law on December 22, 2017, is a massive document riddled with errors, handwritten notes, and the like, so the real impact on real estate isn’t quite clear.  What is clear is the elimination of mortgage interest deduction on new home loans bigger than $750,000.  (Existing mortgages are grandfathered in.)  The deduction also applies to second homes.  Terry believes the interest elimination may lower demand for homes priced above $750,000.

Another change impacts deductions for income, sales, and property taxes—from unlimited to a cap of $10,000.  Terry believes this will adversely impact people in heavily taxed locales such as New York City and drive an influx of people to states such as Florida that do not have state income taxes.  Steve notes that developers in Miami are already seeing a rush of out-of-state buyers, with website traffic up 300% after Trump’s signing of the new tax law.

The new tax law will have momentous consequences on American real estate, but as many pundits say, don’t let tax minutiae impact your long-term asset or home purchase decisions.  Politicians and the laws they favor come and go, so don’t micro-manage your life around them.  Instead, focus on long-term value and you’ll come out just fine.

Steve Pomeranz: What’s going on in the housing market? Are we closing more sales? Have things slacked? What’s happening in that?

Terry Story: Yeah. State wide, the median sales for single-family homes last month was 244,000, which is actually up 8% over the previous year, so that’s good.

Steve Pomeranz: That’s the price of the house?

Steve Pomeranz: Are inventories still tight? Is that what’s making the prices rise?

Terry Story: Exactly. It’s a combination of two things. We’ve got tighter inventory and, with the job growth, people are feeling more confident, wanting to buy houses. We also have interest rates ticking up. With the uptick of interest rates, tighter inventory, we’re going to see these numbers continue to climb for a little bit.

Steve Pomeranz: The median sales price for a single-family home in Florida, yeah, in Florida, was $244,000, which was up 8%. What about condos and townhouses?

Steve Pomeranz: Now, I remember after the real estate crash, the time it took for the average home to sell, the number of months was like 18, 20 months. I mean, it was an unprecedentedly long time.

Terry Story: It was crazy.

Steve Pomeranz: Right? What is the period of time now for the average house before it sells?

Terry Story: We have two things. It’s the inventory supply. That’s at 3.6%. That is super, super tight. Anything less than six months means it’s a seller’s market. I don’t know. I don’t recall ever seeing it this low.

Steve Pomeranz: The average home is on the market for 3.6 months now?

Terry Story: That’s the amount of supply. That means-

Steve Pomeranz: It’s the amount of supply rather. Yes.

Terry Story: Right. That means it would take to …

Terry Story: … At the rate in which we’re selling all the property, 3.6 months to sell it all.

Terry Story: Now, the average days on market in this area is around 40-something days, which is really quick.

Steve Pomeranz: I guess a person can say, if their house hasn’t sold in two months or three months, then there’s something wrong.

Steve Pomeranz: Most of the time, what is that thing that is wrong?

Terry Story: If you don’t want to improve the condition, then you can adjust the price.

Terry Story: I mean, it’s really that simple, and, Steve, what I see time and time is sellers will say, “Oh, well, my neighbor is asking this much for their house. Mine is nicer. I’m going to ask more.” They’re paying attention to what is for sale and not what has sold. The dirty little secret is a large percentage, I’d probably say about 75% of all the homes on the market, don’t sell right away because they’re overpriced, and it’s not until they’re priced properly that they’re getting their offers and then selling.

Steve Pomeranz: Let me ask you this. When you look at home sales in your neighborhood and you see that, “hey, that house went for X, ”, and you go, “Well, my house is better,” how much does square footage really matter? I mean, if a house is 2,400 square feet and your house is 3,000 or 2,600 square feet, does that really make a difference?

Terry Story: It does and it doesn’t. From an appraiser’s perspective, when they do an appraisal to figure out value, they’re going to take a house…let’s say we’re selling your house and you’re at 2,400 square feet, they’re going to take … Consider homes 20% less than yours and 20% more than yours and use those homes in that market in that range to appraise it, and then that’ll adjust accordingly. So, 200 square feet, I mean that’s a whole bedroom, so it’d be like a three-bedroom versus a four-bedroom.

Steve Pomeranz: Okay, so that would make a difference, the number of bedrooms.

Steve Pomeranz: Obviously, that would matter. I’m talking about small differences, but I guess …

Steve Pomeranz: … If you say it’s a bedroom or more-

Steve Pomeranz: Especially, and I’m asking, I’m not stating this, but it seems that if you have quite a large home in a modest community, that’s also going to be capped?

Terry Story: There is some cap to it, yes.

Steve Pomeranz: Okay. Let’s change gears here. I want to talk about the impacts of the tax law. We just had the sweeping tax reform that was signed into law on December 22nd, and the massive document is so dense that even seasoned real estate professionals are saying they don’t really know what it means. Some of the bills, real estate provisions are clearly delineated, as you said, and other portions are riddled with errors, with handwritten notes in the margins and stuff like that. A lot of people don’t know what is going on. Let’s talk about the things that are perfectly clear. Let’s talk about mortgage interest rate deduction.

Terry Story: Sure. The homeowners with a loan up to a million can write off the interest on their mortgages. Now, the amount has been lowered to 750. That’s a big change to affect those, and this is for new mortgages. If you already have a mortgage, you’re grandfathered in. That’s one of the big changes. The deduction also applies to second homes. Another big, big change is the deductions for income, sales, and property taxes. It was previously unlimited. Now, it’s capped at 10,000. What is that going to do to us? Two things. Some feel that the homes priced in the 750 to a million are going to be affected, experience a slowdown because of the first change, but the other thing you can think of, because of the second change with this cap of 10,000, that’s going to affect people like in New York City, big, big cities, and we’re actually anticipating an influx of people coming to South Florida because we don’t have state income taxes.

Steve Pomeranz: Yeah, there was a quote from the developers of the Brickell Flatiron Luxury Condo in Miami, which is 64 stories, and they said that since the enactment of the tax law, inbound website traffic has tripled and actually some penthouses in the building ranging in price from 1.2 million to 3 million were bought by New Yorkers in the first two weeks of January alone.  Tax implications do have their effects, but also don’t forget that the top tax bracket has been lowered a little bit, a couple of percentage points, which kind of would offset just a little bit that lack of deductibility in the state tax and income, sales, and property taxes. I’m speaking with Terry Story as always. Terry is a 29-year veteran with Keller Wlliams located in Boca Raton, Florida, and she can found at terrystory.com. Thanks, Terry.