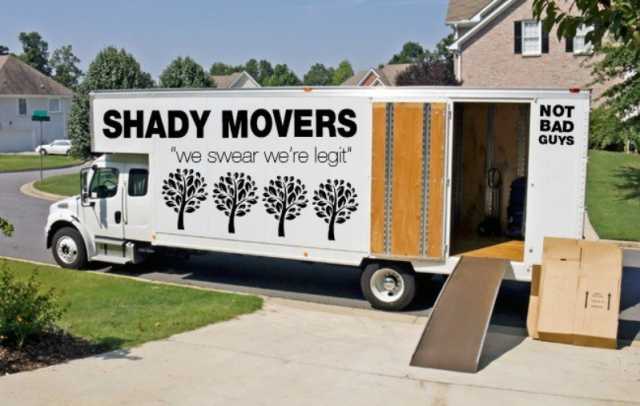 In today’s segment, Terry gives us great advice on how to avoid a bad moving company. She tells us what to look out for and gives us tips on how to find a good one. She also answers a question about rental policy in a condominium, which may disallow an owner to rent out their apartment.

Steve asks a technical question about this idea that for the longest time realtors and buyers have been complaining about the lack of inventory. Steve wanted to know what it means and why it’s happening.

Steve Pomeranz:  It’s time for real estate round up.  This is the time every single week we get together with noted real estate agent Terry Story.  Terry is a twenty-six year veteran with Coldwell Banker located in Boca Raton, Florida.  Welcome back to the show, Terry.

Steve Pomeranz: Of all the companies that service the real estate industry, one type of company that has the worst kind of reputation is a moving company.  How do you know, what are the signs you look for to make sure that you don’t get stuck with a bad moving company?

Terry Story: According to the US news and world report, they’re highlighting the three areas.  One, if you’re shopping around, and the price is significantly lower than the competitors, and when I say significantly lower, we’re talking maybe twenty to thirty percent lower- you know it’s not going to be normal.  It’s okay to look for the least expensive bidder but not by twenty or thirty percent.  You need to take that into consideration.  If you’re seeing that, then there’s a good chance that later down the road you’re going to get scammed, where they will come up with mystery triple pricing on the day of move.  I’ve heard and seen everything, so, you know, buyer beware.  If it sounds too good to be true it probably is.

Terry Story: A high required deposit.  Moving companies will ask for a deposit fee, it should be about maybe ten percent of the job.  It’s not unreasonable for them to ask for a hundred or two hundred dollars, but if they’re asking for a significant amount of money upfront that should be a red flag for you.

Terry Story: Yeah, that’s out of line.  Then, you know, you really need to verify the companies that you’re speaking with.  You know, you go through the Yellow Pages and you come up with all kinds of names and their ads looks real pretty, but check with the company and see if they’re reputable through the Department of Transportation.  Ask them if they’re registered with the state and the state Department of Transportation.  If they’re not, that should also be a warning sign. These are the big three things you should be looking for.

Steve Pomeranz: Yeah, and even then, you’ve got to look at your contract very carefully to make sure that you understand the rules about breakage, the rules of the time and delivery.  You know, you mentioned that one scam is that on the day of the move, they jack up the price. You’ve got to move that day, you’re kind of caught in a vice, so to speak, and that’s-

Steve Pomeranz: They’re holding your furniture on the truck.  Yeah, there can’t be anything more stressful or worse than that, right?

Terry Story: You know, and the best thing is to ask friends who’ve just recently moved, who did they use and what did they think of them.

Steve Pomeranz: Is a condo’s no rental policy legal?  In other words, if you live in a condo and they don’t allow you to rent out your apartment, is that legal?

Terry Story: Well, it is, but there are exceptions to the rule.  You know, they can impose these, but let’s pretend that you move into a condo and they did not have that rule.  Now the association votes on it and they rule it in, but you did not vote for it.  You are exempt from that rule.

Terry Story: Now if you turn and go ahead and sell your property then the new buyer would have to adhere to those rules.  If you didn’t vote for it and you were able to rent before, and now they’re saying that you can’t, then you’re an exception to the rule.

Steve Pomeranz: Yeah, so it’s like being grandfathered in, so to speak, right?

Terry Story: Then there’s also many rental restrictions that will allow for an exception for an owner who’s experiencing hardship.  You really have to read through your condo declarations, you might find out if it’s a true hardship you’re allowed to rent it out.  I know of some communities… they’ll allow a one time hardship, but you can’t just necessarily ask the board, you need to read the rules.

Terry Story: You know, the answer’s in the condo declaration so read the paperwork.

Steve Pomeranz: All right, very good.  This comes from Gary Singer who writes for the Sun Sentinel, this question was really asked of him.  Now Virginia Brown from Trulia wrote an article about the number one reason not to pull money from retirement to buy a house.  Take us through that a little bit.

Terry Story: You know, I’ve dealt with this in the past where people actually borrow against their 401K, but you have to question: “Does this make economic sense?” If I’m not able to save enough money to purchase my house, can you really afford to be buying a house?  You’re now going to borrow money from your 401K, which really should be towards your retirement.  There are rules with this; you have to pay it back.

Steve Pomeranz: Yeah, first of all you have to pay it back, that’s number one.  Number two, if you leave your employer, you’re required to pay it back right away, so it’s-

Terry Story: Right, and a lot of people just don’t realize what you’re engaging in when you buy a home. You really have to think twice before you borrow that money, because you’re going to have other costs too.  If you want a home, you have to think about roofs leaking, appliances breaking, air conditioners; you have to be able to have the money to fix those things.  Think twice before you borrow against a 401K and know what you’re getting into.  That’s my advice.

Steve Pomeranz: If you take a distribution, then you’re going to be taxed on it.  If you’re under age 50 ½, you’re going to be penalized for that.  That’s a pretty big hit, and plus, this starts a pattern of you saving long term but then using the money short term, and that’s a habit that’s going to hurt you down the road.

Steve Pomeranz: That’s right, exactly.  All right, let’s change gears here a little bit.  You know, we always talk about low inventory (not enough homes for sale) and I think a lot of people don’t really understand how we can be in that situation.  What are some ways that explain low inventory?

Terry Story: Well ,first of all many home owners are still under water.  These underwater homeowners are not moving, they’re still staying in their homes.  That would be one reason.  Number two, the baby boomers are still holding out.  There are about sixteen million families who bought at the peak of the boom, and they’re still waiting to make a profit from their house.  Until they’re in the positive, they’re not making a move.  Three, the inventory shortage is just squeezing the move-up buyers.  Steve, I can’t tell you how many people, I just met with another young couple, they want to move up.
When I met with them, like, “Okay, we have equity in our house.” I show them what’s available that they could buy, and there’s hardly any inventory.  Now they don’t want to, they can’t buy unless they sell, and I’ve got so many people, and talking to a lot of realtors, we have so many people that want to move, but they can’t move unless they sell their house, and they don’t want to sell their house unless they know where they can move to.

Terry Story: Something better give.  I’m so frustrated with it.

Terry Story: Then the investors, they’re not ready to sell their single-family homes yet.  They’re renting them out.

Terry Story: Then finally the baby boomers, they’re running way behind.  They’re still, they’re working later in their retirement ages, and they’ve got longer careers, better health.  They’re not downsizing, so they’re still stuck in their houses.  It’s like everybody’s in this hole to get out of.

Steve Pomeranz: Mortgage rates have never been so low, people are working and all the other aspects of a good healthy housing market are there, but the housing inventory itself is a big problem.

My guest as always is Terry Story.  She’s a twenty-six year veteran with Coldwell Banker located in Boca Raton, Florida, and as always she can be found at www.terrystory.com.  Thanks, Terry.