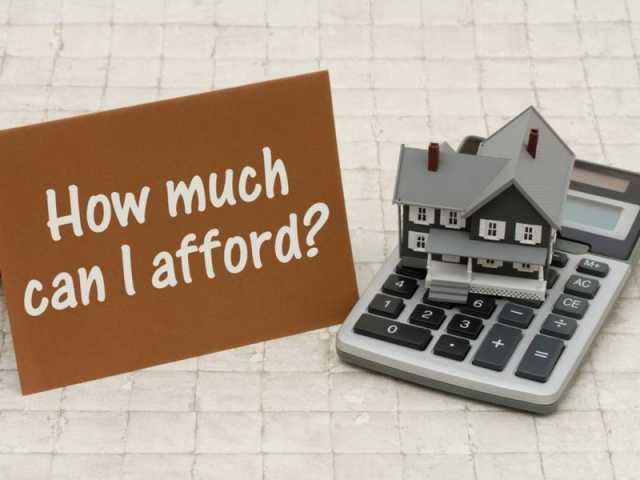 Terry in da’ house! For this week’s Real Estate Round-Up, Terry Story joins Steve in his studio for a bit of face-to-face fun!

Terry attributes this to robust demand across the country and believes it will help the housing shortage that’s been hurting sales for quite some time.  This report suggests the market is starting to regain momentum after being constrained by shortages of homes for sale, available land, and construction workers.

Steve conjectures that the numbers could have been even higher had the hurricane season not been so severe, so there appears to be real underlying strength in real estate.  Terry confirms his hunch with data that showed a 30% monthly increase in October of new single-family home sales in the North-east region of the U.S. which wasn’t impacted by the hurricanes, compared to just a 1.3% increase in the South.

In further good news, the surge in sales did not lead to a drop in inventory, but to a 1.4% monthly gain to 282,000 units at the end of October, which represents 4.9 months of supply at the current sales rate and is the highest inventory level since May 2009.

Data further suggest that millennials are actively involved in new home purchases, suggesting they are finally moving out of their parents’ homes, forming new households, moving into the suburbs, and buying new appliances, SUVs, etc.

With millennials moving out, their empty-nest parents are finally selling homes, downsizing, and moving into rentals.  Steve links this trend to the surge in new rental units in the Boca Raton and South Florida area.  And Terry puts things in perspective by noting that in the 2009 to 2015 period, rentals jumped 28% for people in the 55+ age group but only 3% for older millennials in the 34-year old age group.

With children moving out, empty nesters are looking to lower expenses, reduce house-related chores, pull out home equity, and spend more time on recreation and other age-appropriate pursuits.

How Much Home Can Your Earnings Buy?

With more millennials becoming home buyers, it’s important that they know how to budget for a home so they aren’t overly stretching themselves. As opposed to renters having to worry only about a single monthly payment, homeowners have to add up monthly mortgage payments, annual property taxes, homeowner’s insurance, and association fees if your house is part of an HOA or equivalent, and home maintenance expenses such as wear and tear, minor and major repairs, gardener expenses, etc.  Also factor in property tax, insurance, and HOA price increases over time.  Buyers with mortgage down-payments of less than 20% may also have to add-in Private Mortgage Insurance (PMI).

Steve reminds younger buyers that although they will build-up home equity over time, running a home involves expenses that go well beyond mortgage, taxes, insurance, HOA fees.  Homeowners keep putting money into their homes through renovations, remodels, termite treatments, and necessary maintenance and repairs to keep the house functional.

While monthly outflows can be a little higher in a single-family home, Terry reminds us that it’s still statistically cheaper to buy a house because of the high and rising costs of rentals.

Steve Pomeranz: It’s time for Real Estate Roundup. This is the time every single week we get together with noted real estate agent, Terry Story. Terry is a 29-year veteran with Keller Williams in sunny Boca Raton, Florida. Welcome back to the show, Terry.

Steve Pomeranz: You know, you are in the studio today. This is so exciting.

Steve Pomeranz: So we get to look at each other and have some fun here today.

Steve Pomeranz: That’s wonderful. So, a lot has been happening in the real estate market, and there was some news last week that new home sales surged unexpectedly to a 10-year high in October. What’s going on?

Terry Story: That’s great news. It did rise unexpectedly in October. It actually hitting their highest level in 10 years, amidst the robust demand across the country.

Steve Pomeranz: We got any kind of statistics with that number?

Steve Pomeranz: A big jump. So something’s going on. Something is absolutely going on. And new home sales have now increased for three straight months.

Terry Story: That’s right. So this is all good news. This is actually going to help the housing shortage. This has been a problem we’ve talked about for quite some time. So the market’s starting to regain momentum after treading water for quite some time. It’s been constrained just by shortages for homes for sale.

Steve Pomeranz: Yeah. Remember we’ve been talking about that for ages.

Terry Story: Yeah. And in new construction, there’s always problems trying to find property, land to build, and a shortage of workers. So all of that is good. Things are improving.

Steve Pomeranz: Well, I was thinking that maybe this was a rebound from the hurricanes of Harvey and Irma, but this is not. This is really … Those have been a constraint. So I think the indication is that maybe these numbers would have even been higher had it not been for the hurricanes. So that’s some healthy stuff going on.

Terry Story: So that area wasn’t hit by the hurricane.

Steve Pomeranz: Yeah, yeah, yeah. So I guess maybe the 30% in the Northeast really pushed it up.

Steve Pomeranz: Yeah. Okay. So in spite of all these new homes being sold, you’d think maybe that inventory would have shrunk, which has always been the problem, but that’s not been the case. Right?

Terry Story: Well, despite the rise in sales in October, the inventory of new homes on the market actually increased 1.4% to actually the highest levels since May of 2009.

Steve Pomeranz: I think what this tells me, as somebody who follows the economic markets very closely, is that the economy is strong, real estate is now strong again and getting stronger. It’s a very healthy cycle that we’re starting to experience here. This is all very, very good news. Now, another thing that’s increasing the sales of new homes, surprisingly, are millennials. I think finally, Terry, they’re moving out of the basement. What do you think?

Terry Story: They are.

Terry Story: What were we called?

Terry Story: No, the other word.

Steve Pomeranz: Gen X or something.

Steve Pomeranz: Oh, no kids. No.

Steve Pomeranz: There’s SILKs, which you don’t want to be. Which is single income, lots of kids.

Terry Story: So, I guess they’re following in our footsteps.

Steve Pomeranz: Okay. Well, finally I can say that. But here’s something that’s very unusual. So the millennials are buying new homes; they are moving out of apartments, buying new homes, experiencing household formation and doing all the fun stuff. And empty nesters, their parents, are doing what?

Terry Story: Now that the kids are out of the house, they are selling the house and they’re moving into rental.

Terry Story: They’ve been wanting to do this for a long time, but their millennial children have just kept them having to hold onto their homes.

Steve Pomeranz: Will you get out of the house already so we can downsize?

Steve Pomeranz: So that’s very interesting because I know in our area, in Boca Raton, and actually South Florida, there are new rental units going up like crazy. I know in downtown Boca, I mean, almost every other block, what they are building really are rental units.

Terry Story: If you put things in perspective, if you look at years 2009 to 2015, in the 55-plus market, it increased 28% in rentals, while the millennials at the 34-year-old age group only jumped up 3%. So you can see huge differential-

Steve Pomeranz: It’s a slow one.

Terry Story: Yeah. They’re slowing down and 55 plus are moving on up.

Steve Pomeranz: Yeah, yeah. So empty nesters are looking for lower expenses; they are looking for less house-related work. We all understand this. I mean, at a certain point you really don’t want to maybe mow the lawn anymore, you don’t really want to be spending your weekends at the Home Depot. You want to be out on the golf course. So it’s a reversal that just comes through age, not demographics.

Terry Story: Yeah. And they get to pull their equity out of the homes and call you up and invest it.

Steve Pomeranz: Yeah, that’s right. We’re going to talk about that in a minute anyway. So for millennials that are now looking to buy a home, how do they know how much home they can buy with the earnings that they actually have?

Terry Story: That’s an excellent question. The first thing they really need to do is look at a budget. They have to take into consideration how much they’re currently renting now, which—with rent, it’s kind of a straight line, you know what your payment is, you know what you can predict. But when you’re owning a home, you have to take in some factors. Property taxes, property taxes go up, you’ve got to be able to afford the increases. Home owner insurance, that’s something that also increases over time. Whether or not you have to take out PMI insurance, that’s if you put down less than 20%, you incur private mortgage insurance. And then you also have to take into consideration just the cost of maintaining the property. Association fees, they go up.

Steve Pomeranz: You know, I always thought it was very cute. A couple once said to me a long time ago, they were a young couple. They said, “We want to buy a house. We want to save money.” Because there is this thinking that, “Heck, I’m going to build equity over time.” And that is true. But I can tell you guys, anybody who’s owned a house knows that it is a constant … You’re constantly feeding your hard-earned money to keep the house going.

Terry Story: That’s right. And there is the appreciation factor, and that’s what you’re banking on. So your monthly outflow can be a little higher in a single-family home, although right now, statistically, they’ll tell you it’s cheaper to buy a house because the cost of rent is high.

Terry Story: But it all just depends on what your long-term goals are. But, yes, there are a lot of costs associated with owning a home. You have to be prepared to be able to pay for those things.

Steve Pomeranz: That’s right. Right. Well, we’re out of time. My guest, as always, is Terry Story. Terry is a 29-year veteran with Keller Williams located in Boca Raton, Florida. Thanks for joining us.