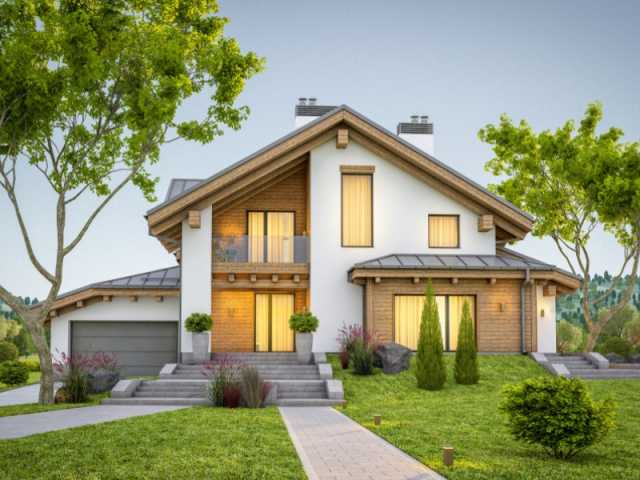 Steve spoke with Terry Story, a 30-year veteran at Keller Williams. In this installment of the weekly Real Estate Roundup, Steve and Terry talked about why now is a great time to buy a home. The big takeaway is there are several future advantages to buying your dream home now.

One of the biggest advantages to buying your home now is the ability to secure a fixed mortgage rate, which is basically a stable housing payment. If you can afford it now and your income leaves enough room that you’re not worried about making payments, you benefit from buying your home. You pay a fixed rate of interest on your mortgage. This is in contrast to, say, renting a place with no rent control. With inflation, your monthly mortgage payments could climb and cause your finances to spiral.

Buying your home now – as long as you can comfortably afford the payments – means you’ll consistently pay the same amount until your mortgage is paid off. You’re essentially protecting yourself from the adverse effects of inflation.

In today’s market, interest rates are at an all-time low. This is the second most important reason to scoop up your dream home now and a major part of the reason why it’s a buyer’s market. Could these rates stay low for many years? Sure. But the truth is that the housing market is cyclical and the chances of them climbing are pretty good.

Locking in your home loan now means you get a low-interest rate on your mortgage and consistent payments until the loan has been repaid.

Many people look at the prices of homes only. While it’s important to be able to afford the outright price of the home, keep in mind that when housing prices rise, interest rates drop. Are homes perhaps a little more expensive today? Yes. But this is largely a response to the fact that – as discussed before – inventory supplies are dwindling, which means homes are being listed at higher prices since the need to earn more off each home is greater. Also, due to the dwindling supply of available homes, people are willing to pay more to secure a home.

Popular home trends and styles vary over the years and are dependent upon geographical location. But the truth is that some home styles are consistently in demand.

The ranch style home has been at the top of the list for decades. This is a one-level home, with three or four bedrooms. Why is it so popular? It’s a decent home to age in; having one level means everything is easily accessible. And a three-bedroom ranch is perfect for almost any size household since it leaves rooms open for guests and the ability to create a home office or den.

The Tudor (which references the English Tudor dynasty) is another popular home style. It’s an English-style home with enough class to impress but enough flexibility to allow for a modern feel. Also on the list of popular home styles: craftsman, Mediterranean (which is incredibly popular is beachy places like Florida), and modern.

Steve Pomeranz: It’s time for a Real Estate Roundup. This is the time every single week we get together with noted real estate agent, Terry Story. Terry is a 30-year veteran with Keller Williams located in Boca Raton, Florida. Welcome back to the show, Terry.

Steve Pomeranz: Now I know we’ve had this discussion many times, and I’ve asked you this question numerous times, and I know what the answer is always, but I always like to hear it. When is the best time to buy a house, Terry?

Terry Story: That would be now, Steve.

Steve Pomeranz: And when is the best time to sell a house, Terry?

Terry Story: That would be now too, Steve.

Steve Pomeranz: I don’t know, I get a perverse pleasure out of that. But the truth is that actually buying a house now can have advantages in the future, and there’s two that we were talking about off air that I want to discuss, and the first one is the fact that you’re locking in a fixed mortgage rate. Tell me the benefit of that.

Terry Story: So it’s a stable housing payment, right? So if you can afford it now, and you know that you’re comfortable with your income and things are honky-dory fine in your life, then you’re not in a situation where you’re renting and the landlord’s raising your rent, and raising your rent. So it actually shelters against inflation.

Steve Pomeranz: Yeah, it does.

Steve Pomeranz: If prices are rising in the rest of your life, you know that this is one area, now except for taxes and insurance.

Terry Story: Right, taxes and insurance are always going to go up.

Terry Story: So it’s not a true, true fixed cost.

Steve Pomeranz: But the vast majority of the payment is going to be the mortgage, the principle and interest on the mortgage.

Terry Story: Right. And we do know one thing, and what we do know is the interest rates are low right now.

Terry Story: All right, so that’s the second thing. And really, and this is, all kidding aside, you are locking in extremely low interest rates now.

Terry Story: Not to say that they couldn’t stay this way for many years. They’ve actually been lower longer than people have expected, but at some point in time if things ever get back to normal, and maybe this is the new normal.

Steve Pomeranz: Right, could be, who knows?

Terry Story: But it may be we’re just too old and we’ve experienced all these other things, but the bottom line is that the cost of ownership, in terms of the mortgage part, is very attractive now. And you’re locking that in.

Steve Pomeranz: Yes. Or the way I looked at it when I purchased my home five years ago now, how much house could I buy to make the payment affordable? So if rates were at 5% then I could buy house price X. If they were at 3%, then the price I could afford would be higher. That’s how I figured it out, and I think that’s the thing that seemed make the most sense. So you may feel like, “Ah, this house was $500,000 five years ago, and now they’re selling it for $750,000. They don’t deserve to make $250,000.”

Terry Story: Right, and I hear that a lot.

Steve Pomeranz: Do you? okay.

Terry Story: I do.

Steve Pomeranz: “And it kind of ticks me off that they’re going to make all this money.”` Well, the bottom line was it wasn’t that they were so smart. It was that probably interest rates came down during that period of time, and now it buys more house. It’s the same thing with stock prices. You know, companies are worth more when interest rates are low. Why? Because companies that buy other companies, they can pay more for the company because their rate of borrowing is lower. But it’s the same, in this theoretical sense, it’s the same outlay they would have made five years ago, but they would’ve had to buy lower prices.

Steve Pomeranz: So it’s all relative. So interest rates are like gravity. If you’re on the moon, you’re 1/6th of your weight, you can float up into the air. So asset prices will rise under low gravity in this sense; if interest rates rise, the gravity is heavier and that keeps prices down.

Terry Story: You know, you brought up something that triggered a thought. I love when a buyer says, “Well, they only paid x amount of dollars and they’re trying to sell it for y.” Well, it’s like the stock. If stocks are trading today at $100 and they bought it for 50, they’re entitled to get that $50 price.

Steve Pomeranz: Which is the opposite of how you really need to think because I’m buying that company. The company hasn’t changed, stock price went down. I mean, in general terms. So we think we feel more comfortable buying when prices are rising, in the stock market anyway, but actually as they’re rising, your future rate of return is actually going down.

Steve Pomeranz: It’s getting smaller, so it’s really better to buy when prices are low or at least so. But nobody does that, everybody buys high and sells low, and repeats until broke.

Terry Story: And that thing is about a house, you need a roof over your head. So you have to look at the alternatives.

Steve Pomeranz: You have to live somewhere.

Terry Story: Right. You either rent or you buy.

Terry Story: So the most popular right now is the ranch, number one.

Steve Pomeranz: Okay. So that’s like a one story –

Terry Story: The next style is a Tudor home.

Terry Story: That’s that English style, you don’t see it so much and here in south Florida, but it’s gotta be somewhere in the country. Your next favorite, Craftsman.

Steve Pomeranz: Well, I love these old Craftsman houses, they’re really cool. You see them in Portland out west and Pennsylvania, and places like that. So it stems from the old, I think, from the old Sears. You know, you could actually buy a house and put it together yourself. Those were the days, man. But anyway, it’s a style with a porch and kind of a gabled roof.

Terry Story: Sure. And next one’s Mediterranean, that’s really popular down here in south Florida. We see a lot of Mediterranean.

Terry Story: Modern, we’ve got those popping up all over the place.

Steve Pomeranz: I see that. And they kind of look cool, but I don’t know if I’d like to live in one, personally. They’re these square, cement block looking …

Terry Story: And I think the trend here in south Florida’s to get away from the Mediterranean, go to the Modern, I don’t know, I’m afraid that this may just be nothing more than a trend. And that in 10 years we’ll be like, “Ah, modern.”

Steve Pomeranz: I know. So  kind of be careful. But anyway, it’s your house, enjoy it while you have it.

Steve Pomeranz: Okay. My guest, as always, is Terry Story, a 30-year veteran with Keller Williams located in Boca Raton, Florida, and she can be found at terrystory.com.  Thanks, Terry.