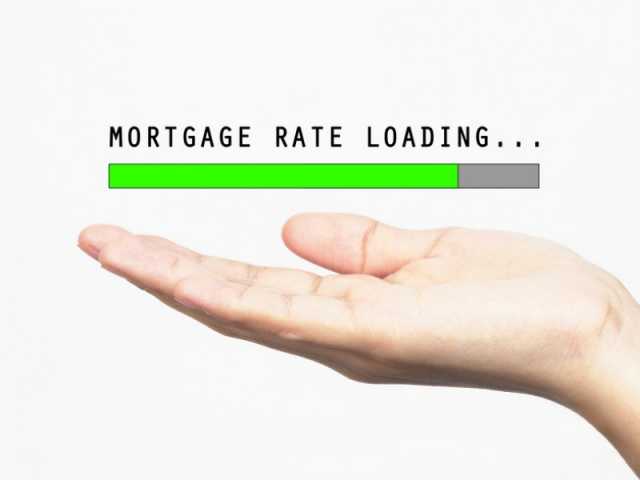 Steve kicks off Real Estate Round-Up with a focus on mortgage rates. He notes, with significant satisfaction, that he bought a house five years ago with a 3.75% rate on a 30-y mortgage.  Terry adds that mortgage rates are currently in the 4.5% range, so they are still low by historical standards.

That said, if your finances are tight, a 0.75% increase can be sizable.

Potential buyers could opt for a lower rate of about 4% with a 15-year mortgage.

However, because the loan needs to be paid back sooner, monthly mortgage payments are a lot higher.

Next, Steve turns to the tax-driven exodus from northeastern states.  Trump’s new tax law limits deductibility of state taxes on federal returns, and will hit high-earners.  Hence, people from the northeast are buying-up luxury homes in Florida.

While rich northeasterners are busy snapping up luxury real estate, the National Association of Realtors reported a 10-year low in the affordability of starter homes.

First-time buyers realize that interest rates are going up and want to act before rates get out of hand.  So they’re buying homes smaller homes, further away from central areas, and are also willing to pay more because of lower mortgage rates.

Changing gears, Steve notes that Florida Realtor’s Legal Hotline, unknown to most residents, receives numerous calls on a wide variety of topics. One popular question concerns what stays with the house after the sale.

Terry says buyers and sellers must look at the personal property section and make sure items are taken or left in the house per the contract.  Most often, there’s confusion over the washer–dryer, window treatments, and light fixtures. For example, a seller might tell his agent to exclude a family heirloom, such as an expensive chandelier. But this may not be written in the contract as something that’s not included with the sale.  As a result, the seller may be obligated to leave the chandelier behind or adjust the price so the buyer can get a new chandelier.

When he bought a house five years ago, Steve remembers missing the refrigerator in the garage.  Terry notes that refrigerators are a rather common listing problem in home sales.

In general, if something is built-in or attached, such as ceiling fans, they stay with the house.  Here’s the bottom line.  If something is itemized in the MLS, make sure it’s also stated on your contract.

In closing, Steve addresses a common theme amongst his older clients – the desire to downsize and move to a smaller home.  Terry notes that downsizing doesn’t always work out, financially.

For instance, if you’re moving to a hurricane-prone state such as Florida, your insurance expenses may increase substantially, even for a smaller home.  You may also end up paying more in taxes.  If you’ve been in a home for a long-time, a homestead exemption caps your annual tax rate.  But when you sell and move, you could be subject to higher property taxes, even when you move to a smaller home.  This is especially true if your homestead is not portable, and does not move with you.  Depending on where you buy, you could also face substantial monthly HOA charges.

Terry’s parting advice – run all the numbers carefully before you decide to downsize, sell, and move to a new home.

Steve Pomeranz: All right. It’s time for Real Estate Round-up. This is the time every single week we get together with noted real estate agent, Terry Story. Terry is a 30-year veteran with Keller Williams located in Boca Raton, Florida. Welcome back to the show, Terry.

Steve Pomeranz: About five years ago, I bought a house and I’m sporting a 30-year mortgage at 3.75%.

Steve Pomeranz: But what are mortgage rates today?

Steve Pomeranz: Yeah, so it’s not that much higher really.

Steve Pomeranz: Well, I mean if your finances are operating on the margin, a boost of three-quarters of 1% can mean the difference getting the deal or not.

Steve Pomeranz: Getting the mortgage or not, so that’s what I want to hear. What about 15-year mortgages?

Terry Story: So there a little less.

Steve Pomeranz: Is going to be a lot higher with-

Steve Pomeranz: A 15-year because you have a shorter period to pay it off.

Terry Story: Do you ever wonder why they let 90-year-olds get 30-year mortgages?

Steve Pomeranz: It’s a good question because in a lot of foreign countries they don’t.

Steve Pomeranz: I think they stop at 75.

Terry Story: Yeah. There’s an age. I mean it would be age discrimination in this country, but it’s just an interesting thought.

Steve Pomeranz: Yeah. Well, I mean the heirs are going to have to be-

Terry Story: Have to deal with it.

Steve Pomeranz: Have to deal with it, so I think the banks know that. All right. There’s also an article here that says that a lot of people from the Northeast are moving down to the Southeast because of taxes in the Northeast and the new tax law which limits the deductibility of those taxes on a personal return.

Steve Pomeranz: Are you seeing that?

Terry Story: Personally, I have a couple of luxury homes on the market and I have not seen … People from the Northeast come in to try to buy the homes. Now, it may be the product that I’m selling or it could be that we’re not quite into season yet. So season starts for us, we’re right around the corner. Say, October we start seeing the snowbirds come in, but according to those reports down in Miami, there’s a lot of activity of luxury buying from people from the Northeast due to this sole reason.

Terry Story: My type of market that I’m working and I’m not seeing, but it may be different in country club-type communities, high-end condos.

Steve Pomeranz: True. So, here’s something that confounds me. Here’s an article’s title, “Starter Home Affordability Hits a Decade Low,” and then the next article is, “First-time Buyers are not Slowing Down Their Purchases.” What’s going on?

Terry Story: How can it be both, right?

Steve Pomeranz: Yeah. Where are they getting the extra money?

Terry Story: Their mom and dad.

Terry Story: We talked about this before. You’ve got a lower income. The inventory’s extremely, extremely tight in that market. They’re not giving up. They’ll go further out if they have to. They’re accepting less of a house than they initially wanted.

Terry Story: They’re doing whatever they can because they’re starting to realize … It’s the interest rates, I believe, that’s pushing them to go ahead and do this because they’re realizing, “Whoa, my window of opportunity is starting to close in.” And due to the fact that there’s very little inventory, they know that when they see something they have to jump.

Steve Pomeranz: You guys can’t get a break. During the crash, there was all this inventory and there were no buyers-

Terry Story: Couldn’t give it away.

Steve Pomeranz: Now, people are flush. Most people are working, and now there’s no product.

Terry Story: I need a new industry to work in.

Steve Pomeranz: Yeah. All right. Let’s change gears here because this one I have a little personal thing about, and the question is … The Florida Realtor’s Legal Hotline … I didn’t even know there was such a thing, receives numerous calls that cover a wide variety of topics. One question that seems to be asked over and over and over again concerns items or property itemized in a multiple-listing service, the MLS, that don’t appear on the contract itself. So the question is, “They took my dishwasher and my dryer, and what do I do now?”

Terry Story: Okay. So, first of all, it’s important as a buyer, seller, or especially as a …well, actually both, to look at the personal property section. Make sure all the items that you expect in the house to be there. The real problem items seem to be the washer, dryer, window treatments, and light fixtures. Inevitably, a seller will forget to tell us that’s my grandmother’s chandelier that’s worth a kazillion dollars. They may have told the realtor [crosstalk 00:05:04] that I want that excluded, but unless it’s written in the contract that it’s not included, guess what, you may be shelling out some cash for a new chandelier or having to hand over that chandelier-

Steve Pomeranz: When I bought a house many years ago, I just wonder what happened to the refrigerator in the garage.

Steve Pomeranz: Yeah. What happened to it?

Steve Pomeranz: Now, the thing is what about ceiling fans and like … So there’s a question of whether-

Steve Pomeranz: It’s attached or not.

Terry Story: If it’s built-in, it remains because a lot of the standard contracts say including built-in. So if it’s attached to the wall-

Terry Story: Again, that’s for lawyers to fight over but-

Steve Pomeranz: Anyway, the bottom line is if it’s stated in the MLS, make sure that it’s also stated on your contract.

Steve Pomeranz: Right. Okay. Don’t assume. All right. We’ve heard this refrain quite often. In my practice, I have people come in, and their retirement goals were to sell their big home, especially the kids who’ve gone … They don’t need two stories, they don’t want two stories anymore, and then to downsize, right. Reduce the noose. That’s what we used to call it. But what they’re finding is that those kinds of downsizing opportunities don’t necessarily lead to lower cost.

Terry Story: That’s right. You have to take into considerations where you’re moving from. If you’re going from Long Island to Manhattan, I don’t know that you’re necessarily downsizing. The other factors are insurance. It depends on are you coming from a new house to an old house? Are you going to a hurricane-prone area? So you have to look at insurance. Super big problem is your taxes. You may be selling a…because a lot of tax systems cap your annual rates, and if you’ve been in the home a long period of time-

Terry Story: Homestead exemptions, and now you’re moving into a less expensive home, it could actually be higher in taxes-

Steve Pomeranz: Yeah, but you have to watch out for it because the insurance may be higher, taxes may be higher. The cost of taking care of it may be higher. I mean if you’re moving into a community that has an HOA, you really have to look. I think a lot of people are surprised and they’re thinking, this was not the plan. That was not in the plan.

Steve Pomeranz: I was supposed to be able to downsize and then recoup the equity that I had built up all those years-

Terry Story: Yeah. So run the numbers before you make any big moves.

Steve Pomeranz: Okay. My guest, as always, is Terry Story, 30-year veteran with Keller Williams located in Boca Raton, and she can be found at terrystory.com. Thanks, Terry.