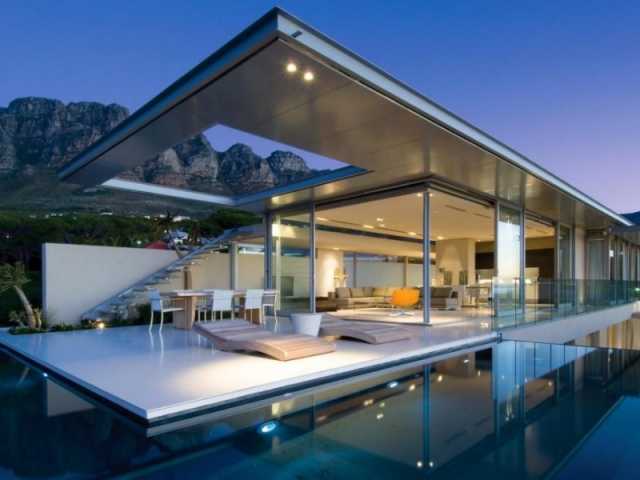 This week in Real Estate Round-Up, Steve and Terry talk about the slowing housing market, declining affordability, the National Association of Realtor’s housing forecast for 2019, and the growth in cities with predominantly million-dollar homes.

In its November/December 2018 Market Pulse, the National Association of Realtors (NAR) noted that “home sales and contract signings have been mostly flat or down slightly over the last six months despite job and wage gains and broad economic strength during that time. The culprit is declining affordability.”

Terry believes it’s better to be flat than to be down, and she likes that the inventory crunch has eased.  Interestingly, consumers also seem to have noticed this.

Surveys show that home buyers think this is a great time to sell but not a good time to buy.  But, with mortgage rates still quite low, buyers are better off buying now, rather than waiting for a slight price drop.

Steve adds that there are valid reasons to rent, not own.  But if you want your own home, there’s no time like the present because you can’t forecast the future.  As a realtor, Terry, of course, says the best time to buy is now, and the best time to sell is also now because who knows what the future holds.

Are We In A Housing Bubble?

With high home prices, Steve wants to know if the NAR thinks the housing market is in a bubble.  Terry says the NAR sees recent flattening as a strong sign of supply-demand stability, with valuations nowhere close to a bubble.  What we have is a strong, stable housing market, without easy money or the overhang of risky subprime loans that took us down in 2006.

You may think home valuations are high, but rest assured that the housing sector is not in a bubble.

Rise In Sales Of Million-Dollar Homes

While home sales are flattening, Terry notes that sales of homes priced at or above $1 million have risen by 400,000 across the U.S., to a total of about three million nationally.  This represents close to 4% of the overall market.

By contrast, only 20% of all homes in Honolulu, Hawaii, are priced above $1 million.  While just 10% of New York’s homes are priced above $1 million, the percentage of million-dollar homes is much higher in Manhattan, where tiny apartments sell for over a million dollars.  Moreover, with Amazon set to partially locate HQ2 in New York, home prices there will go up with an influx of tech millionaires.

Nationally, though, the average for homes priced above $1 million drops to about 4%.

To see if your city ranks among those with predominantly million-dollar homes, check out these stories from Business Insider and Zillow.  And to hear more about real estate trends, demand and supply, pricing, and more, tune in to Real Estate Round-Up every week.

Steve Pomeranz: It’s time for Real Estate Round-up. This is the time every single week we get together with noted real estate agent, Terry Story. Terry is a 30-year veteran with Keller Williams, located in Boca Raton, Florida. Welcome back to the show, Terry.

Steve Pomeranz: And you’re in the studio today.

Steve Pomeranz: [LAUGH] So great to have you. We’ve talked many weeks about prices and sales. They’re slowing. They’re stabilizing. Where are they, now? What is the National Association of Realtors saying about real estate in America?

Terry Story: We haven’t heard this word, in a while. Home sales have flattened.

Steve Pomeranz: Flattened, the sales, so they’re not growing.

Steve Pomeranz: Actually, are they contracting?

Terry Story: Not yet, well, it depends on how, yes, if you’re not growing and you’re flattening, you’re contracting.

Steve Pomeranz: Yeah, you sound like an economist. On the one hand and then on the other hand.

Terry Story: But flat’s not bad.

Steve Pomeranz: Nope, look you don’t always have to grow.

Steve Pomeranz: It’s better to be flat than necessarily to be down.

Terry Story: And we need the inventory, so it’s a welcome relief.

Steve Pomeranz: Well, that brings up the question as to whether buyers are aware of this relaxation or this more inventory? Are they waiting or what’s going on?

Terry Story: It’s interesting that you ask that question because I was with someone yesterday and he told me that this was happening. I’m like, how do you know? I thought I was only this special person. You must listen to us on the radio. But no, I think consumers out there are starting to see that. And they’ve done surveys, Steve. The surveys show that the consumers say it’s a great time to sell, but not a good time to buy. Now I say, well, what are you waiting for because if you think about it, interest rates are rising. So if you’re a buyer and you’re going to wait, you’re going to pay more for that house, even if the prices are declining or flattening. It’s going to cost you more.

Steve Pomeranz: Anyway, it’s your home and it’s a question of affordability.

Steve Pomeranz: You have to live somewhere, if you want to live in a home, make it your own, for whatever the reasons are. Not everybody should be a homeowner, there’s reasons for renters, but if you want a home, literally, there’s no time like the present because you can’t forecast the future.

Steve Pomeranz: And I know you’re always saying, the best time to buy is?

Steve Pomeranz: And the best time to sell is?

Steve Pomeranz: Yeah, and it’s not like you’re biased or anything.

Terry Story: No, not at all.

Steve Pomeranz: Or you have an agenda.

Steve Pomeranz: You know a word I haven’t heard in a long time, especially with regards to the housing market, is the bubble.

Steve Pomeranz: Does the national association of realtors, the NAR not the NRA.

Steve Pomeranz: The NAR, do they say that we’re in a bubble or not?

Terry Story: No, we’re not. We’re not even anywhere close to a bubble. The fundamentals are not there.  What we experience, I mean, we have still, a very strong, stable housing market.

Terry Story: We do not have the subprime loans that took us down. That was all fueled by bad loans and just a whole different environment.

Steve Pomeranz: That’s right. So first of all, these bubbles are extremely rare, number one. Number two, you don’t really ever know you’re in a bubble-

Terry Story: Until after.

Steve Pomeranz: Until afterward, right. And this I’ve been saying for so many years is we are not in a housing bubble. We’re not in a stock market bubble.

Steve Pomeranz: Those are different kinds of conditions, so disabuse yourself of that thought if you’re worried about that.

Steve Pomeranz: Let’s talk about their forecast for 2019. Now we’re talking about the NAR again, so what are they expecting for 2019?

Steve Pomeranz: So many houses sell, in general, for the year.

Steve Pomeranz: So if more houses are selling, that’s when they’re saying it’s growing. But it’s stable means it’s kind of hovering around-

Steve Pomeranz: The average number, so that’s what that means. I mean, we do actually have some numbers that reflect that. For 2018, 5,345,000 homes were sold and purchased, right?

Steve Pomeranz: That was a decrease from 2017 where 5.5 million.

Steve Pomeranz: This is the value-

Terry Story: Of your home.

Terry Story: So, your home won’t be appreciating as much as it has in the past.

Steve Pomeranz: So that’s something that I think we can state, pretty much categorically, that the big increases in home prices are behind us.

Terry Story: Yes, very much so.

Steve Pomeranz: Talking about home prices, the amount of homes selling for over $1 million has been rising.

Steve Pomeranz: Yeah, so let’s discuss that. Tell us a little bit about the numbers of homes, what areas of the country are seeing that? Go ahead.

Terry Story: What we’re looking at is there was a 400,000 increase in the number of million-dollar-plus homes that sold throughout the United States. We’re looking at about three million nationally, is what is out there in $1 million-plus properties, which represents close to 4% of the overall market.

Steve Pomeranz: All right, so when you look at all the homes out there available, all the housing stock, let’s call it.

Steve Pomeranz: About 3, let’s call if 4% of that, are homes over a million dollars. So if you think of a bell curve, that would be the one side of the tail.

Steve Pomeranz: Of the bell curve. About 4% and that sounds kind of normal.

Steve Pomeranz: To me.  However, it’s different in different areas, because these are averages, and averages don’t really tell the complete story.

Terry Story: Right, they’re all jammed in in certain parts of the country. So California, of course, being-

Steve Pomeranz: Being it.

Terry Story: Being it.

Steve Pomeranz: Yeah, 80% of the homes in San Francisco are a million dollars or more.

Terry Story: Now I understand why everyone is homeless over there.

Steve Pomeranz: Now everybody goes to Honolulu and they want to move there.

Steve Pomeranz: [LAUGH] So what is the share of $1 million homes in Honolulu?

Terry Story: So you’ve got 80% that you can afford.

Steve Pomeranz: [LAUGH] Of course, the national average is 4.

Steve Pomeranz: And they’re at 20, but, okay, comparatively speaking. What about, let’s say, New York? We have Long Island, New York. What’s the share there?

Terry Story: Yeah, I thought, not being from New York, I thought it’d be a lot higher than this, but it’s only 10%.

Steve Pomeranz: Well, I think if you think about Manhattan, which is not on this list, it seems like there’s more apartments there that sell over a million dollars than is reflected here about million dollar homes in Long Island anyway.

Terry Story: Yeah, I guess, I always thought Long Island was all very wealthy but must be parts of Long Island.

Steve Pomeranz: Well, New York’s a big place now that Amazon’s going to move their headquarters partially there, whatever. My guest, as always, is Terry Story, a 30-year veteran with Keller Williams, and she can be located at terrystory.com. Thanks, Terry.