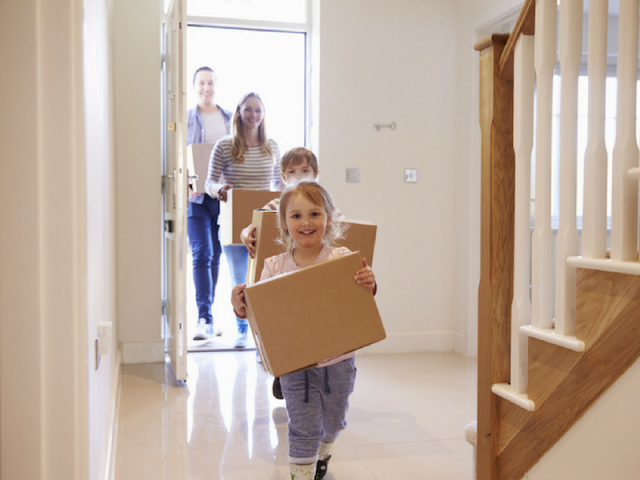 One of the main effects of this consumer exuberance is that people are more apt to make bigger purchases like buying a home. There are other trends playing into that confidence and pushing home prices higher including an expectation of rising interest rates and a surge in millennials buying their first homes. Millennials are moving out of their parents’ homes in record numbers, creating a wave of new household formations. Terry remarks that rising interest rates should cool down home price appreciation, preventing a replay of the early 2000s housing bubble. Steve cautions that there may be some parallels between the current stock market and the housing market, namely that prices are very high. Buying stocks or a home near a market peak entails a risk that prices could drop modestly or even significantly below peak levels

Return Of The Flippers

Another sign of a healthy or, at least, an energetic housing market is the fact that house flipping has been getting more popular in recent years, albeit still below levels seen in the mid-2000s. Terry notes that today’s flippers no longer reap the same upside that access to foreclosures and short sales—so ubiquitous in the late 2000s/early 2010s—provided. Terry mentions that she hasn’t had a single foreclosure or short sale in the past two years. Nevertheless, quite a few flippers are still doing well even in a picked-over market, with home prices at a median of $192K and gross profits near $62K. Other flippers have fallen victim to underestimating the costs of buying and selling and making repairs to the property while overestimating the price it might sell for.

Buying A Flipped Home: What To Watch Out For

Terry has some advice for homebuyers considering purchasing a home owned by a flipper. Before making an offer, you need to first come to terms with the possibility that the owner has taken shortcuts in the remodeling/repair process. Because flippers focus on cleaning up and enhancing the cosmetic things that buyers notice first, it may not be obvious right away that other, more important and expensive items have been neglected. Terry recommends looking behind doors and opening up drawers to find out what condition the cabinetry and other hardware are really in. Of course, the inspection process is supposed to flag these and other bigger ticket problems like roofs and electrical panels. The inspection results will provide ammunition for negotiating on the home price, but sometimes it helps to go straight to the permits which were pulled by the owner for repairs. Your inspector might provide these, but you can also go yourself to City Hall and check the permits to see if they were properly handled.

Steve Pomeranz: It’s time for real estate roundup.  This is the time every single week, we get together with noted real estate agent Terry Story.  Terry is a 28-year veteran with Coldwell Banker, located in sunny Boca Raton, Florida.  Welcome back to the show, Terry.

Steve Pomeranz: So, according to data statistics, industry statistics, I should say, consumers are super confident about housing right now.

Steve Pomeranz: Tell us about that, and then tell us what you’re really seeing.

Terry Story: Since the election, we’ve hit the highest level since the starting point in 2011, and, basically, there’s a big push amongst the millennials, and parents will be real happy to hear this.

What they’re claiming is that millennials are accelerating the rate at which they’re moving out of their parents’ homes and starting new house formation.  So, I think this is great news, seeing that I have a 23-year-old daughter that’s living at home.  I’m hoping this will happen soon.  I’m just kidding, I love her.

Steve Pomeranz: I know, of course, you do.

Terry Story: But, basicall,y the trend is the consumer confidence is high.  When that’s high, people are more apt to make large purchases, including homes and that’s what the article basically.

Terry Story: That’s right, and people are starting to realize, they’re coming late to the party, and if they’re going to try to seize on lower interest rates, better to do it sooner than later because we do know that rates will rise at some point.

And it’s a check and balance when the prices of homes start to rise too much, they raise the interest rates to slow things down.

Steve Pomeranz: Yeah, so hopefully it prevents it from becoming overheated, creating a bubble, which can create all kinds of nasty things.

Steve Pomeranz: You know we’re seeing something a little bit like that in the US stock market.

I mean a lot of people are coming into the market now having missed so much of the advance and they’re coming late to the party like you said.  Now it doesn’t mean that it’s the end.  There’s probably some juice in the orange left.  But surely not as much as there was three, four, five, seven years ago.

Steve Pomeranz: So, people should be very careful about their…manage their expectations as to what their future returns will be when price is… when you’re buying at a higher price.  That’s the lesson learned there.  But anyways consumers are super confident about housing and I understand that home flipping is hitting a 10-year high.  Tell us about that.

Steve Pomeranz: What was it in 2005?  I mean, let’s get a little bit more perspective going back.

Steve Pomeranz: Yeah, so we’re definitely not back to the 2005 levels.  So, flipping isn’t a craze at this point But it’s at a 10-year high, so it’s picking up momentum.  And I understand also that a lot of flippers, a lot of the houses that they were buying at big discounts, those discounts are gone.

So now they’re going to older and smaller properties in other areas.

Terry Story: You’re seeing that the median price home that people are flipping is about 190,000 and the gross profit on a flip across the country is about 62,000.

But then again you have to take into account your cost to purchase, your cost to sell, the cost of repair.  I’m dealing with somebody right now who’s flipping a house and they’re actually upside down because they guesstimated the market wrong.  They put too much into the house and what they thought they could get for the house they are not able to, so it’s a tricky business.

It’s not always a win, it’s like stocks, Steve, you pick some good ones and do well and then there are some losers.

Steve Pomeranz: I don’t know what you’re talking about, but I’ll take your word for that.

Steve Pomeranz: So, you just mentioned an interesting thing.  If flippers are gonna buy a house, hopefully, they’re gonna buy it at an attractive price, but they realize they’re gonna have to put money into it, cuz there’s probably a reason why they’re buying at a lower price.

Terry Story: That’s right, Steve. And it’s funny when you look at these properties, you know the minute you walk in that it’s a flipped house.  And it’s just absolutely amazing, the quality difference between somebody who does this professionally and somebody who’s just trying to make a quick buck.

Steve Pomeranz: Are you going through something like this right now?

Terry Story: I am, actually.  I’ve got one where it looks good, but we’re finding out things, they took shortcuts.  They’ve just pressured cleaned the roof.  They represented that it’s six years old when it’s more like 20 something years old.  They didn’t do their homework when they purchased it so, you just have to do your homework when you purchase a flip.

Make sure all the permits were done properly and then there are no issues.  If you get a thorough inspection, it’ll all be revealed.

Steve Pomeranz: Get all that beforehand.

Terry Story: And what I see is, they’ll take the original cabinets and just reface the doors.

Terry Story: So open up the cabinets and look to see that the actual cabinet was replaced.

It’s just amazing when you open up drawers and look behind doors, what you can find.

Steve Pomeranz: I think you’d also wanna check to make sure that there’s been permits pulled for all this work on the property.

Steve Pomeranz: Why is that important?

Terry Story: Not everything requires permits but somethings absolutely do require permits.

For example, roofs: There are some people that in the middle of the night, roofing company comes out and—voila!—you have a roof and there is no permit. Real popular thing here is the electrical panels; we see a lot of electrical panels in older homes that need to be replaced.

And they’re being replaced, but they’re not pulling the permits for them.  So, if you see a new electrical panel, you should be asking, was it permitted?  And that’s a fairly simple thing to do.  A lot of your inspectors will do that on your behalf.  But you can go to your local City Hall. We have you go to the permitting department and ask for a record of the permits that are on the house, so you can see a history of the permits.

Steve Pomeranz: As always, great information from Terry Story, Terry is a 28-year veteran with Coldwell Banker located in Boca Raton, Florida, and she can be found at terrystory.com.  Thanks a lot, Terry.