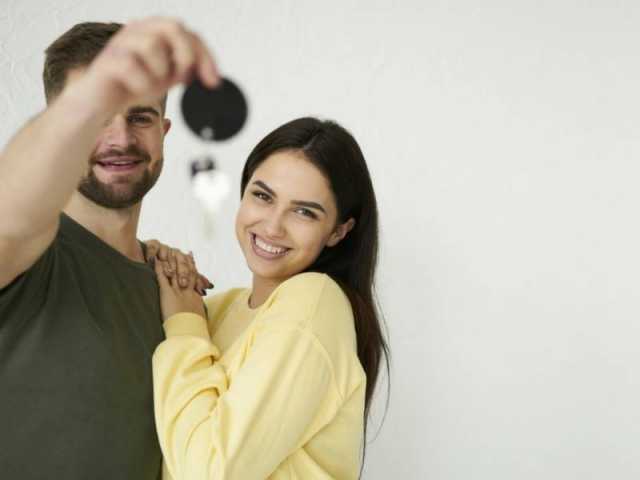 Millennials are entering the housing market in greater numbers, and this is a positive sign on several levels.  In the first quarter of 2017, new household formations occurred at double the rate of new renter households.  “New household formation” refers to first-time home buyers.  Terry remarks that the home ownership rate nationwide was at 70% before the “great recession,” which bottomed out around 2011, and has been slowly recovering to the 64% rate it’s at today.  Millennials are key to the continued revival of the housing market, and these household formation numbers are an encouraging sign that this demographic is embracing homeownership and successfully buying their first homes.

In a brief aside, Terry notes that there are several practical reasons why both millennials and renters of any age should be drawn to home ownership:  long term wealth through building equity, the freedom to modify, renovate, or expand your home, as well as the ways it acts as a place to raise a family, make memories, and be part of a community.  Expanding on the first point, Steve comments that a homeowner’s net worth is anywhere from 31 to 46 times that of a renter.  While it can’t be guaranteed to make you wealthier, Terry compares owning a home to a “forced savings account,” which almost always acts as a fund that can be drawn on or, of course, sold.  A home equity lines of credit—money borrowed from a lender with home equity acting as collateral to secure the loan—is one option for people facing a shortage of income or savings.  Reverse mortgages are another way of doing roughly the same thing and may be worth looking at after other options are exhausted.  Don’t jump into either of these scenarios as they both entail risks for homeowners and should be discussed with a neutral financial advisor first.

Home Equity Continues To Rise in 2017, Lifting Many Out Of Underwater Mortgages

The situation for homeowners overall continues to show signs of improvement.  According to CoreLogic, 9 million US homeowners have regained their equity since 2011. The massive number of people who were underwater with their homes in 2011 has been dramatically reduced.  As home prices go up, owners build equity which can be borrowed against (not necessarily a prudent move) or take solace that when they sell their home, they’ll get more out of it than they paid for.  From Q1 2016 to Q1 2017, the average year-over-year increase in home equity was $13,000.  Steve adds that even more home equity is being created as people pay down their mortgages, which is exactly how a healthy housing sector and economy should function.  This also reduces the risk of mortgage defaults, which, in turn, bolsters the housing market.

Looking at the data on a local level, the states which saw the greatest rise in home equity were all in the West:  Texas, Utah, Washington, Hawaii, and Colorado.  As far as “negative equity” (being underwater, meaning you owe more than the house is worth) goes, Nevada and Florida top the list, with New Jersey, Illinois, and Connecticut following.  Florida’s rate of 11% negative equity means that a little more than 1 out 10 homes is still underwater. That said, Steve and Terry agree that Florida’s housing market has improved significantly, which looks like a durable trend.

Who Are These New People Living In My Rental Property?

Drawing from the Real Estate Survival Guide, Steve describes a situation where a tenant with a lease allows other people to move into the rental unit.  Terry argues that the rule here is pretty cut-and-dry: Everyone over the age of 18 living in the property needs to be named on the lease.  The right thing for the tenant to do would be to inform the landlord before inviting anyone to move in, otherwise, the tenant would be violating the terms of the agreement giving the landlord the right to nullify the lease and kick out the tenant.  However, it might transpire that the new folks who’ve moved into the property would be considered squatters, and the law around squatters’ rights can be a major headache to landlords.  Since eviction is often a difficult process, it may make more sense for the landlord to call up the tenant and have an adult conversation about trying to find a middle way forward.

Steve Pomeranz: It’s time for Real Estate Roundup.  This is the time every single week we get together with noted real estate agent, Terry Story.  Terry is a 28-year veteran with Coldwell Banker located in Boca Raton, Florida.  Welcome back to the show, Terry.

Steve Pomeranz: You’re welcome.  Let’s talk about millennials today.  It looks like they may be making a comeback here, especially considering that the percentage of homeowners have been declining in the U.S. the last number of years.  That’s starting to change?

Terry Story: Yeah, what we’re looking at, right now home ownership is about 64%.  It was 70% before this great recession.  It’s these millennials that need to be able to start purchasing up houses.  Households formed double the rate of renter’s households in the first quarter 2017.  That’s the first indication.  We’re seeing more household formations versus renter house formations.

Steve Pomeranz: Okay.  I’m not really sure what that means, but as the millennials grow older, they form a family.

Steve Pomeranz:  There is a lot of discussion all the time of whether it’s better to rent or to own.  I think you can go either way, but there are some long-term aspects to ownership.  Tell us about those.

Terry Story: There sure are.  You’ve got long-term wealth.  Owning a home is one of the best ways to build long-term wealth.  The longer you own the home, in theory, it builds equity.  Then, of course, freedom.  Homeowners are free to renovate and decorate and do whatever they want to their house.  Finally, a family investment.  For many, home ownership is a lifestyle choice, a place where they want to raise a family, build memories, be part of larger community.  Those are the three main reasons.

Steve Pomeranz: While this is not a definitive statistic, it is interesting to note that homeowner’s net worth is anywhere from 31 to 46 times that of a renter.

Steve Pomeranz: I don’t think it necessarily means that owning a home makes you wealthier, though I think that would be a pretty big part of it.

Terry Story: No.  It’s a forced savings account in a way.

Steve Pomeranz: Exactly.  I totally agree.  Also, you know we deal with a lot of people.  As they age, we find that if they’re running low on money, there’s always their home as the final equity.  Most of those homes are paid off.  In numerous cases, I can tell you that that has taken people to the end of their days.

Terry Story: Right.  Now they have reverse mortgages.  That’s not for everyone, not to promote divorce.

Steve Pomeranz: Yeah, we’re not promoting anything here, but it is an option.

Terry Story: It is an option.

Steve Pomeranz: It’s kind of a last option.  More homeowners have regained their equity since the crash as well.  Tell us about that.

Terry Story: You’re looking at about nine million U.S. borrowers have regained their equity since the height of the mortgage crisis back in 2011.  This is according to CoreLogic based on the first quarter equity report.  That’s all real positive.  Then, also, you think back, how many people were underwater?

Steve Pomeranz: Yeah, and also all during that same time, they’ve been paying down their mortgage to greater or lesser degrees, but still they’re building equity that way as well.  This is all good for the economy and it’s the way it should be.  Mm-hmm (affirmative).

Terry Story: Yeah, exactly.  There’s a double whammy in the positive sense to this because this means that the mortgage risks of default decline when we have this buildup of equity.

Terry Story: Sure.  Texas, they had the highest positive equity at 98%, followed by Utah at 98% as well and then Washington, Hawaii, and then Colorado.

Terry Story: All west.  Go west, my friend.  Then Nevada had the highest percentage of homes with negative equity.

Terry Story: It has something to do with gambling, I’m sure.  Then here comes Florida.

Steve Pomeranz: Why is Florida always in the top?

Terry Story: This is Florida in a negative equity at 11.1%.

Steve Pomeranz: Which just means that the percentage of homes with negative equity is 11%.  One out of 10 homes in Florida is still underwater.

Terry Story: Right.  Keep in mind that this number was a lot worse.  This is, actually, you look at it this is a positive thing that we have.

Steve Pomeranz: Okay.  I want to switch gears here.  Real Estate Survival Guide—should landlord evict tenant with new roommates?  Here’s the question: “We just renewed our tenant for a second year.  When we rented to him, we agreed in the lease that it would be just him living there.  Now it seems that he’s let another person move in with a small child.  Are we stuck with this situation?”

Terry Story: Actually, no.  A lease is actually a contract and it’s between you and the tenant.  If there’s going to be somebody else that’s in the house, they’re supposed to be named in the lease.

Terry Story: By moving in additional people, technically the tenant is breaking the lease and really needs to get permission from the homeowner.  I see this play out, Steve, in several cases where a tenant will move somebody in and then the landlord gets all upset.  If you’re a tenant and you’re going to move someone in, it’s really best to make them aware of it.  There’s a lot of reasons for it.  One thing that’s interesting, when you write a lease, anyone over the age of 18 is supposed to be named on that lease because let’s pretend the tenant is not making its rent, you try to kick them out or evict them.  The other person who is not named on the lease, next thing you know they’re a squatter.

Steve Pomeranz: That’s interesting, but I think the idea of evicting is pretty difficult, so I think it’s better to just try to work it out.

Terry Story: Absolutely.  You don’t want to go down that road.  You just need to have open communication with your tenant.

Steve Pomeranz: Yeah, maybe that other person is just there for a long vacation.  How do you really know?

Steve Pomeranz: Yeah.  Good advice.  My guest as always is Terry Story.  Terry is a 28-year veteran with Coldwell Banker, located in sunny Boca Raton, Florida and she can be found at TerryStory.com.  Thanks, Terry.