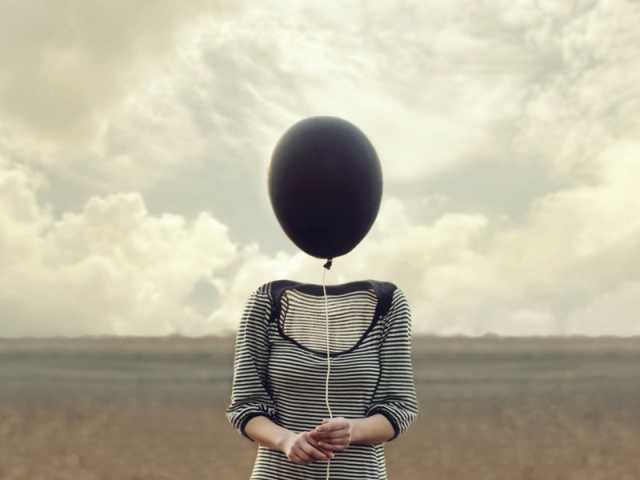 Millennials (the 25 to 35 age group) would love to buy houses and settle down.  But many of them cannot afford to do so in the current housing market.  Blame that on high home prices, limited inventory, rising interest rates, and tight finances.

Millennial home buyers carry a median student debt of $41,000, with monthly debt payments of $300 to $400.  These debt payments sharply cut into what millennials can afford to pay on monthly mortgages.

According to the National Association of Realtors, home prices rose 48 percent between 2011 and 2017.  During that same period, income for all age groups grew by just 15 percent.  Home prices clearly outpaced income growth, making homes less affordable.  On top of that, student debt reduces affordability for millennial home buyers and severely limits what they can buy.

Terry Story adds that the median age of millennial home buyers is about 32 years.  She suggests buying a starter home that you can afford and owning it for at least five years to get some price appreciation.

Millennial Buyers Are Fun To Work With

As an agent, Terry likes selling to millennials and first-time home buyers.  They are energetic and enthusiastic about their home purchase. They’re also very flexible because inventory levels are low.

Young doctors have it a little easier than their fellow millennial home buyers.  Special mortgage programs allow young doctors to take on larger mortgages because of their future earnings potential.

With home prices up 48 percent since 2011, some millennial home buyers are nervous.

At the present time, prices are at or higher than the levels of 2005.  Buyers fear a repeat of 2005.  Back then, people who bought at the peak saw prices crash.  Some fear the cycle could repeat itself and are being cautious.

Terry’s advice is to view homes as long-term investments, not as profit-making schemes.

Buy a house for its many benefits, such as family stability and a good neighborhood.  Even if you buy at the peak today, you’ll do okay over time as you build home equity.

Steve Pomeranz: It’s time for Real Estate Roundup. This is the time every single week, we get together with noted real estate agent Terry Story. Terry is a 29-year veteran with Keller Williams located in Boca Raton, Florida. Welcome back to the show, Terry.

Steve Pomeranz: So I understand it’s tough for millennials out there.

Terry Story: Ah, the millennials. It’s tough for everyone, Steve.

Steve Pomeranz: It is. A little tougher for millennials, why?

Terry Story: It is. Okay. So here’s the deal with the millennials. A lot of them have student debt. Do you realize that median student debt is $41,000?

Steve Pomeranz: That’s a lot of money, and it means that if you’re paying off your student debt, and it’s costing you three, four hundred a month, that’s less money that you could use either to put down—you could have saved that money—or you can afford on a monthly basis.

Terry Story: That’s right. So that’s what’s really squeezing them. So that’s why it’s hard. And then we’ve talked about this multiple times. You’ve got rising interest rates, the pricing of a home is going up faster than the incomes, so all of that combined.

Terry Story: Yeah, so that shows you right there, the squeeze.

Steve Pomeranz: So that puts more pressure on, and so prices are rising, interest rates are rising, and if you’re burdened with student debt, then it kind of severely limits what you can buy.

Terry Story: That’s right, and the median age of a millennial purchasing is 32 years. So, that’s …

Terry Story: I don’t know. I bought mine before 32.

Steve Pomeranz: You did? You think it’s a little older?

Terry Story: How about you?

Steve Pomeranz: No, I think I bought my first house in my early 30s.

Steve Pomeranz: But you know, I bought a townhouse, that I could afford when I was-

Steve Pomeranz: No, no. No. It was a great townhouse. I love this townhouse, but it was a townhouse with a pool, and it was enough for me.

Terry Story: No, if you wait long enough, and you get married, and you collect all this money, and you buy that first house, and you get other people to help you subsidize it, it’s great.

Steve Pomeranz: Well, no, I get it. So you’re saying that there’s this big desire to own a house, and buying a townhouse is kind of beneath, beneath them.

Terry Story: Actually, no, no. In many cases it is, from what I see in my marketplace, but no. Absolutely. That is not a bad way to go. Buy something that you can afford, live in it for a few years. Actually, I would suggest, if you ever buy something, plan on owning it at least five years, so that you have the appreciation to get out of it, to cover all your costs.

Steve Pomeranz: Yeah. It’s been my experience, though, all those years that I owned townhouses and a house, I never made any money. South Florida was not good for that, and it used to really irk me because people come down from New York, and they’d be living in these three bedroom, two baths, and they’d be worth a million and a half.

Steve Pomeranz: They come down, they buy these huge-

Terry Story: And they paid 30,000 for it, and only owned it five years. I’ve heard all those stories.

Steve Pomeranz: Wow, yeah. But they’d come down here and they’d buy it, they’d go, they would be like in wonderland for them. They buy these huge homes, for 700,000.

Steve Pomeranz: Which was a fortune for me back then, and they’d still have 800,000 dollars left over. Why? Because they bought it.

Terry Story: And then they retire, and they come down to live down here.

Steve Pomeranz: So, you’ve sold to millennials recently. I know you mentioned new home buyers, but what was that experience actually like?

Terry Story: It was so awesome. I love first-time home buyers. They’re so energetic and enthusiastic about their home purchase. They’re very flexible because the inventory levels are so low. I mean the one customer, he’s like, “I don’t care anymore, just find me a house,” and it’s fun and exciting. And then the other couples, same thing, they’d been looking for a while, and interestingly enough, I don’t know if you’re aware of it, but they have these doctor programs, and if you’re a doctor, you have special financing.

So speaking of the student loan debt, a young doctor coming out of his residency has a ton of debt. And there’s special mortgage programs that allow them to obtain a nice size mortgage, buy a nice home, because they know that they have the ability to pay back. And do pay back.

Steve Pomeranz: Yeah, but the rest of the world does not have that.

Steve Pomeranz: Yeah, so be careful when you go, and you’re sending your kid to school. Make sure they’re getting a degree that’s monetizable, right?

Steve Pomeranz: And there’s many that are not. So be very cognizant of that, of spending a lot of money for college, and coming out with a degree, that you can earn it back.

Steve Pomeranz: The other thing I wanted to talk about is this idea that people who are buying now are feeling a little bit nervous. And here’s what I mean. If you bought back in 2005 when things were churning and they were at their high, there was a lot of excitement in the air, and then, unfortunately, you paid a very high price for it, an of course, then the real estate crash came, and you managed to live through that. Or maybe you went and you started to rent or something of that nature as the years went on. Now we’re back. The cycle’s gone down; now the cycle’s come back up. Prices are at or higher than the levels were in 2005, and I think some people are thinking, “Yikes, what if I’m doing this again?”

Terry Story: Yeah, and you see that, and you sense that a lot of, you know, talking to customers and clients, they anticipate there’s going to be a pullback. And I keep looking around, saying, “Well, based on what?” The economy is growing, and we talked about it, it’s all about affordability.

Terry Story: So, if the prices go up too high, then the interest rates are going to fall because it’s all about supply and demand.

Terry Story: That’s right, and home purchases should be long-term investments. They really shouldn’t be I’m going to buy a house and live in it for two years.

Steve Pomeranz: Yeah. No, it’s too expensive for that.

Terry Story: It really, it’s too expensive. It really should be at least five years.

Steve Pomeranz: Yeah. And I would not count on capital appreciation. If you get it, good. But in the meantime, you’re paying down your mortgage, and if you stay in it long enough, you’re going to be building equity. And that building equity is where a lot of people get their wealth.

Terry Story: That’s right. There’s nothing that says you should turn around and be able to make a profit.

Steve Pomeranz: That’s right. There’s nothing. Remember that everybody.

Steve Pomeranz: Okay. My guest, as always, is Terry Story. A 29-year veteran with Keller Williams located in Boca Raton, Florida, and she can be found at terrystory.com. Thanks, Terry.