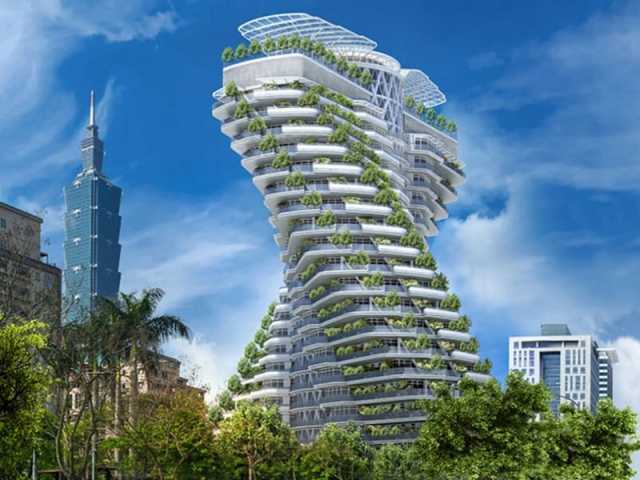 During this week’s Real Estate Roundup, Steve once again welcomed Terry Story to the show to talk about the current real estate market. Terry is a noteworthy 31-year veteran with Keller Williams Realty of Boca Raton. Their conversation centered on a trend in what luxury homebuyers are looking for—the “vertical country club”.

Steve pointed out an interesting historical trend that tends to unfold in the real estate market during election years: “If the current election year unfolds similar to previous ones, the election process itself will actually have a greater impact on home sales than will the policies of whoever wins. There’s just something about elections that changes people’s desire to own properties.”

According to Terry, who’s familiar with the election year effect, what we’re likely to see is a softening of the real estate market, a decline in home sales, around the beginning of June. She said, “But then sales will ultimately rebound, going up in November, when the election happens.”

She added, “Actually, we’ve been in an overall rising cycle since 2011.” But even within a cycle, the market has its ups and downs – and no one knows beforehand whether a given cycle will last three to five years, five to seven years, or seven to ten years. “Only time will tell.” But for the moment, Terry says she sees a solid market in the Boca Raton area, with less than 1% of homes in foreclosure, and where most people have a tremendous amount of equity in their homes.

Steve wanted to specifically take a look at the changing trends in the luxury real estate market. There’s been a noticeable change in what luxury homebuyers are focused on. It’s not about “location, location, location” anymore. Instead, it’s now more all about “lifestyle, lifestyle, lifestyle”. He asked Terry to explain to listeners the things that luxury homebuyers are yearning for.

Terry opened with some examples: “They’re looking for things like outdoor living, flexible space for home offices, home automation, open floor plans, and new construction.” According to Terry, luxury homebuyers are looking for homes that meet their overall “wellness concept” which tackles things like holistic health and environmental concerns. “People want spaces in their homes or in their community where they can take care of both their bodies and their minds. They’re looking for a really elevated lifestyle and for homes that can accommodate that lifestyle.”

For buyers 40 years and older—kind of the top end of the millennials bracket—it’s important to have certain amenities in their neighborhood for their children and grandchildren to enjoy when they come to visit is important. They want game rooms, concierge childcare services and activities, and excursions for the kids, especially around the holidays, when kids and grandkids are most likely to be visiting.

For themselves, they want private chefs to cook in their residences, fitness and meditation centers, and Peloton bikes. Terry summed up homebuyers’ desires as wanting what she calls a “vertical country club.” When they buy into a country club community, they’re not looking for just the traditional golf pro shop and restaurant in the centrally located country club. Instead, they want the country club to be a place that offers high-end experiences like guest lectures, wine tastings, cultural events, and fine dining. You might say they’re looking for a country club experience that resembles all the offerings you expect to find on a luxury cruise ship.

For help with either home buying or home selling, in Boca Raton, the place to find all the personal assistance you need is Keller Williams Realty.

Steve Pomeranz: It’s time for Real Estate Roundup. This is the time every single week we get together with noted real estate agent Terry Story. Terry is a 31-year veteran with Keller Williams located in Boca Raton, Florida. Welcome back to the show, Terry.

Steve Pomeranz: Always great to have you in studio.

Steve Pomeranz: In situ, as they say. Listen, I have an interesting factoid here. If the current election unfolds similar to earlier elections, the process will impact home sales more than the policies of the person who actually wins. There’s something about elections that changes the desire for people to own properties.

Terry Story: What we’ll see is home sales will slip in June and then rebound in November.

Steve Pomeranz: They soften up.

Steve Pomeranz: Maybe that’s what we’re talking about now because we’ve been talking about that a little bit. As a matter of fact, you told me earlier that only two more houses… Tell me that again.

Terry Story: In Palm Beach County, single-family homes, and I don’t recall the exact number, but it was like 19,742 homes sold in 2018. Then it’s 19,742. We only sold two more homes than we did the previous year. That’s like crazy.

Steve Pomeranz: That’s crazy. It was probably someone threw in some last home sales just to get it over.

Terry Story: Yeah, just to throw it off.

Steve Pomeranz: Get it over. You got to get it up.

Terry Story: You got to keep it growing.

Steve Pomeranz: You know you real estate people. Things are going to soften up probably if history is any indication of the future.

Terry Story: We know that we’ve been in this rising cycle since 2011. Cycles in all markets go up and down, up and down, and they usually range from three to five years, five to seven years. Who knows? Time will tell.

Terry Story: No, I don’t see it at all. I find it very solid, and if we look at the number of foreclosures just in our area it’s less than 1%. The equity that people have in their homes is tremendous. I don’t see a fragile market whatsoever.

Steve Pomeranz: Especially with… I want to discuss, specifically, luxury real estate development trends that are now taking place. You know the old saying, “Location, location, location.” According to what we’re reading here, that is no longer the case. For luxury real estate today, it’s all about lifestyle, lifestyle, lifestyle. Let’s talk about what some of the new “it” desires are or amenities that people want.

Steve Pomeranz: What does that all mean? I don’t understand.

Steve Pomeranz: Private chefs, yeah. They’ll have fitness centers and they may have Peloton type bikes.

Terry Story: Peloton bikes. It’s an elevated lifestyle. Then the other interesting thing is they’re looking for that vertical country club to the hospitality program.

Steve Pomeranz: Hold on. Typically, you think of a country club, you have this community.

Steve Pomeranz: Then in the middle of that you have this huge-

Steve Pomeranz: Country club, thank you. This is changing a little bit because now they’re talking about vertical country clubs, meaning what?

Terry Story: Basically, what they’re looking for is to have high-end experiences like fireside chats forums and fitness foods and wine invitations, cultural events that are all held within the building and maybe a restaurant from a world-renowned chef presenting a private residence only dining experience, those kinds of things.

Steve Pomeranz: Also, it’s all about the kids. According to this, as the oldest millennials head towards 40 many have their own families and want to reside in urban areas. The luxury market is responding in kind by providing properties that they most want to buy in this phase of their lives, which means redefining the unit size and the composition to the levels of amenities they expect because their children are important considerations.

Terry Story: That’s right. What do I mean by that and what does that look like? Steve, I see a lot of, I’ll call them grandparents, looking to buy a property with a lot of amenities for their children because they want their children and their grandchildren to want to spend time with them. We’re seeing places that offer amenities, not really for the residents per se, but for the residents’ children’s children, grandchildren.

Steve Pomeranz: Think of the psychology. If a grandparent is moving to a new area. Let’s say they’re moving from the North to South Florida, and they’re thinking, “Okay, so where are we going to buy? Well, we will obviously want social programs. We want golf or whatever, tennis, whatever we do for us. But when the kids visit, what are we-”

Terry Story: What are they going to do?

Steve Pomeranz: What are we going to do?

Terry Story: They’re not playing tennis. They’re not golfing. They’re looking at game rooms. They’re looking at concierge child-care services and activities, excursions. Especially around the holidays, you’ll see that in a lot of the country clubs, they offer all kinds of amenities and things for the kids to do. They’re excited to come down and visit with their family.

Steve Pomeranz: Yeah. It’s kind of like a little sales-

Steve Pomeranz: Come down and we’ll go on a cruise.

Steve Pomeranz: Are they going to have Broadway-type entertainment in the building too?

Terry Story: Sure, why not.

Steve Pomeranz: My guest, as always, is Terry Story, a 31-year veteran with Keller Williams located in Boca Raton, Florida, and she can be found terrystory.com. Thanks, Terry. 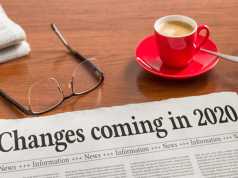 Real Estate Is Undergoing Important Changes in 2020: Here’s What It Means To You