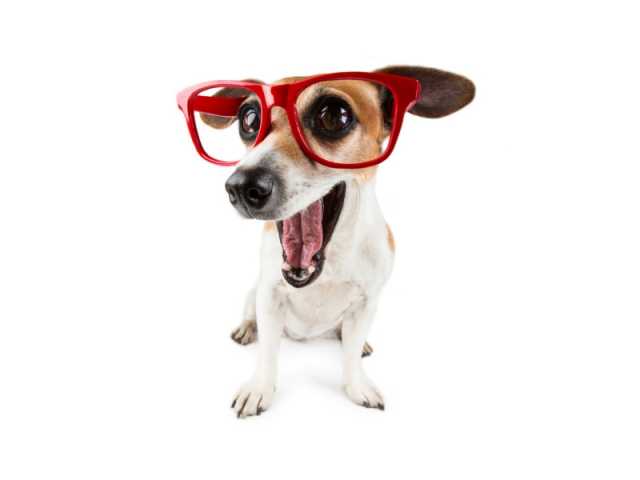 Terry Story joined us once more for our weekly examination of the real estate market, and this week she had some good news for homeowners!

For the first time in quite a while, the price of the average home rose during the fourth quarter, suggesting that the market is shifting into a healthy state. This 4% rise means that the average American house now costs $257,000.

While price rises are good news for those with housing stock, the reverse is the case for those trying to get on the housing ladder. So Terry went over what is required to buy the average American house.

And it’s not all bad news. Firstly, there are plenty of deals available for buyers seeking a 5% mortgage, namely that they’re putting down a 5% deposit as collateral. This would amount to around $13,000 in current market conditions. To secure one of these deals, household income of $63,000 is required.

Home buyers able to stump up a little more deposit can afford to earn less and still be approved. The best mortgage rates are available for buyers proffering a 20% deposit (around $52,000 for the average American house), and securing these loans would only require a household income of about $53,000.

Of course, there are regional variations, and Terry noted that $250,000 doesn’t go very far in some parts of the States, while in others, it’s quite enough to purchase a good quality and attractive house.

Terry also broke down the equity figures for the US, and again there were healthy signs here. Statistics indicate that more people in America are now equity rich in their homes, meaning that they have a positive balance between the value of their house and the outstanding mortgage. However, 9% of homeowners remain in negative equity, so the market still has some way to rise before all homeowners can consider themselves to be in a positive position.

Nonetheless, the outlook for the housing market seems to be encouraging, and we discussed the three main reasons for this. Firstly, the response to the 2006 market crash has meant no more 100% mortgages, and this has led to a more rational market. Secondly, mortgage rates are lower, which has made it more feasible for people to buy.

And the third reason, as Terry explained, has been the behavior of senior citizens. Many mature Americans are opting to stay in their homes. This naturally creates less supply. And everyone knows what happens when demand outstrips supply. Prices go up!

So this was another enlightening chat with Terry, and we look forward to going over the latest trends next week.

Steve Pomeranz: It’s time for a Real Estate Roundup. This is the time every single week we get together with noted real estate agent Terry Story. Terry is a 30-year veteran with Keller Williams, located in Boca Raton, Florida. Welcome back to the show, Terry.

Steve Pomeranz: You know, every time we meet, we’re talking about home prices going up, they’re going down, they’re flattening out.

Steve Pomeranz: That’s a lot for one quarter.

Terry Story: It sure is, absolutely.

Steve Pomeranz: So what is the median price of a home these days? This is not the lowest, not the highest. This is kind of an average.

Terry Story: So that’s a good number to-

Steve Pomeranz: All over the country?

Terry Story: All over the country.

Steve Pomeranz: Now if I put more down, I guess I don’t need as much income?

Terry Story: Not much of a difference but.

Steve Pomeranz: Okay, so now I know you work and live in the Boca Raton area. Can you buy a house in Boca Raton for $250,000?

Terry Story: Not that I’m currently aware of in a single-family home.

Terry Story: Now once in a blue moon they pop up, but they’re usually very distressed.

Steve Pomeranz: To be realistic, different communities have different net levels of income.

Steve Pomeranz: And the housing reflects that, so they’re going to be more expensive. So these are the median across the country, it includes a lot of areas that are in-

Terry Story: Right, our median in Boca Raton’s somewhere in the fives for single-family homes.

Terry Story: To give you an idea, median.

Steve Pomeranz: Okay, gee, so maybe we can kind of double these numbers a little bit. So if you can buy a $500,000 property, maybe you need-

Steve Pomeranz: Okay, those are good numbers to know. All right, cool. All right, so let’s move on. There’s also some very encouraging statistics that show us that more people now are equity rich in their homes. First of all, define what this equity rich means.

Terry Story: So this is great news, Steve, because if you think about it, the reason why we experienced the big crash in 2016, there was no equity. It was easy. So when the-

Terry Story: I mean, sorry, 2006. So when the market came down, even if it just came down 10%, it shook up the whole world because you could put virtually, you get 100% financing.

Terry Story: In some cases, even more.

Terry Story: So to have 50% equity in your homes at this level, the odds and opportunity for something like that to occur are slim.

Steve Pomeranz: Yeah, I don’t think in my personal opinion that the next crisis is going to be in the housing area. I don’t think it’s going to be in the banking area, either the way it was, as well. I think those problems, for the most part, have been fixed, banks have much more capital. They’re not as leveraged, homeowners, as we’ve just said here, are not as leveraged. And, even if housing prices were to decline, maybe your equity goes down, but it doesn’t go to zero and then to go negative.

Steve Pomeranz: Now there are still quite a few, I think one in eight, oh, what’s the statistic here?

Steve Pomeranz: 8.8%, so 9% of homeowners are still considered seriously under water.

Steve Pomeranz: Right, their homes are worth less than their outstanding mortgage.

Terry Story: That’s right, and it doesn’t necessarily mean that they’re in financial trouble either.

Steve Pomeranz: No, no, no.

Terry Story: If they’re able to make their payments, and they’re staying in the house.

Steve Pomeranz: Yeah, well, one of the-

Terry Story: A lot of it’s just timing, when they purchased it.

Steve Pomeranz: Exactly, one of the benefits of owning a home is, let’s say for so many people who aren’t really very good savers, this monthly mortgage payment acts as a sort of mini-savings account.

Steve Pomeranz: So even if your house is not going up in value, the mortgage is going down and you’re creating that equity.

Steve Pomeranz: So if eventually you pay it off, you’ve got the whole home value as equity, and that’s a form of savings.

Steve Pomeranz: So that’s kind of the problem with being underwater is that you’re not participating in that wealth creation aspect of it.

Steve Pomeranz: And it probably just means it’s going to just take longer for you to get there.

Steve Pomeranz: All right, so we’re always looking to figure out why, what effects, what is actually going on that affects these numbers that we talk about?

Steve Pomeranz: Why are home prices rising, is a good example? Well, one reason may be, well, mortgage rates are a little bit lower, so that allows more people in, but there’s another factor that we both were talking about earlier. That’s actually a big part of this. Why don’t you tell us about that?

Steve Pomeranz: Yeah, in generations past, these homes would be free, they’d be on the market.

Steve Pomeranz: And there’d be more inventory and it would be better just for home prices and so on.

Terry Story: Correct and with supply and demand, so now you’ve created less supply, your prices are-

Steve Pomeranz: Are going to be rising.

Steve Pomeranz: Well, the thing is that, why are these aging people staying in place? What’s wrong with them?

Terry Story: [LAUGH] Don’t they know they can come to South Florida?

Steve Pomeranz: Well, I’m even thinking about the people in South Florida.

Steve Pomeranz: You know, maybe, wait a minute, maybe it’s because they’re happy where they.

Steve Pomeranz: [LAUGH] They’re happy where they are. They like their communities-

Steve Pomeranz: And they’re comfortable with their homes, and it’s like, why move?

Terry Story: Right, they like the quality of their life. They like their home. They don’t see the need to move.

Steve Pomeranz: Don’t they understand that the real estate market doesn’t really want them to be that happy? Come on.

Terry Story: Don’t they know that, on average, they’re supposed to move every five years?

Steve Pomeranz: That’s right, exactly. My family, when I was growing up, we moved every seven years.

Terry Story: Your realtor loved you.

Steve Pomeranz: We were renting. [LAUGH] We didn’t have any money, but we were upwardly mobile, let’s put it that way. We started out in the Bronx, ended up in Queens, and then ended up down here, so. Which, you know, we always say we moved to the next suburb outside of Long Island which was North Miami Beach.

Steve Pomeranz: Anyway, my guest as always is Terry Story, a 30-year veteran with Keller-Williams located in Boca Raton, and she can be found at terrystory.com. Thanks, Terry!