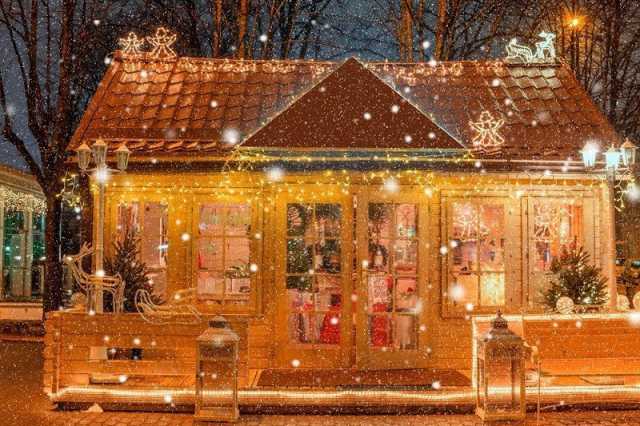 Living small in all the right places

Our resident real estate expert, Terry Story, is talking small this week—but in a very big way. It seems that there is a surge of interest in some parts of the country for tiny houses, houses no bigger than 200-300 square feet. In Spur, Texas, for example, an entire community of these Lilliputian homes is sprouting up, costing on average of from $30,00 to 50,000. Although these homes are illegal in some parts of the country, in Florida, Colorado, and Texas, people are going for them in large numbers.

The size and other relative characteristics, such as these mini-homes being either on wheels or on a solid foundation, may not seem so different from traditional mobile homes that have been around for a long time now. Whatever the comparison, these new super-down-sized dwellings which offer only three essentials— kitchen, bathroom, and bedroom—are an up and coming phenomenon in the housing industry.  How better to simply your life than by going tiny?

Before you sell your home, know the lucky numbers.

Lucky 8s, unlucky 13, or is it number 4? When it comes to listing your home for sale, it turns out that the listing number is very important.  We all know that the number 13 is perceived to be an unlucky number for most people here in the U.S., however, within Chinese communities, it’s the number 4 that’s to be avoided. So, if you have a home to sell in Los Angeles, San Francisco, or New York, you’d do well to list your home with as many 8s as possible since that’s the most desirable number within the Chinese culture. Realtor.com, who conducted the research for all this, conceded that in reality, of 178 homes that popped up on listings that included multiples 8s, they only sold about 0.32% faster than other listings.

Whether you are buying large or small and no matter what you consider your lucky number, the new administration that will soon be taking over our government will have the greatest impact on the housing market.

As far as the South Florida housing market is concerned, Terry believes that if Trump follows through on his promises

to lower taxes and to increase jobs and infrastructure the housing market will indeed benefit, even though rising interest rates will hamper the ability of some to make new housing purchases.

The anticipation of faster growth in 2017 is one of the reasons the stock market has been on the rise, but this growth could also bring on inflation which will have its own impact on housing across the country.

Terry reminds us that we’re pretty much at the peak of a 10-year cycle, one that rose up after the 2008 market downturn and, although it won’t happen overnight, the movement will slide downward at some point

Terry’s best advice: Buy what you can afford and don’t overreach just because we’re in a positive cycle because—we all know that what goes up does eventually come down.

Terry Story: Sure do.

Terry Story: Actually, tiny homes are still mostly illegal in the majority of the country, but a newspaper article in Spur, Texas—they’re actually creating a community.  These tiny homes are going to be made up of 200-600 square foot homes.  They can either be on wheels or actually built on a foundation.  They tend to be basically more affordable than traditional homes.  You’re looking at anywhere from $30,000 to $50,000 for these tiny homes.  The idea is that people want to simplify their life and keep things little.

Steve Pomeranz: Not only that, but I think it’s a financial issue…but it sounds to me like these are mobile homes.  I mean, some of them are on wheels, some of them are on foundations, I just wonder whether these are prefabricated homes?  I mean, I don’t really know, a single wide trailer, let’s say, I wonder if that’s 200 feet or not.  I guess people can live in that but 200 square feet living space seems awfully, awfully small.

Terry Story: Yeah.  You have a kitchen, a place to sleep, a bathroom.

Steve Pomeranz: I guess it’s a reaction to the lack of affordability as wages haven’t really risen enough to offset the rise in the prices of homes plus the fact that interest rates are going to be rising.

Steve Pomeranz: If you’ve been to an IKEA, they’ve got a 200-square foot model inside the store.  There’s a bed along one wall and then there’s a TV up in the corner, near the ceiling.  There’s a kitchen and then the bathroom’s right next to the kitchen.  I could see people living in that kind of space but it seems to be …would be very, very hard.

Terry Story: This is something that’s really happening …  They’re seeing it in Texas, Florida, Colorado.  Spur, Texas they’re making the claim this will be America’s first tiny home friendly town.  They’re turning this whole area into a town made up of these tiny homes.

Terry Story: Sure, realtor.com did some research; they found a trend where there seems to be a large number of eight’s.  So, everything is 888, like $888,888 or $888,888,888.  They’re seeing a lot of this in New York, San Francisco, and Los Angeles.  Basically, what they’ve figured out’s happening it’s to attract the Chinese home buyers which makes a lot of sense.  In the Chinese culture, eight is considered the luckiest number.  Ironically, it’s very catchy, if you look at 888, 888, it may be very catchy.  It may make you feel lucky.

The reality is, when they looked at the 178 homes that popped up on realtor.com with this eight phenomenon, they only sold about 0.32% faster than other listings.

Steve Pomeranz: It’s not so lucky for the seller.  (laughter)

Terry Story: Not so lucky for the seller.  It sold a tad faster but no big deal.  It is a catchy thing.

Then some other trends that you don’t want to do.  The number 13.  Many buildings, Steve I don’t know if you’re aware of it, don’t have a 13th floor because of superstition.  The Chinese don’t like the number four, so you don’t want to put a home on the market for $444,444 if you’re in an area where there’s a large Chinese population.

Steve Pomeranz: If your address is 134 Madison Avenue, you’ve got a 13 and a four in it, you’ve probably got some problems.

Steve Pomeranz: Boy, you really have other problems.  You got other problems there.  All right, let’s switch gears here.  Obviously, we’ve had a new election, we’ve got a new administration, very controversial administration.  I was wondering what the expected possibility of the Trump presidency would be on housing?

Terry Story: Especially if you look in our South Florida market, Trump is a builder.  If he follows through with his campaign promises to reduce taxes, increase jobs, and spend money to rebuild roads, bridges, and industry, this is going to strengthen the economy which will provide a lift for the housing construction.  Which should be good for the housing industry.

Having said all of that, at the same time, regardless of who is President, the interest rates were bound to rise.  The interest rates rising are going to hamper the ability for people to purchase like we had talked about earlier last week.  The outlook with the expected economy with Trump being in office overall boosting the economy is very positive for the housing industry.

Steve Pomeranz: You’re going to have two sides of the same coin.  On the positive side, all of this activity could lead to higher economic growth.  That’s why, I think why, one of the reason’s the stock market has been rising after the election in anticipation of faster growth in 2017.  On the other hand, faster growth could bring on inflation which then leads to a rise in interest rates.

It kind of makes sense, in a way.  It’s kind of like a pressure valve.  As the economy picks up steam, you have these higher interest rates, which kind of keep it in tow so it doesn’t get wildly out of control.  It’s one of the market mechanisms, I think, that leads to basically a very healthy outcome for the market but as far as real estate is concerned, realtor.com is talking about a 4% increase in the rate of home prices next year but we’re expecting to see a lot more economic activity.  Right?

Terry Story: That’s right.  You also have to remember that real estate with their…every industry it has…it’s cyclical.  We’ve been in this cycle now since 2006, 2007.  We’ve been in a 10-year cycle.  You’re going to see …  We were way down at the bottom, we’ve gone up, we’ve been rising.  It’s natural for, in any cycle, for it to peak and then start to recede.  I think we’re going to start to see some of that.  Not necessarily overnight, but, you know the cycle has to start to change at some point.

Steve Pomeranz: So make sure when you go buy a house you buy something that’s affordable.  Don’t stretch it too much.  Don’t reach too far.  Especially since we’ve had this real estate cycle, positive real estate cycle, for all these years.  Not predicting a downturn, nobody really knows, but be aware that we’re at the higher price of the scale of homes right now.  Not towards the bottom.

My guest, as always, is Terry Story.  A 28-year veteran with Coldwell Banker located in Boca Raton, Florida and can be found at terrystory.com.