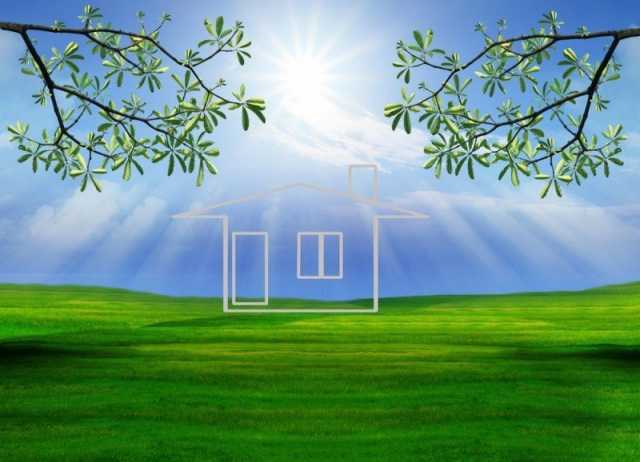 Terry reports that so far, 2016 has been the busiest spring in her business since 2006, not only in South Florida but nearly everywhere across the nation.

This bustling market can be attributed to several factors:

On a side note, Terry tells Steve that because the market is so heated right now, a lot of deals are falling apart at the 11th hour, largely because of buyer’s remorse. People are moving too quickly and then realizing they haven’t seen enough properties to make a good decision.

As the climate changes, so do trends. Terry says that, especially in South Florida, the most desired home style is the 1960s ranch. Many of these were built in pre-air conditioning days and so are more solidly built with thick plaster walls and shaded by large trees. The bonus is that many of these houses are closer to the beach and are more suitable for the Florida lifestyle

Steve Pomeranz:      It’s time for Real Estate Roundup.  This is the time every single week we get together with noted real estate agent Terry Story.  Terry is a 26-year veteran with Coldwell Banker located in Boca Raton, Florida.  Welcome back to the show, Terry.

Steve Pomeranz: Real estate market in 2016.  What is the prognostication by all of your experts?

Terry Story: It’s going to be the best year in a decade, yay!

Terry Story: No, actually all indicators point that this spring will be the busiest since 2006, and I’ve got to tell you, we’re busy.  Crazy market out there.  There’s all kinds of things that I haven’t seen in a long time.

Steve Pomeranz: What do you mean?

Terry Story: It’s very, very busy.  Of course, I can only judge things locally, but talking to other realtors across the country, they’re reporting the same.

Steve Pomeranz: What other things, what crazy things are you seeing?  What’s the market like in your world?

Terry Story: You know, low inventory, which is everywhere.

Terry Story: We also, and this is nationwide, there’s an increase in household formations.  There’s new construction going on.  That’s all across the country, but what I’m seeing a lot of, and I know that there’s a lot of nerves because the market is so heated, there’s a lot of buyer’s remorse.  They get all excited.  They’re pumped up.  They put in full price offers, and then they think about it after they’ve done it, and the deals are falling apart.

Terry Story: I just had another one happen today where they’re just so caught up in the excitement of everything that they end up backing out of the deal, and they want to take a second look at things and digest things and go at a slower pace.

Steve Pomeranz: Well, that’s bad for you, but I have to tell you, I mean for me personally, I get a lot of buyer’s remorse when I do something, but normally it’s too late.  I’m already too far.

Terry Story: Unfortunately, we have 3-day rescissions and inspection periods, and it’s normal to have some kind of buyer’s remorse, but I haven’t seen it like this in a long time, which basically tells me they’re just jumping too fast.  They haven’t had a chance to look at more property.

Terry Story: They’re nervous about it.  They’re like, oh, it’s the first house I saw.

Steve Pomeranz: Uh-huh.  You shouldn’t do that.

Terry Story: Well, there’s nothing wrong with buying the first house you saw if you know what you’re looking for because most people are spending countless hours online looking on Zillow and Realtor.com, so as much as you don’t think you’re looking at property, you really are.  You might not physically go out and look at a particular house, but you’ve ruled out all these other homes just by what you saw online.

Steve Pomeranz: Money, what about getting mortgages?  Are you finding it easing a little bit in terms of the paperwork and so on?

Terry Story: Yeah, it is easing a little bit.  It is easing a little bit.  The restrictions aren’t as stringent, although they’re still very stringent, but they’re not as stringent as they were from 2006 when the market started tanking.  We’re seeing it a little bit easier for people to get mortgages.  We’re seeing people that were in short sell situations a few years back and foreclosures now being able to get mortgages.  Those are what we call the boomerang buyers.  They’re coming back into the market.

Steve Pomeranz: Yeah.  We did some segments earlier in the year about how many people don’t realize that you can get a mortgage with 3% down now, and they think that they are unable to actually afford getting into a house, but many really can.

Terry Story: Absolutely.  Absolutely.  The interest rates are so low, and you don’t need a whole lot of down payment money.  You still need good credit.  The credit scores that are required are a little higher than they were in the past, but they’re still very fair and reasonable.

Terry Story: Aah, I mean that’s like giving money away.

Steve Pomeranz: Yeah.  No, I know.

Terry Story: Paying you to take the money.

Steve Pomeranz: Please, please, take my money, right?  We have lower interest rates, we have a labor market that’s pretty resilient and kind of growing and picking up, more people are I guess …  When you say household formations, that’s kind of a fancy way of saying what?  The kids are moving out?  What does that mean?

Terry Story: There’s all different kinds of different changes in household formations.  That actually is one of the bigger trends where we’re seeing older parents move in with their children and the children need to purchase a larger home.

Steve Pomeranz: Interesting.  The bottom line is 2016 is shaping up pretty well.

Steve Pomeranz: Housing prices in your market are still inching up?

Terry Story: They are.  The market, the prices are still rising.  They’re not rising as fast as they have in the last couple of years.  You always hit a ceiling, and you see a little bit of a pullback, and we’re actually seeing that in the luxury market, Steve.

Steve Pomeranz: Oh, okay, all right.  Prices are easing with those homes a little, but in the market of the 250 to 750, those are still kind of inching up a little bit?

Steve Pomeranz: Okay.  What kind of house is popular?  For a very long time, the two-story house was the big thing, I guess to accommodate bigger families and the like.  Are two stories still popular or are the one story becoming more?

Steve Pomeranz: That’s interesting.  Maybe there was some genius to them after all, not just …

Terry Story: Well, you know what I like about these 1960s ranch homes, especially in South Florida?  When the whole South Florida area was developed, a lot of this was back in the ’60s, so you’re a lot closer to the beach.  From a location standpoint, these homes are in excellent locations, so there is an attraction to these homes, where a lot of the two-story homes were built later, ’80s, ’90s, 2000s, and they’re further west.

Steve Pomeranz: Also in our market too, the homes that were built in the ’50s and the ’60s have the kind of construction that make them cooler inside, right?

Steve Pomeranz:      I mean back then, they didn’t have air conditioners, so they figured out ways by growing these huge trees to shade the properties, thicker walls, remember jalousie windows, right?

Steve Pomeranz: All right.  My guest as always is Terry Story. Terry is a 26-year veteran with Coldwell Banker located in Boca Raton, Florida, and she can be found at terrystory.com.  Thanks, Terry.