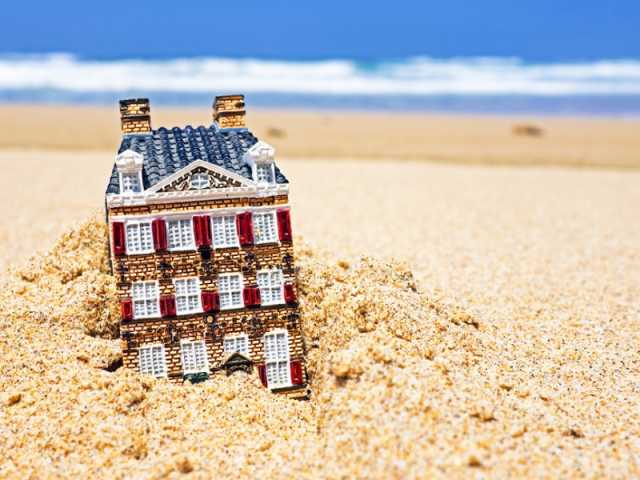 As the year winds down, Real Estate Round-Up covers general trends in the 2018 housing market over the past year.

Pending contracts are an early sign of the future because what’s pending will eventually close.  So weak pending sales are indicative of a slowdown in housing.

If your budget gets stretched even with these low mortgage rates, you should think twice before buying a home.  Moreover, lenders may require higher down payments if your debt-to-income ratio puts a strain on your finances.

Millennials Are More Conservative With Their Finances

Skipping ahead, millennials are not taking on debt because they’re financially conservative.

Millennials have lived through the financial crisis of 2008.  They witnessed the stock market crash and the havoc caused by the housing crisis and economic weakness.  All this has made them more cautious.

Now, many millennials are wary of taking on credit card debt.  Consequently, they do not have well-developed credit histories, which hurts them when they apply for a mortgage.

Take On Debt And Build Your Credit File

Terry says millennials should sign up for credit cards, pay them in full every month, and develop a strong credit history.

When making borrowing decisions, lenders only have your credit history to go by.  If you’re earning well but do not have any debt, lenders assume you’re either not making enough or aren’t saving enough to buy and build assets.

So if you’re a first-time home buyer, take on a little bit of debt and use credit cards.  Prove that you’re a dependable borrower by paying your cards off in full each month.  And take advantage of benefits such as cash back, points for travel, and more.  On the flip side, if you use a debit card, you get nothing.

To clarify, not using a credit card or not borrowing isn’t going to keep you from getting a mortgage.  You may still qualify but your mortgage rate could be a lot higher.  Steve warns that with a 30-year mortgage, even a 1% rate difference can add up to thousands over a 10-15 year period.

Terry ties this back to the drop in pending sales in the 2018 housing market.  Sales could be dropping because millennials aren’t willing to take on mortgage debt.

On the 2018 housing market, Steve adds that empty-nester baby boomers aren’t downsizing the way they used to.  With boomer homeowners projected to increase from 9 million in 2006 to 16 million by 2026, this trend of not downsizing could sizably drain the inventory of homes available for sale.

Part of this is boomer nostalgia about not wanting to sell a home with fond memories of kids growing up, etc.  Other deterrents include the lack of reasonably affordable smaller homes and higher mortgage rates.  Boomers may also be unwilling to give up homestead exemptions which lower property taxes for older homeowners.

On the other hand, a smaller home could come with lower monthly mortgage expenses and lower maintenance costs.  So weigh the pros and cons, and do what works best for you.

Steve Pomeranz: It’s time for Real Estate Roundup. This is the time every single week, we get together with noted real estate agent, Terry Story. Terry’s a 30-year veteran with Keller Williams located in Boca Raton, Florida. Welcome back to the show, Terry.

Steve Pomeranz: Let’s talk about the market, the general market and we’re going to bring it down to kind of what you’re experiencing. What’s the story with home sales that are pending? Are they rising, are they falling, what’s going on?

Steve Pomeranz: [LAUGH] Well, you mean the amount of contracts?

Terry Story: So, you have to have a property and then it has to get under contract, that’s what is considered pending.

Terry Story: And then from pending, it goes to closing.

Terry Story: So it’s the pending.

Steve Pomeranz: So the number of pending contracts.

Steve Pomeranz: So that’s a sign, it’s an early sign of kind of the future because what’s pending will eventually close. If that’s weakening, then you can kind of point to saying that sales are actually going to be weakening as well.

Steve Pomeranz: All right, so they slipped 2.6% in October. It’s not a terrible number, but it’s just kind of the sign, and you said for the last ten months.

Terry Story: For the last ten months, it’s really because of the recent rise in mortgage rates, it helped fuel the number of pool of buyers that are out there.

Steve Pomeranz: We always want to say that because in the early part of the 2000s, we had 8% mortgage rates.

Terry Story: So come on, we’re still half.

Steve Pomeranz: So higher housing prices are justified because the affordability is still there.

Steve Pomeranz: But if you are a buyer who could afford a house at 3.5%, then you can probably, I mean barely afford it, let’s say.

Steve Pomeranz: You can’t afford it-

Terry Story: If you were at your max at 3.5%, and it bumps up that little bit, that’s enough to, because everything’s ratios, Steve. They look at your debt-to-income and once you exceed a certain threshold, they won’t lend the money.

Steve Pomeranz: Skipping ahead here, there was an article that you sent in me that talked about millennials not taking on enough debt because they’re so conservative.

Terry Story: They are.

Steve Pomeranz: I guess, they’re coming out of the ‘08 crisis.

Steve Pomeranz: And they heard all these messages about how debt is bad and gets into trouble. So now they’ve kind of, the pendulum has swung completely the other way and they’re not taking on any credit card debt and that hurts them if they go try and get a mortgage.

Terry Story: It does, I have daughters that are of that age and I’ve told them, you don’t buy anything unless you can pay for it.

Terry Story: You use credit cards for convenience, which is great, but I’ve also realized I’ve let them down a little bit. Because one went to get a car and went to get a car loan and they jacked up the interest rate, and I’m like, well, this is wrong.

Steve Pomeranz: Because they think if you’re making more money, you should have more assets and then take on a little bit more debt. Whereas if you don’t have the debt, they do the reverse math and they say, well, you must not be making or saving and have the assets to support.

Terry Story: But they like to see three credit cards being used, they call it a fat file versus a thin file, which is none. So if you’re a first-time home buyer you know take on a little bit of debt, pay it off,. The real key is pay it off each month, don’t be late, be responsible.

Steve Pomeranz: Yeah, but it’s actually, it’s more than that. So you’re thinking about taking on debt. I listen to Steve and Terry, and they said take on more debt. I don’t agree with them, I don’t want to do it, but I’m going to do it. Because why haven’t I done it? Because I’m afraid that if I do put stuff on my credit card, that I’m not going to have the self-discipline to pay it, right?

Terry Story: To pay it off, right.

Steve Pomeranz: But the whole key to it, is that you must pay it off. And to me, the real sin is that credit cards give you benefits, points for travel, or cash back.

Steve Pomeranz: Where if you use a debit card, you get nothing.

Steve Pomeranz: And you’re hurting your future ability to borrow money for the important items, like a house and a car.

Steve Pomeranz: I know, okay, so another reason that houses, maybe pending home sales are dropping is that baby boomers just aren’t moving.

Steve Pomeranz: There used to be this idea that, okay, we’ve got this big house. The kids have grown up in our house. Now the kids are gone, so let’s downsize and take that extra money and go travel, and now live this other life that we plan, but they’re sticking.

Steve Pomeranz: And why are they sticking, that’s the question?

Terry Story: The million-dollar question, and the baby boomers’ numbers are growing. In 2006, there was like what?—9 million, and by 2026, there’s going to be 16 million.

Steve Pomeranz: So in 2006, there were 9 million homeowners. By 2026, there’s going to be 16 million. And so there’s a lot of inventory kind of being sucked up there.

Steve Pomeranz: That if that doesn’t turn. Now, of course, when us baby boomers, and I speak of myself, of course, not of you.

Steve Pomeranz: I mean at some time, they’re going to sell because we’ll no longer be on this Earth.

Steve Pomeranz: But we talk about what happens before then. So number one, as people age, they tend to move less.

Steve Pomeranz: There’s some nostalgia there, you’ve got your homes, where your kids grew up, and pictures on the wall, and all that.

Steve Pomeranz: Well, first let’s back up, you’ve been in that house all those years, you have this homestead exemption which limits the amount of increase.

Steve Pomeranz: Right. So your house may be worth 800, but maybe you are only paying taxes on-

Terry Story: I’ll give you realistic.

Steve Pomeranz: House or something, whatever, it’s 5,000. Now you go to a $4,000 house, taxes have gone up and millage rate has gone up and now you’re establishing a new base at this higher level. So it may absorb a good deal of the savings that you thought you were going to get when you downsized.

Terry Story: That’s right, and so it doesn’t look as attractive as it initially sounded.

Steve Pomeranz: Plus if you’re going to borrow money, then mortgage rates are-

Steve Pomeranz: They’re higher as well, but if you’re going to pay cash that eliminates that issue.

Steve Pomeranz: But there’s real reasons there, but this makes for the complexities and the dynamics of the real estate market.

Steve Pomeranz: The maintenance costs are going to be lower too.

Steve Pomeranz: So you got to put that in the calculation as well.

Steve Pomeranz: All right, cool. My guest as always is Terry Story, 30-year veteran with Keller Williams located in Boca, and she can be found at terrystory.com. Thanks, Terry.