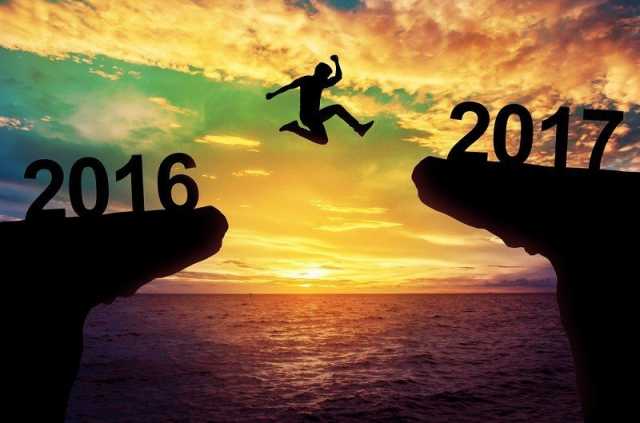 Terry Story continually reminds us that the real estate market is sensitive to outside factors, so it’s smart to know which way the wind is blowing in 2017 if you plan to buy or sell.

How high will they go?

Yes, the Fed has been threatening to raise rates by the end of this year and now with a new administration moving into the White House, a slight rise has already happened. Don’t worry about huge hikes anytime soon, though; most experts say we’ll be dealing with rates of 4-4 1/2%, still well below 5%.

We’ve been seeing low inventory and high prices for a while now, and Terry predicts an increase in price of about 3.9% for 2017. With inflation running around 2%, that’s still a gain greater than inflation.

It’s baby boomers and millennials all over again.

And what does all this mean to buyers, especially first-time buyers? Realtor.com says they will face new hurdles navigating the qualification and buying process. Higher mortgage rates mean higher monthly payments, in most cases, putting a strain on the budget of millennials who are the largest demographic group out there looking for new homes. They could find themselves priced out of the market. A bright spot on the horizon, however, is the anticipation of a stronger economy which will bring higher wages and less job insecurity to this young group of buyers.

On the other side of the demographic spectrum, baby boomers, who make up 30% of prospective buyers for 2017, will be out there are wanting to downsize. So, we have these two distinct age groups dominating the market and pretty much determining trends for the next 10 years.

Especially for millennials, the real estate hotbed is in the midwestern cities, as illustrated in the chart below from Realtor.com for top housing markets. (A tip for business owners or entrepreneurs catering to this demographic.)

Terry keeps us informed each week of the changes and shifts in the real estate market. And there’s only one constant—it’s always changing.

Steve Pomeranz: It’s time for Real Estate Roundup.  This is the time every single week we get together with noted real estate agent Terry Story.  Terry Story’s a 28-year veteran with Coldwell Banker, located in Boca Raton, Florida.  Welcome back to the show, Terry.

Steve Pomeranz: Well, it’s the end of 2016, and we’re all looking forward to 2017.  We’ve got a new administration.  We’ve got changes in interest rates and the like.  Like to know what your industry is forecasting for real estate trends next year.

Terry Story: Sure.  Well, Realtor.com is forecasting that the housing market will see slow, yet moderate growth.  With the change in post-election, we’re going to see interest rates jump up a little bit.  We can see prices, quite honestly, where first time home buyers may be priced out of the market because of the bump in the interest rates.

Steve Pomeranz: Is the real estate market, or the price for homes, going to continue to increase at its recent rate or is it going to slow down next year?

Terry Story: It’s going to slow down.  We’re going to see it slow down a little bit just because the very nature of the fact that the prices are rising.  I actually predict that, with the bump up in interest rates, we should see a little bit of a surge for those that have been sitting on the fence.  This is like the last hurrah.  They’re going to jump in.  I think there’s going to be an initial push, and then we’ll see a pullback.  Some first-time home buyers, and some other buyers, they’re not going to be able to, with the interest rates rising up, be able to afford the payments that they were hoping to afford.  At the same time, Steve, what we’re talking about is 4%, 4 1/2% expectations, so we’re still well below 5%.  These are extremely low interest rates.  Granted, they’re not as low as we had seen, under 3%, but these are still very, very, low interest rates.

Steve Pomeranz: What is Realtor.com saying about the increase or decrease in possible home prices for 2017?

Terry Story: Steve, they’re predicting that the home prices will increase by about 3.9%.  That’s still a nice healthy gain.

Steve Pomeranz: Yes.  Inflation’s running around 2%, so still a gain greater than the rate of inflation.

Steve Pomeranz: Yeah.  Interesting.  What about home sales?  What are they saying about the future rate of home sales?

Terry Story: Well, they’re saying that they’re anticipating an increase of about 1.9% in home sales, so that’s good as well.  All of it is good.

Steve Pomeranz: What is a summary of what Realtor.com’s outlook is after this month’s election?

Terry Story: Sure.  What they’re saying is, prior to this month’s election, demographics and an improving economy were laying the foundation for a substantial increase in the first-time home buyers in 2017.  Following mortgage rate increases over the last few years, Realtor.com now predicts first timers will face new hurdles as they navigate the qualification and the buying process.  It predicts that higher rates in anticipation of stronger economic and wage growth next year, both of which favor buyers.  However, higher rates will make qualifying for a mortgage and finding affordable inventory more challenging.

Steve Pomeranz: Basically, they’re saying that things are going to get a little tougher because of higher prices, higher mortgage rates, and wage growth may keep up with it, but it’s going to be more difficult, more challenging let’s say, next year for home buyers.

Steve Pomeranz: All right.  Let’s talk about some of the housing trends for 2017.  What age group is going to dominate the market?

Terry Story: The predictions are that the millennials and the boomers are going to dominate the market.  The housing market will be in the middle of two massive demographic waves.  You’ve got the millennials and the baby boomers that will power demand for at least the next 10 years.  You’ve got your baby boomers looking to move into smaller homes, and your millennials trying to get their first homes.  Baby boomers, alone, are expected to make up 30% of the buyers in 2017.  That’s a big push.

Steve Pomeranz: I work with a number of baby boomers, and also know them as well.  I can see that they’re now out there looking for homes, and seriously looking at the prospect of higher interest rates, so they want to get in early, and so on and so forth.  We’re starting to see these adults, young adults, form households, and therefore want to have a place of their own.  Kind of the natural process of what we call this demographic shift seems to be starting pretty strongly right now.  The baby boomers are downsizing because they really don’t need the big homes anymore.

Terry Story: That’s right.  You’re talking about 33% of the millennials, so that makes up 63% of the market, just that alone.

Steve Pomeranz: Yes, so if you’re in a business that caters to millennials, get yourself to some Midwestern cities.

Terry Story: That’s right.  Get out of the East Coast.

Steve Pomeranz: We’ve only about a minute left.  What are some of the top housing markets expected to be in 2017?

Steve Pomeranz: We have three Californias.  We have a couple of Arizonas.  Two Floridas, but not really in the very southern tip where I live, which is probably not good for me, for the value of my home, which it never is down here.  I can tell you that.

Terry Story: I know.  Florida, great place to live, but don’t move here to make a lot of money.

Steve Pomeranz: The thing is, will they please stop running out of land.

Terry Story: We keep finding ways to fill the swamp with dirt.

Steve Pomeranz: My guest, as always, is Terry Story.  Terry is a 28-year veteran with Coldwell Banker, located in sunny Boca Raton, Florida.  She can be found at Terrystory.com.  Thanks, Terry.