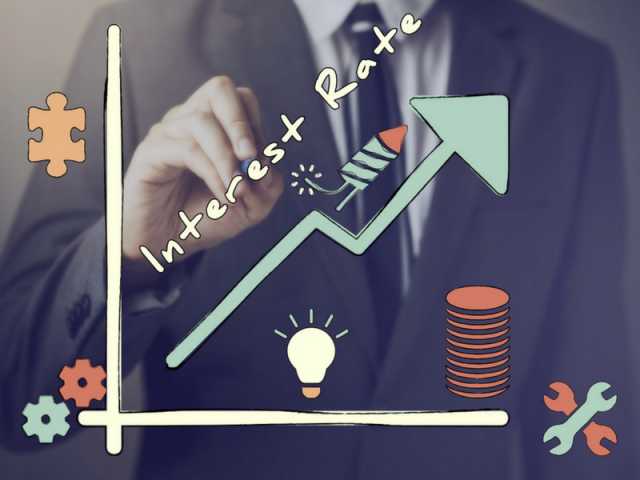 As a financial advisor, Steve often gets asked if today’s ultra-low mortgage interest rates might soon be gone forever.  Terry Story notes that rates are now the lowest she has ever seen in her lifetime and doesn’t think they can go any lower.  With the economy doing well, she believes rates are only going to rise.

Terry reminds listeners that rates were artificially suppressed in order to pull us out of the housing crisis, but now that we’re in a strong seller’s market, it’s time for the party to end on low-interest rates.

The Economy Moves In Cycles

Steve adds that economies are inherently cyclical.  We had a booming economy in the 2000s, fueled by easy credit and rising home prices which prompted people to pull money out of their homes through home equity lines of credit, to take on big mortgages, buy multiple houses, and do a lot of other crazy things.  When it all collapsed—as it was bound to—a new cycle started where Americans had had their fill of housing, where the economy fell into a funk, and the Federal Reserve had to significantly lower interest rates just to keep our economy alive.

Now that our economy is out of the need for emergency and critical care and is nicely up and running, the economic cycle is starting to turn for the better.  It’s time for interest rates to rise again, so investors must be prepared.  While no one can predict when or by how much, rates are definitely set to rise based on current economic data.

On low-interest rates attracting buyers, Terry tells Steve about her millennial daughter who graduated college just two years ago and thinks this is an excellent time for her parents to take advantage of the market before rates rise.  She suggested they buy a $600,000 property that she can live in it and manage for them, which amuses both Steve and Terry since Terry’s 24-year old daughter knows little about mortgages and rising interest rates.  Steve believes this could be a valuable teachable moment to clue her in on the economics of down payments and mortgages for home purchases!

With Terry showcasing properties every day, she updates us on the home interior options that are now trending.  In kitchens, the #1 thing isn’t the fancy cooking range or the big central island but more storage and organization with deep pull-out drawers and revolving corner trays and shelves.  On countertops, the in-thing is engineered quartz, which is now even more popular than granite.

Flooring tastes have shifted to tiles that look like wood, especially in Florida, with people shying away from wood because of moisture and other issues.  As far as color, white is really in for the walls and the cupboards.

In closing, Terry says tastes and trends change every few years (remember the avocado and chocolate brown colored appliances of the 70s and 80s!) so it’s best to do a bit of research on what’s trending and what’s new from a technology and durability perspective, and then make your choice.

Steve Pomeranz: It’s time for Real Estate Roundup. This is the time every single we get together with noted real estate agent Terry Story. Terry is a 29-year veteran with Keller-Williams, located in Boca Raton, Florida. Welcome back to the, Terry.

Steve Pomeranz: So here’s the question. I get asked this question a lot as a financial advisor. Are ultra-low mortgage rates gone forever? What do you think?

Terry Story: Gosh. The million-dollar question. I got to tell you, in my lifetime this is the lowest I’ve ever seen. I don’t know that you can go any lower. I know that everything has a time and a place, and from what I can see the economy’s doing well, the rates are only going to rise. Keep in mind too that the rates were artificially suppressed in order to pull us out of the housing crisis, and we’re in a very much a seller’s market. Honestly, I think it’s time for the party end on the interest rates. Obviously, I love seeing the low-interest rates, but I know that it’s not going to last forever.

Steve Pomeranz: You have to remember that economies are cyclical. So we had a booming economy in the 2000s, and a lot of that was fueled by easy credit and housing prices rising, and people pulling money out of their houses with home equity lines of credit, big mortgages, multiple houses, a lot of that craziness happened and then it all collapsed and the new cycle started. So, what happened was the economy really fell into a funk and the Fed had to significantly lower interest rates in order just to keep the patient alive, basically.

Steve Pomeranz: Well, the patient is out of ER, out of emergency and critical care, and the patient’s walking around. The patient’s actually running 5 Ks now. We’re talking about the economy. Things are good. Well, guess what? The cycle’s starting to turn. It’s time for interest rates to rise again, so as a borrower or as an investor you want to be prepared for that. You want to understand where you are in the cycle. Now we don’t know when, we don’t know by how much—forecasting interest rates are pretty much impossible—but I think the handwriting is on the wall. You have anything to add to that?

Terry Story: Yeah, well, I have a millennial daughter who just recently graduated college just two years ago. And she thinks this is an excellent time for her mom and dad to buy an investment property. Now, I don’t know who she thinks the beneficiary’s going to be for this, but I think it’s her. So she sends me a property that she’s interested in. It’s a $600,000 house.

Steve Pomeranz: How old is she?

Terry Story: So, she wants me to take advantage of the market before it gets worse and buy this $600,000 property so she can live in it and manage the property for me.

Steve Pomeranz: Ahh, I love that.

Terry Story: So, what I find very interesting in all this is … And she’s young, but they have no idea what a mortgage payment even looks like, let alone understand the concept of the interest rates are rising. I mean, she hears the market is good, you better jump on it before it’s too late. But you don’t start off in life with a $600,000 home. Or at least not in my household.

Steve Pomeranz: Yeah well, it has to do with how much she’s making and all of that, but the first thing that she needs to do, and you’ve got to … I’m sure you told her what to do. In my mind, this is a huge teachable moment.

Steve Pomeranz: And it’s like, hey, let’s go online and see … Let’s go to a mortgage calculator together. Let’s see … First of all, someone’s going to have to come up with 20%, so now you’re putting $20,000 down, and you’re borrowing the difference. The 80%. And now you’re doing it at 4 and a half percent. She-

Steve Pomeranz: Yeah I think you better rent. I think that’s the …

Steve Pomeranz: Yeah, exactly. Alright, let’s move on here. So, you are showing properties every single day and you’re showing kitchens and we’ve got a survey here that discusses what the most valuable feature of a kitchen is these days. And I was surprised. Why don’t you tell us what you found?

Terry Story: Well, the number one thing right now, by 63%, is more storage and organization. So, when I say organization, I’m talking about the deep drawers and the pullouts and the revolving corner trays and shelves. That sort of thing, the cookie sheet tray organizers.

Steve Pomeranz: I have a question about that though. Does anybody cook anymore?

Steve Pomeranz: Where are you putting … What stuff that you have do you need to put in all these drawers?

Terry Story: The stuff from your wedding 35 years ago.

Terry Story: But Steve, do you know what the major features … What’s the big countertops?

Steve Pomeranz: No, no clue.

Steve Pomeranz: I don’t know. It’s such a terrible name. Couldn’t they come up with something a little bit more fun except engineered quartz?

Terry Story: I still like the granite, to be honest.

Steve Pomeranz: What about flooring?

Terry Story: Flooring, well hardwood floors seems to be the number one, but when we talk in Florida, what we’re seeing more so is the tile that looks like wood. I don’t know if you’ve seen that but that’s really popular in Florida. Wooden floor sometimes isn’t necessarily the best.

Steve Pomeranz: No no, I mean, really you’ve got moisture and issues, and this tile looks pretty amazing. I considered it when I redid my bathroom.

Terry Story: And you can’t chase this stuff. You can’t change your house style every 10 to 12 years.

Steve Pomeranz: No. Well, I guess just buy what you really like and then have an eye towards what the marketplace likes, but you know that styles are going to change. Just walk into an old house that has the orange carpets and the-

Steve Pomeranz: I was thinking about the appliances. What were the color … avocado.

Steve Pomeranz: I do, I do, I do. I’m glad I never see those again. Yeah, I don’t see those anymore. My guess, as always is Terry Story. Terry is a 29-year veteran with Keller Williams located in Boca Raton, Florida and she can be found at terrystory.com. Thanks, Terry.