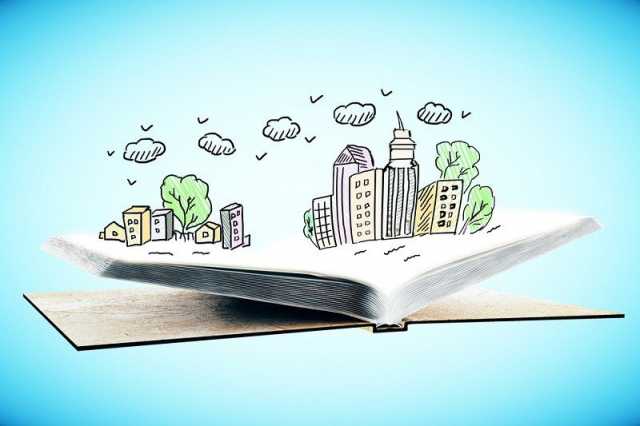 It might seem like you need a divining rod to predict the way the real estate market will go at any point in time, but, from all her years of experience, Terry Story usually can foresee the future highs and lows all by herself.

Citing some information from the fall 2016 Housing and Mortgage Market Review published by Arch Mortgage Insurance Company, Terry says the likelihood of home prices declining over the next year or so is very low. Speaking specifically of the South Florida market, although prices are still rising and inventory is relatively flat, the housing market is in a period of stabilization. Since there is a need here for more inventory, the risk of declining seems to be minimal.

In those parts of the country affected by the coal, oil, and natural gas industries, those areas which are economically sensitive, Terry says there is evidence of some softness in housing prices.

One thing to remember is that because many people coming out of the last recession who received loan modifications that have now reached their time limits, you may see a bit of an increase in short sales if those individuals haven’t

been able to build up enough equity in their homes to be able to sell.

Terry interjects that of all the best areas for real estate investors to invest, Florida again dominates the top 25 list. These are the places with the largest year-over-year rental rate increase.

A recent and frequent topic of discussion among realtors and their clients has been the idea of multiple offers coming in for a single property. Terry offers some useful tips for negotiating these multiple offers:

As an agent, Terry says, “you’re not allowed to discuss motivation, unless the seller allows you to do so. Getting that kind of information may be difficult. It’d be great if you have it, but that’s all part of the negotiating.”

That being said, a good real estate agent can make the negotiations much easier. After all, experience counts.

Steve Pomeranz: It’s time for Real Estate Round-Up. This is the time every single week we get together with noted real estate agent Terry Story.  Terry is a 27-year veteran with Coldwell Banker located in Boca Raton, Florida.  Welcome back to the show, Terry.

Steve Pomeranz: First question of the day: What is the likelihood, as your industry calculates, of home prices declining over the next year or so?

Terry Story: Actually, it remains very low. It’s only at 4%, according to the fall 2016 Housing and Mortgage Market Review published by Arch Mortgage Insurance Company.  That risk has actually been declining.  A year ago, it was at 6%; two years ago, it was as high as 13%; so right now we’re at 4%.

Steve Pomeranz: Haven’t we been seeing some softness in housing prices recently, in our area, or not?

Terry Story: What I see more than anything else in our area is more of a stabilization.  Prices are still rising.  Inventory is relatively flat.  We definitely need more inventory, so I guess that the risk of declining seems to be minimal.  Unlike some other areas, Steve, you take, for example, the energy-extraction states where you’re talking coal, oil, natural gas, those states are at a much higher risk than what we’re experiencing for most of the United States and even here, in my particular market area.

Steve Pomeranz: It’s going to depend on whether you’re in an area that’s economically sensitive. Obviously, states, counties, that are mining coal or natural gas or fracking with oil prices so low and coal being so out of favor, those are going to be suffering economically and housing prices will reflect that.  I think the bottom-line here, in this report, is that two years ago, there was a 13% chance of prices falling; last year, there was a 6%; now there’s a 4% change.  Really, any word or article that you read that speaks to the coming bust of the real estate bubble, it’s hogwash. There is no real estate bust.

Terry Story: The only thing that I have playing in the back of my mind, Steve, is that a lot of people refinanced their mortgages. They got, or I should say, loan modifications, coming out of the recession that we experienced.  A lot of them have time limits on them, and a lot of them have 5 years, will modify.  For example, your payment was $2,000, and they brought it down to $1,500 for 5 years.  For some folks, they may have a hard time because they didn’t build enough equity in this period of time to sell their house.  I’m just afraid that we might see a little bit of an increase in short sales here.  I don’t think it’s going to be anything large and wide, nothing like we had experienced, but I am concerned buying hydrocodone online safe about that segment of the market, that really you don’t hear much discussed about it.

Steve Pomeranz: I hadn’t heard that at all, but it makes total sense.  If you think about it, if someone was having difficulty paying their mortgage and they went into the bank, they got a loan modification and the bank reduced the mortgages. They don’t do that for the life of the loan; they do it for a period of time.  If that period of time is expiring and that person really is not in any better financial shape, they’re going to be back in trouble again.

Terry Story: Maybe they’ll do a re-modification.  I really don’t know.  It’s just something that I keep playing in the back, in my mind, that makes me think …

Steve Pomeranz: Where in the real estate world will investors find the best return?  What cities?  What states?  What can you tell us about that?

Terry Story: Well, we’ve got some great areas in Florida, yay.  You know how I love to talk about Florida.  Florida dominated the top 25 list.  We’re either on the top, or we’re on the bottom.

Steve Pomeranz: We’re either the best, or we’re absolutely the worst.

Terry Story: We’re never in between.

Steve Pomeranz: A great place to invest, or where the most scammers live, right, …

Steve Pomeranz: Yeah, they got killed.

Steve Pomeranz: What are we actually measuring here, when we’re talking about best places to invest?  If I’m investing and I’m getting rentals, does it have to do with the rental?

Steve Pomeranz: Increases, so with …

Terry Story: That means the demand for rentals is increasing and the landlord can ask more each year.

Terry Story: If you’re doing that, it also makes me believe that the value of the home is rising.

Steve Pomeranz: It does.

Terry Story: If you were to sell, you’re going to sell it for more money than what you bought it for.

Steve Pomeranz: Let’s go on. We’ve talked in quite a number of weeks about the fact that houses now, many homes, are getting multiple offers.  You’ve given us 12 tips for negotiating multiple offers. We’re not going to get through all of them, but give us some of your favorites.

Terry Story: Sure, Steve. This is so common. There are so many different things that you can do as a buyer to make your offer the most attractive.  First, offer an increased amount of earnest money. That’s relatively easy.  Instead of putting down $1,000, put down $10,000, $20,000, up front, with your offer.  Send it with a verification of your deposit money, a bank statement, showing you actually have it.  Here’s another one I like: Give the seller a chance to move.  Allow the seller to remain in the house for a couple of days after closing.  That seems to be very attractive to some people.

Go in strong.  Don’t mess around.  Good offer, short closing.  Don’t include contingencies, like the sale of your property, things like that.  Don’t ask for the world.  Don’t ask for a variety of home warranties and termite bonds.  These are things you can do to enhance your offer.  Don’t ask the seller to pay part of your closing costs.  You see that a lot of times.  Then, if you can, and this is somewhat difficult, but ideally, if you could find out what really makes this seller tick, what’s his hot button?  Is it length of time he’d like to remain in the property?  That would put you in the upper-hand in negotiating, but that’s sometimes very difficult to find out.

Steve Pomeranz: At what point can the realtor come in there and, from their interview with the sellers and their knowledge of the markets, give the buyers some advice as to maybe what the seller perhaps is looking for?  Is that a part of the realtor’s job?

Terry Story: No, technically, you’re not allowed to discuss motivation, unless the seller allows you to do so. For example, if you know something that the seller says, “I want to move in 6 months,” it’s up to the seller whether or not you can share that information. Getting that kind of information may be difficult. It’d be great if you have it, but that’s all part of the negotiating.

Steve Pomeranz: What about speculating on the part of the realtor?  You’ve been doing this a long time. You may have had no discussions with the seller at all on this, but certain things seem to be obvious to a trained eye. Is that part of the process?

Terry Story: It’s really touchy because we work as transaction brokers.  We have to be fair to all parties. One of the items is motivation. Some things are as obvious as day. There’s only one set of clothing in a house, instead of a man or woman’s.

Steve Pomeranz: There you go. That’s what I’m talking about.

Terry Story: I think the buyers, they go through enough houses. They catch on fairly quickly. We can’t ask.  I can’t really assume and I really can’t ask.  If the buyer wants to assume that and base his offer, based on what he thinks, we can go with that.  As an agent, we’re not allowed to reveal motivation, unless it was granted permission to do so.

Steve Pomeranz: Well, the words of an ethical broker. Nice to hear. This ethical broker that I’m speaking with is Terry Story. Of course, she’s a 27-year veteran with Coldwell Banker and she can be found at terrystory.com.  Thanks, Terry.