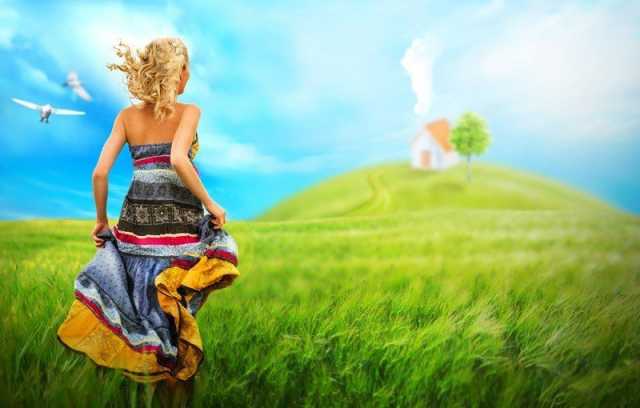 Terry’s topics this week include the all-important credit score that banks consider before granting a mortgage. Instead of the old automated process, a new kind of software allows for “trended credit data” which pulls payments you’ve made from the past two years to see, not only if you’ve paid on time, but how much of your balances you actually pay. Mortgage lenders are looking at patterns that give them a predictive feature to determine whether or not you’re a good risk.

Changing topics, Terry comments on the fact that, overall in our country, lot sizes are continuing to shrink, mostly due to high population density, since many people choose to live close to work and schools.  Even retirees often opt for living in cities and more crowded residential sections which allow them the ease of walking to most places. If you long for wide open spaces, large expansive properties do still exist at reasonable prices, but those tend to be in more remote areas.

Terry’s Real Estate Survival Guide topic concerns a question that was submitted from Gary Singer of the Sun Sentinel. The reader asked a question regarding the responsibility of a homeowner to pay a portion of a fee levied against the homeowner’s association for a code violation. Regardless of the circumstance and its relevance to any particular homeowner, all members are held equally responsible and must share in any such expenses. It’s all for the good of the community in which you chose to live, says Terry.

Steve Pomeranz: It’s time for Real Estate Round-up.  This is the time every single week we get together with noted real estate agent Terry Story.  Terry is a 27-year veteran with Coldwell Banker located in Boca Raton, Florida.  Welcome back to the show, Terry.

Steve Pomeranz: You know, I understand that the banks are changing the rules a little bit on how they measure your credit in order to give you a mortgage.  Tell us about that.

Terry Story: That’s right, Steve.  Up until now, they evaluate a buyer’s potential standard credit by looking at an automated process.  They take into account how much you owe, who it’s owed to, and if you make your payments on time.  Now, this revised software’s going to rely on what they’re calling a trended credit data, which is going to be pulling payment records from the last 24 months to determine not only if you pay on time, but how much you pay towards your credit card balances.  In other words, they’re looking to see that you’re making more than that minimum.

Steve Pomeranz: The idea basically is that as the gathering of data grows and they’re able to apply more statistical analysis to it, they find different aspects of our financial life that can predict, or have predictive natures, or predictive features.  They’re saying, “Hey, we realize that if we can see who is paying off their loans at a faster rate and doing it consistently over time, we can assign maybe a higher credit rating to them, and we feel more comfortable about giving them a mortgage.” This is a new wrinkle.  We haven’t seen this before.

Terry Story: That’s right.  I think this is a good thing.  I don’t think it’s necessarily going to penalize those that only make the minimum payments because, for some, that’s all they can do, but certainly you get the extra credit if you go the extra mile.

Steve Pomeranz: Very good.  Let’s change topics here.  I understand that lot sizes of new homes now are the smallest on record.  Tell us about that.

Terry Story: The lot sizes are continuing to shrink.  The median size lot is under 8,600 square feet for the first time since they started doing these censuses.  For example, the Pacific division, where densities are high, in areas like California and what have you, land is scarce.  Their average is .15 of an acre.  They’re the smallest out there.  Of course, every area is different.  For example, let’s say the south Atlantic states; they’re .20.  You look at New England, and they’re at .51.  There’s a lot of rural land out in New England, and I guess they have larger lots and areas that they’re building.  This is referring to new homes.  We’re not talking about necessarily homes that are already in existence.

Steve Pomeranz: Of course, but the idea basically is that in many areas, they’re running out of land, and they have higher concentrations of people, so they have to make the lots smaller and smaller.

Terry Story: I never really sat and analyzed this, but I know around here, our lots are small.

Steve Pomeranz: I mean, you’ve got the zero lot line, which is basically zero, I guess.

Terry Story: Right.  You can stretch your hand out and touch your neighbor.

Terry Story: Yeah, we don’t have a lot of new construction in our area.  We do further north, and the further north you go up in Florida, and west …  If you go too far west, you’re in the middle of the Everglades, and we can’t actually build homes in the Everglades.

Steve Pomeranz: No, but you can get a very large lot.

Terry Story: You can definitely get more land the further north and west you go, but, in this area, there’s not a whole lot of new development.

Steve Pomeranz: Yeah, I was talking about the Everglades.  You can get a big lot there.

Terry Story: In the Everglades, you can have a lot of land.

Steve Pomeranz: To share with the alligators.  All right, so there are some statistics about baby boomers, once again, that you gave me a report that says, “Get ready.  Get ready for a baby boomer sell-off.” What’s what mean?

Terry Story: We know that age does matter, and there’s an estimated six million homeowners nearly, or nearly as many renters preferring to move again.  At some point, what they’re saying, that a lot of these homeowners are going to be turning to the rental market.  As they age, they don’t want to take on the responsibility of keeping up with the house and the responsibilities that go with it.  Another real big reason for it is affordability.  They want the amenities, and they want to downsize from the homes that they’re currently living in.

Another interesting part of the survey is saying that a lot of the 55 and older—I’m assuming they live maybe not in the cities—but they want to be in an area that’s a more walkable community, where they can get to shops.  I guess as you’re unable to drive, it’s more advantageous to be able to walk to different places.  It looks like they’re turning to the rental market.

Steve Pomeranz: That makes sense.  I could definitely understand that and see that.  The only caveat that I would add here is, I’ve been in the investment arena for 35 years and I’ve seen a lot of studies which look at demographics.  A big demographic, of course, that is continually analyzed are the baby boomers.  I will tell you that a lot of these predictions do not pan out, even though baby boomers do represent, let’s say, the large buying power when it came to houses, as they were building families and the like.  Nevertheless, they’ll say, “Look out, because once the baby boomers are out of the stock market, or whatever they’re doing, it’s going to hurt,” but it never happens.  There’s another contingent that comes up, whether it’s millennials or something that’s unforeseen that balances it out.

Terry Story: Things change, and I thought everyone in the whole United States was coming to South Florida, and they’re not all here.

Steve Pomeranz: No, and that’s a good thing.

Terry Story’s Real Estate Survival Guide is one of my favorite segments, and we have today “Ask a Real Estate Pro.”  “All owners will have to pay for HOA’s mistake.” This is from Gary Singer of the Sun Sentinel Correspondent.  The question is, “I live in a community with a homeowner’s association.  The board hired unlicensed workers to paint and replace fences.  The city then cited our association with a code violation and a fairly substantial fine.  There is also the expense to fix the issue.  The board members want to pass the fines along to the homeowners who live close to those fences.  Can they legally do this, and are the board members individually liable?”

Terry Story: Well, you know, the fence maintenance is an association responsibility, but what’s wrong here is that you can’t just single out homeowners that live closest to the fence.  When you’re a homeowner’s association, everyone will have to share in those expenses of fixing that fence, and, unfortunately, paying the fine.  Not just those that are closest to it.  Now, in order to hold board members liable as individuals, you’re going to have to provide that they deliberately acted in bad faith.  Quite honestly, that’s a hard road to be able to prove.  Did they act diligently in good faith to protect the personal property?  It’s probably not a good way to go.  It’s not going to work.

Steve Pomeranz: In this case, they were trying to get it done as cheaply as possible.

Terry Story: Right, for the good of the community, and they got caught, and now everyone’s going to have to pay the fine.  That’s basically the bottom line.

My guest, as always, is Terry Story.  Terry’s a 27-year veteran with Caldwell Banker located in Boca Raton, Florida, and she can be found at TerryStory.com.