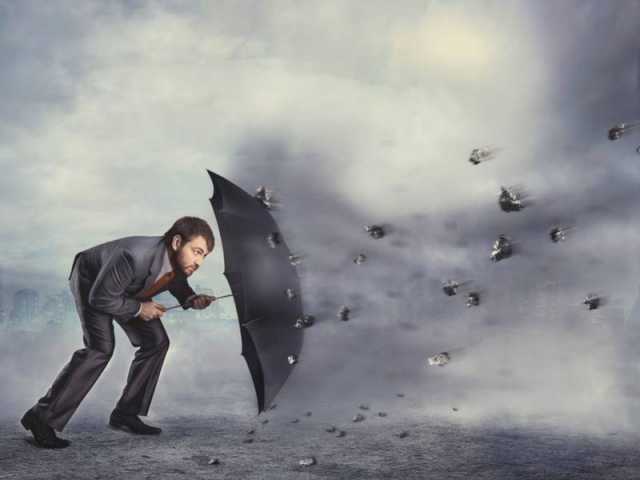 With a focus on Florida, Steve and Terry look at the single family home rental market, new building of rental units, the relationship between wages and the housing market, and insuring your home against “acts of God” natural disasters.   Rents for single-family homes have risen sharply over the past few years and show no signs of slowing down as demand far outstrips supply.  This stands in contrast to the condo and apartment rental market, where supply is starting to close the gap with demand.  Terry says she’s seen a lot of new condo and apartment buildings going up in South Florida in response to the tight and, therefore, more profitable rental market, she wonders if this will result in too much inventory and a lot of empty rental units.  Coupled with slow wage growth, an abundance of expensive rental properties will benefit neither renters or property owners.

Steve takes this line of thought a bit further by noting that soft wage growth could help trigger a tipping point where rents start to decline.  In this scenario, renters become more empowered by having more choices across a wider price range.  As far as predicting when that might happen, Terry admits she doesn’t know, but “everything has its season.”  As far as the single family home rental market goes, Steve wonders why developers aren’t building more of these properties.  There’s not enough land in Southeast Florida, Terry answers, and Steve admits that’s probably true.  He thinks the area needs more homes being built while interest rates are low and stable.  He adds that owning is cheaper than renting at the moment.  Terry agrees but points out that real estate always has a local market dynamic.  Big metro areas like Chicago, Detroit, Indianapolis, St.  Louis, and Baltimore have very high vacancy rates, which works in renters and buyers favor.

Steve brings up an important quote from the “Factors for Growth” report that he and Terry were perusing before the show: “A strong labor market will drive a strong housing market.”  It’s not possible to have an enduring strong housing market without a strong economic foundation. The key word here is “enduring,” as we saw what happened when a sizzling housing market derailed in spectacular fashion thanks to consumers and banks getting over leveraged.  Economic recovery has been uneven across the country since the 2008 crash, with just 70 counties accounting for over half of those new jobs.  For job seekers, it might be wise to do some research and contemplate hitching your wagon and relocating.

Hurricane season started on June 1 and it’s a good time to review your home owner’s insurance or specific policies covering natural disasters.   It’s imperative to understand what kind of coverage you have and what your premiums and deductibles are.  For folks living in hurricane-prone states, you should look at your windstorm deductibles, flood insurance deductibles (if you have coverage at all under a state-subsidized plan), and premiums.  Many people opt for a low deductible, but this is generally too expensive in light of the benefits it provides.  You should not need insurance to cover a loss in the low thousand dollars.  Insurance should generally not be thought of as a way to manage maintenance and wear-and-tear kind of expenses.  A higher deductible will lower your premium and, in most cases, offer you all the coverage you’d need for a major disaster.  Granted, some people will have a hard time paying off a high deductible, but this is a good use of the emergency fund you should have.  Those lower premiums will save you a lot of money in the long run, whether disaster strikes or not.

Steve Pomeranz: It’s time for Real Estate Roundup. This is the time every single week we get together with noted real estate agent Terry Story. Terry is a 28-year veteran with Coldwell Banker located in Boca Raton, Florida. I was going to say sunny Boca Raton, Florida, Terry, but it has not been very sunny lately.

Terry Story: No, no, no. Good weather for the ducks.

Steve Pomeranz: Exactly, so what do you have for us today?

Steve Pomeranz: Yeah, I kind of knew that. I keep hearing, in my own practice, how rents are going up, up, and up and everything’s so expensive.

Terry Story: I know it’s crazy, but there’s really one hitch to all this. The new rental housing developments that are out there. They’re competing with existing rental stock, while renters’ wages and growth could potentially begin slowing things down. So, basically, you’ve just got a bunch of stuff being built.

And a lot of things, when they start building buildings, they did this like a year ago, two years ago. And I don’t, I just, even in our own market, Steve, I see all these buildings going up. I’m not sure that we’re going to be able to keep them filled with renters.

Steve Pomeranz: I agree. I agree. But what you’re saying is that there’s a strong possibility that supply will outpace demand, and if wage growth doesn’t keep pace, then maybe rental rates will start to soften. And is it possible that it will turn from a rental market or an owner’s market, renting, to a renter’s market where renters have more price power over the rent that they pay.

Terry Story: You know it could and we may see that. It’s like anything else. Everything has its season.

Terry Story: At some point, I mean we’ve seen it in the past, so there’s no reason to believe that it won’t happen in the future. When I look out right now, if you’re looking, just talk about just single-family rents, homes versus the condos.

Those prices have been rising really quickly. There’s a real shortage of single-family homes. We’re talking about the apartments and the condos. We’re seeing a lot of buildings being built.

Steve Pomeranz: Yeah, why aren’t they building more single-family homes? That’s the question because interest rates have been very stable.

Steve Pomeranz: That’s true. Well, there’s still a lot of land in our area in Florida that’s west and north, I guess.

Terry Story: North, you go west you’re with the Everglades.

Steve Pomeranz: Maybe we are running out of land to some degree, but we need more homes being built because interest rates have been stable for so long. The mortgage rate is still under 4%, home prices have been raising but it’s still more affordable to buy now then it is to rent.

Terry Story: That’s right, and if you look at areas, Steve, with the highest vacancy rates you are looking at Chicago, Detroit, Indianapolis, St. Louis, Baltimore.

Don’t know why, but they have real high vacancy rates. So, like anything else real estate is local, so when we talk about this you might be in your local area not seeing it and in other parts of the country they are seeing it.

Steve Pomeranz: Under factors for growth presentation that we were looking at together, there’s a statement here that really drove home to me.

70 counties, so you know what? Find out what those counties are and go there.

Steve Pomeranz: How about at home? Who’s doing all the cooking and the shopping?

Steve Pomeranz: Well, Terry, getting back to this weather issue, we’ve had for the last week, I think, is going to continue as well.

It reminds all of us here that hurricane season is approaching, so it’s time to review your insurance.

Terry Story: That’s right, June 1 is when we started hurricane season. And really it’s important for everybody to look at your deductibles. It’s a good reminder to say, hey, let’s take a look at our coverage.

So, when you’re looking at your coverages, what can you really afford? What’s the best way for you to carry that insurance?

Steve Pomeranz: I will say that when it comes to insurance, especially insurance that covers a big loss, you really should have a higher deductible. You should use that because it’s really not for the nickel-diming stuff.

It’s not for something that happens for $500 or $1,000, it’s for the big stuff. And over time you’re better off paying a smaller premium.

Terry Story: You’re going to, in my option, see more money going that route than paying a higher premium for, you know, because, again, it’s insurance.

Insurance is in case. Doesn’t mean we’re ever going to have a hurricane again. It’s just an insurance policy.

Steve Pomeranz: Well, I also advocate throwing all your lawn chairs into the pool and making sure that [LAUGH].

Terry Story: [LAUGH] You protect your patio furniture. And then there’s the old duct tape.

Steve Pomeranz: Yeah, duct tape. Do not use duct tape, I don’t know where that ever came from, but that’s a very dangerous thing for anybody to do.

Steve Pomeranz: No, it does not work and it’s so hard to get it off once you’re done. My guest as always is Terry Story.

Terry is a 28-year veteran with Coldwell Banker located in Boca Raton, Florida. And she can be found at Terrystory.com. Thanks, Terry. 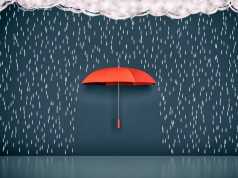 How Much Life Insurance Do You Really Need? 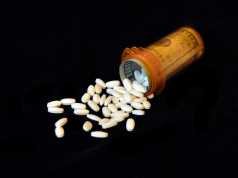 Higher Drug Prices Got You Down? Lower Prescription Costs With These Easy Tips

Buying Life Insurance Is About To Change Dramatically