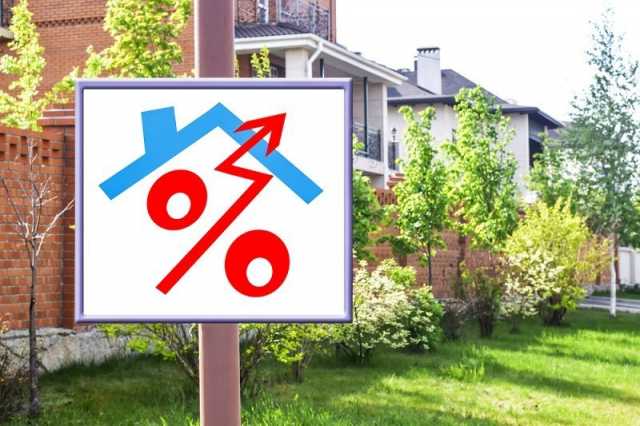 This week’s conversation with Coldwell Banker real estate agent Terry Story touches on a variety of cross-currents affecting the housing market, including rising prices, confusion among first-time buyers over minimum down payments, low inventory, and the possibility of stronger single family home building and the dynamics that stem from pricing homes above or at market levels.

While home sales grew and prices continued to rise last year, there are signs that demand might be topping out.  By the end of 2016, only 55% of non-home owners believed that now was a good time to buy a home, down from 63% at the beginning of the year.  With mortgage rates inching up, the perception of the market as too expensive may be gaining legs.  This view contrasts indirectly with the fact that 90% of homeowners last year were confident that owning a home was a key part of the American dream.  To what degree this confidence is rooted in the strong price appreciation accompanying this housing market recovery is up for speculation.

Delving further into this story, Terry reports that home prices and rents are up over 40% during the past 5 years, rapidly outpacing wage growth.  The combination of high prices, high student loan debt, and limited supply of entry level houses on the market are conspiring to put a damper on first-time homebuyers.  These dynamics, as well as the faster growth of rent prices, has steered builders towards apartments rather than standalone homes in recent months.  Nevertheless, Story is optimistic that low inventories and the fact that rents and mortgages are nearing parity will start to galvanize new home building.  An expanded supply of new homes should help correct the affordability problem to some degree and would be welcome for that reason.  An interesting metric that Terry shares is that a greater than six-month supply of homes for sale indicates a buyer’s market, while a less than six-month supply signals a seller’s market.  Terry’s South Florida market is currently running at about a four-month supply, which is favorable to sellers.

One area of confusion among new homebuyers is the question of down payments.  Many believe that they have to come up with 10% or 20% of the home’s value and despair over being able to save enough to meet that number.  Terry reminds those new home buyers that they may be able to purchase a home with as little as 3% down.  With a lower down payment comes PMI (private mortgage insurance) and that adds to the total cost (but not the closing cost) of the mortgage.

How to Price a Home

Steve and Terry wrap up their conversation by looking at the effect that a home seller’s asking price has on potential buyers and their bidding.  Terry offers a simple hypothetical example of a homeowner with a home that they hope to sell in the $300-325K range.  If they list the house for $300K—a price Terry describes as “right at where the market is”—they are likely to get a surge of interest from potential buyers and oftentimes a competitive bidding situation will arise, pushing the price up towards $325K or more.  On the other hand, if the house is listed at $325,000—which is more aligned with where the market is heading—interested buyers should still show up, but there will be fewer offers and, in all likelihood, they will not bid the price up beyond its listing price.  Having multiple offers is always a better situation for sellers as it affords them some leverage to ask for a bigger down payment or other concessions.  Steve wonders whether there are pros and cons to listing a house at, say, $299,900 instead of $300K, and Terry replies that it absolutely does matter for one main reason: the way people search real estate websites, which is usually based on whole numbers like $200K, $300K, etc.  A simple mistake easily avoided.  Now you know!

Steve Pomeranz: It’s time for Real Estate Roundup.  This is the time every single week we get together with noted real estate agent, Terry Story.  Terry is a 28-year veteran with Coldwell Banker located in Boca Raton, Florida.  Welcome back to the show, Terry.

Steve Pomeranz: There’s some new survey and some information about what may be holding back buyers and whether their feelings are real or imaginary.

Terry Story: Sure.  Well, I’ll tell you, 2016, the existing home sales increased 3.8% which hit a ten-year high, but we still have affordability pressures, student debt, the possible down payment confusion, all kinds of different things going on.  Statistically, over 90% of the current owners, which would be about eight out of ten non-homeowners, indicated that owning a home is still part of the American dream.

Steve Pomeranz: Before you go on, there was always that question as to whether this was something that could constitute the American dream.  I guess, during the crash, the real estate crash, those numbers have fallen, but they’re now back up to 87%.

Terry Story: They’re feeling the love.  Despite these positive feelings, optimism about it being a good time to buy is starting to diminish among those non-homeowners.  The percentage share who believe it’s a good time to buy has declined from 63%, which is what we had in the first quarter of 2016, to about 55% fourth quarter last year.

Terry Story: That’s right.  Any seven percent of those non-current homeowners want to buy a house. I don’t know if you realize, but the high rents and home prices are up 41% in the past five years, so that’s significant.

Terry Story: Along with limited entry-level supply of homes for sale and having to pay back student debt, those two things combined have created a lot of challenges.

Terry Story: I know.  If it’s not the college debt, it’s…I don’t know, putting your parents into a senior home.

Terry Story: You know, Steve, remarkably, about 87% of non-homeowners believe that their required down payment is ten percent.

Terry Story: These young millennials who are trying to pay off this debt and trying to save money towards purchasing a home, they think they need ten percent, some people even think 20%.  The reality is, you can put as little as three percent down.  Now, when you put less money down…let’s say you do put three percent down or even for that matter ten percent, you have what’s called the PMI Insurance, that makes it a little more costly.  At the same time, you don’t have to endure years of trying to save money to put as a down payment.  You can buy your home, assuming that your income-debt ratios are strong enough, sooner than later.

Steve Pomeranz: All in all, home prices have continued to rise.  As a matter of fact, home prices have risen 5.3% because of the solid demand and tight supply.  There’s some interesting information; there’s a quote from Svenja Gudell, the Chief Economist at Housing Data provider Zillow. He said that “Some relief from higher prices may be on the horizon, rising mortgage rates, a leveling off of rents in many cities could cold demand for homes in coming months.” He also said, and I think this is the point I wanted to get to, that, “If rents costs are flattening, this may encourage developers to build more single-family homes.” It seems to me that this may be the very beginning of a leveling off of all these rental units that we’re seeing being built all over the country and maybe more concentration on single-family homes.  That would improve the supply which may make it more affordable.

Terry Story: That’s right.  That’s right.  That would be a welcoming sight because our inventory levels really are low just in my local area.  Anything less than six-month supply, that’s the ideal, anything less than six-months is a seller’s market.  Anything greater than six months is a buyer’s market.  A lot of the little markets that I’m working in, we’re at four-months worth of inventory. I’m selling homes in 30 days or less, assuming they’re priced right.  Not all homes sell in 30 days.  It is a function of price point and how you have your house priced in comparison to the competition.

Steve Pomeranz: From time to time we talk about what’s going on in your world.  I’m always curious to find out how you’re recommending that people price their homes today, whether the market is tight enough, and it is that much of a seller’s market, that people are getting more than they’re asking, less than they’re asking.  What are you finding right now?

Terry Story: Assuming that it’s priced right, you don’t need a lot of room to negotiate.  Let’s just for simplicity say, a home, you put it on the market for 300,000 and it’s worth in the low three’s. You have a couple of price points you could put it at.  You could put it at three and a quarter, which you would get a healthy amount of people coming to look at it, or you can put it at 300 which is priced right at where the market is.  By pricing it at 300, you’re most likely going to have a rush of buyers looking at that house because 300—any of the whole numbers are critical cutoff points—so if you put it at 300 you very well may get multiple offers and bid that number up.  If you put it at three and a quarter, you’re probably going to end up selling it at the same price you would have.

Steve Pomeranz: You won’t get as many offers.

Terry Story: You’re not going to get as many offers.  The more offers that you have, the stronger it is for you as a seller because you get to pick and choose.  Then when you’re in a situation where there are multiple offers, you can put a little bit more demands on the buyer, say, “Hey Mister Buyer, I want a little bit more down payment money.”

Steve Pomeranz: I have a question for you.

Terry Story: I hate that.  The reason why I hate that is, most consumers are starting their home search on the internet. They go on whatever site that they look at and everything’s in a price category.  They may run it from 250 to 300.  Well, if you’re at 300, they’re going to start at 300 and go to, say, 350.

Steve Pomeranz: Yeah, so you’re not going to be-

Steve Pomeranz: Yeah, I got you.  That’s so silly, though.

Terry Story: It is silly.

Steve Pomeranz: I mean, that one little, that penny, can make such a big difference-

Steve Pomeranz: – or whatever.  Right?

Terry Story: It does.

Terry Story: I personally prefer the whole numbers because of the way that people do their home searches.

Steve Pomeranz: All right, good advice from veteran real estate agent, Terry Story.  Terry is a 28-year veteran with Coldwell Banker located in Boca Raton, Florida.  She can be found at terrystory.com.  Thanks, Terry.