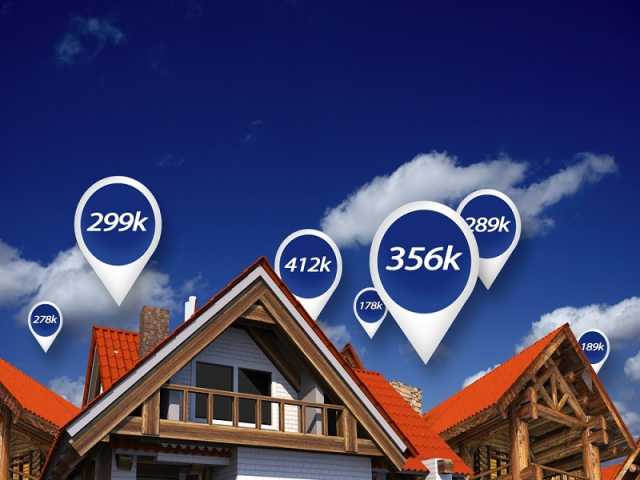 In this week’s Real Estate Roundup, Steve spoke with Terry Story, 31-year veteran at Keller Williams Realty, about how low-interest rates are significantly shrinking the already dwindling home inventory, creating upward pressure on home prices. Steve and Terry talked about what this all means for home buyers and how to avoid unnecessary problems that can occur by asking the home seller to handle minor repair issues.

Inventory in the housing market is getting tighter and tighter. The “canary in the coal mine” in this scenario is the historically low mortgage interest rates. These low rates are producing more prospective home buyers. This increased demand for houses is choking the market, leaving less and less inventory, especially in the low to mid-price range (around $200,000 to $700,000).

At the moment, the basic supply and demand equation is creating demand but not much supply. Terry and Steve have recently talked about the trend among baby boomers to hold on to their existing homes rather than doing the traditional downsizing around retirement time. The net result is that home prices are starting to creep up.

Why Interest Rate Can Be More Important Than Price

Interest rates had increased to around 5% in the fourth quarter of 2018, but mortgage rates are now under 4%. Many people say they’re going to wait to buy a home because prices have gotten too high. But you need to remember how important your mortgage interest rate is in respect to the actual price of the home.

When you finance your home, you should consider affordability rather than just the absolute price, since the mortgage interest rate determines affordability. With a 7% interest rate, for example, you might be able to only afford a $250,000 house, but with rates just above 3%, you could possibly afford a $500,000 house because those significantly lower rates bring down that monthly mortgage payment. Even though home prices are getting pushed up by the low home inventory, these really low mortgage rates mean that you may be able to get a good deal now. Waiting for lower prices to come about might not be your best option. It can be cheaper to buy a higher-priced home with a low-interest rate than buying a lower-priced home with a high-interest rate.

Just a quick note about home inspectors and the repair issues. An inspector who comes out to check out your home will likely discover some necessary repairs. A good rule of thumb is if it’s less than $100, let it go. Instead of insisting that the seller pays for the repairs, take care of it yourself. It’s not worth creating roadblocks to closing the deal over minor issues. The only things you need to make an issue of are genuine structural problems.

To get more of the benefits of Terry’s expertise, whether you’re a home buyer or a home seller, check out Keller Williams today!

Steve Pomeranz: It’s time for Real Estate Roundup. This is the time every single week we get together with noted real estate agent Terry Story. Terry is a 31-year veteran with Keller Williams located in Boca Raton, Florida. Welcome back to the show Terry.

Terry Story: Thank you, Steve. Look forward to being here with you.

Steve Pomeranz: Terry, so the market is…. inventory, we always talk about inventory, and inventory is getting tighter-

Steve Pomeranz: And tighter and tighter.

Terry Story: It’s like choking us. We talk about the canary in the coal mine.

Steve Pomeranz: What is the canary in the coal mine in the real estate business right now?

Terry Story: In the real estate world, what we’re talking about is historically low-mortgage interest rates, increased buyer demand. So what that’s doing is just choking the market where we have less inventory, lower levels of inventory, especially in the lower price range. In the mid-price range, and again-

Steve Pomeranz: What are those numbers? What is lower?

Terry Story: They will tell you, and this is national numbers, so under 200 would be a low and then two to seven they consider mid on a national level.

Terry Story: So we’re seeing downward pressure also on that, that mid. And it’s truly because interest rates are extremely attractive and demand is still there.

Terry Story: Well, you know, what we saw was, actually in the beginning of the year we started, we thought we were like slipping into like a shift.

Terry Story: To contraction or growth to stability.

Steve Pomeranz: They did actually pretty significantly in the fourth quarter of 2018; they climbed pretty dramatically.

Terry Story: Correct. So that we saw that effect.

Steve Pomeranz: And they’re slow to react. You know, the rates are based on the yield of the 10-year Treasury.

Steve Pomeranz: But mortgage rates are like, they’re stuck in the mud. They take a much longer time to adjust downward. And so, watch for those, watch for the rates on the 10-year, maybe the two-year Treasury is fine, as well, but do not look at overnight rates. Do not look at the what the Fed funds rate or anything like that.

Steve Pomeranz: Because that’s a very volatile rate, a lot of guessing there, and a lot of just supply and demand on a short-term basis for money overnight. Long story short, if you’re looking at mortgage rates, go online, ask what the yield on the ten-year is and chart that and you’ll see where things are.

Terry Story: And you know, interesting, Steve. Some people say to me, “Oh, going to wait to buy because prices have gotten too high.” If you look at the purchase prices, they are up there.

Terry Story: I mean we peaked and so many, many buyers will say, “Well, I think I’m going to wait.” I’m like, “Well, what are you waiting for because interest rates are so low.”

Steve Pomeranz: We’ve talked about that a lot.

Terry Story: Than it is to buy a house at a lower purchase price at a higher interest rate.

Terry Story: So pay attention to the interest rates. That’s what you should be following.

Steve Pomeranz: And I had never paid that much for a home. And it wasn’t expensive. I’m not saying it was like a, you know a big mansion or anything, far from it. But I had never paid that much, but when I did the math, my mortgage was like three and three quarters and it’s like, “Oh, this is affordable.” So I could do it, and I paid for it and I’m so happy that I did that.

Steve Pomeranz: I didn’t wait. What would I be waiting for anyway?

Steve Pomeranz: All right. So are you seeing bidding wars still? I mean the average home is, according to the statistics here as in August, the average home sold with an average of three offers. What about in the local market?

Terry Story: Well, in the local market, we do still see bidding wars. I actually just had one, it was a low-price condo. I had four offers on it. Interestingly enough, nobody went over asking.

Terry Story: So my price was attractive. Attractive enough to make four offers. The winning bid was 2,500 below.

Terry Story: Asking. So, yes, there are still bidding wars. And truly if it’s priced more aggressively you can actually bid up over asking.

Steve Pomeranz: Yeah. Well, we used to say that about six months ago or nine months ago, you were saying that.

Steve Pomeranz: As a tactic. I think that kind of softened up a little bit. But if the price is right. Now of those four, or the person that won, was cash a consideration?

Terry Story: Believe it or not, of the four, one was cash and that was the lowest offer.

Terry Story: So we didn’t even consider it.

Steve Pomeranz: All right. We talked a little bit about interest rates and why they move, and so I don’t think we have to really talk about that, but I think interest rates are, we know for sure they’re below 4%, three and three quarters, three and a half. If you have a 15-year loan, you’re in the low threes?

Steve Pomeranz: Which is pretty cool. But, of course,don’t forget your monthly payment is higher because you’re amortizing over half the period.

Steve Pomeranz: Yeah. Well, if you can afford it.

Terry Story: Well, I think so.

Terry Story: If you can afford to do it, or-

Steve Pomeranz: If you can afford to do it. Or put an extra payment down once a year.

Steve Pomeranz: And that covers almost the same thing.

Steve Pomeranz: The problem is that people who say they’re going to do that never do that.

Steve Pomeranz: So the idea about asset wealth creation with homes is that it’s forced savings because you’re going to pay your mortgage, you got to live somewhere, you got to pay the monthly VIG. Right?

Steve Pomeranz: And in that VIG, you’re paying down principal, and that’s creating some wealth for you. And that’s why people’s homes are very important.

Terry Story: Most expensive asset most people have.

Steve Pomeranz: All right. We only have a couple of, about a minute and a half left, but I saw an article about what buyers should not be asking sellers to do, and I just want to start this off with my favorite.

Steve Pomeranz: If the repair item is under 100 bucks, you know what? Don’t ask.

Steve Pomeranz: Go head, you take it from there.

Terry Story: You name it, you’ve got it.

Terry Story: Don’t even go there.

Steve Pomeranz: A cracked switch plate. You know a baseboard that’s got a stain on it.

Terry Story: Right. A little crack in it, lot of cosmetic.

Steve Pomeranz: In the driveway or something.

Terry Story: A hole in the screen. That’s another real popular one. It’s like a bird hit it and his beak went through it.

Steve Pomeranz: Also, however, if the crack is greater than a quarter of an inch, then you may have a structural thing going on.

Steve Pomeranz: So you want to be careful there.

Terry Story: You should probably explore that a little bit more.

Steve Pomeranz: All right. Well, we have to stop here. My guest, as always is Terry Story, a 31-year veteran with Keller Williams located in Boca Raton, Florida, and she can be found@terrystory.com. Thanks, Terry.