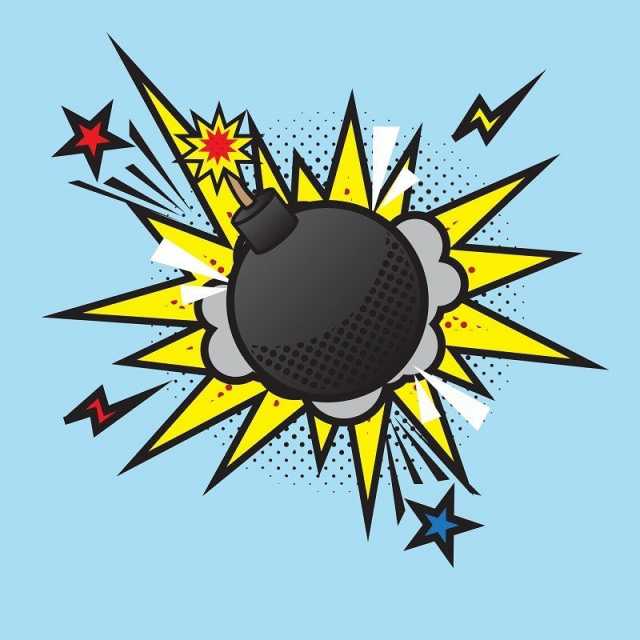 When the numbers come in, sometimes it’s good to pay attention, especially if you’re in the real estate market and the numbers in question relate to record highs.

Terry Story, our resident 28-year agent with Coldwell Banker, reports a 25% gain in housing starts, which is new construction. “That’s the highest level since August of 2007, according to the Commerce Department last week”, says Terry.  “This is actually the greatest percentage gain since July of 1982.”

In September of ’82, the Federal Reserve started to reduce rates which precipitated the great bull market of the ‘80s and ‘90s, and here we are coming into 2017 back at record levels.

The highest surge in housing starts has been with single family homes, up 10.7% of all new construction. In the South Florida market, this hasn’t been so apparent because there’s not much land on which to build, unless you go farther north and west. What is evident in South Florida, however, are a lot of home renovations, high rises, and rental units.

Although it’s impossible to know if this upward trend will last, Terry points out that historically these construction projects do have a certain amount of economic endurance. Throughout the process, building materials, furniture, and appliances, for instance, are being bought—an example of trickle-down economics at work.

Again, for the South Florida market, inventory remains low and prices remain high, which has created a state of stagnation since many properties just aren’t saleable; there’s little to buy at fair market value.

Interest rates may have a big impact on all of this very soon as we’re seeing rates on 10-year treasury notes increase, foreshadowing an uptick in home mortgage rates and making it more expensive to buy a home. On the other side, it may also bring home prices back down to a more realistic range for buyers.

For the next several years, the movement in the real estate market will most likely be defined by two diverse age groups: older millennials (between 25 to 35 years old) will be out there buying new homes as baby boomers (the 65-year-old age group) will be selling and then downsizing into smaller homes or rentals.

So lots of movement ahead in the housing world, according to all the data.

Steve Pomeranz: It’s time for Real Estate Roundup.  This is the time every single week we get together with noted real estate agent Terry Story.  Terry is a 28-year veteran with Coldwell Banker located in Boca Raton, Florida.  Welcome back to show, Terry.

Steve Pomeranz: Wow, there was a blast of real estate data that came in last week.  One of them that really caught my attention was that U.S.  housing starts surged to a nine-year high in October.  What’re some of the number behind that?

Terry Story: That’s great news.  In housing starts, we’re talking about new construction, Steve, so the groundbreaking projects jumped up 25%.  That’s the highest level since August of 2007, according to the Commerce Department last week.  This is actually the greatest percentage gain since July of 1982.

Steve Pomeranz: You know what’s interesting about that?  In September of ’82, the Federal Reserve, which had kept interest rates up to as high as about a zillion percent, started to reduce rates.  That started the great bull market of the ’80s and the ’90s.  It’s interesting that this goes back that far.  Also, it’s the highest level since the top of the market.  I don’t actually know when the top of the real estate market was, but I know the top of the stock market was around 2007.  It was all related to real estate and stocks and so on and the banking system.  All that being said, we are back at record levels here, in either case, whether you go back to ’07 or your go back to 1982.  Are you seeing that on the ground?

Terry Story: We do.  For example, in our marketplace Steve, single family homes, that has the largest share.  That’s up 10.7% of all new construction.  We don’t see it necessarily around the market area that I work in because there’s no land.  If there’s no land you can’t build homes.  We do see a lot of homes being completely re-renovated, etc.  A lot of the new single family home developments are further north and further west.  What we are seeing a lot of is the multi-family, high-rise condos, rental units.  We’re seeing a lot of that, especially in our downtown area.  I can see it just firsthand in and around our communities and in our neighboring communities, there’s a lot of new single-family homes going up.

Steve Pomeranz: The number of housing starts for multi-family homes and apartments in this report jumped 68.8%

Terry Story: That’s incredible and that’s hit the highest level since June of 2015.

Steve Pomeranz: What about permits for future construction?  We know what happened, what’s pointing to the future right now?

Terry Story: The permits, they’re showing .3% in October, 2.7% from single family homes.  There’s still growth in these numbers.  You have to finish building these projects first before you’re going to see more permits.

Steve Pomeranz: I think it’s all very positive for the economy.  Nobody can say if these trends will last.  I don’t think any trend that has a one- month jump of 25% is obviously going to last, but these projects and this kind of building have a certain amount of economic endurance.  Takes a while to build the projects; as people move in, they buy shades and draperies and furniture.  These things have a longer tail.  I would say that, in general, for the economy, this is very, very good news.

Terry Story: Absolutely, it’s the good old trickle-down economics, if you will.

Steve Pomeranz: What are you seeing in your market in terms of inventory?

Terry Story: It’s still the same, Steve.  We’ve got just low levels of inventory.  The buyers are there, but they’re not happy with their choices;  they’re sitting on the sidelines. You know the prices have been rising because of the shortage of inventory.  A lot of the sellers are just not realistic.  There’s a lot of property that is out on the market that’s really not saleable because it’s overpriced.  The buyers are sitting on the sidelines waiting for a well-priced home that they feel is fair market value.  When they see that, they pounce; the demand is definitely there.  We, actually, interestingly enough, because of the tight supply of housing in many of the market areas, we saw a stronger than normal price appreciation but also we’re seeing ample demand to handle this.  The sales prices are stronger than the growth in the GDP.  That’s all very interesting.

Steve Pomeranz: It’s kind of a little bit of worrying sign but it maybe means that prices are a little bit hot at the current time.

Terry Story: Correct.  I wouldn’t be surprised if we see a little bit of a pullback in that because when you start growing faster than the GDP then, you know?

Terry Story: In the short term.

Steve Pomeranz: It’s not possible, but let’s talk about interest rates because that is a new factor in all of these calculations in the last week actually since the election.  The interest rates on the 10-year treasury, which is what mortgages are based upon, went from about a 1.85, 1.9% to about 2.3% which is, let’s call it, a half a point rise in the 10-year treasury yield.  I think if we haven’t already started to see it, we’re going to start seeing mortgage rates tick up here.  That could make it more expensive to buy a home and could also put pressure on the sales prices of homes.

Terry Story: The other interesting factor, Steve, is you’ve got two big segments of buyers.  You’ve got your millennials and your baby boomers.  Ironically, the older millennials, they’re in their 25 to 34 age.  They’re actually our largest buying population.  This also ties in with a large number of these 30-year-olds. The baby boomers, the bulk of them are now turning 65.  You’ve got younger families trying to buy homes, and the baby boomers possibly moving to smaller homes.  The next several years there is a lot of demand from especially these two segments of the buying population.

Steve Pomeranz: Right, well, good time to be a broker.

Steve Pomeranz: It’s always a good time.  Terry, when is the best time to buy a house?

Steve Pomeranz: If I may ask when is the best time to sell a house?

Steve Pomeranz: My guest as always is Terry Story.  Terry is a 28-year veteran with Coldwell Banker located in Boca Raton, Florida, and she can be found at Terrystory.com.  Thanks, Terry.