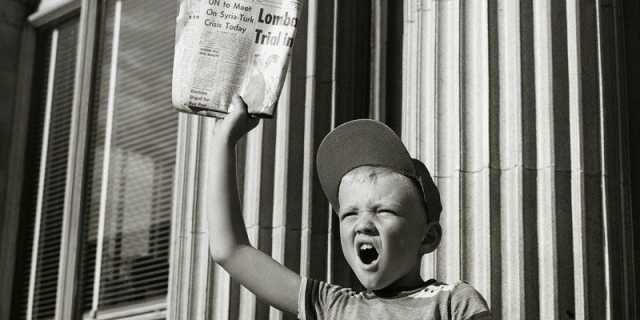 When talking shop, Terry always counsels that all real estate is local. And so speaking of the South Florida market, one buyer’s positive is another seller’s negative.  A lack of inventory has created a sit back and enjoy the show moment for anyone with a For Sale sign in front of their house. Buyers, on the other hand, find themselves in a state of frustration with higher prices and heavy competition for a few desirable properties.

When it comes to the choice of either buying or renting today, Terry cites the Case-Shiller Home Price Index as showing that in some metro areas, such as Boston and New York, it’s better to buy, whereas, in Dallas and Denver, renting seems to be the smarter way to go for the moment. Again, it all depends on your location.

As for the luxury market (over $2.2 million), there’s been a decline both globally and nationally.  Even in Dubai, that area of glitz and extreme wealth, housing prices have tumbled by about 25% because of falling oil prices.

From the large and luxurious to the extreme opposite side of the housing scale are tiny homes, those of about 400 square feet.  These Lilliputian dwellings are a rising and growing trend appealing to students, millennials, and retirees.

For today’s slice of her Real Estate Survival Guide, Terry talks about a term known as “procuring cause”, which is the series of events taking place with a client that determines if the realtor is entitled to a commission on a sale. This often happens when a home seeker works with multiple realtors. Besides often resulting in an ugly situation that has to be arbitrated through local real estate boards, using more than one realtor is not a smart move for the buyer since, especially in the same community, all realtors have access to the same properties.

Steve Pomeranz: It’s time for Real Estate Round Up.  This is the time every single week we get together with noted real estate agent Terry Story. Terry is a 27-year veteran with Coldwell Banker, located in Boca Raton, Florida.  Welcome back to the show, Terry.

Steve Pomeranz: Hey, Terry, are sellers happy these days?  Are buyers happy?  Who is happy?

Terry Story: Who is happy?  Happy, happy, happy.  Right now, we have happy sellers and very frustrated buyers.  They did a recent home purchase sentiment index by Fannie Mae and, basically, the report indicates this: The homeowners are at an all-time high in their happiness as to it being a good time to sell.  On the reverse side, we have the buyers at an all-time low as their sentiment as to the market conditions.  What’s causing this is lack of inventory.  Lack of inventory is driving fewer choices for buyers, prices rising, being placed into multiple bid situations.  For a seller, they’re sitting back and watching the show and enjoying it.

Steve Pomeranz: They’re not really selling in mass, though.

Terry Story: No, they’re not selling in mass.  The numbers of sales, I think, are down.  I know the reason why the number of sales is down is because we don’t have enough inventory.  The demand is out there.  There’s plenty of buyers.  When I talk about this, Steve—real estate is local—so when I say this, this may not necessarily be true in your specific neighborhood or community.  On a national level, this is what we’re seeing.

Steve Pomeranz:  Terry, is it more advantageous to buy today or to rent?  We always have that discussion.

Steve Pomeranz: In different economies, in different locations, one may be better than the other.  What do you see?

Terry Story: Sure.  The Case-Shiller Home Price Index found that, nationally, homes have climbed 5.4% since March of last year.  What they’re saying is, on a national level in the study that they did, 16 of the 23 areas indicate that buying is a better way to go.  Again, it depends on where you’re located at. For example, the metro areas of Boston, Chicago, Cincinnati, Cleveland, Detroit, Milwaukee, Minnesota, New York, Philly, St.  Louis—  they remain solid in the buy territory.  When you go to communities such as Honolulu, Kansas City, Los Angeles, Miami, Pittsburgh, Portland, San Diego, San Francisco, Seattle, they’re kind of indifferent.  You can go either way, be it a buy or sale. Then you have some places such as Dallas, Denver, that continue to be deep in the rent territory.  It’s a little all over the place, but, as a whole, buying is outshining renting.

Steve Pomeranz: There’s been a lot of news and headline articles about the state of luxury homes lately.  There was a big push a few years ago and these $100 million homes and $25 million homes were coming onto the market.  They get a lot of attention.  What’s the state of the luxury market today?

Terry Story: On a global level, there’s been some instability, as you know, the last year in the financial markets.  That’s created a little bit of havoc on a global arena.  To consider a home a luxury market, it has to be over $2.2 million.  We have seen it increase, but only by 8%, which is half of the 2014 pace.  There has been somewhat of a decline. You look at markets like London and Hong Kong, homes are sitting on the market longer than they have in the past.  The number of luxury homes in the Manhattan area has actually dropped 5% from last year.  Places like Dubai, with the falling oil prices, they’ve tumbled by, I’d say, 25%.

Steve Pomeranz: I can’t believe that $2.2 million is a luxury place in Manhattan.  I think that would get you two bedrooms with one and a half closets.

Terry Story: No, that wouldn’t be in Manhattan.  Definitely not.  The most expensive, highest price paid home last year was $194 million.  Do you know where that was?

Steve Pomeranz: What can you spend after spending almost $200 million to then fix up?  I know in a lot of neighborhoods, people buy these homes, and they tear them down and rebuild new ones.  I don’t think in Hong Kong you can do that.

Terry Story: I can’t imagine.  I’ve never been there but that seems like an awful lot of money to have to fix up something.

Steve Pomeranz: Talking about high prices and talking about size of homes, tiny houses are becoming the rage.  What’s up with that?

Terry Story: Yeah.  This is kind of interesting.  We’re seeing it with the millennials and retirees.  About five years ago, there were only a couple hundred of these tiny homes across the United States.  Now they’re up to 10,000 tiny homes.  When we talk tiny homes, we’re talking about 400 sq ft.  I can’t imagine living in 400 sq ft.   What I didn’t realize, because we’ve talked about these tiny homes, they’re actually on wheels.  To me, it’s a trailer.  A mobile home.

Steve Pomeranz: It’s kind of a double wide or something.

Terry Story: Yeah, exactly.  They’re no longer double-wides, they’re just tiny.  The reason why people like these homes is they can live debt-free, they’re not that expensive, and they’re mobile so they can pick up and go.  I can see why millennials would be attracted to this, and retirees.  They want flexibility, and they don’t want to leave a big environmental footprint with their lifestyle.  I guess you can wake up in the woods with these and live a peaceful and beautiful life.

Steve Pomeranz: I remember walking into an IKEA, and they had these sample rooms or sample apartments—100 sq ft, I think,  200 sq ft is the one that I’ve seen.  The bed is an L shape to the living room, which is an L shape to the kitchen, and then the bathroom is right next to the kitchen.  I was like, “Wow.  This would be a tough environment to live.” To double that doesn’t seem like it would be too attractive.  To me, anyway.  One of my favorite parts of the show is your Real Estate Survival Guide.  We’re going to talk some terminology here today that’s very important.  It’s called “procuring cause”.  What is that?

Terry Story: Not one of my favorites.  Basically, when you’re dealing with a broker, it’s in regards to who has a procuring cause to a sale, which means who is entitled to the commission.  Many times, Steve, we see buyers who’re working with multiple realtors and, unbeknownst to even the realtors,  they’re out showing them different properties, and, all of a sudden, the customer likes one and decides he wants to use the other realtor to actually purchase a house.  Now we get in a dispute between the two realtors as to who really had the procuring cause, which is the series of events that took place in order for them to have earned the commission.

Steve Pomeranz: It can be kind of ugly.  What is your advice?

Terry Story: Basically, it turns real ugly.  The advice here is, if you’re looking for a home, use one agent.  We all have access to the same properties.  It’s okay to shop agents but stick with one.  There’s no reason to be using different realtors, especially in the same community, to be showing property.  This turns into a huge dispute between the agents and the agencies, and we have to go through a process of arbitration through the local boards to get compensated.  It’s never a pretty picture.

Steve Pomeranz: Yeah.  I don’t think it benefits the buyer or seller all that much, either.

Terry Story: No, none whatsoever.  I’ve only gone down this road once in 27 years and I don’t want to do it again.

Steve Pomeranz: My guest is Terry Story. Terry is an agent at Coldwell Banker located in Boca Raton.  She can be found at Terrystory.com.  Thanks, Terry.