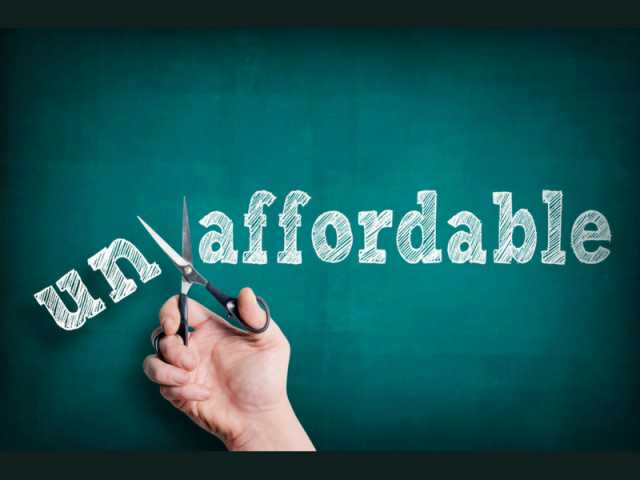 Signs Of Slowdown In Housing Market

Recent data shows a slowdown in the housing market.  However, Terry Story sees a lot of activity in the under $600,000 category.  Homes priced at under $600,000 still get multiple offers that are above their appraised values.

For instance, a home that should not have been priced above $699,000 got an offer that was well above $700,000.  In a sign of lingering craziness, Terry notes that the seller did not take the offer and was holding out for more.

She attributes this to the persistent lack of affordable housing inventory in the under $600,000 category.

Recent construction does point to a slight increase in inventory.  For homes priced above a million dollars, it is very much a buyer’s market.  Real estate prices are heavily influenced by the price categories that they fall into, she notes.

Even So, Housing Prices Are Rising

Despite signs of some slowdown, property prices are still rising.  Thankfully for buyers, prices aren’t rising as quickly as before.  From this angle, the housing market appears to be stabilizing.

From a builder’s perspective, construction costs are up due to tariffs on lumber, steel, and other housing-related imports.  In addition, a labor shortage and rising interest rates are raising new home construction costs.  These cost increases need to be passed on to buyers and are putting upward pressure on prices.

According to a report from the National Association of Home Builders (NAHB) , in Q2 2018, homes were the least affordable they have been over the past ten years.  The report attributed the lack of affordability to tight inventory and rising construction costs related to tariffs.

It states that only 57 percent of the new and existing homes sold in the April-June 2018 quarter were affordable to families earning the U.S. median income of $71,900.

Affordability is further down from its previous low of 61.6 percent in Q1 2018.  The NAHB believes rising household formations and economic expansion should support housing demand in Q2 2018.  However, rising trade tensions and higher mortgage interest rates could be obstacles.

Most And Least Affordable

New York state, surprisingly, had the most affordable major and minor markets.  In Syracuse, for example, 89% of all new and existing homes were affordable to median income earners.  In Elmira, NY, 97% of homes sold were affordable.

California topped the list as least affordable housing market.  Within California, San Francisco took the cake with only 5.5% affordability for a median income of $120,000.  Housing affordability was also an issue in major CA cities such as Los Angeles, San Diego, and Silicon Valley.

In Steve’s favorite segment, a listener shares the following situation:  My two sisters and I own a condominium unit together, and we each own one-third of it.  The association is trying to force us to choose a primary owner, and we want to be treated equally.  Can the board do this?

Terry says when there are multiple owners, most HOA governing documents require the owners to select a primary occupant.  One reason for this is that, theoretically, 52 owners could jointly buy a condominium.  Then each owner could claim a separate week of ownership.  This, in effect turns the condo into a timeshare, which HOAs want to avoid.

HOAs permit one vote per house.  If a house has multiple owners, they will not each get one vote.  In addition, taxes on common areas are also a consideration.

To wrap up, the housing market appears to be stabilizing but affordability and tight inventory continue to be problems.  In addition, external factors are raising costs and making homes less affordable.

Steve Pomeranz: It’s time for Real Estate Roundup. This is the time every single week we get together with noted real estate agent Terry Story. She’s a 29-year veteran with Keller Williams located in Boca Raton, Florida. Welcome back to the show, Terry.

Steve Pomeranz: Let’s talk about the housing market, the residential housing market as they say. We understand that it’s slowing a little bit. What’s the word or what’s life like in your neck of the woods?

Terry Story: It’s crazy out there. Certain price categories, let’s say under 600,000, it’s still a hot market. I’ll give you an example. Just put in offer in on something; There’s multiple offers on it, the number that we agreed on I’m thinking this will never appraise. Let’s just put the number in, we’ll deal with the appraisal when, go figure, it appraises.

Terry Story: I’m still scratching my head. Then somebody else just told me about a property he asked my opinion of value. They’re asking like high sevens. I said, really shouldn’t be listed more than 699. They got an offer well into the sevens, and the seller didn’t take it, which is even crazier. So the market’s, it’s a little-

Terry Story: It comes down to, we say it over and over again, lack of inventory. Now the inventory’s starting to climb a little bit, and it depends on what price category you’re in. Anything over a million, it’s a very much a buyer’s market. So it’s all driven by price categories.

Steve Pomeranz: Yeah, well, it seems to me that if there’s so little on the market in that price range, people are looking and looking and looking.
Maybe they just go, they do the math again and again and they go, okay, we can stretch this, we can afford it. The fact that the seller said no is also psychologically very interesting as well.

Steve Pomeranz: All right, well, housing prices are rising as you just mentioned, but statistically, throughout the nation they’re rising.

Terry Story: They are still rising. They’re not rising at the rate that they have been. We’re starting to see a stabilization in the overall market. That would be the best way for me to describe it.

Steve Pomeranz: Yeah, yet new construction, looking at the builder’s side of things, I mean they have to pay more because construction costs are going up.

Steve Pomeranz: There’s a shortage of labor, so they have to pay more to get labor. What’s going on in terms of new homes?

Terry Story: Well, they’re still building them and there’s still a very strong demand for new construction. But like you just said, the cost is increasing, coupled with the rising interest rates, putting upward pressure on home prices and really contributing to the affordability of these homes.

Steve Pomeranz: Yeah, I want to get into the affordability thing. So there is a statistic that says that house affordability is now at a ten-year low which takes it back to the second quarter of 2008.

Steve Pomeranz: Right. So right now, 57% of new and existing homes were affordable to families earning the median income of 71,900, so that’s 57%. That’s down.

Steve Pomeranz: How much is that down by?

Terry Story: It was still bad; it took a while, several years. That’s where it started in 2006 and then it continued to go down and then it’ll slowly come back up.

Steve Pomeranz: Yes, so that housing affordability led in some ways to the crash because it limited demand. Of course, back then they were giving a lot of loans to people who should not have had. They should not have given. I don’t think they’re doing that so much and any more. So you don’t get the sense that the real estate market has overheated or anything?

Terry Story: No, absolutely not.

Steve Pomeranz: Though I find it very interesting that you thought a price was reasonable, they sold it for, they got an offer.

Steve Pomeranz: And they didn’t take that offer.

Terry Story: And they didn’t take it. I’m still scratching my head. I can’t wait to see the end of that story. I’m going to follow that one.

Steve Pomeranz: These are wonderful places.

Terry Story: So you have to bring jackets if you’re going to move there.

Steve Pomeranz: Yeah, so a lot of them are in that New York and kind of the old industrial area.

Steve Pomeranz: But here’s what I found interesting, that in Syracuse, for example, 89% of all new and existing homes were affordable to families making $74,000.

Steve Pomeranz: In Almira, New York, 97% of the homes were affordable to families earning $71,000. So obviously, but I think it’s harder to make more money in those areas.

Terry Story: That may be good here.

Terry Story: And that’s probably a lot of money there so.

Steve Pomeranz: Yeah, exactly, all right, so that’s not really addressed in these statistics. All right, let’s go to the least affordable, the ones listed here are all in California.

Terry Story: Yeah, sure have-

Steve Pomeranz: 5.5% of the home sold are affordable to families earning the area’s median income which is about $120,000.

Terry Story: And then Los Angeles and San Jose, California.

Steve Pomeranz: Yeah, that’s not surprising. All right, let’s get to our Real Estate Survival Guide, one of my favorite segments. Here’s a good question: My two sisters and I own a condominium unit together and we each own one-third of it. The association is trying to force us to choose a primary owner, and we want to be treated equally, can the board do this?

Terry Story: Well, when you have multiple owners, most governing documents require the owner to select a primary occupant. There’s many reasons for it, but the first is to prevent a timeshare situation where you could theoretically have 52 owners of a condominium unit and each of the 52 owners could claim it has a separate week of ownership.

Steve Pomeranz: Yeah, well, so, yes, so they want to avoid this idea, the hotel, that kind of transient situation. These are people’s homes.

Terry Story: Right, and they do allow you to change the primary ownership a few times during the year, so that’s a good thing to avoid that timeshare.

Steve Pomeranz: So the answer is they probably can’t do it, and there’s good solid reasons for it.

Terry Story: Right, right. It’s possible to have ten co-owners of a unit. The primary occupant mechanism reduces the over-taxation of the common elements. There’s lots of reasons you want to have. Just think about the voting rights. You need to have-

Steve Pomeranz: …voting for things. You can’t have that.

Steve Pomeranz: One person, one vote, one house, one vote, that type of thing.

Steve Pomeranz: My guest as always is Terry Story, a 29-year veteran with Keller Williams. She can be found at Terrystory.com.

Steve Pomeranz: Thanks, Terry, and to hear this again, don’t forget to go to our website where we really do invite your questions and we also have a weekly update of all the things spoken here and talked about with the great Terry Story. Go to stevepomeranz.com.