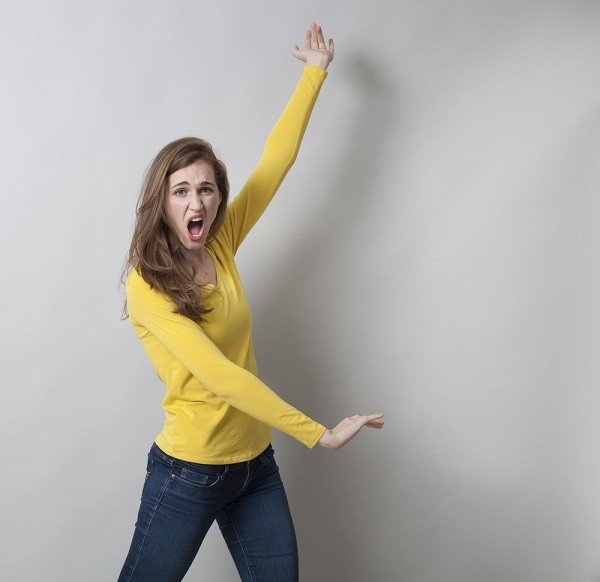 Terry Story has been talking for months now about the lack of inventory driving up prices in the real estate market and generally making it increasingly more difficult for buyers to find what they can afford. Because location is sometimes everything, Terry explains that there are geographical exceptions. Trulia, the online resource for real estate listings, cites six metro areas currently recording annual increases in inventory: Fort Myers, Miami, and Sarasota, Florida; Las Vegas, Nevada; Fresco, California; and Oklahoma.  Interestingly, these are also the areas having had the biggest declines in the market crash of 2006.

Narrowing the discussion down to the South Florida market, Terry shows a bit of a recent decline in inventory causing a rise in prices and resulting in an average of 75 days for a home to sell. Most of the new housing construction, she said, is not taking place in her particular area, but more to the north and west of it.

Perhaps an indication of an overall confidence in the economy is at the root of the increase in real estate investments Terry sees going on.  As opposed to what might be the more profitable venture of investing in stocks and bonds or even gold, many people like the sense of owning something they can feel and touch, the bricks and mortar sense of things. A note of caution with a real estate investment, however, is the difficulty of liquidating quickly if need be.

The question posed for this week’s segment we call “Ask A Real Estate Pro” is, “Can a home owner’s association charge owners extra for gate control access?”

Terry answers, “Absolutely.  They can pretty much charge for anything that they want.  You see this all the time.”  And owners should be aware that if they don’t possess a copy of the HOA documents for the buyer, they may be charged for a new set, including application fees, by the home owner’s association.

It’s wise to know the rules before going into negotiations of any kind and, before venturing into the real estate market, a qualified realtor is your best ally.

Steve Pomeranz: It’s time for Real Estate Roundup.  This is the time every single week we get together with noted real estate agent Terry Story. Terry is a 27-year veteran with Coldwell Banker located in Boca Raton, Florida.  Welcome back to the show, Terry.

Steve Pomeranz: We have been talking—I can’t even say how long—about the degree of the lack of sellers out there, making the real estate market very, very tight and hard for buyers to find new homes.  Is that changing?

Terry Story: No.  Is that a quick answer?

Steve Pomeranz: Yes, it is.  Go ahead.  Tell us about it.

Terry Story: Actually, that’s not true.  It depends on where you’re located.  The housing inventories rose in the third quarter from a year ago in 21 of 100 largest market areas, according to Trulia.  There is some movement that we’re seeing in certain areas.  Some of the areas, the 6 metro areas that recorded annual increases in the inventory were Fort Myers; Miami; Las Vegas; Fresco, California; Sarasota, Florida; and Oklahoma.  There are some areas, and these are called the sand states, Steve. These were also the areas that had the biggest declines when the market crashed back in 2006.

Steve Pomeranz: Yeah.  It’s like the stock market, when you have a big market decline those stocks that get hurt the most are usually the ones that rebound the greatest amount.  Markets are very similar across different asset classes, whether it be real estate or stocks.  In this case, you’re saying the same thing.

Steve Pomeranz: What about in your market, in Boca Raton?  Has the housing shortage eased any?

Terry Story: I just looked at the numbers a few minutes ago and the inventory has actually declined a little bit, which pushed the medium price—when you have a lower level of inventory, shortage of inventory, supply and demand is going to make the prices continue to rise.  That’s what we were looking at in my immediate marketplace with an average of 75 days for a home to sell, which is pretty darn quick.

Steve Pomeranz: Yeah, but you know South Florida is a growth area, there’s a lot of building going on.  It seems to me that at some point in time builders are going to take advantage of this shortage and they’re going to start building out more tracts, more tract houses, buying up more land where they can.  It’s not like we’re running out of land in South Florida.  We are buttressed by the Everglades to our West and the ocean to our East, but you can go north and you can go northwest a little bit.  Anyway, in your market are you seeing more new housing coming to market?

Terry Story: In my immediate area there’s really not a whole lot of new housing, it’s a little further away, I’d call it the Everglades, for lack of better terms.  It’s all north and further west.  What we are seeing is that a lot of the investors scooped up these really cheap properties back, again, in 2006-7-8-9-10.  They’ve made a lot of money holding on to these homes, renting them out.  I think we might start to see some of these investors selling their homes to capitalize on their investments.

Terry Story: Yeah.  There seems to be a stronger confidence in investing in real estate.  Real estate has an investment, we’re not talking about your home, that you have a roof over your head, we’re talking about an investment property.  You’ve got to look at that as long-term investing.  When I say long-term that’s generally 10 years or more.

Terry Story: I think what people like about it, it’s something tangible, it’s something physical.  They can look at it, they can touch it.  Where money, you put it in the market and you can see your statements and the numbers look higher, but it doesn’t feel the same.

Steve Pomeranz: I agree.  There’s this sense of being able to touch it and to feel it, the bricks and mortar sense of things, but interestingly when you’re talking about investment properties, the metrics, the numbers are very much the same as they would be investing in stocks.  It’s just for some reason it’s harder to look under the hood when it comes to a stock, you have to know how to read a balance sheet, a profit and loss statement, look for what the return on invested capital is and things like that.  Once you learn how to do that you can become as comfortable in this intangible world of stocks as you can with the tangible world of real estate, but most people don’t go that far, so they like real estate.

Terry Story: Yeah, and the thing about real estate, people have to understand too, because it’s a tangible item it’s not easy to liquidate.  Yes, you could have a fire sale and sell it tomorrow, but with at least a stock it’s just the push of a button and you can cash out.

Steve Pomeranz: That’s right.  That’s a blessing and a curse, Terry, you know?

Steve Pomeranz: Yeah.  Most people make money on their homes if they hold them long enough.  They do, the prices of their homes are not listed in the paper every day.

Steve Pomeranz: Actually that dates me, doesn’t it?  What paper?  What are we talking about?

Steve Pomeranz: It’s not on my iPhone every second of the day, and I can’t just sell it whenever I want to.  I’ve got to hold on to it. I’ve got to list it, I’ve got to find a buyer, I’ve got to pay a realtor.

Terry Story: Absolutely.  They can pretty much charge for anything that they want.  You see this all the time.  One thing that’s important also when you’re talking about what home associations can charge for, not charge for, I recently ran into a situation where the seller was upset that they had to buy the home owner association documents to provide to a buyer.  Sometimes they charge you for application fees and all of this stuff, but they’re allowed to do that and they do.  Be prepared, they may allocate one clicker per household, even though you have 5 cars.

Steve Pomeranz: Yeah, and they’ll charge you if you lose it.

Terry Story: They budget for those items, but if you’re asking for more than they’ve budgeted for, plan on paying for it.  At some point, you are initially issued HOA documents and if you lose copies of them and you have to purchase new ones, they’re going to charge you as individual rather than spreading the cost across the whole community.

Steve Pomeranz: Yeah.  I’ve got some extra ones that I can give to anybody that might need.  I guess as always it’s Terry Story. Terry is a 27-year veteran with Coldwell Banker located in Boca Raton, Florida.  She can be found at Terrystory.com.  Thanks, Terry.