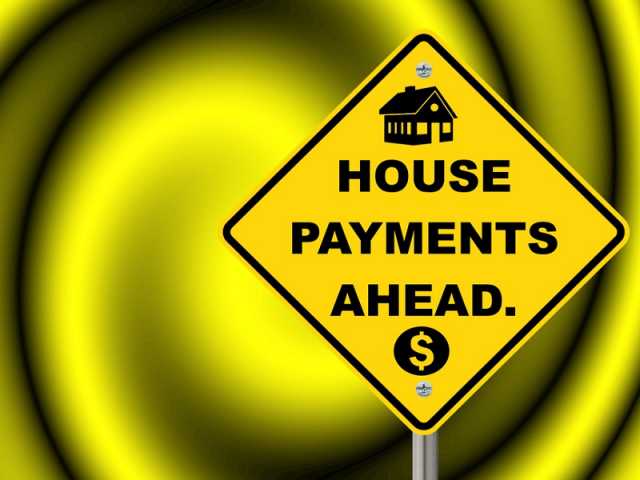 During this week’s real estate roundup, Steve spoke with Terry Story, a 31-year veteran at Keller Williams, about the current state of home prices and mortgage interest rates. They spoke about the fact that despite the consistent rise in home prices, the current housing market situation is notably different from what was seen in the years prior to the housing market crisis of 2007-2008.

In the six years prior to the housing market crisis, home prices climbed consistently and sharply. Starting in 2000, “Prices were up 8.6% for the year. The percentage continued to increase, compounding on itself. In 2004, home prices skyrocketed, up by 12.5%,” Steve noted.

Compare that with the past six years. Steve had the numbers handy: “In 2014, prices rose by a little over four percent, 2015 by five percent, then six percent—but then back down to five and then under five, 4.8, 4.7%.”

Prices are rising, but we’re seeing a decline in the rate of appreciation. They’re still going up, but not as fast as they were a few years ago. Terry said that according to the National Association of Realtors (NAR), the peak for housing prices nationwide was in 2017.

Keep in mind that your home appreciates in price the longer you own it. The current statistics show this and reveal why we don’t appear to be running headlong toward another market crisis. “Median home prices over a seven-year period show an average appreciation of 29%. Eight years? – 32%. Ten years? – 39%.”

The home mortgage market is quite different now than it was back in 2006. Steve explained that banks were just handing out mortgages to people who didn’t even come close to qualifying for the size of home loans they were getting. Terry added that many of those mortgages had ridiculously low introductory rates—as low as 1% or 2%—with huge balloon payments on down the road causing homeowners to default on those loans. That’s not the kind of mortgage market that we have now.

Steve reminded listeners about negative amortization, one of the crazier aspects of mortgage lending in the early 2000s. He recalled, “You had the ‘pick a payment’ mortgages. Somebody would get a mortgage loan where the payments were about $1,200 a month, but if they felt like that was just too much, they could choose to just make payments of, say, $300 a month. Of course, that other $900 a month didn’t just disappear, it got added onto the back end of the loan. So, voila’! – you ended up with negative amortization.”

News about the novel coronavirus is everywhere, and unfortunately, the numbers coming in are terrifying. But there is some good news for homebuyers—the effect on interest rates. The stock market has been chaotic, to say the least. Institutions are pulling out of the market, selling shares in massive amounts.

Steve explained, “…that money has to go somewhere. And it’s going into bonds. This drives the price of bonds up. When prices go up, yields come down and loans tied to bonds decrease in interest. That means mortgage interest rates are coming down.” While it’s true that interest rates have been low for a while, the market is moving even more favorably right now.

Terry summed it up as “Interest rates are crazy low. It’s a great opportunity for homebuyers, and I recommend that people take advantage while they can because this window of opportunity, in my opinion, is going to be short-lived.”

For help with buying or selling a home, visit Keller Williams.

Steve Pomeranz: It’s time for Real Estate Roundup. This is the time every single week we get together with noted real estate agent, Terry Story. Terry is a 31-year veteran with Keller Williams located in Boca Raton, Florida. Welcome back to the show, Terry.

Steve Pomeranz: So I’m reading that because there’s a lot of demand for homes and there’s a shortage of sellers…

Steve Pomeranz: Yes. And they’ve been rising for a long time. So I have a question for you. If real estate is soaring, so to speak, is this like 2008 all over again?

Steve Pomeranz: Well, hang on, hang on. Let’s back that up a little bit. So we’re talking about the six years prior to the 2006-

Terry Story: This trend that you’re talking about, Steve, this is what we’re saying, why we know the market’s starting to shift because we see that the appreciation is starting to decline. We have a two-year decline from the peak.

Terry Story: And according to the National Association of Realtors, they believe that we peaked in 2017, 2018, although we are still experiencing appreciation.

Steve Pomeranz: So let’s get that clear. It’s not that housing prices have peaked and they’re going down, it’s the rate of appreciation is declining.

Terry Story: It’s the rate of appreciation which is declining.

Steve Pomeranz: Which is healthy.

Steve Pomeranz: There don’t seem to be other forces. Like back in 2005, 2006, there was all this, all this money available for people who really couldn’t afford it, but some reason the banks, they were greedy and they were giving people these mortgages, they shouldn’t have.

Terry Story: They had mortgages that you would take out. They were balloons, they ballooned in three years. And then you had, you went from like 1% interest rate to six percent or whatever the numbers were. And the people couldn’t afford that.

And by the way, they were buying these homes with 1% down, 2% a hundred percent finance. So when there was an adjustment in their payment, they couldn’t make it and then that’s when it all started tumbling.

Steve Pomeranz: Yeah. There were also funny mortgages, like the negative amortization mortgages. So, yeah, and you could pick a pay. I love that, remember that? So if you decided, let’s say, if it was a fixed mortgage, it would be 1500 a month, but you couldn’t really afford to pay that or you didn’t want to pay it. You wanted to go out to dinner or go on vacation. So you could only pay 300, well, what’s the difference? Where’s that other $1,200 that you owe go? Well, it adds on to the debt. So the negative amortization, a terrible idea.

Terry Story: And then when I saw people, with median incomes buying mansions, I’m like, how in the world are they doing this?

Steve Pomeranz: I know, I know.

Steve Pomeranz: Exactly. What am I missing? So the bottom line is that we’re not seeing that. That’s what you’re saying.

Steve Pomeranz: But also there are statistics which show that over time, homes do appreciate in price. So we actually have some of those statistics right here. So the appreciation grows the longer you own a home. So if you own a home for seven years, these are just averages-

Steve Pomeranz: Excuse me, median-priced homes. So we’re not picking a particular category, we’re just saying kind of the median, not the average, but close to the average. And we’re saying over seven years, average price appreciation has been about 29% for the full seven years.

Terry Story: Those are great returns.

Steve Pomeranz: Yeah. So just take the 10 years, this is not compounded. This is simple math. But if you have 39% over 10 years, that’s 3.9% a year. Compounded it’s going to be lower than that because of the compounding. But nevertheless, it gives you an idea. So again, this reinforces this idea that we’re not in this ridiculous housing market.

Steve Pomeranz: Okay. Also, where you live matters. If you live in the West, why don’t you take it from here?

Terry Story: So if you’re in the West, that’s where you’re going to see the strongest gain and over a 10-year home price appreciation, they saw a 43%. The South experienced that 39%. The Midwest was 37% and the poor Northeast, 34%.

Steve Pomeranz: Yeah. Now, let’s be sure we understand that this is what has happened. This is not saying what will happen-

Terry Story: This is not a guarantee.

Steve Pomeranz: But in the West, homes have appreciated by 43%, but in the Northeast by 34, so there’s a disparity there about 10% in home appreciation, depending on the region in which you live.

Steve Pomeranz: Okay, good. All right. Let’s talk about interest rates and let’s talk about one of the positive effects of the current panic over the coronavirus.

Steve Pomeranz: And the stock market’s worried and so on, but as institutions come out of the stock market by this massive selling that they’re doing, that money’s got to go somewhere.

Steve Pomeranz: And where does it go? It goes into bonds.

Steve Pomeranz: If it goes into bonds, it drives the price of bonds up, which once you know a little bit about bonds, you realize that means that returns or yields come down. When yields come down, other loans that are tied to, let’s say a treasury bond, the 10-year bond, will also come down. So a positive effect of this, again, is that interest rates have come down and therefore mortgage rates have come down and we’re seeing some significant movements in that area.

Steve Pomeranz: You probably want to lock in now if you can.

Steve Pomeranz: All right. My guest, as always is Terry Story, 31-year veteran with Keller Williams located in Boca Raton, Florida. And she can be found at terrystory.com. Thanks, Terry.