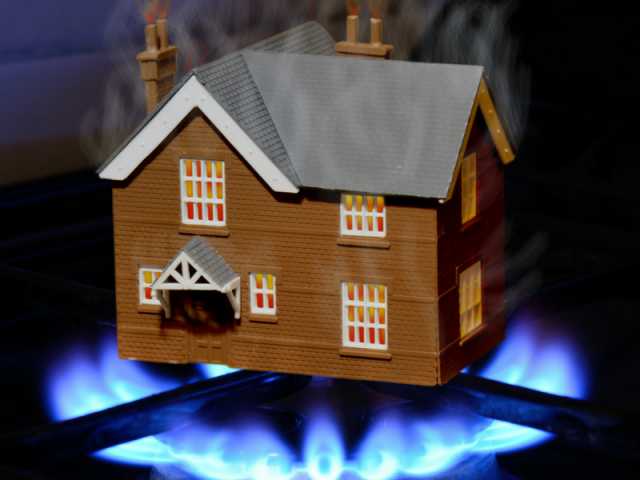 Led by strong demand from millennials, U.S. homeownership rose to 64.2% in the first quarter of 2018, up from 63.6% a year ago.  In parallel, rental vacancy rates continued to be low, at 7%; and the median rent rose to $954, making this a tough market for renters.

The Census Bureau attributed the rise in homeownership to low mortgage interest rates, a drop in mortgage down payments, and demographic shifts such as an increase in household formations by young couples.

As millennials settle down, marry, and have children, they’d rather own a home than rent.  Homeownership also gives them greater control over their finances with a fixed, predictable monthly mortgage, and no threat of rising rental expenses.

But limited housing inventory and rising home prices continue to keep a lid on homeownership, making it harder for renters to transition into home ownership.

Will this tight home inventory situation change anytime soon?  And when will homeowners, especially retiring baby boomers, start to sell and move to smaller units?

Retiring homeowners face a familiar dilemma.  On the one hand, they have built up a fair amount of home equity and are keen to sell and move to smaller homes.  On the other hand, there is very little inventory of smaller homes for sale, partly because they’re competing with millennials for those smaller homes.

In addition, moving to a smaller home could, ironically, increase property taxes, further complicating the move for older homeowners.

For instance, say you’ve owned a home for 25 years.  Your property taxes on this home are still tied to a low-cost basis (say $350,000) even though the home has risen substantially in value to, say, $1 million.  Now, if you buy a smaller home for $500,000, you will pay property taxes on the full $500,000, which increases your tax expense even though you’re downsizing.

This increase in property tax keeps many homeowners from downsizing and continues to keep a lid on housing inventory, even though many retirees would like to downsize.

On the bright side, the steady increase in home prices since 2010 means American home owners now have more home equity than before.

An equity-rich property is one where the homeowner has at least 50% equity in the home.  Equity-rich homeowners can take on more loans and have a buffer against falling home prices in the next down cycle.

How To Avoid A Low Appraisal

With limited housing inventory, competition for homes often results in bidding wars and higher-than-asking purchase prices.  In such situations, mortgage companies often appraise homes at less than what the buyer is willing to pay, and the buyer could lose out on the home if the sale is contingent on mortgage appraisal.

So what’s a buyer to do to get the home she likes?

Terry suggests removing the mortgage appraisal contingency at the very beginning.  This way, the mortgage company approves a certain lower loan amount, and the buyer pays the difference out-of-pocket through a separate negotiated arrangement with the seller.

So if you’re in a bidding war, deal with appraisal contingencies up front.

Steve Pomeranz: It’s time for Real Estate Roundup. This is the time every single week we get together with noted real estate agent Terry Story. Terry is a 29-year veteran with Keller Williams located in Boca Raton. Welcome back to the show, Terry.

Terry Story: Thanks for having me, Steve!

Steve Pomeranz: So, US home ownership is on the rise again.
Good for you, right?

Steve Pomeranz: Hey, when is the best time to buy a house?

Steve Pomeranz: When is the best time to sell a house?

Steve Pomeranz: Such a sales job you have. But seriously speaking, home ownership is rising, but renters are still—it’s getting a little bit harder, right?

Terry Story: It is, yes. Rising rates, loosening credit standards, demographic shifts are all creating momentum for owning, rather than renting, according to the US Census.

Steve Pomeranz: And we’ve been kind of predicting that for years now, especially as the new generation gets older and they start forming families and they call that household formation. And they want bigger places; they want their own places; and they want to have control over their money.

Terry Story: That’s right, and unfortunately, as this occurs, this is creating more challenges for today’s renters because of the higher interest rates and limited inventory and home prices rising. It’s just making it a little bit harder for them to become homeowners.

Steve Pomeranz: Yes, so when is this going to break? When are people going to eventually sell? Do the baby boomers have to all kind of go to…

Steve Pomeranz: [LAUGH] Greener pastures and then all those houses get sold.

Terry Story: I keep waiting for that.

Steve Pomeranz: You do?

Terry Story: I do, but what I see is a lot of—it’s just, so you’re an older seller and you want to move on with your life, you go and you find out, okay, my house is worth x, I want to pull out the equity and buy something else.

Terry Story: Well, that’s great. Then you go to look to see what else you can buy and you realize—wow! There is not much inventory out there. So I’m just going to sit put and stay where I’m at. And the other interesting factor—depending on the state that you’re in—if you’ve been in your home for kazillion years, you’re paying very low taxes right?

So now you go to buy a new house which is worth a lot less than the home you’re currently owning. But because you’re new buying it 20 years later, you’re actually going to be paying more in taxes.

Steve Pomeranz: And this would be out of state because the homestead exemption would stay with you.

Terry Story: Well, no, it transfers over with you. But because you’re buying a new property-

Steve Pomeranz: Yeah, so you’re not saving in taxes as you hoped you would.

Terry Story: Correct, you’re pulling your equity out which is good.

Steve Pomeranz: No, I get it, I get it. So it’s a conundrum and it’s what slows the market. There’s just a big bottleneck here.

Steve Pomeranz: Yeah, and that’s the issue. Now you could go out of state where taxes are lower and find a beautiful place.

Terry Story: In the center of the country.

Steve Pomeranz: Yeah, in the center of the country right or west, or whatever.  There is lots of land still out there. But the bottom line is it’s a difficult thing as you get older. Really, let’s say you lived Boca Raton your whole life, To move to Virginia or some other place and start over, that’s a tough thing for many people to do.

Steve Pomeranz: All right, so let’s move on. Here is an interesting one, I thought. That equity-rich properties are hitting what they call a tipping point. But this word equity-rich, I have not heard that term before. What is that?

Terry Story: What it means is that you have 50% equity in your home.

Terry Story: And actually, I mean that’s great. I’m glad to see that there’s that much equity out there. Because remember when we were in the crisis there was no equity. So the equity-rich scenario is getting stronger throughout the country and what does that mean? Well, now we have more refis.

Steve Pomeranz: We’ll talk about that in a minute, let’s get some numbers here. There are 14 million equity-rich properties in the United States. The highest share of them were in Hawaii at 42%, California at about 42%, New York 35%, Washington 33%, and Oregon 32%. Now that’s the percentage of homes in those places that have 50% or more equity in it. That’s a very healthy situation for the US economy, and for us as individuals.

Terry Story: Absolutely, they just had great appreciation, that’s what it really means.

Steve Pomeranz: Well, yeah, and they’ve been slowly paying down their mortgages.

Steve Pomeranz: Right, I mean, if we go back to 2008, we’re talking about ten years. A pay down of your mortgage and plus you’ve seen good capital appreciation, the two work together. And that’s the way it’s really supposed to work. And that’s how a typical person succeeds in their finances if they can get these ratios to work out in their favor.

Terry Story: That’s right, and then eventually have the house paid off.

Steve Pomeranz: That would be a good thing too. Now if there’s another recession and housing prices go down, yeah, you’re losing some, but you got this big cushion in there now.

Steve Pomeranz: And that’s a beautiful thing, that’s what we’re looking for. So that’s what interested me about this. Now a lot of equity-rich homes in Hawaii, I don’t know does that account for the lava flow? [LAUGH] I hope not. All right, let’s move on we only have a couple of minutes left. Tips to avoid an appraisal that comes in too low.

Terry Story: Yeah, we are starting to see a lot of that. Avoid the bidding wars. So what happens, Steve, and actually, I have the situation right now. Price did fairly well, multiple offers, people want the house. They know that the offer, if there’s a mortgage that’s contingent on an appraisal. So they’re like, what the heck, we’ll offer 10,000 over-, we have nothing to lose.

It has to appraise, right? Well, no, it doesn’t really have to appraise. It has to appraise in order for the buyer to get a mortgage. But in order to put the deal together there’s nothing that says that the buyer can’t come up with the shortage or that the seller won’t agree with a buyer to a negotiated price, right? So to avoid them, just know that if you want the house, remove that contingency. Now I actually got an offer today, and the person wants the house so bad he’s paying over-asking, and he’s removing that contingency.

Steve Pomeranz: What contingency are you talking about?

Terry Story: That would be the appraisal portion of the contingency.
When you apply for a mortgage, there’s two parts. You as the buyer and the property have to both be approved in order for the bank to do the loan.

Steve Pomeranz: So, again, if you are in a bidding war, you win, then it gets appraised. There is a strong possibility that it will appraise less than.
And what?…the bank will give you financing, but only so much? Who’s going to make up the difference?

Steve Pomeranz: You are or you’re going to have to negotiate with the seller.

Terry Story: Correct. So if you’re in a bidding war, and this situation arises, deal with it up front.

Steve Pomeranz: Right, very good advice, Terry Story. Terry is with us today as she is with us every single week. She is a 29-year veteran with Keller Williams located in Boca Raton, and she can be found at terrystory.com. Thanks, Terry.