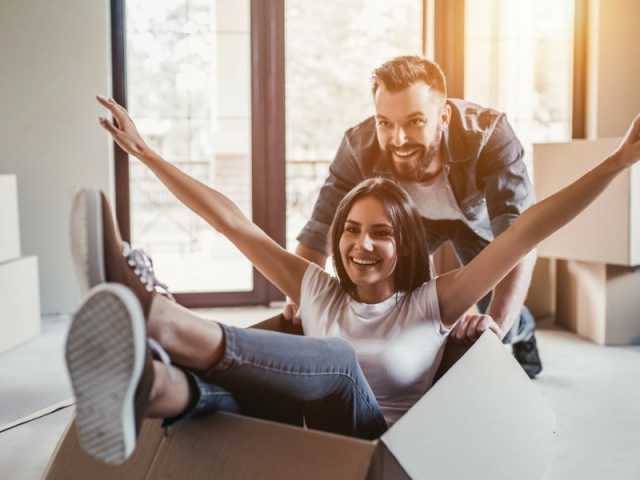 This week, Real Estate Round-Up covers impending foreclosures from the hurricanes in Texas, Florida, and Puerto Rico; the increased affordability of median home mortgages relative to median monthly income; and the benefits and drawbacks of modern home automation technology.

Steve kicks off the segment with talk of a spate of foreclosures in the wake of recent hurricanes.  Terry certainly expects to see a wave of foreclosures in Puerto Rico, Houston, and parts of South Florida that were hit hard by hurricanes, as post-hurricane 90-day grace periods draw to a close around February 2018.

There is also talk of granting homeowners a two-year reprieve because of the lack of contractors to fix the many damaged or destroyed homes. Even where homeowners have the funds for repairs, actually getting a contractor to make those repairs has been taking longer because contractors have a backlog of repair jobs they need to get to first.

Steve sees foreclosures happening where contractors are unwilling to take on assignments from insurance companies and where homeowners simply do not have the tens of thousands to pay out-of-pocket to fix damaged homes and hopes there is some form of relief to keep people from losing their homes or living in damaged homes for no fault of theirs.

While it sounds absurd, homes are apparently more affordable now than they were 20 years ago. Although the monthly mortgage payment on a median-priced home is $100 higher than a year ago, as of September 2017, mortgages on a median-priced home (also called the payment-to-income ratio) took a 21.4% bite of median nationwide income, which is significantly down from 24.2% from 1995 to 1999, and 26.2% from 2000 to 2003. Terry’s message to buyers on the sidelines: While prices have risen, this is a great time to buy; so don’t wait, buy now!

Steve pauses to tip his hat to his wonderful producer, Erica Stimolo, and jokingly wonders how she puts up with him. Moving on, he then asks Terry about modern technology for homes.  Terry cites her own positive experience with the Ring video doorbell and is surprised at the number of random people who push her doorbell every day. Terry sees value in home automation devices such as Amazon’s Alexa to control lights, air-conditioning, etc., as well as smart digital locks, but is a bit wary that hackers could gain access to your home through them.

Steve closes the segment with his own “original” idea of skipping all the hi-tech and using your own built-in robot to pick yourself off the couch, walk with your humanoid feet, and flick the light switch off with the personalized bionic digits of your own hands!

Steve Pomeranz: It’s time for Real Estate Round-Up. This is the time every single week we get together with noted Real Estate Agent Terry Story. Terry is a 29-year veteran with Coldwell Banker located in Boca Raton, Florida. Welcome back to the show, Terry.

Steve Pomeranz: We’ve had some major hurricanes here. Does that mean that we’re going to have some major foreclosures as well?

Terry Story: That’s what they’re saying. They already know that people are behind on their payments, and they’ve given them grace periods, and they anticipate that the grace periods are going to end here in the next … it was a 90-day reprieve, so in around February timeline they’re projecting that we’re going to start to see a wave of foreclosures.

Terry Story: …so any of these areas that got hit hard. You know what happens, Steve, when you get hit with a hurricane, you need to rebuild your house. So, you wait for the insurance company; the insurance company gives the check to the lender. Now, here you are trying to find a contractor to fix your house, and the contractor can’t get to your house because he’s got hundred other houses to repair before he gets to you. So, there’s talk about maybe granting an extension. There’s proposals to give a two-year reprieve on this sort of thing because—especially in the really hard hit areas—it’s going to take years to redo the houses.

Steve Pomeranz: Yeah. A lot of people don’t have the financial wherewithal. So, let’s say you bring someone in to do the construction, and they won’t take an assignment from the insurance company? That means you’ve got to pay them out of pocket a couple thousand dollars, whatever the amount is, and then wait to be reimbursed by the insurance company. A lot of people don’t have that financial flexibility to do that.

Steve Pomeranz: I hate to see them have to live in a house that’s got mold or something like that and lose their home because of this unfortunate circumstance. I hope that they can do something.

Steve Pomeranz: Okay. Here’s the headline that got my attention “Homes More Affordable Now Than 20 Years Ago.” Wow!

Terry Story: Yeah, isn’t that crazy? Homes more affordable than 20 years ago. This is how they figure this out, Steve. So, as of September, 21, 4% of the median income nationwide was required to purchase a median-priced home. If you look back from 1995 to 1999, that percentage was 24.2% of a median income nationwide. Then look at 2000 to 2003; it was 26.2%. Basically, it takes less percentage of the median income today to buy a home than it did in the last several years.

Steve Pomeranz: That’s great. Yeah, in a way it could say either incomes have been rising faster than home prices or home prices, they may be rising but, maybe the fact that interest rates have come down so dramatically since those times, the cost of ownership is less. Either way, that’s pretty good news. It only takes 21% of your income to afford carrying a home and that’s down from 26% way back in 2000, 2003. Wow, that’s terrific then.

Terry Story: Right, so yeah, anyone who is concerned, you know that the prices are getting so high, I don’t know if I should buy. Should I wait? This shows you that you probably shouldn’t wait because it is still cheaper than it was looking back all the way to 1995. I don’t know how far back you want to go but …

Steve Pomeranz: Yeah, because when …

Steve Pomeranz: When is the best time to sell?

Terry Story: When will it always be the best time to sell and buy? Now. Call today.

Steve Pomeranz: Okay, cut it out. Enough. Okay, so here’s a … Erica is just cracking up. By the way, Erica is our engineer. We never introduce her. Erica Stimolo.

Steve Pomeranz: She is. She’s wonderful. She’s wonderful. I don’t know how she puts up with me. Okay, let’s talk about modern technology in your home. There are all these smart devices or ways of making your home smart, and when we were talking about this off air, you were telling me that you’re starting to put some of this stuff in. I know we’ve put some of this stuff in the office here. What are you doing and how’s it working out?

Terry Story: You know, it’s actually kind of neat. I personally got one of those you ring the doorbell and you can see, there’s a camera. Steve, it’s absolutely amazing. I’m in the office. I can’t tell you how many people just come up to my door and ring it.

Terry Story: Several people a week. It’s like what are they doing? Who are these people?

Terry Story: I hope not. It’s an interesting phenomenon. If you don’t work out of your house and you’re not there all the time, you’ll be amazed how many people just ring your doorbell. Then you look at the video and you’re like, “Who is that person?” You have no idea. It’s not like they have a package in their hand. I don’t know.

Steve Pomeranz: Yeah, what about these devices like Alexa where you go, “Alexa, lock the door. Alexa, turn on the lights.”

Terry Story: Yeah, that’s kind of creepy to me, but a lot of people have them. I like the concept but I always wonder, “Okay, is Alexa in that little box? Who’s watching me?”

Steve Pomeranz: Who’s actually watching and listening to you?

Steve Pomeranz: And when they hack into your home, they’re going to take everything through Alexa.

Terry Story: Right? What I really like are the locks where you can, you just put a digital number and it locks and you can do it remotely, unlock and lock your door.

Steve Pomeranz: My car has that. I can go and I can turn the car on so the air conditioning cools it off before I get in.

Steve Pomeranz: It’s not working at the moment but …

Terry Story: Well, see then here’s the other thing about these smart homes. It creates a whole new industry that have to come out and fix all these high-tech gadgets.

Steve Pomeranz: Right, so we’re all afraid of robots taking over and all this happening, but it’s creating more jobs, right? Because someone’s got to install this stuff.

Terry Story: Right, somebody’s got to fix it.

Steve Pomeranz: And then there’s got to be someone at your beck and call that will come and fix it when you want to and charge you time and a half on weekends.

Steve Pomeranz: But I have a really good idea. I think that if you want to turn the lights off on your house, you get up from the couch and you go turn the light off. That’s what I’m practicing. Maybe I’m old-fashioned. I’m not really sure.

Terry Story: Remember when we had black and white TVs and no remotes?

Steve Pomeranz: I do. I do, yeah, vaguely.

Terry Story: And three channels? You have to actually get up.

Steve Pomeranz: I’m sorry, I’m not that old. All right, I’m talking with Terry Story. As always, she joins me every single week. She’s a 29-year veteran with Coldwell Banker located in Boca Raton, Florida, and she can be found at Terrystory.com. Don’t forget you can hear this interview again, get the transcripts, also sign up for our weekly update which is I think pretty terrific. Erica and I put it together every single week for your viewing and reading pleasure. You can find that at Stevepomeranz.com. Thanks, Terry.