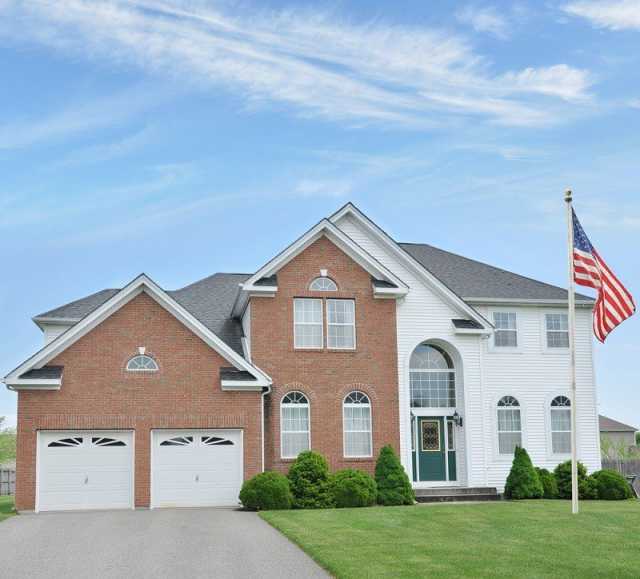 We Americans were all a bit closer back 100 years ago, at least in the physical sense. In 1910, the average household of 4.5 people occupied approximately 1300 square feet. Today, those averages are 2.5 people sharing 2400 square feet.

Averages aside, home sizes are heading in opposite directions depending on the part of the country. Orlando, San Antonio, and Nashville top the charts for the most square feet per house, whereas the smallest average homes are being built in Boston, San Francisco, and Miami. The obvious correlation here is the high density of population to smaller dwellings, perhaps most evident with New York City where the average home being built today is 11% smaller than in 1910.

But the rising popularity of the micro-home, perhaps best characterized by IKEA’s 200 square feet version, can be attributed not only to a dearth of land in certain areas but to cost. Terry tells us she recently went inside one of these tiny houses in Maine, “a tiny house on a property, and the shower was actually outdoors, but it was teeny, and two people were living in it.  It was like, the bed was above the kitchen.  The place was immaculate, and this person told me he feels very comfortable living in there.”

Terry also reports a return to the trend of flipping houses made popular back before the recession of 2008. But this time around, partly because banks are lending money a bit more freely, this practice is doable for the smaller operator who can buy an investment home of $200,000 or under, perhaps fix it up, and then flip it for a profit.

Terry’s cautionary note for anyone considering a foray into flipping is to remember “you always have to have an end user.  When you’re in the flipping business, you’re taking a house, making it nice, and then reselling it. So as long as you have an end user still buying these properties, and the people buying, the end users, are people that want to live there.”

To return to an old theme—but one of interest if you’re buying or selling a home—home prices climbed in July an average of 5%, according to the Case-Shiller report and, again, it’s because of limited inventory. But, as always, there are geographic differences with some places in the double digits and others only from 1 to 5%.

Steve Pomeranz: It’s time for Real Estate Roundup.  This is the time every single week we get together with noted real estate agent Terry Story. Terry is a 28-year veteran with Coldwell Banker located in Boca Raton, Florida.  Welcome back to the show, Terry.

Steve Pomeranz: I noticed in the information you sent that home prices have climbed again in July.  What’s going on there?

Steve Pomeranz: Well, they’re rising at different rates in different places.  The average is about 5% in July, but if you take a look at Seattle and Portland and Denver, we’re seeing some double-digit rises there.

Steve Pomeranz: Right.  Another report you sent to me was that, compared to 100 years ago, owners are living large.  What does that mean?

Terry Story: Yeah.  Basically, over the last 6 years, homes were 74% larger than those that were built in 1910.  Now, keep in mind, back in 1910, the average household had 4.5 people.  Today, we’re looking at 2.5 people, so we’ve gone from a smaller number of people in a house, yet the average home has grown by 211%.  For an example, the average home today is like 2,400 square feet all across America, yet we have less people living in that 2,400 square feet.

Steve Pomeranz: Let me get this straight.  100 years ago, the houses were significantly smaller, and you had more people living in them, so I guess the square foot per person was very small. And now today you have much larger houses and fewer people, so we’re living large.

Terry Story: That’s right.  I guess they saved the properties for the animals to run on, and …  We don’t have that as much.  I don’t know, I’m just trying to figure out why it is.

Steve Pomeranz: Well, I think if you count animals in today’s households, I think probably goes back to the 4 and a half people per household. Now, what are some of the cities where the houses are even larger?  I just have a feeling Texas is going to be in there.

Terry Story: Everything’s big in Texas, right?  Texas is certainly one of the large places.  You’ve got San Antonio, Texas, of course, Orlando, and Nashville, Tennessee, but on the flip side, there’s Boston—they have the smallest new homes, which average 900 square feet, and these are new homes being built, followed by San Francisco at about 1,100 square feet.  Surprisingly, I didn’t realize this, Miami at about 1,100 as well.

Steve Pomeranz: Wow.  Yeah, I guess they’re taking into these big condos, where, obviously, the space is a lot smaller.  I don’t know if you’ve ever been in an IKEA.  I’ve visited one maybe half a dozen times, and they have a 200-square-foot apartment model in the stores.  Have you ever seen that?

Steve Pomeranz: Tiny, yeah.  You got the 200 square feet, right?  That’s like 10 by 12 …  No, I’m sorry, it’s not 10 by 12.  It’s whatever by whatever, but the bottom line is that you’ve got a bed on one wall.  Then there’s another wall, maybe with a dresser, and then when you come back around with the other wall, there’s the kitchen, which is right next to the bathroom, which is …

Terry Story: And I actually saw a tiny house for the first time.  I was up in Maine just a few weeks ago, and there was a tiny house on a property, and the shower was actually outdoors, but it was teeny, and two people were living in it.  It was like, the bed was above the kitchen.  The place was immaculate, and this person told me he feels very comfortable living in there.  I’m like, “Wow.”

Steve Pomeranz: Well, there is a move-

Steve Pomeranz: Yeah, move to smaller houses.  Talking about houses, and talking about not so much their size, but their price, we’re starting to see a big uptick in house flipping now.  Tell us about that.

Terry Story: Yeah.  We’re seeing that, for the second quarter 2016, it was up 14% from the previous quarter and up 3% from a year ago.  The home flipping has increased, and we’re probably towards the peak of it.  What we’re also seeing is that the small operator is able to get into this environment, where before, it was just the big guys buying up everything.

Steve Pomeranz: Yeah, so now banks are getting more competitive.  They’re lending money a little bit more freely, so more average people can buy a home, and they can buy an investment home and start to flip it.  The profits on these right now are really incredibly good.  Tell us about that.

Steve Pomeranz: Well, especially when you’re dealing with houses that are under $200,000 on which you can probably borrow some money, so you’re not even putting in the full $200,000, and, if you’re making 40, 50, $60,000 profit per, that’s a huge incentive for people to get in.  What will most likely happen is everybody will start rushing towards this, and I think we’re starting to see that now.  At some point, it’s going to peak when too many people get into it, the profits start to decline because the price you have to pay will go up, as more competition comes in, more people bidding for the same homes, and the profits will squeeze.  Then when the cycle ends, a lot of people are going to get hurt.

Terry Story: That’s right, and you got to remember, you always have to have an end user.  When you’re in the flipping business, you’re taking a house, making it nice, and then reselling it. So as long as you have an end user still buying these properties, and the people buying, the end users, are people that want to live there.  They don’t have the money to make the improvements to the home, so they’re wanting to buy homes that are already done.

Steve Pomeranz: If you’re buying a flipped house, be very careful because the person who’s in there speculating may only dress up the property, may not fundamentally fix what’s truly broken.

Terry Story: Lipstick on a pig.

Steve Pomeranz: My guest is Terry Story.  This is our Real Estate Roundup Guide. Terry is a 28-year veteran with Coldwell Banker located in Boca Raton, Florida, and she can be found at terrystory.com.  Thanks, Terry.

Terry Story: Thanks for having me, Terry.