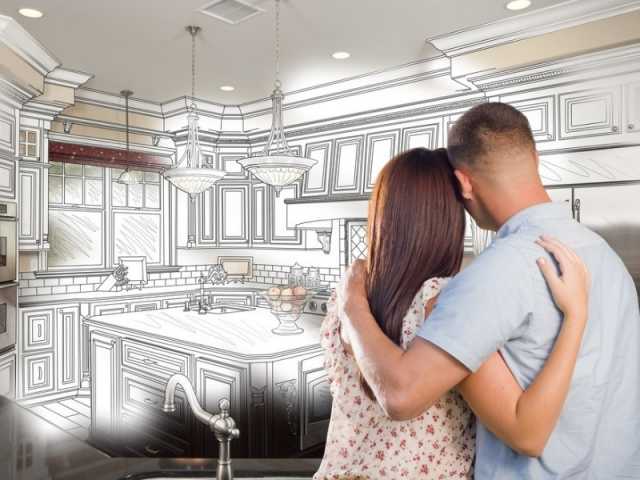 Terry Story, 30-year Keller Williams veteran and all-around fun person to talk to, had some thoughts on recouping a remodeling investment.

Terry offered estimations on manufactured stone veneer, minor kitchen remodels, deck additions (not really a thing in South Florida), pool additions (that’s more like it!), siding, doors, and vinyl windows (Terry got carried away on a Three Little Pigs analogy; that’s why we like her).

The Impact Of Impact Windows To A House

Steve asked about impact windows, and Terry gave the example of a seller of a $1.4 million home considering the installation of impact windows at $100,000. The question: can the seller recoup the $100,000 investment? The answer: try lowering the price first. Terry answered that when a seller gets told a house needs this or that before it will sell, the prospective buyers are actually saying they can’t see the value of the house for the listed price. In other words, the house has been priced too high.

Terry added that since impact windows won’t withstand the force of  flying objects during a hurricane, the better choice might be to buy good insurance

Do Not Proceed With Two Brokers

Steve Pomeranz: A lot of people are remodeling their homes rather than selling or buying a new home.

Steve Pomeranz: So it brings this question up as to whether you can recoup, or to what amount can you recoup, different projects that you may have?

Terry Story: Well, I always say when you remodel, do it for yourself, but keep in mind one day you may want to resell it. So don’t go way crazy on the deep end in what you do and make it so out in right field it’s not attractive to many people. But having said all of that, Steve, the average recoup is about 66%, I would say.

Steve Pomeranz: So for every dollar you spend, the average is $0.66 that you’ll get back on that.

Terry Story: So what does that look like? For example, people always ask, well, should I do this, should I do that? If you were to change out a garage door, it’s about 97%.

Steve Pomeranz: So garage doors, I always see that at the top of the list.

Terry Story: I know, why? This must be an up north thing, I don’t know.

Steve Pomeranz: Well, either they’re very cheap, or, you know what it is? It could be curb appeal.

Steve Pomeranz: Okay, because you know how important curb appeal is, right?

Steve Pomeranz: Right, so you got that ugly, scratched up-

Steve Pomeranz: Wooden [LAUGH] but anyway, everybody, replace your garage doors without worry.

Terry Story: It depends, I mean what are they basing it on? So let’s say the median price home, we just read, is like 256.

Terry Story: Yeah, a pool would be more.

Terry Story: Replacement of your siding, that’s a big thing up north and in other parts of the country, 75%. Steel entry door replacement, 75%; vinyl window replacement, 73%; fiberglass [INAUDIBLE]

Terry Story: I have no idea.

Steve Pomeranz: I’m going to look into that.

Steve Pomeranz: Was vinyl one of them [LAUGH]?

Terry Story: Well, I mean how good is vinyl for windows?

Terry Story: And wood window replacement, so all of these that they’re showing these are the top ten projects. They’re running anywhere from 70- 95%.

Steve Pomeranz: Okay, I have a Florida question for you.

Steve Pomeranz: [LAUGH] And I know you have some experience in this, what about impact windows?

Steve Pomeranz: Tell us what you know.

Terry Story: Okay, impact windows and age of roofs are probably my two biggest issues. So, for example, I had a gentleman who’s got his house up for sale; he’s asking a million four. Everybody coming through—it’s a big house, like 5,000 square feet—everybody’s, but, ah, it doesn’t have impact windows. Well, the impact of that is probably, I don’t know, we haven’t priced it out, but I’m going to say it’s $100,000 investment.

Terry Story: So the seller’s like, oh, okay, I’m getting tired of everybody telling me it needs this, it needs that. What if I go out and install impact windows, why don’t I spend the $100,000?

Steve Pomeranz: Number one, if he’s not getting any kind of action on the house because of this issue. Then having impact windows will take away that obstruction to the sale.

Steve Pomeranz: Is it an excuse?

Terry Story: And here, you just said it, it is an excuse. At the end of the day, when you hear, it needs this, it needs that, what it’s really saying is, you’re priced too high, I don’t see the value at the price that you’re asking.

Steve Pomeranz: So under that scenario, the real scenario, right?

Terry Story: The moral to this story is-

Terry Story: And I told him, just reduce the price of the house to where the market is, the market’s not accepting our price.

Steve Pomeranz: Okay, well, that’s good, so what have we learned from impact windows? First of all, if you’ve got 5,000 square feet, do you really want to put up corrugated sheet metal [LAUGH]?

Terry Story: No, no, [LAUGH] plywood on the second floor, huge sheets of very large windows, no.

Steve Pomeranz: When you’re hiring people to do this, it’s a huge…I will tell you, though, there is a downside to impact windows. Okay, so I’ve been down in Florida for a really long time; I’ve lived through a lot of hurricanes, and we used to put the corrugated sheet metal up on there; and at one time, we used to tape our windows.

Steve Pomeranz: And we thought that was smart, that was really stupid, but we thought it was smart. Anyway, what was going on outside, stayed outside because you couldn’t see it.

Steve Pomeranz: But with impact windows, you can see everything.

Steve Pomeranz: [LAUGH] And you feel like it’s the Wizard of Oz.

Steve Pomeranz: And you’re Dorothy in the house!

Terry Story: [LAUGH] I enjoyed it actually, but what people don’t realize, these impact windows will crack, okay?

Steve Pomeranz: Under a certain, what do you mean they will crack?

Terry Story: They will break, they won’t-

Terry Story: So now you have cracked windows that you have to replace, so you might be better off keeping your impact windows and accordion shutters.

Steve Pomeranz: Oh, my gosh, okay. So we only have a little bit of time left, but I do want to go through this one letter to Dear Ann. And it says: Dear Ann, my seller and I had a falling-out (now this is a broker writing to, I guess, a broker magazine or something). My seller and I had a falling-out; he asked me to cancel our listing agreement and, at first, I refused. But upon consideration, I told him that we would release him if he paid the cancellation fee. The seller said, absolutely not, he’s not paying no fee, and so they’re still in limbo as I write, as this broker says. Add to this that a new broker was brought on board; and they actually took out the first broker’s sign, put in the new. That started a fight and now she’s asking the question—the broker’s asking the question—is this ethical with regards to how brokers are allowed to treat-?

Terry Story: Yeah, no wrong, wrong, wrong, wrong. We have to take a code of ethics and this is right at the top of the game here. First of all, the second broker needs to ask the seller what kind of listing agreement do you have? So if it’s an exclusive right to list, which most of them are, you can’t just willy-nilly decide, oh, okay, you don’t like your first broker, now I’m your broker. It doesn’t work that way. You need to make sure, and for me, I would insist in seeing something in writing, saying that they’ve been released. You’re also protecting, you have an obligation to that seller, too. You don’t want to jeopardize that seller and put them in a situation now where the seller may owe two commissions because of your aggressiveness in insisting on going ahead and being the second broker. Even though it hasn’t been released from the first broker.

Terry Story: As realtors, we need to follow our code of ethics and watch and protect the sellers.

Steve Pomeranz: Okay, yeah, I can understand the seller’s point of view of not wanting to pay the cancellation fee because if you believe that the broker underperformed, then in a sense, you feel there’s a breach of contract. But then the broker says, well, I put in this time.

Steve Pomeranz: I’ve done the advertising and all of that, and so I need some compensation for that. So we can stand in limbo, kind of like the government shutdown!

Terry Story: [LAUGH] Right, exactly, until the listing expires. Now what that seller should do is reach out to the broker—not the agent, but the broker—go above the agent, go to the broker and see what deal can be made. Honestly, if a seller doesn’t want to work with me, I shake their hands, let’s part as friends, and let’s go.

Steve Pomeranz: Well, that’s why I have you on the show, Terry Story.

Steve Pomeranz: Terry is with us every single week, she’s a 30-year veteran with Keller Williams, located in Boca Raton, Florida. And she can be found at terrystory.com. Thanks a lot, Terry.