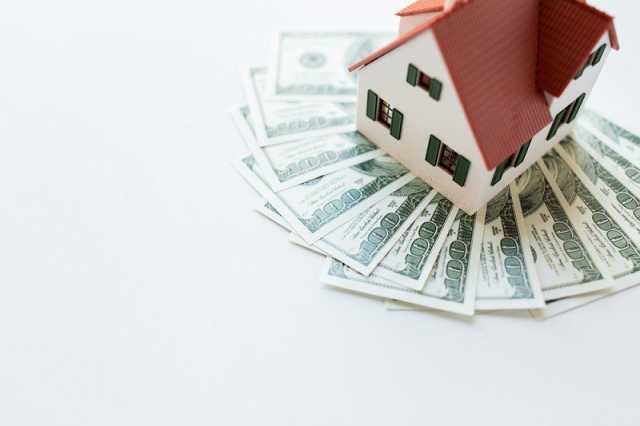 This week we begin Terry Story’s Real Estate Roundup with the question that’s always on the minds of home buyers and sellers:

Are home prices rising or falling?

Terry reports the findings of the S&P Core Logic Case-Shiller 20-City Index Report which shows a rise of 5.1% in August after a 5% gain in July.

The highest gains are in the Seattle and Denver areas, a reflection of better employment figures and rising pay rates. Other notable cities in this category are Dallas, Miami, and San Francisco.

Terry says that for the coming year, it’s predicted that the majority of home purchases will be those of first-time buyers. Low inventory and high prices are somewhat balanced out by easier mortgage qualification and low-interest rates which make ownership more affordable.

The most desired features trending for these primarily young first-time buyers are safe neighborhoods, more space, and larger yards, all of which indicates a heavier move to the suburbs.

The hottest times to buy that house

Typically, spring and summer are when realtors see the most activity owing to the school calendar, but this varies around the country and certainly in Florida with its steady influx of retirees.

How has the rental market changed in the past year?

Terry says the rental market is still hot and points to an average annual gross rental yield of 8.7% as the draw for investors. Of course, this doesn’t take into account costs of maintenance and upkeep and the risk of vacancy, all of which still allows room for profit.

Steve Pomeranz: It’s time for Real Estate Roundup, this is the time every single week we get together with noted Real Estate Agent, Terry Story.  Terry is a 28-year veteran with Coldwell Banker located in Boca Raton, Florida.  Welcome back to the show, Terry.

Steve Pomeranz: As we always do pretty much every single week, we talk about the price of homes.  Are they rising, are they falling, what’s the latest?

Terry Story: Steve, they’re still climbing.  When we looked at the numbers for August, they rose.  There’s a report called the Standard Poor Corelogic Case-Shiller 20-City Index Report, and it rose 5.1% in August after a 5% gain in July.  The momentum is still moving forward, the prices are still rising.

Steve Pomeranz: Where basically are they concentrated in?

Terry Story: The areas that we’re seeing the highest gains are in the Seattle area, the Denver area.  They’re reporting the highest gains.  The reason for it, Steve, you’re still seeing steadily hiring, lower mortgage rates, and some early signs of rising pay which has encouraged more Americans to get out there and buy homes.

Steve Pomeranz: Okay.  Well, you know interest rates have been rising and the 10 year—which is the benchmark for mortgage rates—is now at about a 1.85% yield.  That’s up from maybe 1.4 when it got to its lowest point this year.  Let’s say the average has been 1.5, 1.6, so I would think that we’re going to start to see an uptick in mortgage rates sometime pretty soon.

Terry Story: Sure, and we’re still dealing with low levels of inventory.  The number of homes for sale has fallen nearly 7% from a year ago.  When you have the inventory falling, the prices are going to continue to rise.

Steve Pomeranz: What about in other places, like Dallas or Miami or San Francisco?  How are home prices doing there?

Steve Pomeranz: Above average then?

Terry Story: There’s no complaints.  Then, home prices went down 35% from their peak in July of 2006.

Steve Pomeranz: What about my house, Terry?  Nah, forget it.

Terry Story: I’m sure it’s worth millions of dollars more than what you paid for it.

Terry Story: Well, the first thing that they’re predicting is that the first- time home buyers are going to make up the majority of the 2017 home buying.  They’re predicting 52% of the new buyers are going to be first- time home buyers for next year.  We’re also looking at affordability and mortgage qualifying is expected to replace that lack of inventory, which is one of the largest barriers to home ownership.  That’s a prediction for 2017.  Also that the buyers are looking for safe neighborhoods, more space, and larger yards is their top items in looking for single family houses.

Steve Pomeranz: Yeah, makes sense.  Makes sense.  It seems to me you’re saying that since it’s such a large increase in first-time home buyers, that the millennials are finally getting old enough now.  They’re forming families, and now they’re looking for stable places to live in safe neighborhoods, and so on.

Terry Story: Right.  Having said that, the competition for the suburbs is going to get heated because that’s where you’ll find the larger yards, more space.  We anticipate the suburbs are going to be real hot in 2017.

Terry Story: It’s always going to be spring and summer.  A lot of that reason, Steve, especially single family homes, is because for the school year.  People want to get their kids situated.  A lot of people when they’re relocating tend to move during the summer.  Spring and summer tend to be, and will continue to be, the hottest times of year for home searching.

Steve Pomeranz: Of course, it’s going to vary around the country.  Obviously, if you’re in the northeast or something where it’s getting really cold, things will probably really slow down.  In Florida, they would stay pretty steady, however, there’ll be a surge during those times to get in for the school year, the upcoming school year.

Terry Story: That’s right, and we also have a lot of the retirement homes and they tend to sell in the winter months.

Steve Pomeranz: Yeah, totally.  The rental market, it’s been hot for a really long time.  Everybody’s starting to think about, or talk about, “Maybe I’ll buy a house and rent it out.” and so on.  Is this a good time to invest, or what are some of the numbers that you’ve seen recently about the return on that kind of investment?

Terry Story: Sure.  Well they’re claiming that the average annual gross rental yield, which is the monthly rent annualized divided by the median home price, is showing to be at 8.7%, which is down from a year ago.  Really, the market for the rental is still fairly strong.  This 8.7% return, that doesn’t take into account, Steve, your cost for maintenance and upkeep…

Terry Story: …vacancy, and all of that.

Steve Pomeranz: Let’s talk about that for a minute.  If I take the median price of homes in a particular area, and then I take a look at the amount of rent, let’s say the average amount of rent that’s received, and monthly rent.  I annualize that number, I divide it by the average price of the house, I get a renter income yield so to speak.  You’re saying that’s 8.7%, but there’s more to owning a home than just buying the house and renting it because there are some risks.  You have the possibility of vacancy, so that’s going to lower your yield.  You have maintenance, you maybe have to replace a refrigerator, or an air conditioning unit, or whatever it may be.  Upkeep the pool, whatever it might be.

Terry Story: I think the real return is somewhere closer to 5%.  Every area is different, but I think in my particular area if you talk to investors, it used to be the gold standard 10%, but it’s more like 5%.

Steve Pomeranz: Five sounds kind of low for me.  If I were to go through all of that work to find a house, to pay the closing costs, if I rent, if I get a mortgage on it and so on for a 5% return.  Of course, however, if you’re mortgaging you’ve got leverage, so on your invested dollar the return is actually going to be higher.

Terry Story: You’re forgetting the other component to it, home appreciation.

Steve Pomeranz: Yes, that’s a good possibility. Terry, in general, how’s business?  How active are you and your colleagues in your local area?

Terry Story: Well, the market always tends to slow down a little bit in September.  Once the kids get back to school, we see a little bit of pull back, and then the snow birds start to come in.  We’re starting to see them coming in doing a lot of seasonal rentals right now, and people looking to purchase a property more long-term in the 55+.  The single family market has remained constant and steady.  Homes that are priced below the median home price point, which in my particular marketplace would be somewhere in the mid 500’s, those tend to be moving.  You get to a price point that’s above that, it tends to slow down.  Once you get to a number say, over a million, more of the luxury, there seems to be a little bit more of an uptick.

Steve Pomeranz: Okay, so kind of a bar bell.  What about in the very low side of the market?  You seeing any activity there, the 250?

Terry Story: They sell, they sell…

Terry Story: Not many in the Boca Raton market.  At one point, I had looked for something under 250.  I think there were three single family homes that were not in an adult community or associated with a country club.

Steve Pomeranz: My guest as always, Terry Story.  Terry is 28-year veteran with Coldwell Banker located in Boca Raton, Florida.  She can be found at terrystory.com.  Thanks Terry.