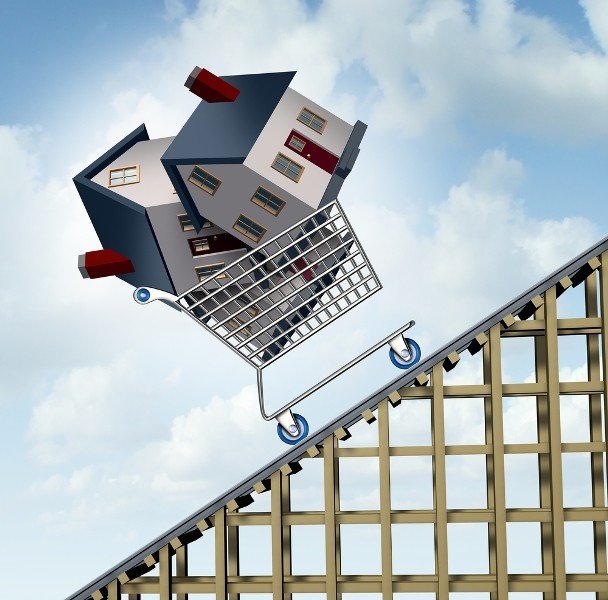 Terry addresses November 2015’s rising home prices and all-time highs in select markets such as Dallas, Denver, San Francisco, and Portland, areas that have fully rebounded to pre-crash levels, causing tight inventory and affordability issues. She sees inventory of “saleable” properties (those which pass the 4-point inspection and are otherwise desirable) as the biggest issue right now. Buyers want to buy but don’t want to over-pay.

And she still sees appraisals lagging the market, where comparable homes are hard to find, making home values hard to peg down. But buyers can work around lower appraisal prices by negotiating with the buyer or putting up the difference as cash, because the lender will peg to the appraised price.

She also addresses new home sales, which were up 11% in December 2015 due to seasonally warm temperatures, especially in the northeast. She attributes this to steady job growth, low unemployment, and an uptick in wages—all of which are positives for the home market. People are also still eager to lock in low interest rates, which is spurring home sales. The strength of the U.S. dollar versus the Canadian dollar is also driving some sales by foreign owners who are keen to cash out and repatriate funds back to their home countries. However, Terry believes in holding on to homes for the long-run rather than trying to run a quick profit.

Steve Pomeranz: It’s time for Real Estate Roundup. This is the time every single week we get together with noted real estate agent Terry Story. Terry is a 26-year veteran with Coldwell Banker located in Boca Raton, Florida. Welcome back to the show, Terry.

Steve Pomeranz: Home prices are rising or rose in November and 4 cities saw all-time highs. Tell us about that.

Terry Story: This is excellent news. Home values nationwide, and some places have recovered to their July 2006 peak. Some of the areas that we’re referring to Steve are Dallas, Denver, San Francisco, and the Portland, Oregon area. Then, you’ve got a couple of others that are just right behind, like Charlotte, North Carolina. These areas have fully rebounded to prior to the crash in 2006.

Steve Pomeranz: I guess because prices are rising now, we may be getting into that zone where there may be some affordability pressures?

Terry Story: That’s right. The biggest issue always seems to be our tight inventory level. We talk about it all the time, supply and demand.

Steve Pomeranz: All the time.

Terry Story: Inventory levels are low, prices are rising, cost to borrow money is still low, demand is strong. Our biggest issue is not having enough inventory. We could actually sell more homes if we had the inventory to sell. When I say inventory, Steve, there’s always a supply of homes out there, but it’s sale-able property.

Buyers today are not going to just buy a house because you put a price tag on it. They have their limitations, and they’re not willing to overpay. They’ll pay market value, but they’re not willing to overpay. Any sellers out there thinking to themselves, “Why? My house hasn’t sold. I wonder why?” They need to take this into consideration, not everything will sell. There’s always a price tag for it.

Steve Pomeranz: I want to make this clear, when you say sale-able you’re really talking about price, you’re not talking about the condition?

Terry Story: It can be condition as well because some properties aren’t sale-able or limited to cash buyers. We have restrictions or limitations because of insurance restraints. We have something called a 4-point inspection, and it includes your roof, electrical, plumbing, and air condition/heating systems. They all have to be in acceptable order for  insurance to insure them. If you’re getting a mortgage, mortgage companies insist that you have insurance, and if you can’t get insurance, then you can’t get a mortgage. Certainly, a cash buyer can buy a house without insurance and a home can be sold, but condition has to be taken into consideration. The price comes down the poorer the condition of the property.

Steve Pomeranz: What’s the market for appraisals these days? Remember, we always talked about how appraisals lag the market when the market is down and rising, the appraisals come in too low.

Terry Story: We do see that and we’re still seeing that today. It’s still today. The prices are still rising, and then a lot of it is just trying to find comparable homes. I just had one the other day that I knew it should appraise all day long based on my experience and knowledge of the marketplace, however, when I tried to … not only did I try to find a comp but the appraiser find a comp, it was very challenging. I couldn’t find something of similar size, age, quality, location. That’s where it becomes a little bit of a problem for an appraiser, because they too have limitations as to what they can use as comparable. Of course, there’s always more limitations placed on these different things. Appraisals still become an issue.

Steve Pomeranz: You’ll have to put up the difference.

Terry Story: Right. The buyer can put up the difference. The buyer can try to negotiate a lower price with the seller. Those are basically the options.

Steve Pomeranz: You were talking about this lack of inventory or the squeeze of not having enough inventory, but new homes sales, new home sales were tremendously positive in December. Is there some relief in that area do you think?

Terry Story: It’s interesting. I’d love to know. I think a lot of it had to do with the weather, with the seasonally warm temperatures. Usually, December is a quiet month especially in the Northeast, but new homes sales surged 10.8% last month, which is really, really high. They accelerated sharply in 2015 rising 14.5% for the entire year. There is a steady growth in new construction. A lot of if has to do with the overall economy, steady job growth, lower unemployment.

Steve Pomeranz: We just saw that last week, last Friday it came in unemployment was at 4.9%. There were 150,000 new jobs. There is no question that more people are getting employed, and I also noticed that incomes were up 0.5%, which was a very healthy sign that the economy is doing well, and there’s a little tightness in the labor market, which is finally causing wages to rise, and that’s got to be good for the real estate market.

Steve Pomeranz: This surge in 2016, is it possible that it’s because of the warm weather, it’s taking a little or stealing a little wave from the new home sales in 2016?

Terry Story: That’s very possible. What also you have to factor in is the interest rates. Any time there’s a fear of interest rates.  When you purchase a home, a new construction, a lot of times people are locking in at lower prices. The unknown is always the interest rate. There are some programs that allow you to extend locking longer dates on new construction, but people want to take advantage of that because a lot of times it takes about 6 months for a home to be built, and you’re buying at today’s prices, yet you don’t know where it’s going in the future. A lot of people want to go ahead and lock in, and I think that does have an impact on new construction.

Terry Story: We’re starting to see that, Steve, yes. They took advantage of the marketplace when the prices started to climb and their dollar was stronger, and they purchased a lot of property in the United States, and now, today, we’re starting to see that a lot of the time, be it their investors or they’ve owned it long enough, they want to go ahead and cash out, and especially in places like Florida.

One agent in particular is claiming that he’s seeing a surge of cashing out. I haven’t seen a surge, but it would be a good time if somebody was trying to time the market. For me, the way I look at real estate, you buy it because it’s something that you want to enjoy as a winter home. I can certainly see as an investor, maybe this would be a good time. You came in real low, cash out, and take the money and run, but from a real perspective of a true Snowbird or as we call them Snowflakes in some cases, if they’re using the property, it wouldn’t make sense to go ahead and sell it, just continue to hold onto it and ride it out.

Steve Pomeranz: I always look at things from an investor point of view. Unfortunately, we are out of time. My guest, as always, is Terry Story. Terry is with Coldwell Banker located in Boca Raton, Florida, and she can be found at terrystory.com. Thanks, Terry.