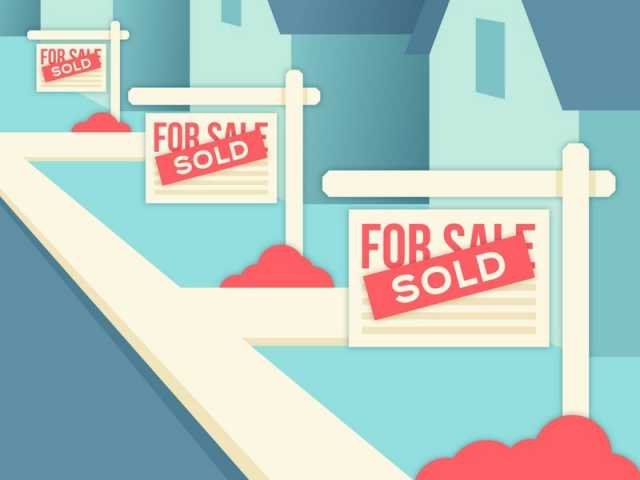 Steve and Terry start Real Estate Round-Up by talking about home prices, which were up 5.6% over August 2016 to a median of $253,000 across the U.S., for the 66th straight month of year-over-year gains.

To emphasize how much this is a seller’s market, Terry shares a story where she listed a house for $350,000 right after Hurricane Irma and thought she wouldn’t get any calls.  Instead, she got five offers, including one that was $10,000 over the asking price, all within one day of her listing the property!

Terry attributes this to the home being priced right and being in a hot neighborhood.  She says there are a lot more first-time buyers in the $350,000 range than there are for higher-priced homes because fewer people can afford expensive homes, so higher-priced homes take longer to sell. To Steve’s question on a property listed at $650,000, Terry says it would stay on the market for about 30 days, if it’s priced right.

Moving on, Steve notes that interest rate on mortgages, and the 10-year Treasury rate that they are pegged to, have come down.  Terry adds that while everyone thinks rates are going to rise, they have actually been going down, with the 30-year mortgage rate now at about 3.78 percent, down half-a-percent from its peak of 4.3% earlier in the year.

So if you’re looking for a mortgage and are wondering what the rate is and whether it’s going up or down, Steve recommends doing a Google search for ‘ten year Treasury note’ and looking for sites that shows you the 10-year Treasury yield, either daily or minute-by-minute.  You’ll then know if your mortgage rate might go up or down, and this can help you lock in a mortgage.

Terry adds that the rate on a 15-year loan is 3.08 percent, down from 3.12 percent, making the 15-year mortgage very attractive.  Steve puts this in context by noting that computer giant Apple pays about 3% for its 15-year loans, so mortgages now offer really cheap money, with home buyers borrowing on almost the same terms as Apple!

So now, ironically, as home prices are rising, nobody is selling.  Terry attributes this to homeowners’ reluctance to sell because of the lack of inventory should they want to buy another home.  And the realtor in her laments that the housing market could have been so much better, if only there was more inventory!

In wrapping, Steve and Terry jokingly share their very different experiences of living through Hurricane Irma, with Terry blaming her Internet outage for wanting to go out and see the storm up close and personal.

Steve Pomeranz: It’s time for Real Estate Round-Up. This is the time every single week we get together with noted real estate agent Terry Story. Terry is a 29-year veteran with Coldwell Banker located in Boca Raton, Florida. Welcome back to the show, Terry.

Terry Story: Prices, you know what? If you look at the median existing price for all types of property for the month of August, it was 253,000.

That’s actually up 5.6% from August of last year.

Terry Story: Yeah, it really is.

Steve Pomeranz: It doesn’t sound right. But when you’re talking about a full $13,000 in one year, that’s a lot of money.

Terry Story: And this is the 66th straight month of year-over-year gains. So, you can see the trend is still rising.

Steve Pomeranz: It was, I don’t know, it was like 30 months or something.

Terry Story: Yeah, it was crazy.

Terry Story: We had that many months of the inventory.

Steve Pomeranz: 30 days, so that’s a seller’s market, I guess.

Terry Story: That’s very much a seller’s market. And interesting, I’ll give you a little story. Right after Irma, I put a house up for sale, and I thought I wouldn’t even get any calls. I mean, literally it was right after the storm, had nothing to do with the storm.

Steve Pomeranz: So, wait a minute, this is currently happening?

Terry Story: Yeah, this is currently happening, as we speak. So basically, if the home is priced right and it’s in a hot neighborhood and especially, it’s different price points.
This particular property was 350,000 which is a real hot market here in south Florida—days on market, it’ll be one.

Steve Pomeranz: Okay, so would you say not so hot, or-

Terry Story: Well, no, it’s not. Well, the interesting thing is, think about it this way. So, the person who sells the house for 350, if they’re moving up they’re probably jumping up to the five to six range.

So, in order to sell that 350 house, you need the first-time home buyer. Well, God knows, we have a ton of them, and so when you go into the 650, as you go up the price point, it is a smaller market because there are fewer people that can afford it.

650 in my particular marketplace is a little bit above the median home price, so it’s a strong market.

Steve Pomeranz: The actual rate on mortgages and the rate on the benchmark on which the mortgages are based, which is the ten-year treasury, those rates have come down, right?

Terry Story: Yeah, and people don’t realize this. We’re below 4%. Everything, we talk about this, beginning of the year, the rates are going to go up, and if you look at it from the year it’s actually been going down. I mean, it varies month to month but-

Steve Pomeranz: Where is the 30-year mortgage?

Steve Pomeranz: Yeah so where, I see at the beginning of the year, well, actually the peak of this year it got up to 4.3%. So, that’s a lot, it’s about a half a percent, wow.

Terry Story: And so if you just follow the ten-year treasury note, if that falls that seems to affect the long-term mortgage rates.

Steve Pomeranz: It does, it does. It’s really the benchmark. So, let’s say you’re ready to go for a mortgage and you’re wondering what the rate is and whether it’s going up or down. Google ten-year treasury note and look for a site that actually has the yield on a daily basis or a minute-by-minute basis.

And you can watch it from day to day. Is it 2.2%? Is it 2.29%? And if you watch that rate, you’ll know whether your mortgage rate is going to be going up or down if you’re looking to lock in a mortgage.

Obviously, if you’ve already locked in that doesn’t change but talking about as you’re looking for a mortgage, the ten-year treasury rate would be your bellwether or your benchmark to be able to tell.

Steve Pomeranz: Yeah, so you’re borrowing money for 15 years at 3%. I think Apple basically borrows money at about two and change for that period of time.

So, in terms of mortgages, this is really cheap money. You’re almost borrowing on the same terms as Apple, which is kind of amazing when you think about it. Of course, it is collateralized, you lose your house if you don’t pay, but nevertheless, that’s cheap money.

Terry Story: And how good the market would be if we only had more inventory.

Steve Pomeranz: Now prices have been going up for 66 months? Every month for 66 months and we just talked about that a few minutes ago.

And now ironically nobody is selling. I guess the prices haven’t, I mean, if you’re looking at basic economic theory, you would say that prices just haven’t gone up enough to spur people, those homeowners, to get out.

Terry Story: Yeah, and part of the problem is those homeowners look at what they can buy, and they’re like there’s no inventory.

Steve Pomeranz: [LAUGH] And there’s no inventory for them.

Terry Story: Because if they sell, they have to go somewhere.

Steve Pomeranz: No, you do, yeah, so it’s almost like you’ve got to go out of town. So maybe, with Hurricane Irma, we’re talking about South Florida again. It’s where you know and where I know.

Maybe that will dislodge some people that go, “I’m sick of this, I’m afraid of the hurricane.” We only got a category two. But one thing that I was saying was we have hurricane windows.

Steve Pomeranz: So we don’t have shutters, so you can see what’s going on outside.  I felt like I was in an IMAX theater.

Steve Pomeranz: I was scared. [LAUGH]

Terry Story: You were scared?

Steve Pomeranz: I’ve been down here a long time, and this is the first time I was looking at this thing going, I don’t like what I’m seeing.

Terry Story: Steve, I had my garage door open and I was watching during the tornado warnings to watch trees. I wanted a different view. I got tired of looking out the backyard, so I decided I wanted to see what things were going on in front of the yard.

Steve Pomeranz: Or you’re really bored. Yeah, I know why, because you had no Internet, that’s why.

Terry Story: I had no Internet.

Terry Story: I had to do something to keep myself entertained.

And by the way, don’t forget to hear this interview again, always come to stevepomeranz.com. Thanks for joining us, Terry.